Looking For Wildflowers And Finding So Much More 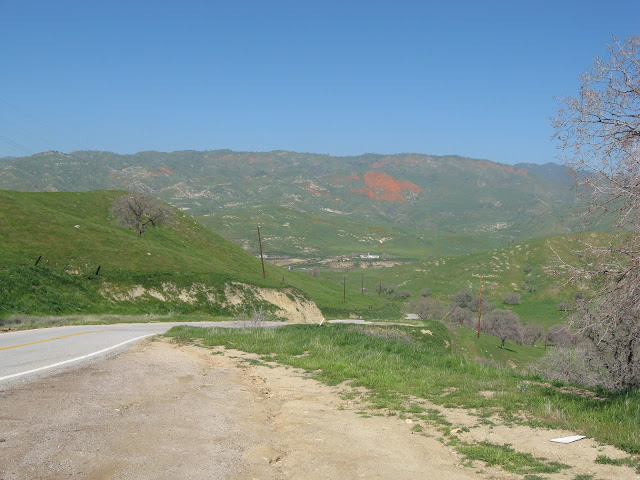 Last week, Mary and I drove west down the mountain to a place called Caliente. This, of course, is Spanish for HOT and since it usually looks like this as you drive by: 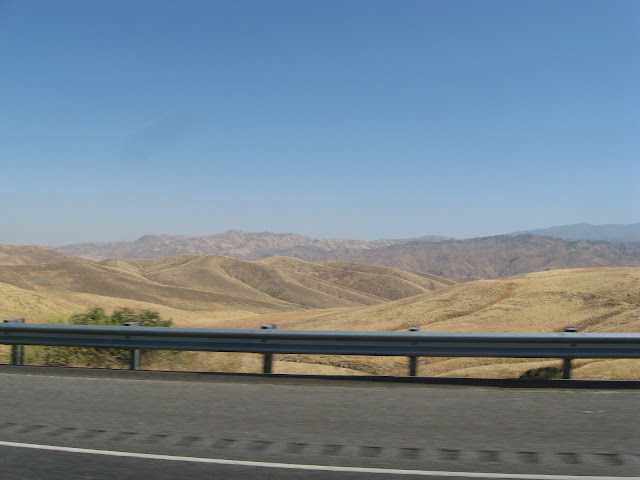 it is, indeed, well-named. But now it's early spring, after a winter that gave us some much needed rain, and Caliente and the surrounding hills look more like Ireland than California. The patches of orange you see on the side of the mountain, both in my header photo and the top picture here, are California poppies. 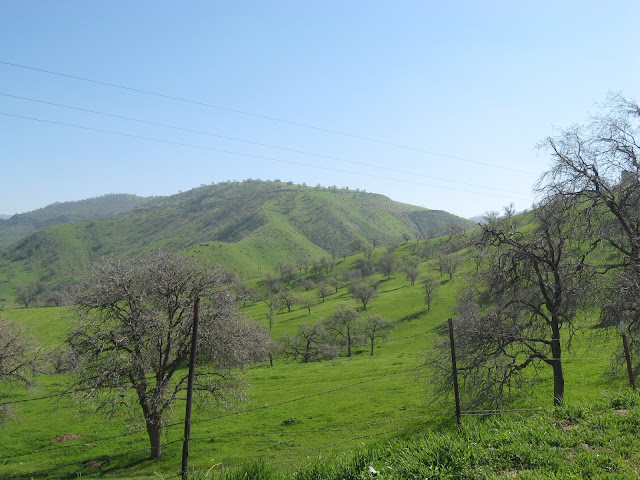 This is the prettiest landscape I have seen in a very long time. I inhaled the beauty of the green grass, and 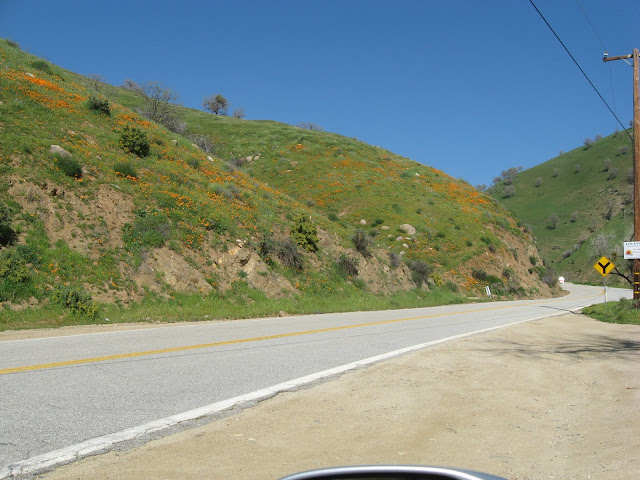 the orange poppies along the wayside. When we came to this fork in the road, I said to Mary, "let's take the left one." Something I soon came to regret. The road became more and more narrow as it climbed up the mountain, my stomach responding in kind. Janice, you are so right, no guard rails in California. At least not on back roads. Mary drove, which was good --  I could keep my eyes closed. 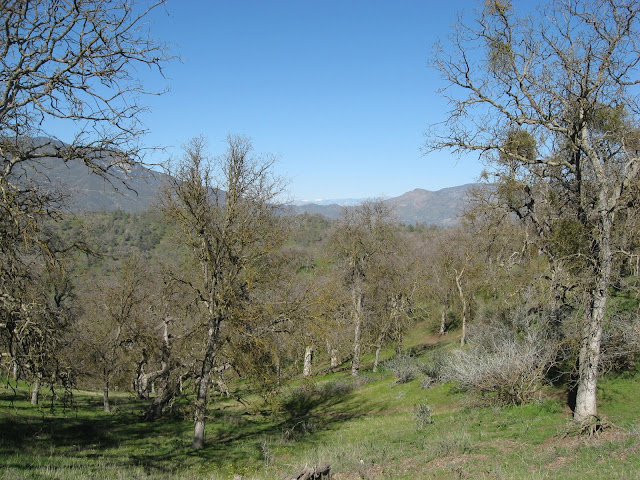 We stopped for a while along the road and I took a few pictures. This one of the snow clad Sierra Nevada mountains in the distance and the sad sight of almost every oak tree infested with mistletoe. 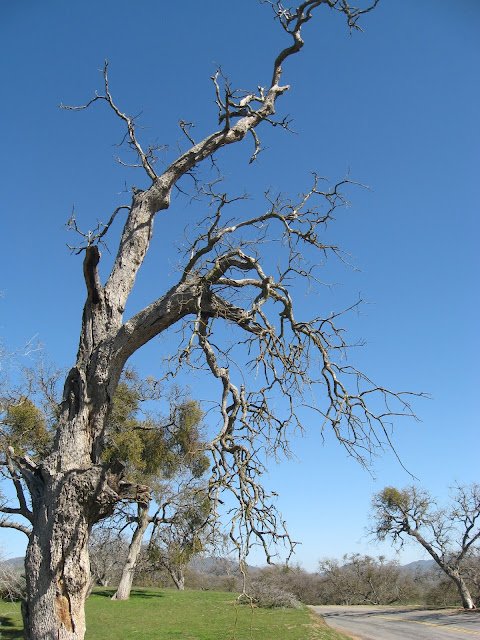 While mistletoe may be cute for Christmas kisses, out here it's a pest that can kill oak trees. I'm sure the trees are weaker now, due to the drought, and thus more susceptible. It was a very sad sight, all the dying trees. 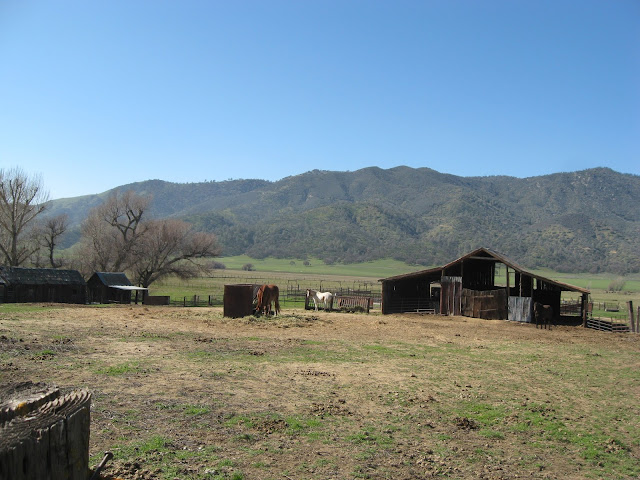 Mary drove like a champ and soon got me off the scary road down to a place called Walker's Basin. It is named after this guy: 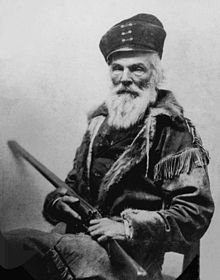 Joseph R. Walker, a pioneer and most likely the first white man to lay eyes on Yosemite Valley, California, according to Wikipedia. I got a feeling that this place that bears his name hasn't changed all that much, 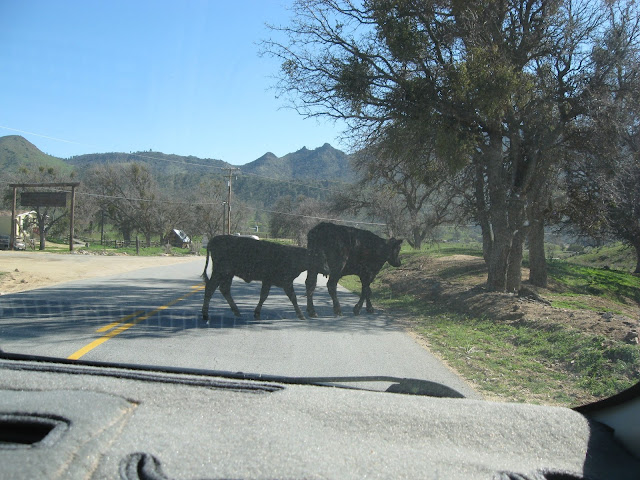 with free-ranging cattle crossing the road, horses grazing, and ranches spread out across the fields. 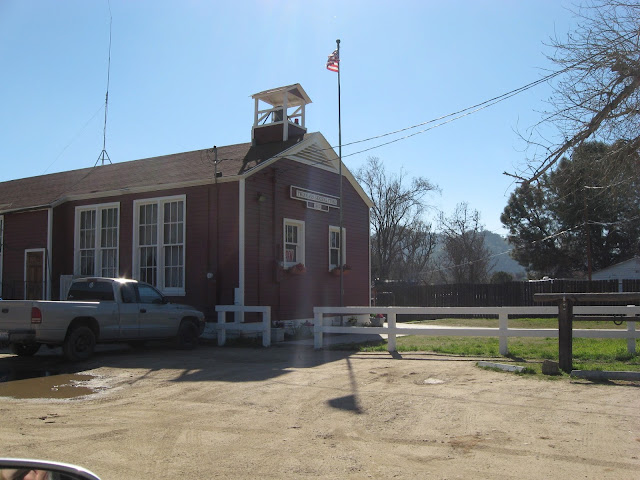 After a while, we arrived in Twin Oaks, a small community with this old-fashioned building, once a school house, now a general store and cafeteria. Mary and I took a break there and soaked up the country atmosphere. 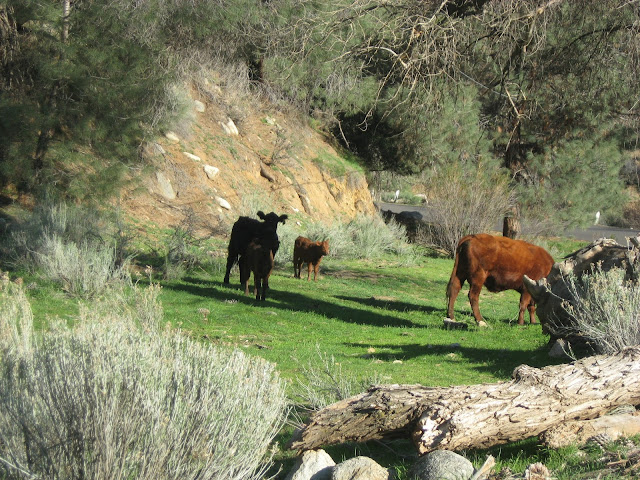 The road is circular, so, lucky me, I didn't have to cross that mountain again. As we drove back toward Caliente, it was getting late afternoon and we met cows heading home, many with tiny calves that looked no more than a few days old, if that. 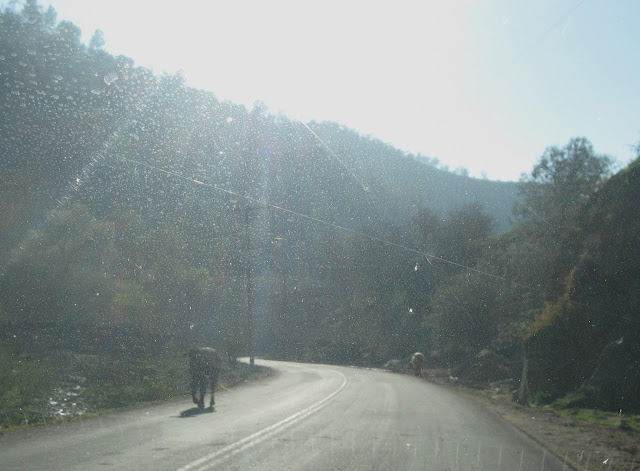 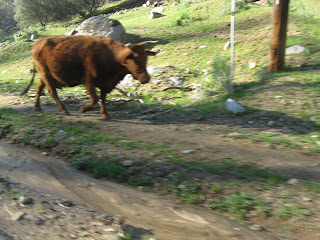 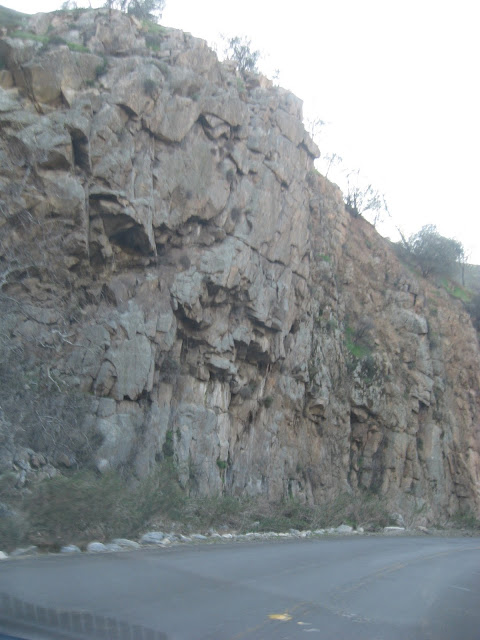 As we neared the end our road trip, the landscape changed drastically and became a deep canyon with sheer rock walls. 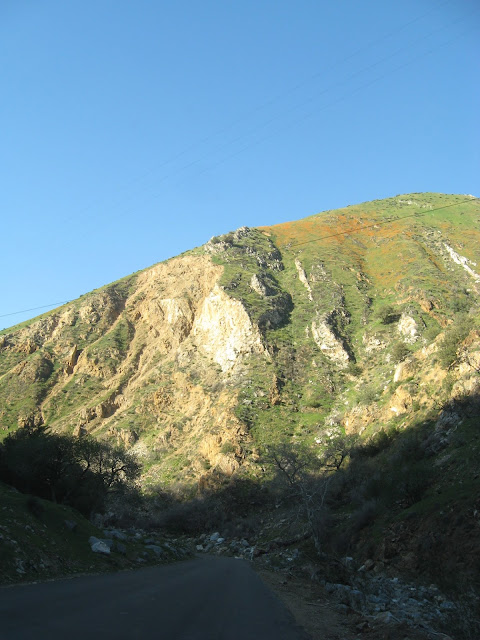 It was a lovely day, spent with someone who is now a very good friend. I'm learning that good things do happen after difficult times.

I know I haven't posted anything for a long time, but I haven't been blogger idle. I will post an update soon.