It feels really good to be back to blogging, Your welcoming comments on my post meant so much.

Earlier, I posted the story about Troika, my first dog. She was to be the first in a series where I wrote about the twelve dogs that have shared my life. Foundlings most of them, pure breeds some, mutts some, big and small, smart, silly, brave, fearful, all loving and adding so much goodness to my life.

This is the story of Troll, my second dog. The only dog I feel I let down, where I still feel guilty when I think of him, even though it all ended very well for him. I am, after all, not the only person who can provide a good home for a dog. 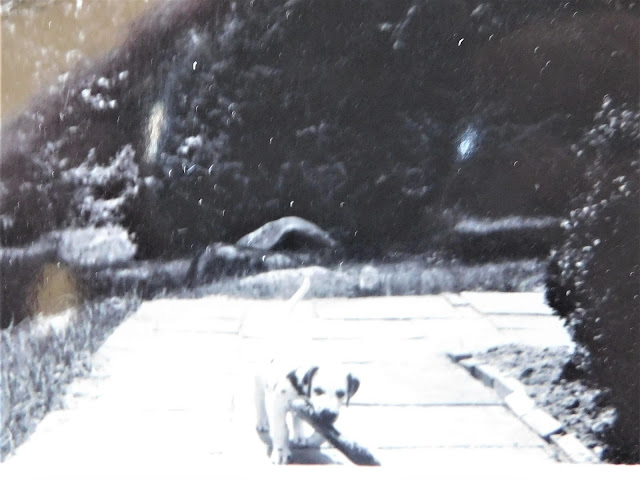 Once upon a long time ago, I was married and lived on 40 acres in the Sourland Mountains, about 13 miles outside Princeton, N.J. This was some years after the animated film 101 Dalmatians came out and I, as many others, was enamored by (or is it - with) these beautiful spotty dogs. So one day, my husband, Mike, and I set out to get a puppy. I named him Troll. He came to be the only AKC registered dog, purchased from  a breeder, that ever came to live with me. 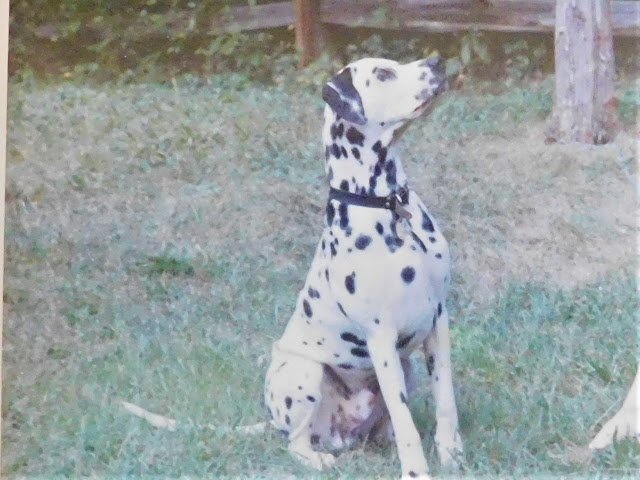 Troll grew up to be a very handsome dog, sweet and loving. Most of all though, he was a lot of fun. I swear, if dogs have a sense of humor, he had it. Always up to some mischief. He had this uncanny ability to find among our guests, the one person who really didn't like dogs at all. And bug them as much as he could until I had to come to the rescue.

I raised Troll myself, and like Samson and a few other dogs I have known, he had a very hard head. I trained him to do many things, he was bright and easy to train. If he enjoyed something, he would do it. He knew it all, but thought he knew best and could be very stubborn. I loved my Troll so much. Most mornings, we'd go for about a five-mile walk on country roads surrounding farm fields. Then we would run around the place and play. Oh, the energy one had at 25! 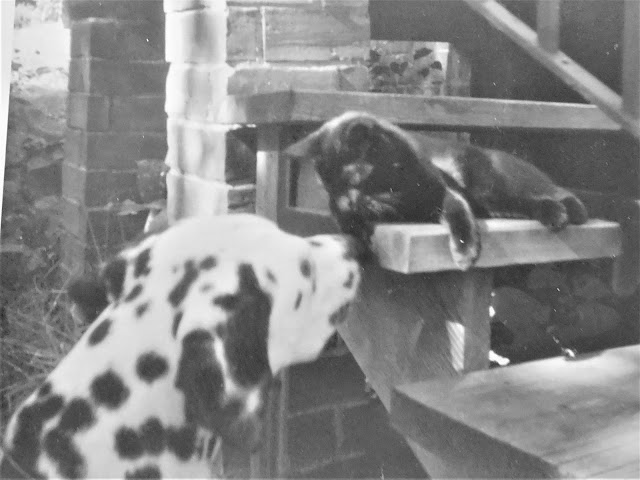 One evening, Mike and I were going somewhere when we spotted something moving by the roadside. It was two kittens someone had discarded. We took them in and they soon taught Troll what hid behind their furry paws. After a few nose scratches, the three of them became best buddies. Troll loved to play with them, not sure how they felt about it. 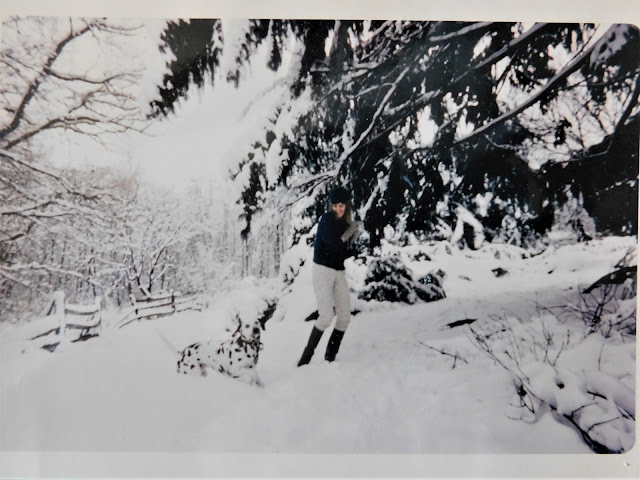 Sadly, Troll became a victim of Mike's and my divorce. I tried to take him with me, it didn't work, he was too young, too used to country life, too difficult to contain in a small apartment. Mike didn't want him, but we had a friend, who also happened to be Troll's favorite person, who agreed to adopt him.

I always felt guilty for leaving him, but so glad he ended up having a good life. I heard from friends who visited Troll's new family that he had been hit by a car, but survived. Troll always wanted to swim in our pool, but couldn't get in and out of it because of the way it was designed. But he swam a lot in his new family's pool and became a much loved member of this family.

Troll was my second dog and it would be many, many years, before I got my third. Several cats lived with me during the in-between years, and later too, together with the many dogs Errol and I took care of over our 30 years together.

I hope to write about one dog a month this year. My next dog was a Doberman Pinscher named Gypsy. I have no photos of her in this computer, so she will be my impetus to figuring all that out before the end of next month.

Just To Let You Know 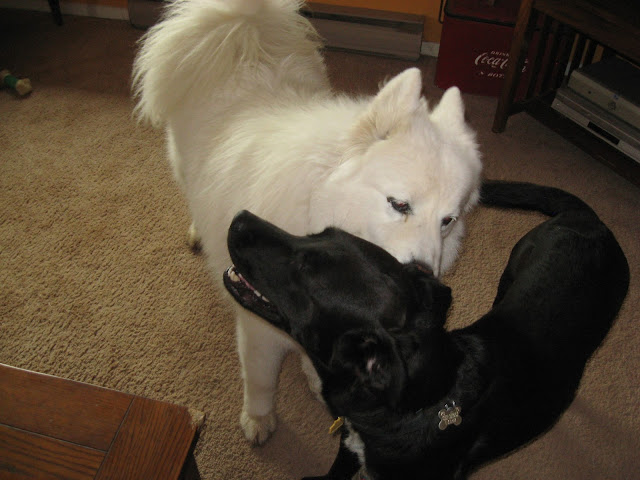 Much as I like my new Chrome Book, I can't figure out how to upload photos, so for now, I will just post some old ones. This one of the dogs must be really old because Faith is not that skinny now and it was before Samson's tear ducts got blocked. It's hard to believe that Faith will be six this spring and Samson is now 10 and a half. 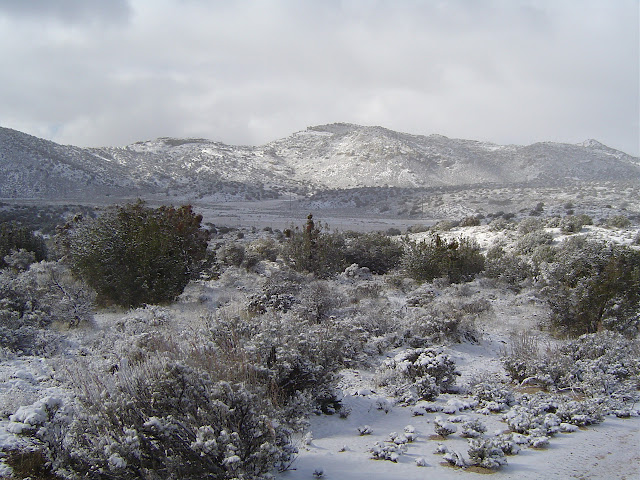 I also find that I couldn't see the picture I posted for my new header, which is why it's sort of wintry and dark. Since  it depicts a winter sun, something I'm very fond of and since I have no idea what I'm doing, it will stay there until I learn more. I will have to call on our local computer guy once again. We have by now become good friends, so it's OK. 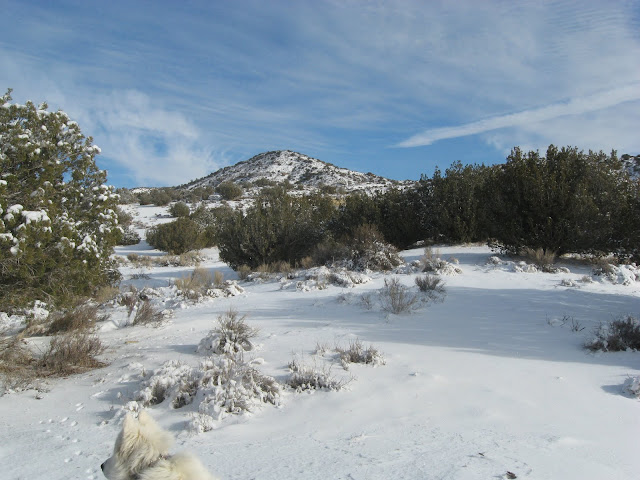 The night after Christmas, we got hit with a fantastic snowstorm. Epic, my friend Jeanne called it -- and it was. We got 18 inches to two feet in places and the snow, which always begins to melt the next day, has lasted until now on the north side of our mountains. We lost power for about 40 hours, our road washed out, and worse, because the snow was so heavy and there was so much of it, our Juniper trees really suffered. My favorite one, the one I spent a lot of time on pruning, broke off from the top and several others lost many branches. I will post pictures when I learn how pictures will work on this computer.

In case you wonder what I have been up to, I'm not sure I know. Nothing much for some of the time, working on my cleaning up, getting rid of stuff -- a never ending project or so it seems - and also on a more serious side, I have spent time reflecting on my life, on Errol and me, on grieving, on missing him, on getting more in touch with what losing him has meant for me. This was a necessary process because when it all happened, I was more focused on getting on with my life, fixing up my house, making new friends, and, well yes, getting on with it all. I've spent most of this time home alone. 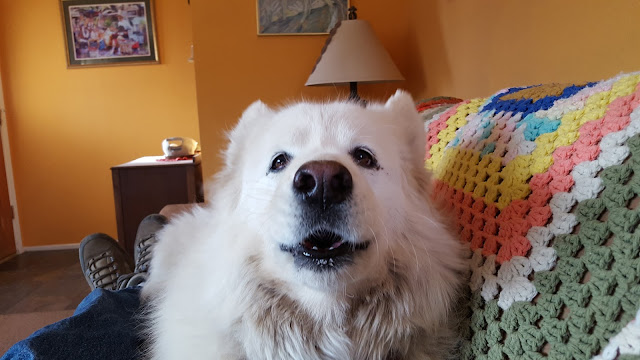 I have lots more to write about, but I will close for now with wishing you all a very Happy New Year, and thank you for your emails, your lovely Jacquie Lawson Christmas cards and general greetings of hello. I have missed you all. 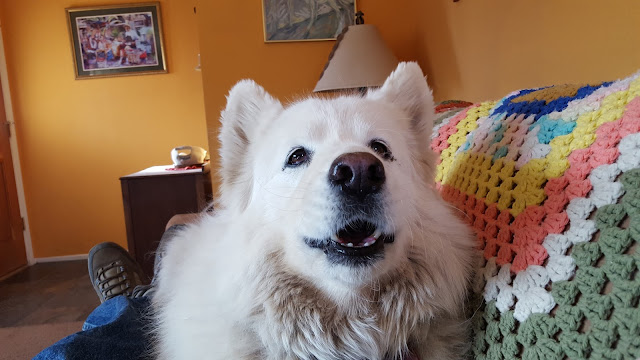 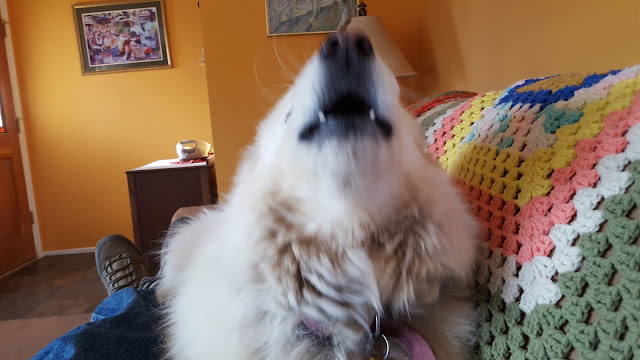