The sun is trying to send some joy through the smoke.

The other day, I drove down the mountain to Bakersfield to get  my lung function tested and see the pulmonary nurse practitioner, someone I hadn't met before.

Her name is Kerry and she's just great. I got so much more information from her than I ever managed to get out of my doctor. I will never see him again if I can help it.
The test results were so, so. Lung function was at 70% and had been reduced by 2% since I was last tested, a year and a half ago. Normal function is 80 - 100%. I think 70% is OK as long as it stays in that vicinity.
And I was diagnosed with asthma. From the fires, said Kerry. I was so surprised, I didn't ask any questions about it at all. And started beating myself up about that as soon as I got in my car to drive home. But I will collect my questions, because I will probably talk to her soon again. She ordered more tests for this coming week. And a CT scan of my lungs for October.
So Kerry is very pro-active, smart and caring. So glad I was ill and had to cancel my doctor's appointment or I may have never met her.

I enjoyed driving my Honda to Bakersfield and back up the mountain among the slow-moving trucks, so many trucks go up and down that mountain every day.
The Washington Post, which I read on my Kindle Fire, had this to say about covid hospitalizations in Bakersfield:

They were comparing places with high vaccination rates to those with low. Only a couple of people I know here in the canyon are vaccinated, so this is not surprising to me.
Compare this to: 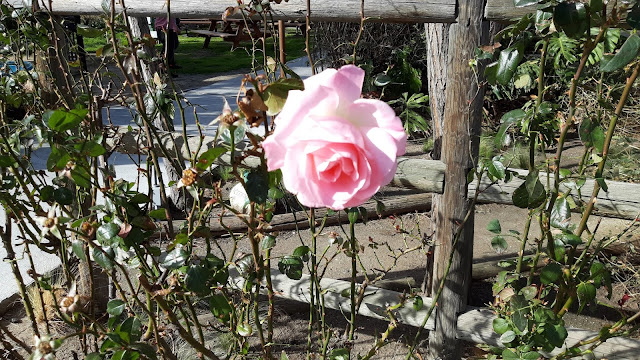 Thinking of Errol today on what would have been his
75th Birthday
I think of you every day, these days more with a smile than with tears. Time leaves the memories and heals the pain. We were both a mixture of easy to live with and difficult too. We had strong needs to be alone. We were not dependent types. Two alone souls in the big city, ending up on the same street, across the road from each other. Friends for many years, you were the best of friends, then finding enduring love. No longer young when we married, we still had 30 years together.
I'm so very thankful for those years, for each day...

An Unkindness Of Ravens

as it's called when ravens gather. And the other week, gather they did.

I don't know why they decided to hold a conference in my backyard. This time of year, I see the young ones flying in large groups, sort of like teenagers discovering their world. But I've never seen a large group land and stay in one place, like these birds did.

Taking pictures with my phone doesn't capture what I actually saw. But it made me take out my real camera and dust it off. We'll see what happens with that project. 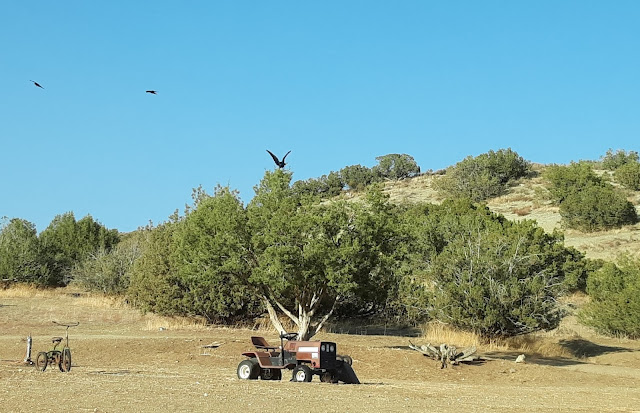 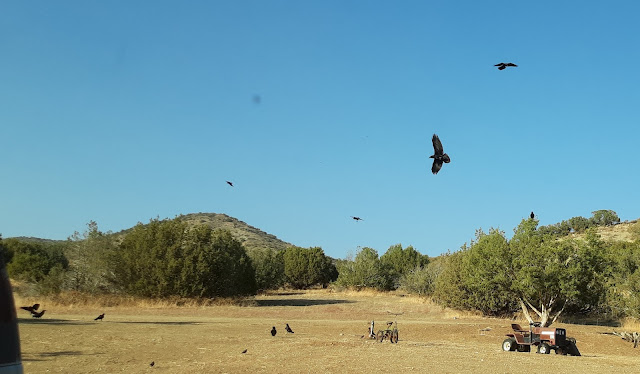 Ravens are also believed to be harbingers of news, from the cosmos to the battlefield. From the battlefield, they were thought to bring messages of death.

Ravens are also highly intelligent. My neighbor Bob has trained our local couple to sit next to Joyce's dogs. The ravens do this because he rewards them with horse treats, goodies the ravens quickly figured out should not be wasted on horses.

Honda had to keep my car and gave me a Honda Accord as a loaner. A car, as opposed to an SUV. What a difference it made for me: My bad right hip acted up, my right leg got numb, I was lucky to be able to move my foot from the gas to the break pedal. 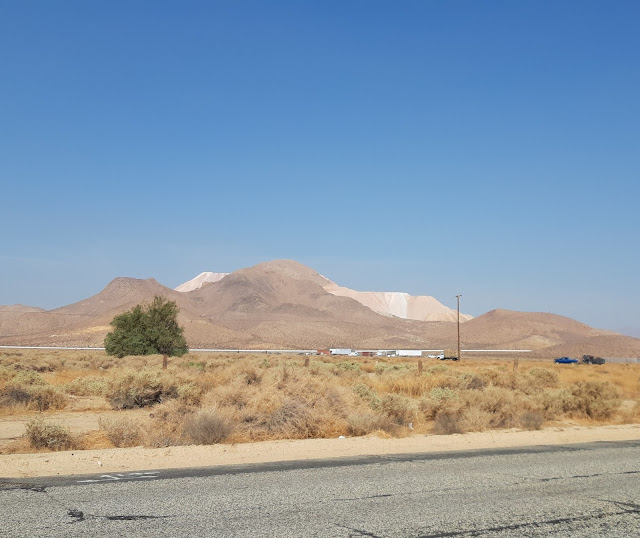 The above bear is number 409 Beadnose. I'm rooting for number 131 Marshmallow, a lovely golden bear. The winner will be announced on Fat Bear Tuesday, which is this coming Tuesday.
The Washington Post will announce the winner, so I will be able to show him or her off in all their Fat Bear glory soon. 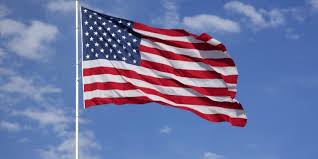 Just a quick note to let you know that the weather has cooled down significantly. It's now in the low 80s.
About those high temperatures I wrote about, I don't know how accurate my thermometer is. I hope to check that some day soon. But hot is hot and it was stinky hot!
Thanks for your comments, I've been busy with paperwork that I don't want to do, but must do.
I've also suffered with very long wait times on the phone when trying to reach some real people, as opposed to computers trying to sound like people.
Is that happening to you as well?
But that's in the past. Today, Thursday, has been an absolutely glorious day here in the mountains. Temps in the low 80s, with a nice breeze, sunshine and blue skies. Well blue skies are all we get here, but some days those skies seem prettier than others.
Posted by Inger at 1:00 AM 15 comments: