Lagom And The Perils Of Feeling Smug

After living alone for three and half years, all the while working hard to create a new life for myself after the loss of my husband, I looked around my home and felt a great sense of satisfaction, maybe a bit smug even.

Many things still need to be done, but I smiled to myself and congratulated myself on what I had accomplished. So happy there was no need to spend any more money. So happy that everything was just Lagom, just right, just enough.

Then my vacuum cleaner broke down completely. I knew it was all wrong for the fur my dogs shed (Samson's white fur balls mixed with Faith's black) and the sand Samson drags in on his furry paw pads. It took me a month to decide what to buy. I knew it had to have power, but still be light. I finally settled on this pretty thing: 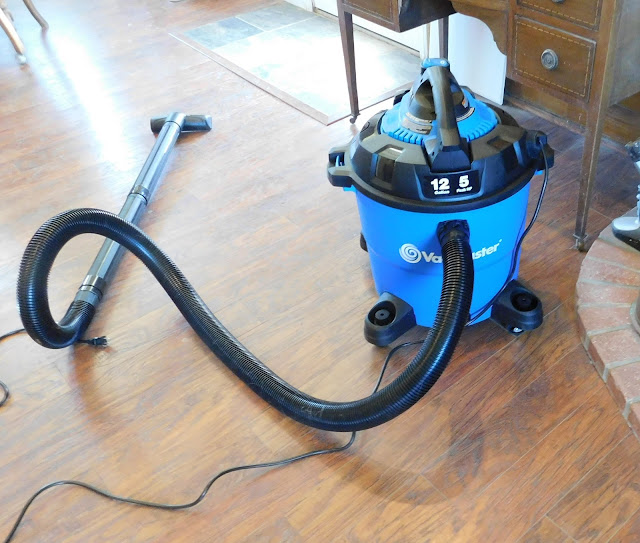 It arrived just in time. My smoke alarm started yelling "FIRE, FIRE" scaring the dogs and making me crazy. I bought one of those expensive, 10-year battery deals, just to avoid scaring the dogs. When I called the manufacturer, the first thing the guy asked was, "when did you last vacuum it?" Hmmm, never and I've had it for over a year. It helped.

Then the Land's End catalog arrived, with this inside: 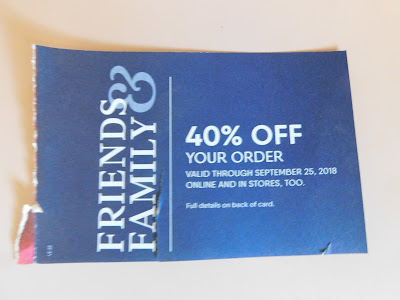 Last winter, I noticed that both Christina and Joyce had very nice well-fitting down vests. Hmm, Errol and I bought twin vests, not down, at Fedco (remember them?) in 1989 before we went to Washington state on vacation. I still wear them, almost 30 years later, and it really doesn't matter here. But still, Land's End has good clothes and 40% off would make it very reasonable. So I bought the vest and the top below in the blue colors. 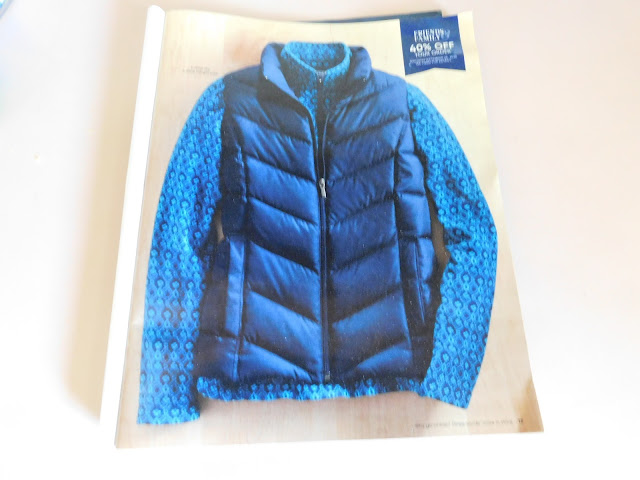 As I'm also downsizing my wardrobe, giving a lot to thrift stores in town, I've decided to just keep to mostly blues and browns. Both colors look good on me and since I only wear jeans, it will all work.

Once again, I sat back and congratulated myself on things being just right. Lagom, a Swedish lifestyle concept as it was explained just below the the Wikipedia translation. Americans seem to be interested in the lifestyles of the Nordic nations. Last it was Hygge from Denmark, now Lagom from Sweden. Maybe next we'll get into Saunas from Finland.

So a few days went by then my computer stopped working. This is why you haven't heard from me for a while. Greg, the computer guy in town, came. After some checking he determined the computer was running at 100%, which may sound good, but is very bad.

Norton security was the culprit. It had a mass of tests it wanted to run, but was unable to, they were all stacked up like a massive traffic jam. Since my computer was old and there were other issues, I decided to pick Greg's brain while we were waiting for the traffic jam to clear up. He recommended getting a refurbished computer. So with his help, I found one on Amazon for so much less than a new one would have cost. Plus he told me what I needed in terms of bytes and all those mysterious things. 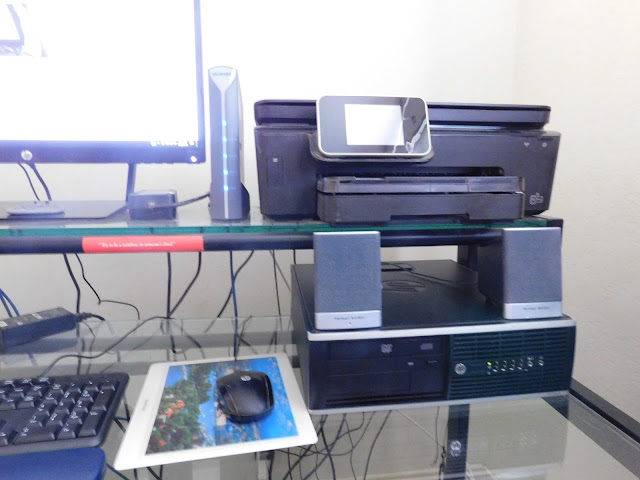 It arrived Monday and Greg came back today to set it up for me. It fits on my desk and I think I will be really happy with it.

Now, maybe, I will have just the right amount of everything. I know I have the Lagom gene -- having just enough is very appealing to me.