Yesterday, March 18, 2015, (I had to note the date) after 33 days, I knew that my husband recognized me and understood me. They removed the breathing tube on Monday, but had to re-insert it after he became very tired. I spent a couple of hours with him and one hour in the support group. Before I left, I said: "I have to go home now and take care of Samson and Faith." He nodded, and a smile came into his eyes. A precious moment, after all this time.

I love support groups because you learn so much and you do understand that you are not alone. Listening to the people in the group, I was astonished to learn how many of them are suffering from Hepatitis C, the chronic infection that my husband had. These people either have a new liver or are waiting to receive one. It many take 20 to 30 years for the HepC virus to destroy your liver, but when it does, the results are devastating. Because so many may have the disease and not know it, I'm adding this quote:

Contracted via blood-to-blood contact, hepatitis C is an infection caused by a virus that attacks the liver and leads to inflammation. Many people infected with chronic hepatitis C (HCV) have no symptoms. In fact, most people do not know they have the hepatitis C infection until liver damage shows up decades later.

I am mentioning this because it can't hurt to have your liver function checked. Now that there's a cure.

My husband was diagnosed in 1991 and, since he didn't have any of the other risk factors or risky behavior, he most likely got it from a 1986 blood transfusion. Ironically, at a UCLA affiliated hospital. There was no good cure until December 2013, when the drugs my husband took came on the market. Earlier this year, I was tested, and fortunately was negative for the virus.

I know we didn't take this disease as seriously as we should have. When we heard on TV ads for the new drugs that HepC can cause liver cancer, my husband went back to his liver doctor. Tests were done, and he was diagnosed with liver cancer. And so it all began, back in May of 2014. I hope that his nod yesterday, and the glint in his eye, mean that we have turned a corner and are moving toward better and healthier times. A long road ahead, but we will travel it together. 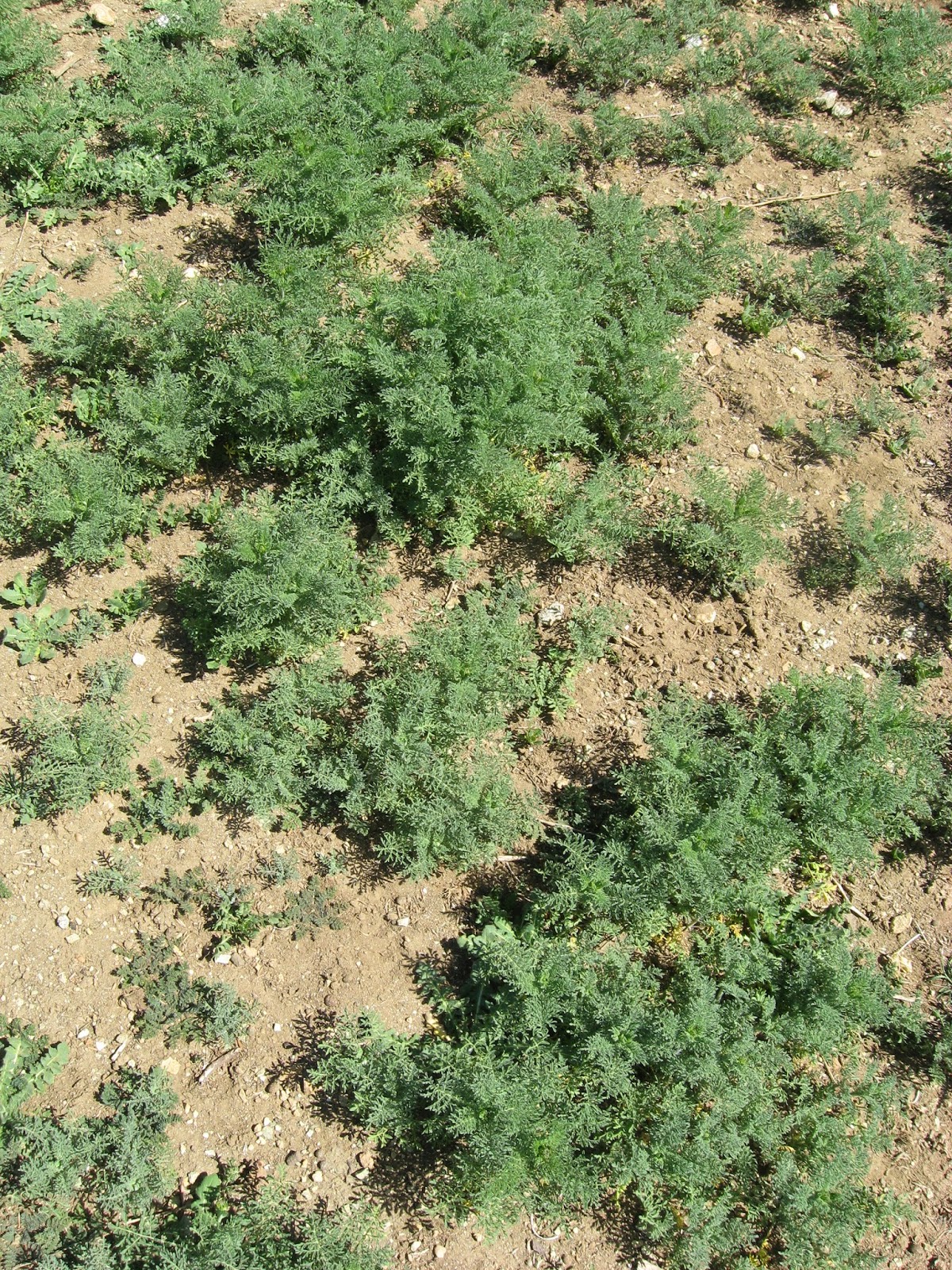 While this may look like a nice forest picture taken from an airplane, it's just the weeds that have sprouted all around our house. Since I can't handle the weed-whacker or the gas operated lawnmower, I put my electric one back together, charged it up, and started mowing. It went great and was a lot of fun! 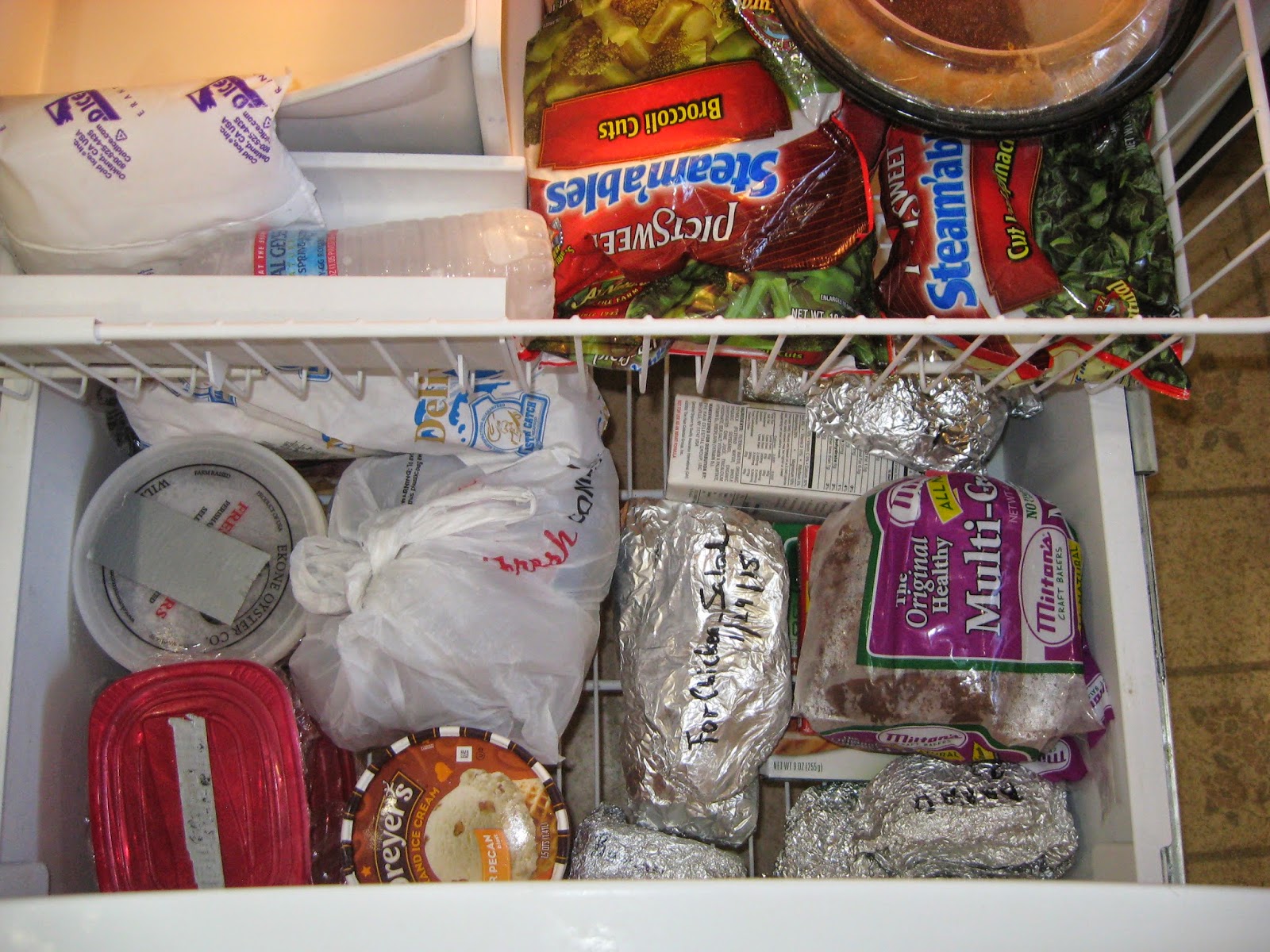 In the house, keeping in mind the extra clean environment that will be needed for my husband, I moved on to clean the refrigerator and its freezer drawer. (In there he had collected, amongh other things,  a bunch of fish heads, no doubt for some future fish soup. All gone now, there will be plenty more where they came from.)
I still have the large freezer left to do, but it will be a while before hubby can home. 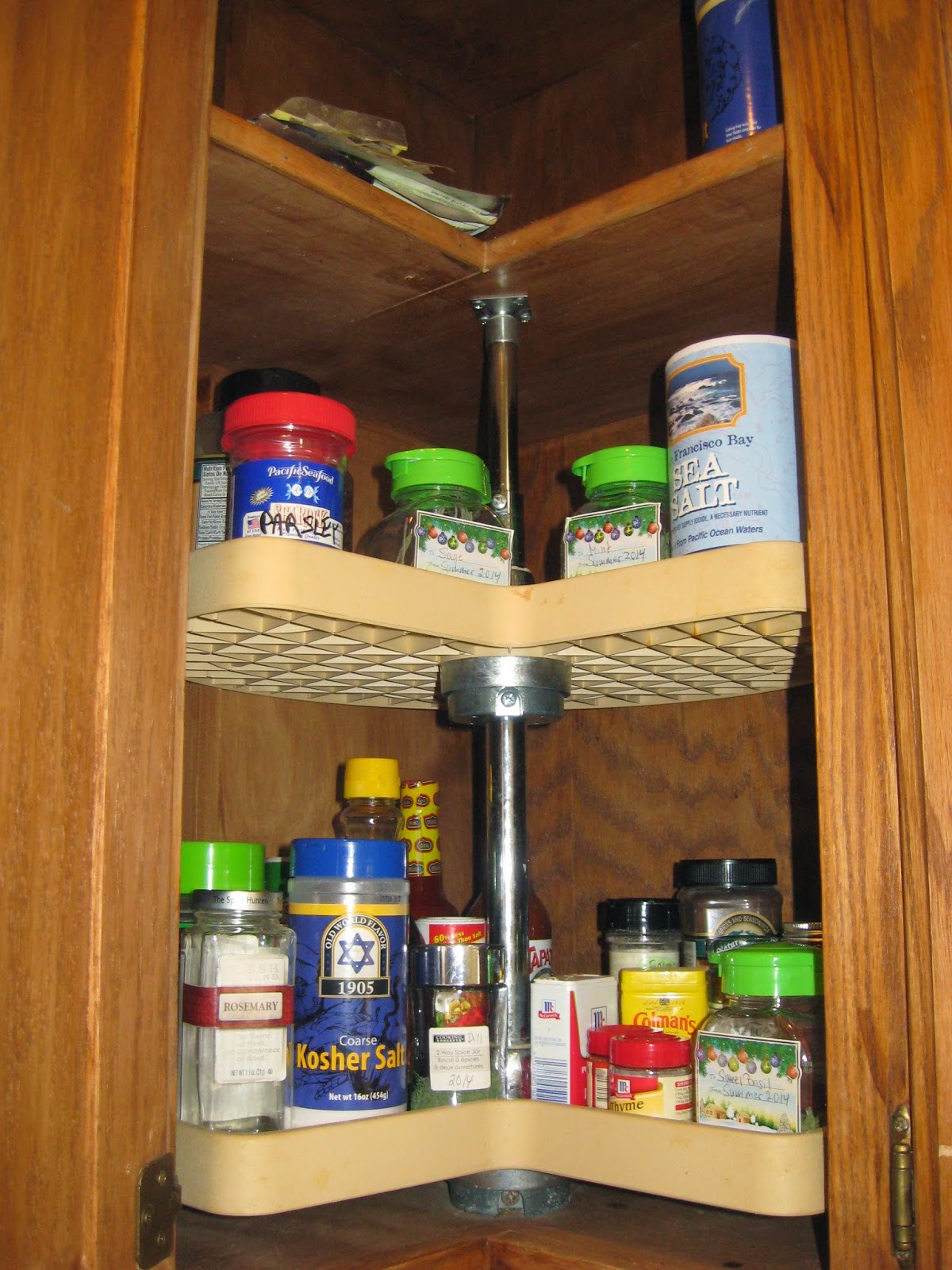 Then I moved on to the spice cabinet, yes, a whole corner cabinet dedicated to spices, herbs, hot sauce and so on. I purged all with expired dates, scrubbed the shelves, and organized the rest. There's now lots of room for more stuff in this cabinet; they made them pretty big back in the '70s when our house was built. And now I'm working on the cabinets dedicated to pantry service. It feels so good, I must have wanted to do this for years! 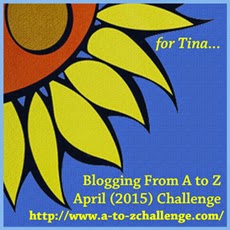 This post is getting way long, but it's only because I write so few. Just as when someone calls me now, I tend to babble. I guess because I have no one to talk to here. Human contact is very important, after all.

I signed up for the A to Z before all this happened with my hubby. I have always done it a day at a time, enjoying the challenge of coming up with something new for each letter, just the day before. So I hadn't thought about it, at all. Then on St. Patrick's Day, I realized that April is not far away. My theme to be was: Treasures From My Bookcase. I had picked out some books I wanted to write about, but that's all. So I decided to skip the A to Z this year. Too much uncertainty. 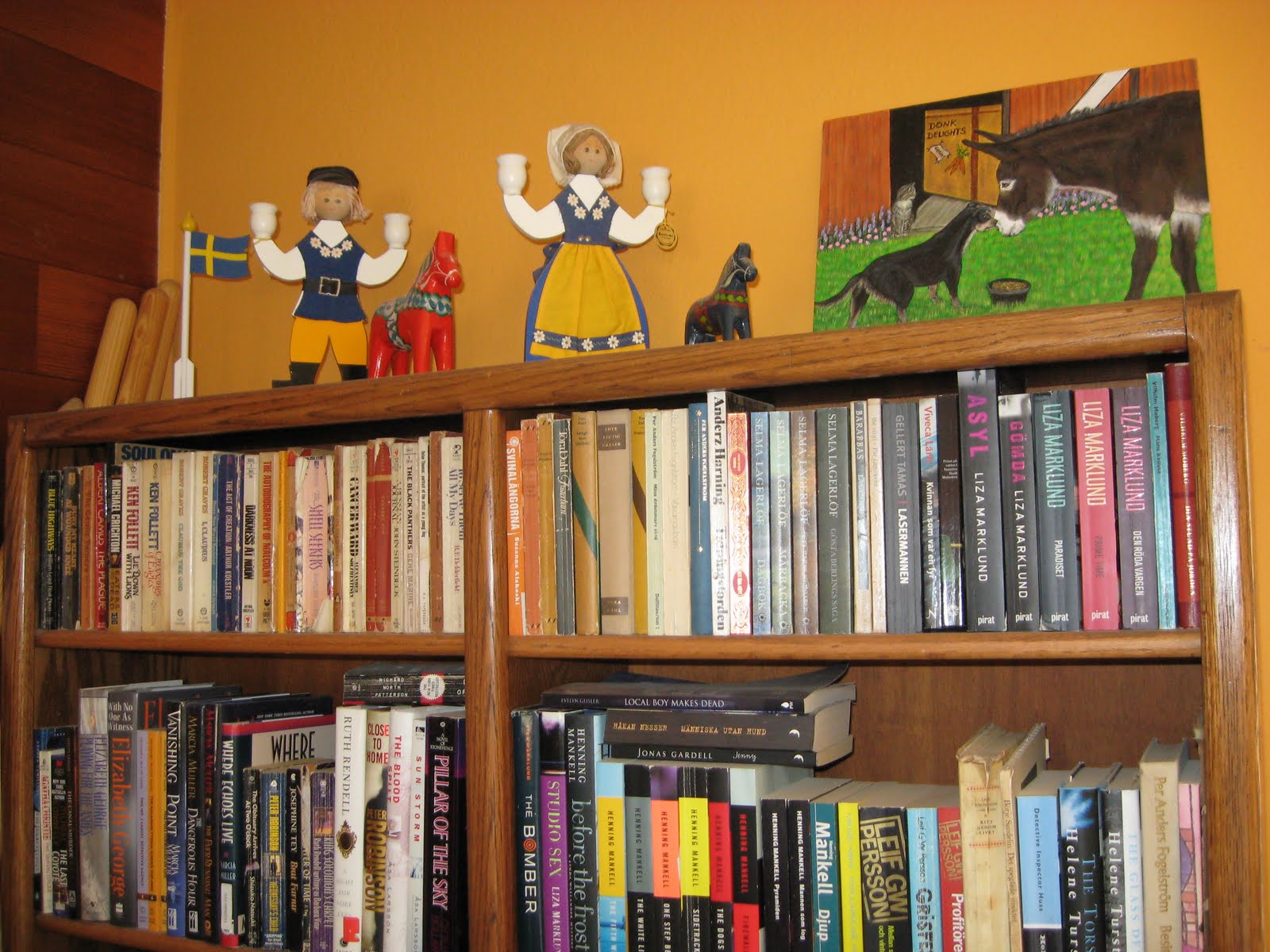 The top shelves of one of my bookcases (when it was nice and tidy ~ a mess now).


While I fretted about this decision (I enjoy the A to Z so much, after all) before going to sleep, I remembered that I used to have a weekly post, called Wednesday's Book, where I actually reviewed books. Then I thought that maybe I could find some books in those posts, plus some from my annual posts about Good Books. I got so excited, I almost jumped out of bed to check it out, but contained myself and waited until Tuesday morning. I had to write something new about a couple of books; and it took some editing, adding the theme, adding some other books to a post, adding some from my Kindle, but I now have posts from A to H more or less completed. So, maybe I can do it, we'll see. 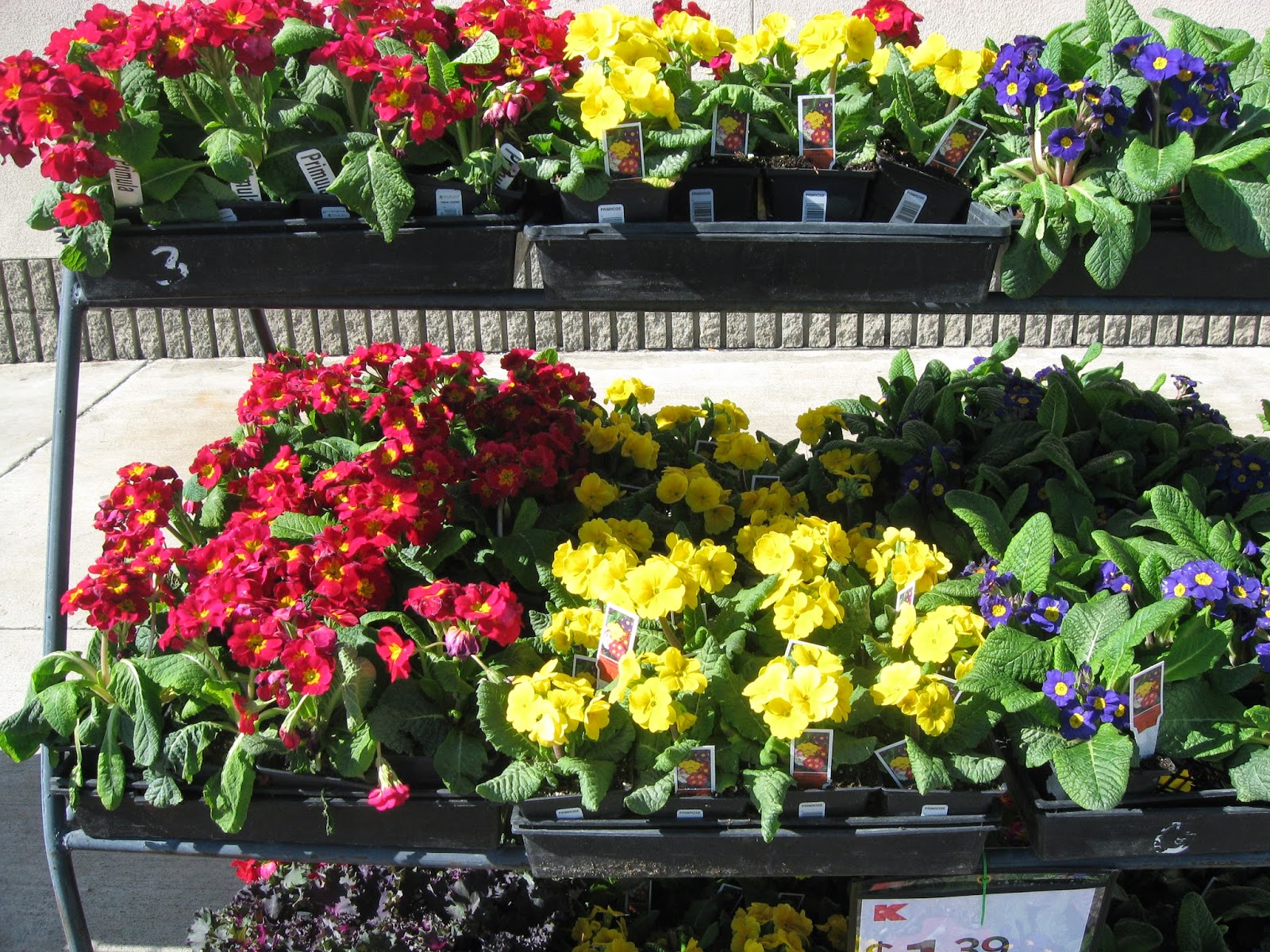 For those of you who made it to the end of this long post, here are some spring flowers posted outside our stores in town. We had no winter this year, not a single snowfall (and I so wanted to see what Faith would do in the snow....), and now spring is almost here, officially. Have a good day and thanks for stopping by.