Notes From The Canyon ~ Fires, Fears, And Letting Go 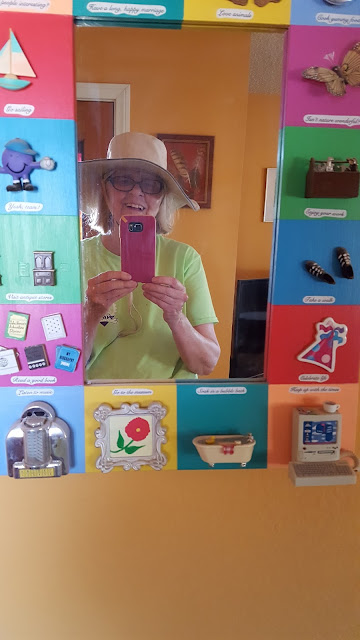 An old-fashioned selfie in the fabulous mirror made by my friend and funny blogger/serious artist fishducky . After a week of rest, I got up this morning, put on the wide-brimmed hat Mary gave me (it ties under my chin and is great in the often strong winds we have up here) got my rake and went out to rake some more. 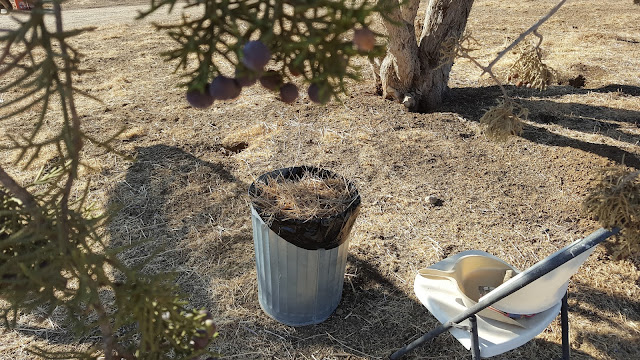 I have now worked outside since the end of March, raking, cutting, and hauling away. It seems never-ending, but I have made progress. 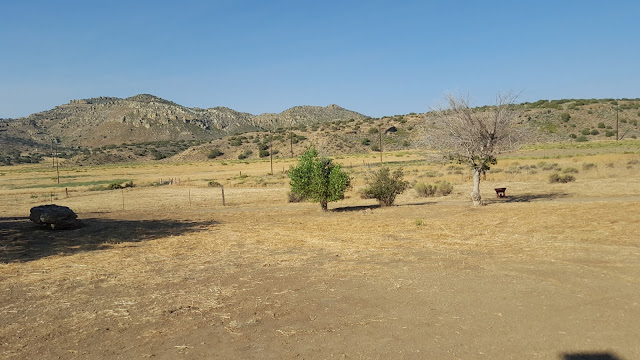 They recently put out the largest fire in our county's history, the Erskine fire to the north of us, close to 50,000 acres burned. Fueled by the strong winds we have here. And now, as you may have seen on the news, another huge fire is burning off the 14 freeway, north of Los Angeles. That's the road I would take if I had to go to the city. I'm so glad I don't have to go there any more.

I love it up here from end of October to the end of June, but this time of the year is pretty awful. When the winds come up and blow with gusts up to 50 - 60 MPH through this bone dry landscape, I don't know how not to be concerned. Joining CERT and getting that training has helped a lot and I know I will not panic now, should something happen. 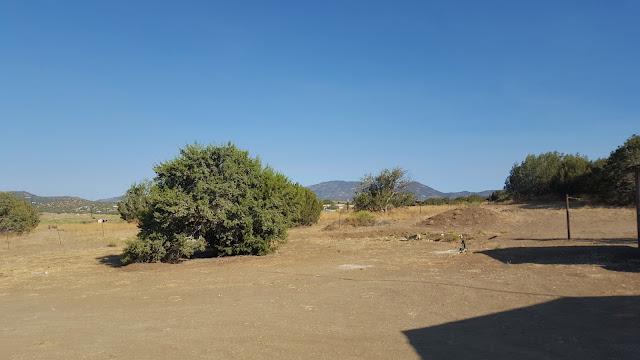 The prevailing winds here come from the north-west and I have raked and raked as best I could in this corner of my property. The very large juniper is a concern since the branches are dragging on the ground. I had hoped to consult about it with my BIL/Contractor, but he's not been able to come, due now to a recent car accident. So I just cleared under and around it. 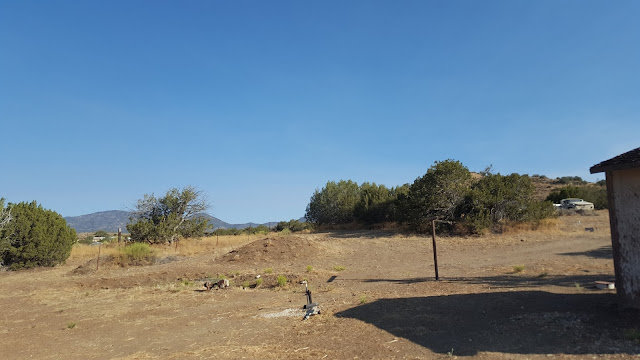 Both my friend Tom and the tractor guy did such great work, but there's still so much to rake up after them. If there is a fire, if something bad happened to my dogs, (the rest I don't care about, truly, I have given it much thought) I need to know I have done everything to clear the land to the best of my ability. And that's really all anyone can do. (I have tried to find some teenagers to help, but it seems they either don't work or get jobs at McDonalds or in one of the grocery stores in town.)

Now to change the subject: 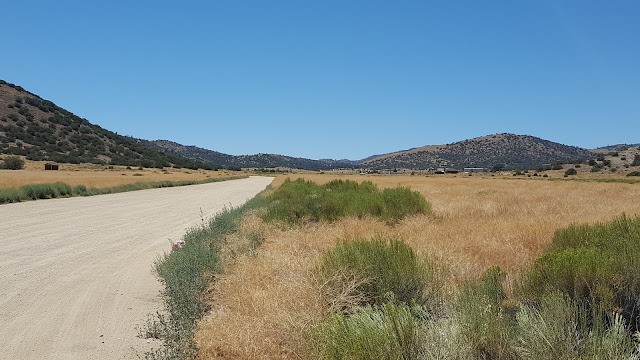 Last week, Mary and I went to Bakersfield where I saw my diabetes team and got another good report. Then on to the orthopedic back specialist. Mary drove, we both have GPS, but didn't use it, both pretty blind as far as reading road names go, we finally made it to the doctor's office. Where I was then sent across the street for some back X-rays. 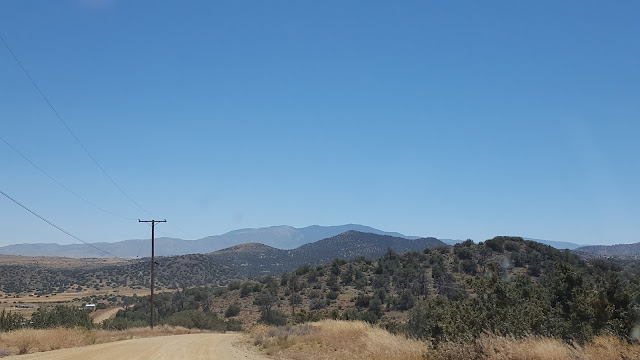 After examining me, the doctor thought it was my hip. But he ordered an MRI of my lower back and X-rays of my hip and pelvic area. I will have that done on August 2nd. The doctor's office was good about arranging to see me the same day so I don't have to drive back down the mountain to Bakersfield. I will let you know. Probably hip, I have a feeling that's it. 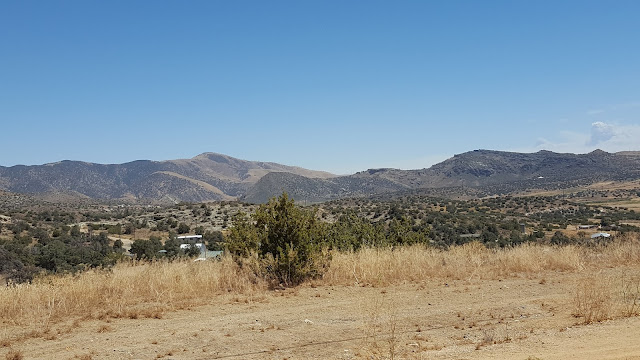 After I, hopefully, get this pain diagnosed, I will move on to have the cateract surgery. I have to get that done before it gets dark early since I can't drive in the dark right now. So, one step at a time. 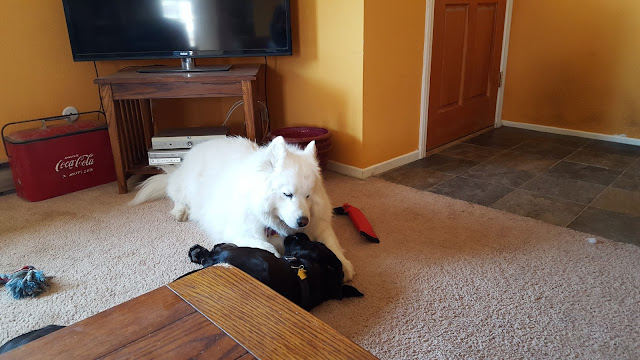 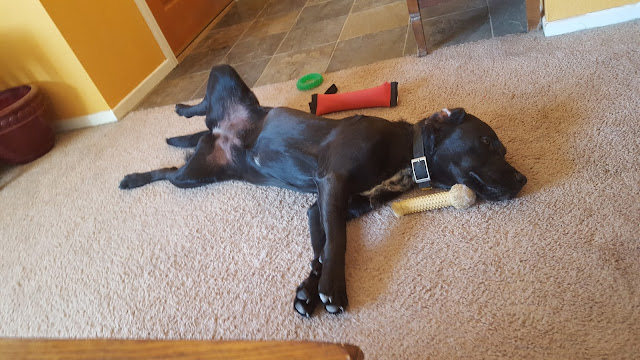 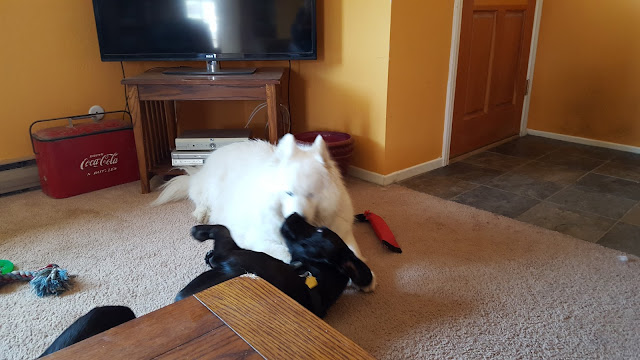 Thanks for stopping by.
Have a great day everyone!
Sasmson and Faith
Me too.