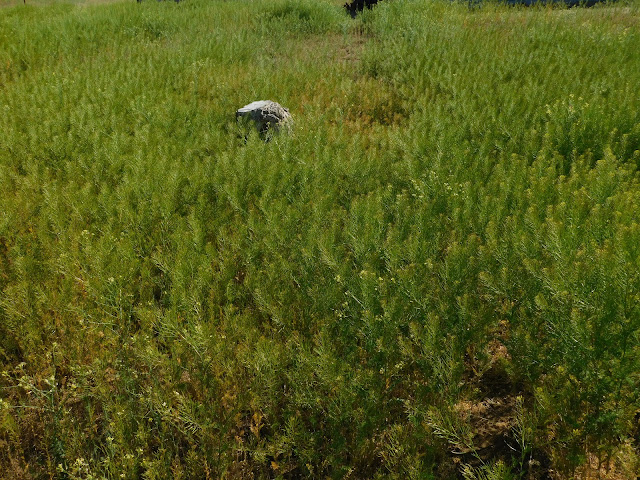 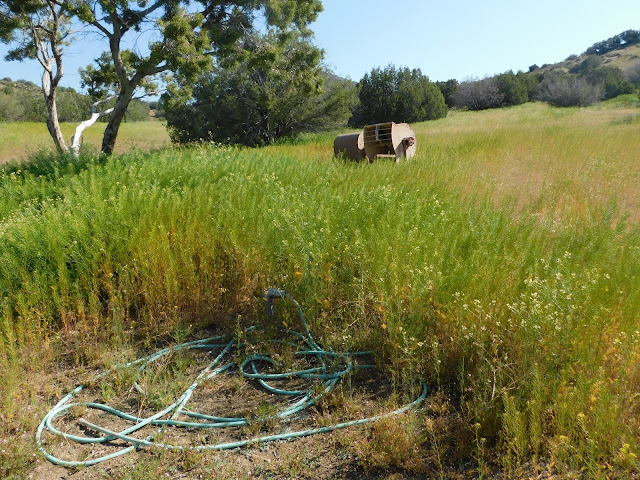 Hard Working Woman
(Joyce, not me)

Do you see ears? I call her Ears; Joyce named her Angel, so now she's Angelears to me. The two llamas look so funny with their necks sticking up above the tall weeds. I hope you can see them.

Judah, her other dog. 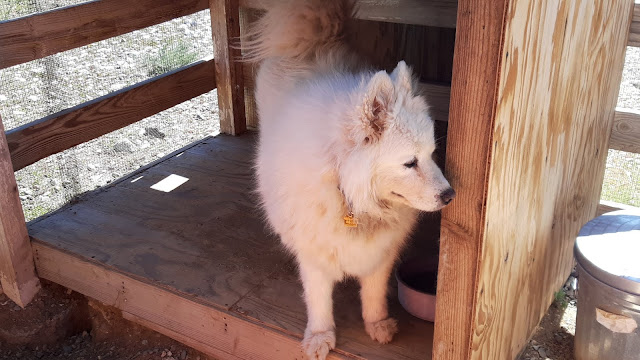 We found a couple we really like to help us with weed abatement and general cleanup work. Joyce let me borrow her tractor, so they used it and weed whackers to remove weeds for the required 100 feet around my house and shed.

Joyce lost a calf, the first after several years of happy births. The mother was young, it was her first calf, it was cold and raining. Bob came and helped Joyce bury it. Now she has to milk and we both had quite a surprise when the milk came out thick and creamy. Her herd consists of American Devon Milk cows and they don't produce milk like this.

But Joyce also has a Guernsey bull that she raised after she sold her Guernsey cows. The poor cows almost perished because they couldn't tolerate our climate. We now know that the Guernsey bull finally managed to avoid the ever cow-guarding Devon bull and mate. This milk is so rich and creamy, I use it in my coffee; Joyce made yogurt that she said was heavenly.

Joyce climbed the tall hill behind her house and took this picture of my house with the land cleared.

And then it rained, then rained some more. I will keep a close eye on additional weeds that may now think they can safely pop up.

The couple, who are quickly becoming friends, will come back if/when needed. You have no idea how good this old worrywart feels about that.