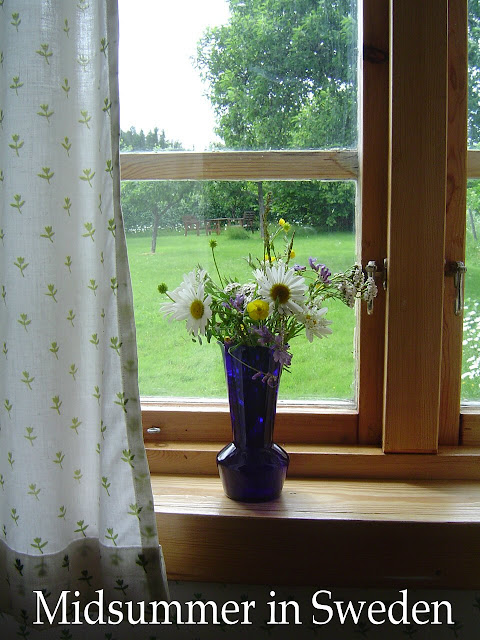 This time of the year I get terribly homesick for Sweden; for midsummer celebrations, for maypoles, for dancing on a dock on a pretty lake to accordions and fiddles playing Swedish music; for the light summer nights with the distinct sound of a cuckoo bird; for a time that was and no longer is for me. And may no longer be for Sweden either. Not the same way, because countries change too and much innocence has been lost.....

Let me share some photos from Midsummer 2005 at my friends' country place outside Stockholm. 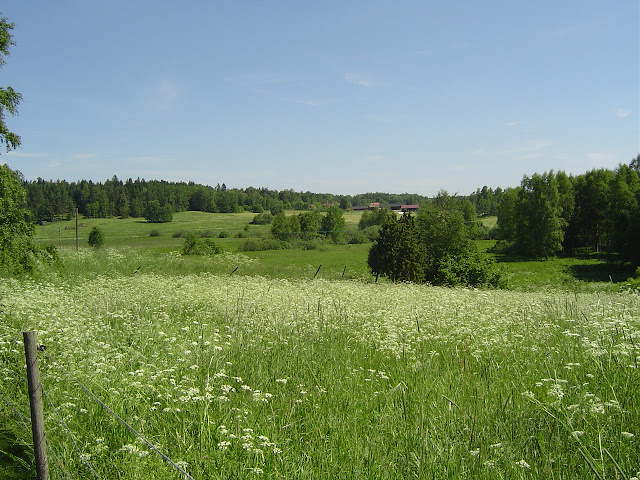 Can you imagine the sound of a meadow in early summer, the bees, the birdsong? 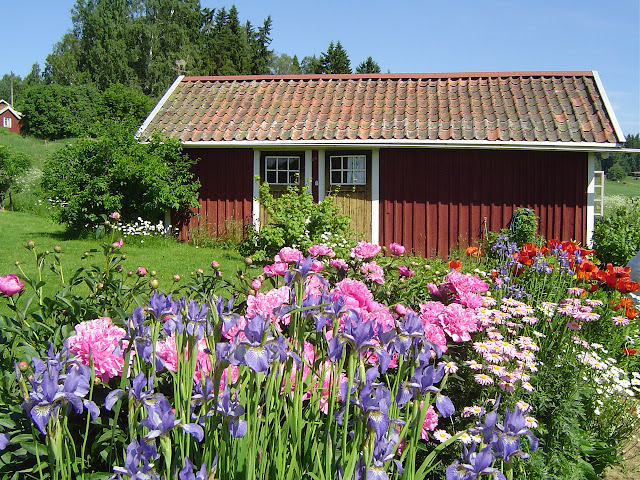 The guesthouse where I stayed. 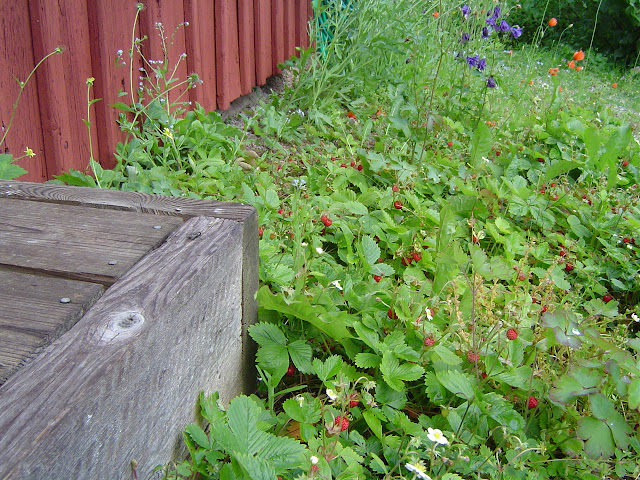 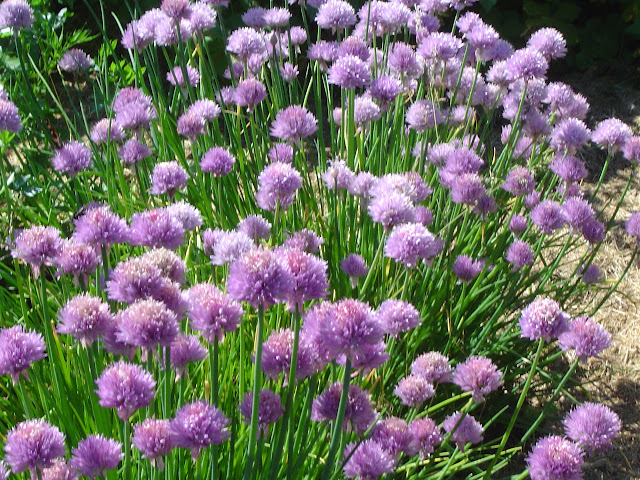 I thought I saw a bumble bee, maybe it flew away. 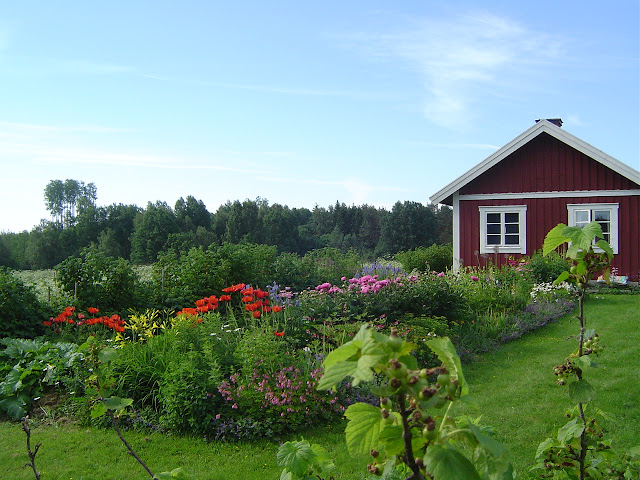 My friends' cottage is from the 1700s, a part of their grandparents' farm. This is a newer cottage built in the same style. And as you see everywhere in Sweden, painted Falu-red with white trim. 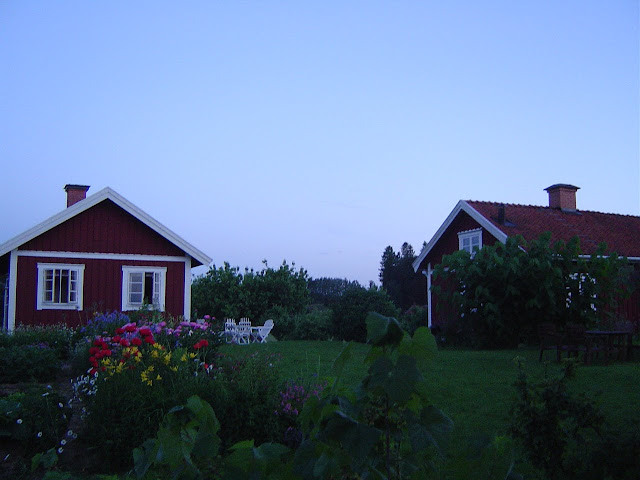 Middsummer night in Sweden. It may get a little darker than this in the Stockholm area, which lies too far south for the midnight sun. The older cottage is to the right. 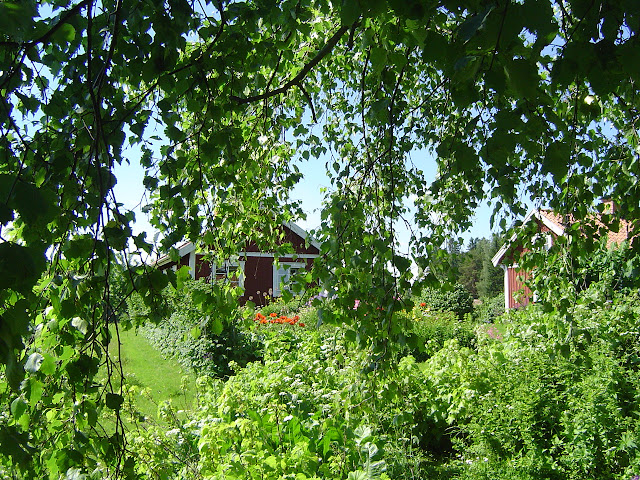 As I stood under a birch tree and took this picture I had no idea I would like it so much. For me, it truly represents midsummer in Sweden.