I don't know how you can forget to post a thing like this, but I did. I wrote it as soon as I found out that Sydney had died this past January. All I can say is that I must have had a serious and long-lasting Senior Moment. Believe me, I will never forget Sydney, I just forgot that I hadn't posted this, my tribute to Sydney, the Bearded Dragon.

Once upon a long time ago now, I fell in love with a scaly little critter named Sydney. I met him at the Donkey Rescue in 2007 or 2008. Rachael had rescued him and he was to live with her for the rest of his very, very long life. Last week, Sydney passed away. Rachael told me and I teared up. You see, Sydney was a very special little animal and I learned from him that all animals have personalities, feelings, preferences, and those we introduce into our homes deserve our care for the rest of their lives, barring circumstances beyond our control.

Rachael named her educational program after Sydney and he taught countless children and adults about respecting and caring for their pets. I can't explain it, but I loved Sydney so much that even though I had not seen him for about nine years, I cried when I heard of his passing. 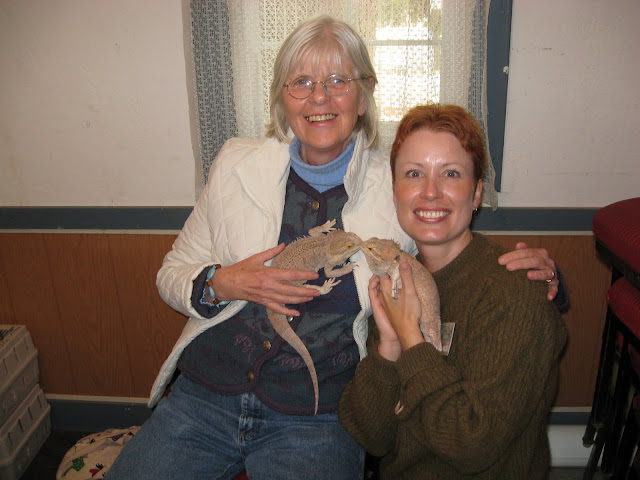 Dear Sydney, you were so special and I will always love you and I will never forget you. You lived a long life, you were an ambassador, you helped to educate countless adults and children. You were the best. Rest in peace, sweet Sydney. Your auntie Inger