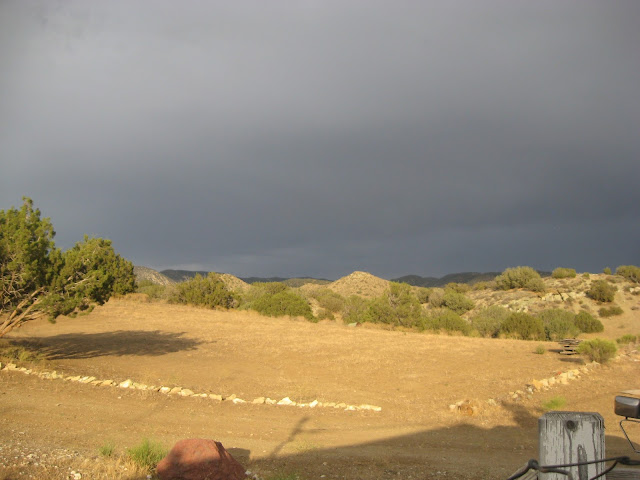 This is supposed to be the desert mountains and we've had weather much like I remember from New Jersey. There it was just called hot and humid, here, for some reason, it is called a Monsoon! We got some rain, even something I think may be called a microburst. Last week, the wind came down with tremendeous force from the north, my windows were open and the wind blew in not only rain, but sand and mud; blinds blew straight out into the room.  It only lasted a few seconds, but it scared both dogs and me. Faith wouldn't come in the bedroom for a long while. Bathroom window was also open and the toilet was full of mud. Of course, I had just washed the windows the week before. Seriously! 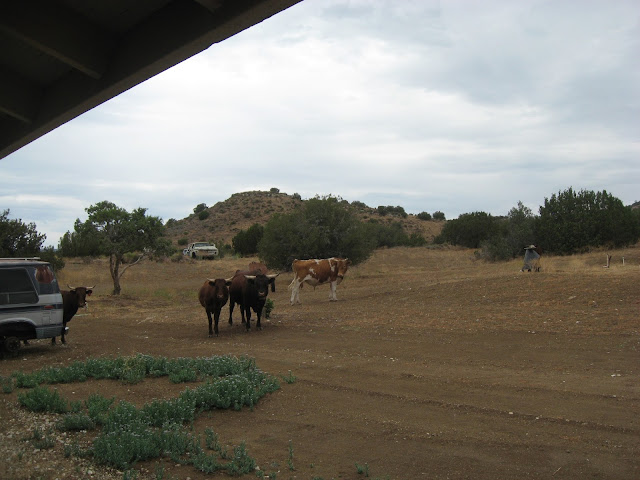 Earlier, as I sat on the couch, I looked up and there was the face of the sweet Guernsey bull looking in my open window! Quite a surprise. I love the cow peeking out from behind my old van that I have given to my BIL. They belong to my neighbor, Joyce. More about them and all her critters in future posts. 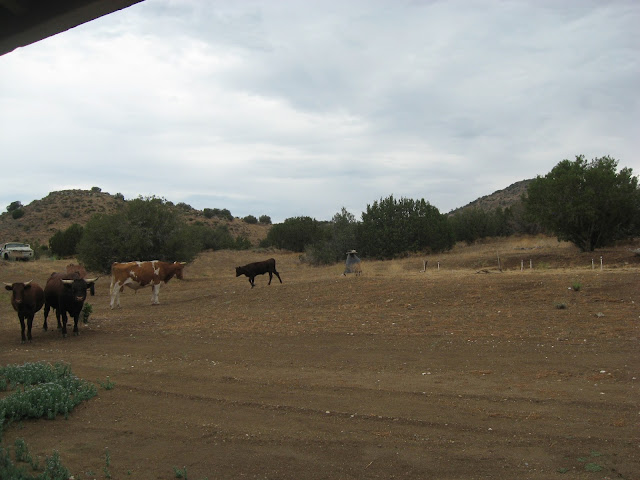 I had plans to come back to blogging last week, but life had other plans. On Wednesday, after successfully seeing both my diabetes crew in Bakersfield and my PCP doctor up here, I began to feel terrible. By Thursday, my temperature was climbing up over 103 and my doctor told me I had to go to emergency. When I was married, I so took for granted that Errol would be there and take me, as I would him. I probably didn't appreciate that enough, it was just part of the married deal, we had each other's backs as couples do. 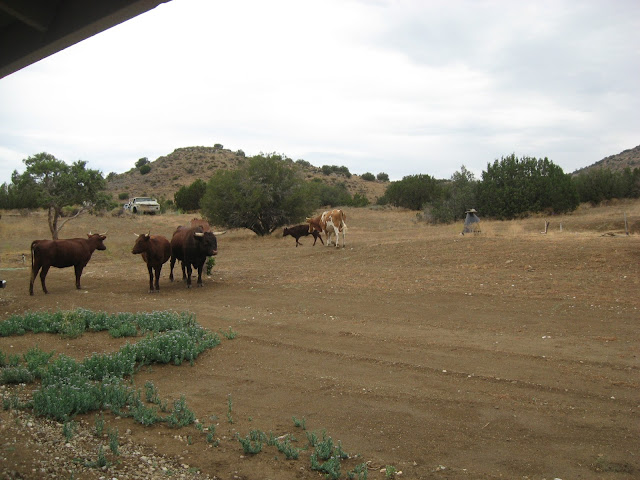 My nephew-in-law took me. He was on vacation and stopped on the way to buy a lot of food and water. All that water was good as I have a kidney infection. We were in the ER for four hours. Kenny is a wonderful man, so patient. He taught me some things on my cell phone while we waited. 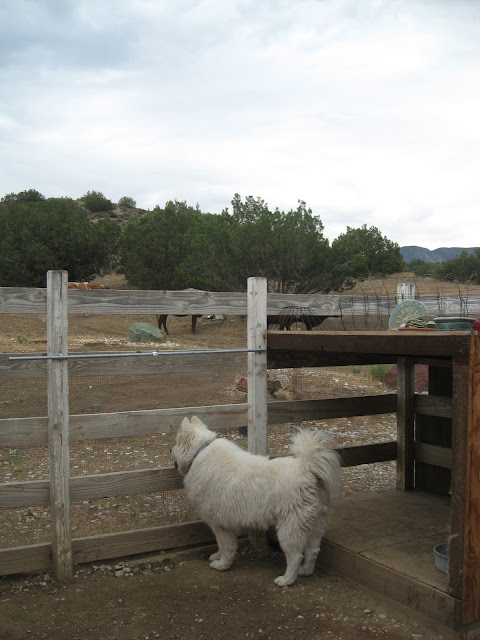 Samson Says: OK, you big old cows get off my property or I'll come and get you!

I got intravenous antibiotics and was properly hydrated before they let me leave. But everyone was very kind, so it was an OK visit. It was after 10 pm when we got back here and how fun it was to drive down my road in the dark. Nightlife in the canyon is as much fun as that in the big city. Many rabbits and little mice darting about, bats flying around, all kinds of exitement going on. 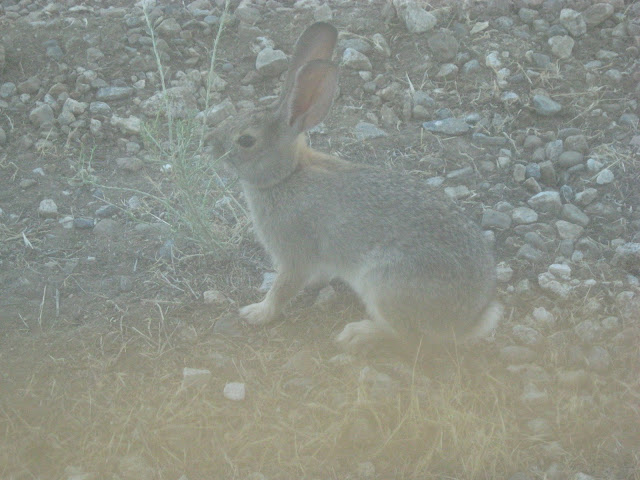 I just wanted to let you know why I haven't posted, haven't even opened my computer for a week and probably won't do it again for a few days. Take care, and when I get better I have some fabulous rusty old trucks to post, courtesy of my friend Jane who took a trip to Colorado and found them by the side of country roads, thought of my rust posts, and sent them to me.