A Day Out With Friends

and how I needed it after staying home with this stubborn cold for over two weeks. 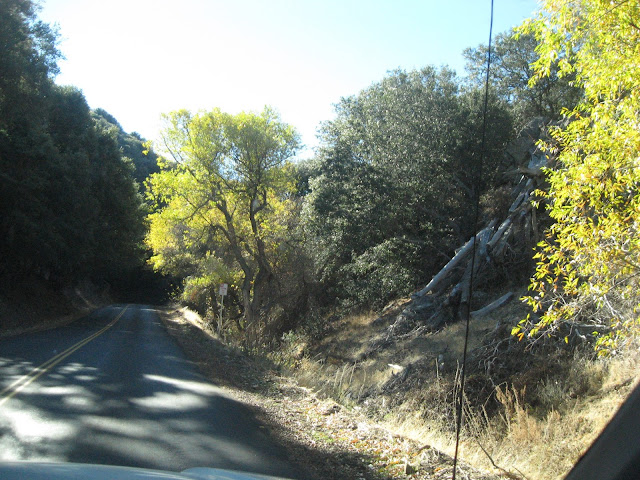 Rachael came up and I wanted her to meet my neighbor, Joyce. They are closer in age than I'm to either of them, they are also two of the kindest people I know. Both care for animals, large and small, and do so with a lot of patience and love. 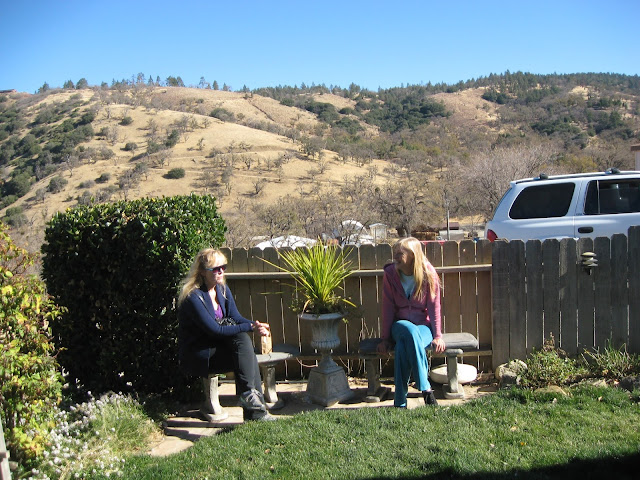 Rachael and Joyce in the nuns' garden.

We drove up the mountain to visit with sister Mary Magdalene in the nuns' giftshop. Rachael brought some of her homemade, delicious peanut brittle as a gift for the sisters. 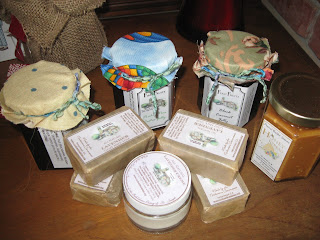 And all three of us bought some of their home made soaps, preserves, and other things that make such great stocking stuffer gifts for friends. 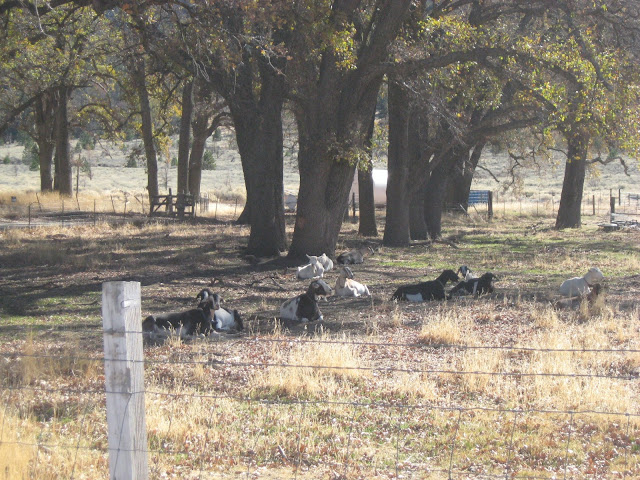 I had to take a picture of the nuns' goats before we left.

Then we were off to town to have lunch and, after that, it was time for some thrift store therapy. 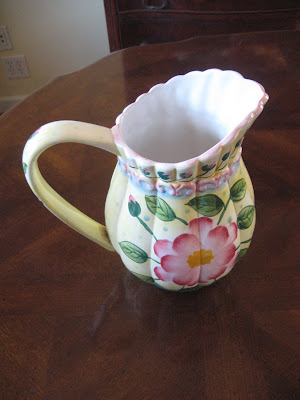 Joyce knew of a store that Rachael and I had not yet discovered, so we visited it, then the one that benefits our local hospital, and finally, St. Vincent du Paul, which will close at the end of the month. I picked up this pitcher and some other things I don't need. I love the colors in the pitcher and also that I now love to be surrounded by colors. I didn't always like strong colors the way I do now. 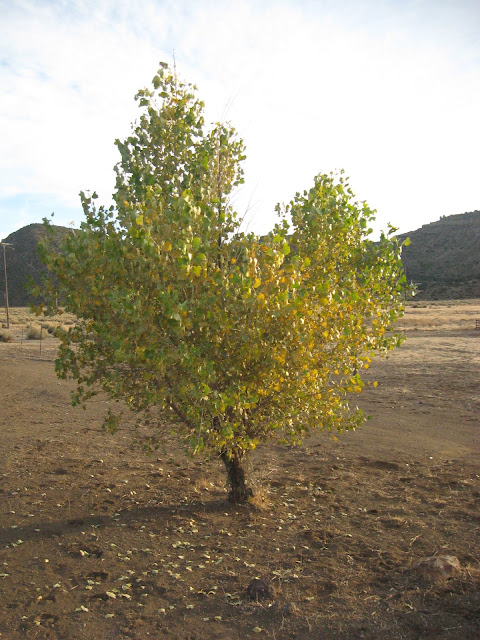 I took this picture just to document that my tree  only began to lose it's leaves in December. Very late, it seems to me. And also that it did so well this year. All that rain we had helped everything grow. This tree is actually dead, the things that grow are the suckers, I think they are called, which normally you would get rid of, but they are now making a tree of their own. Nature is pretty wonderful, don't you think?

The fires are still going on, of course. The city of Ojai appears to have been saved, with the surrounding foothills getting the brunt of the fire with homes lost. It seems unbelievable that the largest fire is headed toward Santa Barbara. That's quite a distance from where it started.

I appreciate your kind comments and thoughts. I've been getting emails from friends and family in Sweden, worried about where I am in relation to the fires. Not close, don't even smell any smoke, so we are good here.

My only problem is my cold, which has taken a lot of strength from me. I'm better, but not yet well. But the last time I had one was in 2011, so I shouldn't complain. Will begin walking the dogs soon and that should help to build my energy up again.