Samson Gets A Good Vet Report 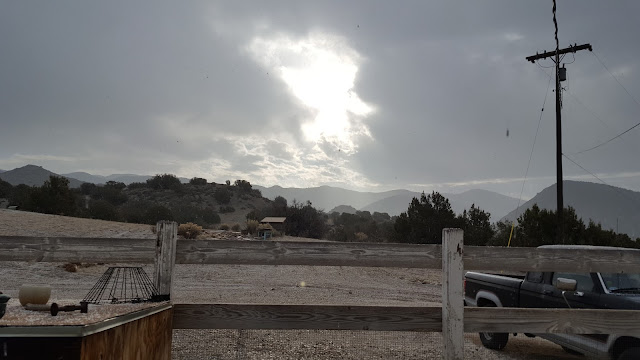 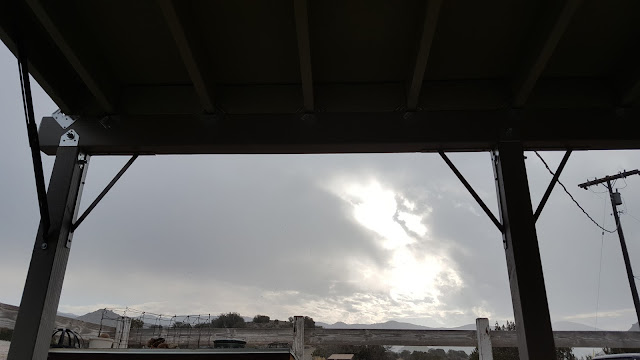 I bundled up and went out on my new patio, under the roof that Glenn built. The ceiling color is sage, which you can't see here, and the posts are Elephant Skin Gray (Home Depot colors). 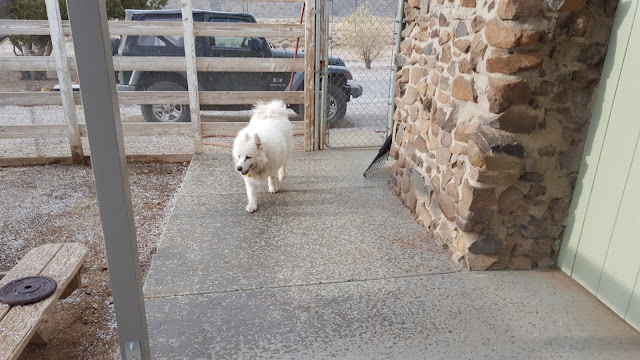 I think Samson thought it was snow because he was running back and forth having so much fun. 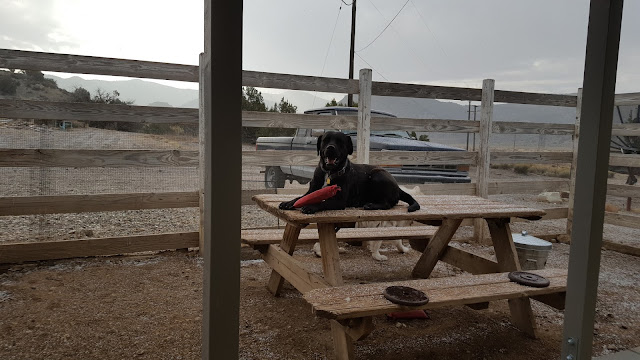 Always cautious, Faith wasn't sure she liked this white, wet, stuff at all. She's one lab mix that doesn't like to get wet. But since Samson was having so much fun, she decided she had to have more fun than he. She always has to have one up on him. 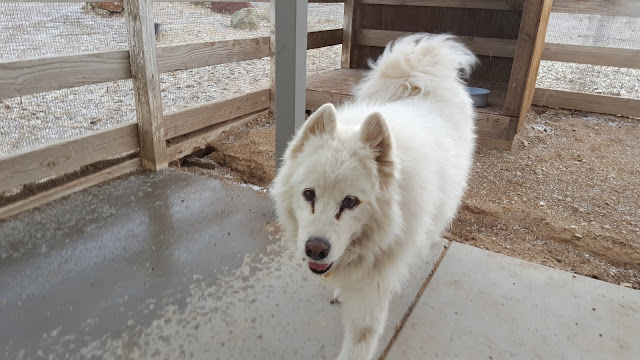 You can see the dark matter that is the result of his clogged tear ducts.


While Samson's various health issues are weighing on me, he's the healthiest and happiest I have seen him in a long time. I attribute a lot of it to the Wellness brand food he now gets. 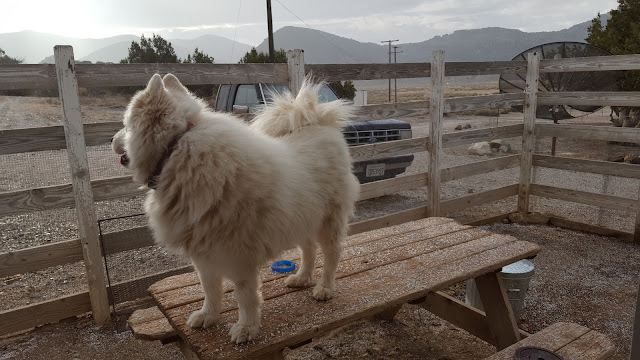 Samson's vet appointment was last Friday, five weeks after the unsuccessful surgery. The vet took one look and said that his eyes looked great. He also confessed to thinking of Samson's eyes and worrying that they would look really bad. 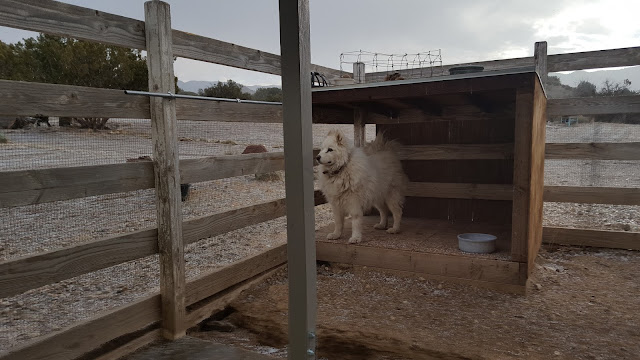 I decided beforehand that I needed more information, including worst case scenario for Samson's eyes. So we talked about everything and this is what I learned: Continue the treatments. Come back in two to three months, yeah! Be concerned and bring him in if there's any irritation around his eyes or down his nose, where the stuff is dripping. Then surgery may be needed. If only a small area at the beginning of the duct is clogged, surgery could work. If it goes deeper, or tearduct is full of scar tissue from his underlying illness, it's possible surgery may not work. If surgery doesn't work and the eyes remain inflamed, worst case would be removal of his eyes. 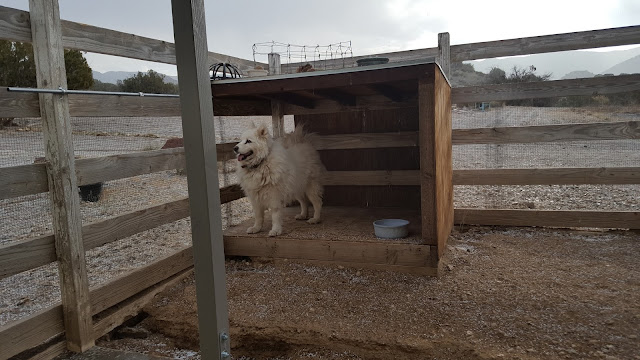 And, strange as it may sound, that would probably be worse for me than for Samson. When he was three years old, he was totally blind for three days and he handled it really well. And, as I said to the vet, he would now have a seeing eye dog right here at home. Faith would watch over him like a hawk. And of the 12 or so dogs I have lived with, Samson's nose is second to none or maybe just to our beloved hound dog cross, Bandit's. And his hearing is superior to Faith's and all other dogs I have lived with, as far as I can remember. Best watch dog, ever. That's Samson.

I'm glad we this talk, the vet and I. While I will always worry, I have to focus on continuing his treatments, remembering they have been successful so far. Do the best you can, is my new motto. (Fran, this was Bud's advice to me, probably when I was worried about the house sale. Please thank him for me.)