Lazy Fall Pictures By My Phone From My Car 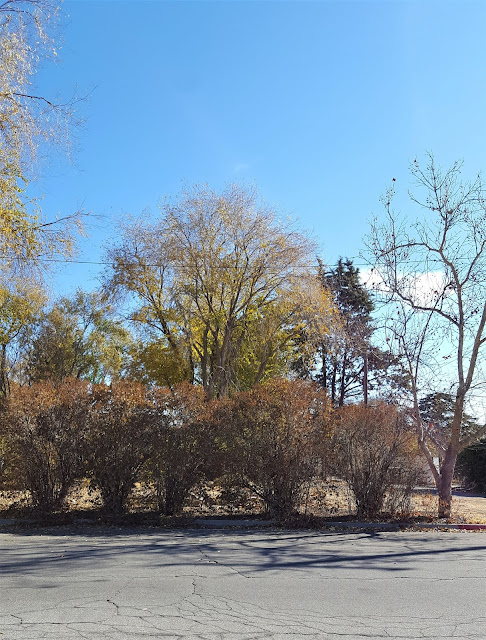 Yesterday, I was in town running errands. On my way home, I noticed many trees were decked out in pretty fall colors and some had already lost all their leaves. 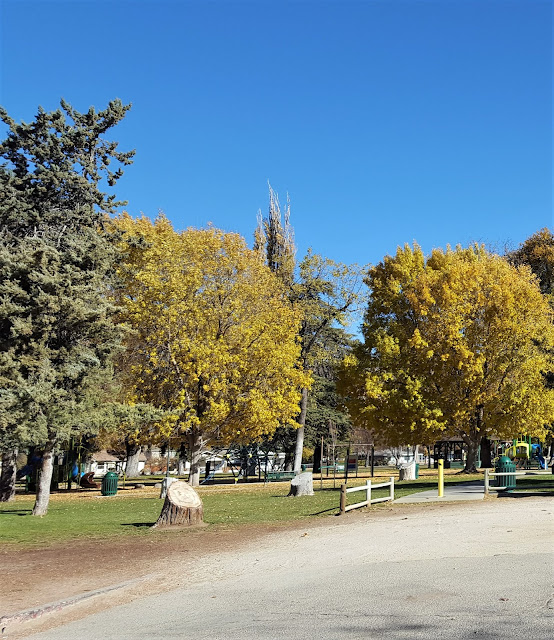 I felt bad I was a little late in noticing this, but feeling tired, I decided to just stop and take pictures with my phone of the trees I found on my way home. 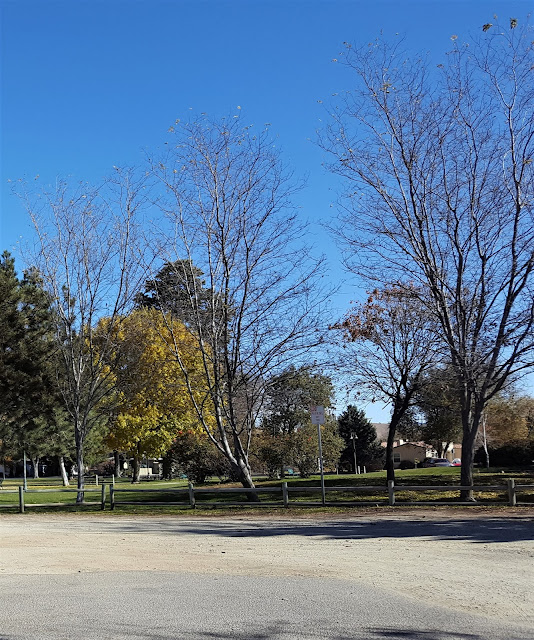 Unfortunately, there weren't many, but then trees with bare branches are beautiful too, so I felt that even in my lazy mood, I was doing OK. 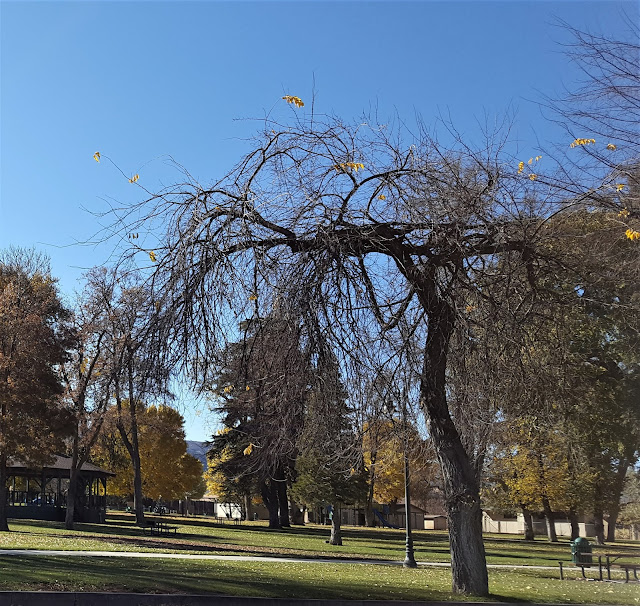 And trees with just a few brave leaves left were even more interesting. 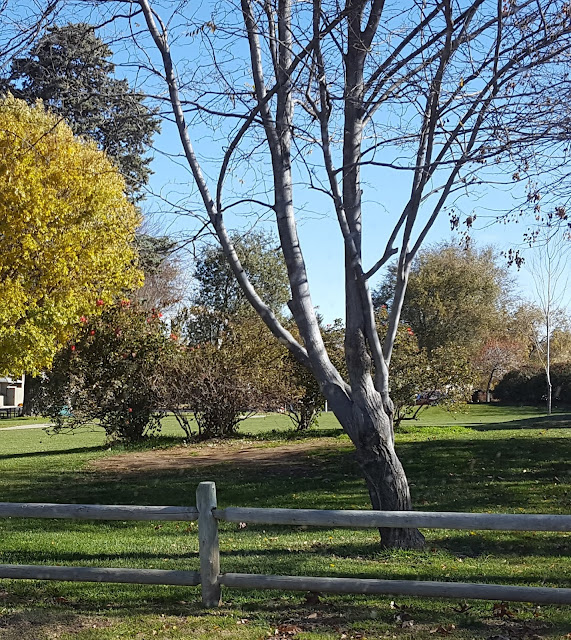 As some of you know, I haven't posted much here lately, mainly because of troubles with my Type 1 diabetes. After almost 30 years, it is beginning to catch up with me. My up and down blood sugars have resulted in me being even more tired than I usually am and I've had to fight feeling guilty and  slightly depressed about my inability to accomplish what I both want and need to do to take care of things around here.

But then two things happened: First little Gracie wrote a song telling us she missed us and was worried, which made me post right away. Even though I had many emails from friends around the world, asking if I was safe from the fires, I hadn't considered that my friends on the blogs may have also been concerned.

Second: The minute I took out my phone and took a few pictures, I knew that being creative was key to feeling good.

So now I know what I have to do -- think of others, be creative, walk more, love more and maybe sleep more too --without guilt.