I first posted this in May 2010 when I had few followers and then again in my Swedish Rhapsody theme for the A to Z of 2012. I have edited the content a bit. Isn't it interesting how our style of writing evolves? I just had to make some changes, hopefully making it better.

First day of summer 2005 -- I was in Sweden, it was my birthday, and my friend Inga decided we should celebrate by doing something special. So she treated me to a wonderful day that included a visit to Kolmarden's Animal Park, south of Stockholm.

I have so many photos that this will be a two-part adventure. 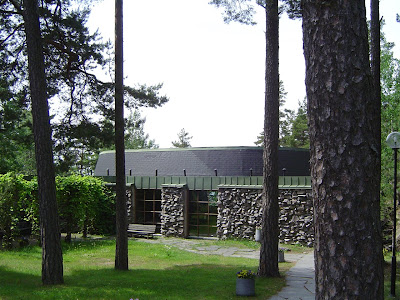 Before we set out into the park, we visited a non-denominational church that is built partially into a mountain. The architecture was interesting and the church was beautiful. 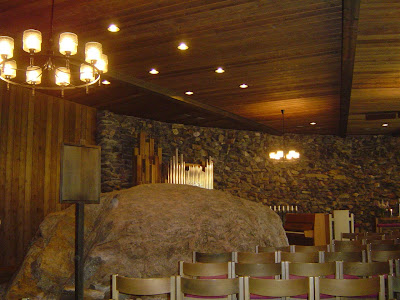 Several large boulders were left inside the church. 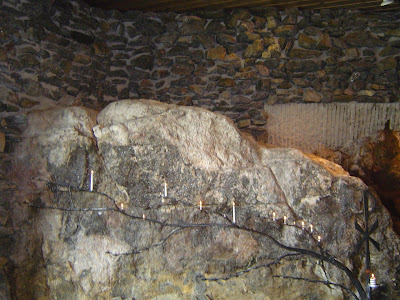 One boulder had a wreath of candles wrapped around it and it was truly beautiful. The church is oval or round, so there are no corners and very peaceful inside. We lit candles for my sister, who had just passed away. 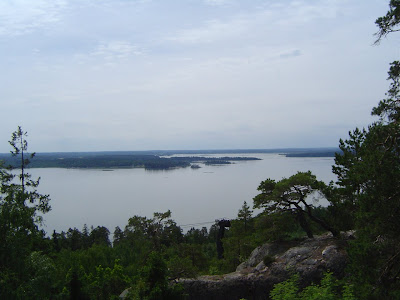 The views outside were gorgeous too. 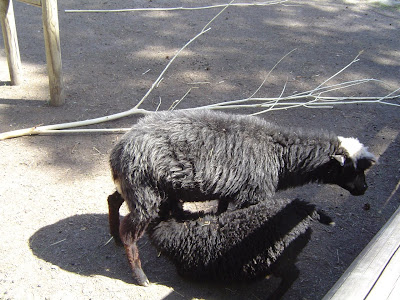 We started out looking at the tame critters in this barnyard. As always, I love to visit with goats and they had lots of them. Here's even a baby one. It's a bit hard to tell, but I think it is nursing. 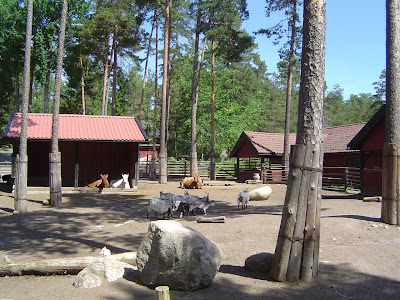 More goats and some mellow cows. 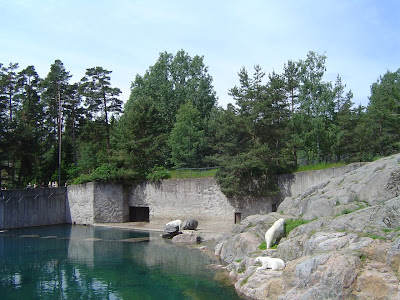 The polar bears had a huge enclosure 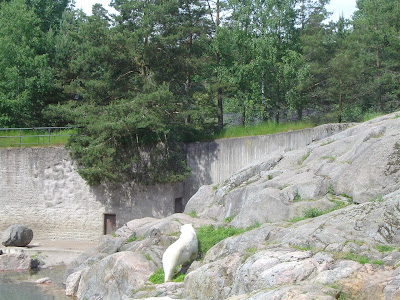 where they walked around and swam in the pool. 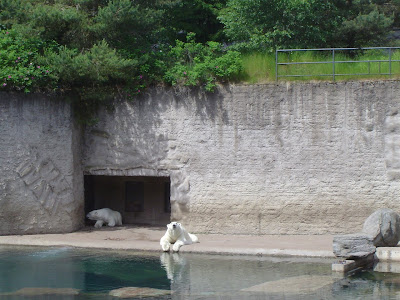 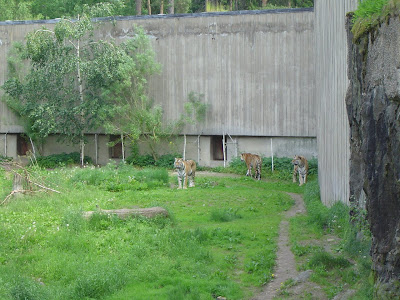 This looked a bit strange to me: A tiger, two, three tigers in a Swedish meadow. 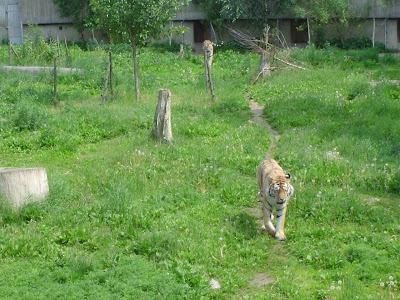 But there they were, walking down the path, 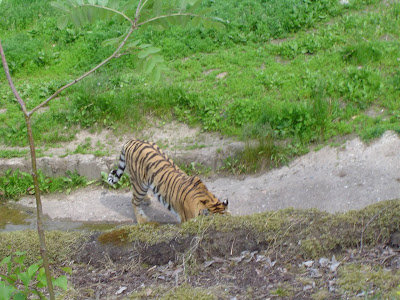 checking out the water temp… after all it's early summer and it may be cold in there…. 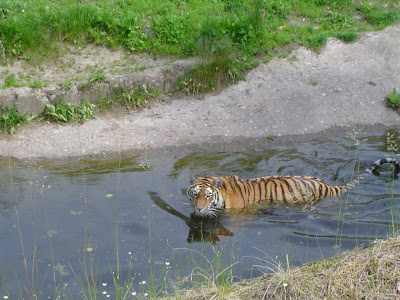 But no, look: A treat for me, the first time I've ever seen a tiger going for a swim. 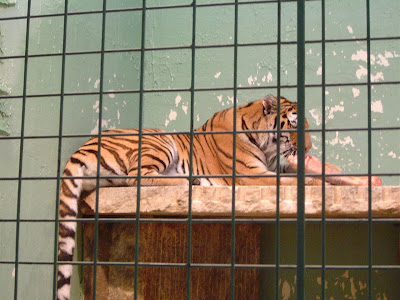 We all know that a good swim makes for a good appetite…what magnificent animals they are, these large cats.

Part two will follow in a few days and will include animals from the African savannah and two symbols of Swedish wildlife.

Something came up that I had to take care of, not related to my husband, but time consuming, still. This is why I haven't visited as much as I would like. Thank you for stopping by and checking out puppy Faith. She just went for her rabies shot and weighed 36 pounds. So she gains about 2 lbs a week. I expect she'll end up between 50 and 60 when she's done growing.

My husband has been doing well, but does not learn from his experiences with overdoing it. So we both suffer the consequences. But for the most part he's doing well right now. Thanks for your comments and your support. You have no idea how much it means and what a difference it makes.