As Inga and I walked around, we came upon a large meadow with an animal population straight from the African savannah. 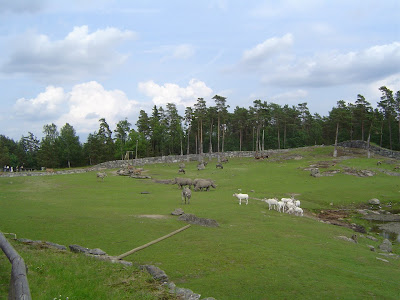 I saw tall and slender Swedish pine trees in the background and a field filled with rhinos, wildebeest, giraffe and antelope. 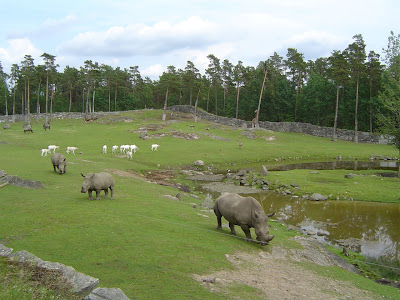 Soon the herd of rhinos started on a walkabout, around the pond. 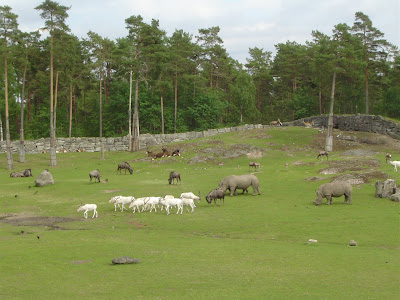 As they approached, the antelope began to move away except for one, who was butting horns with a wildebeest. I was happy to have captured that action with my camera. 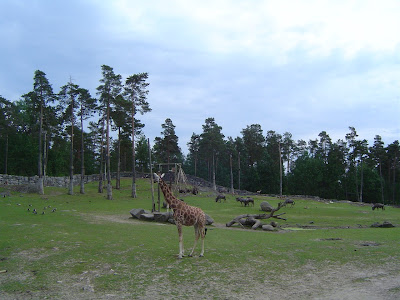 A giraffe wandered off by itself at the other end of the large field. 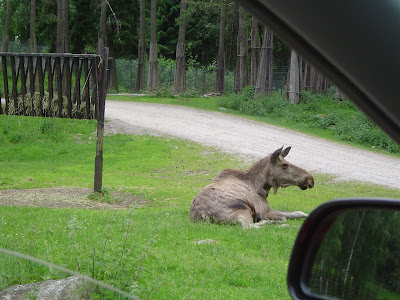 This animal park also had a drive-through part where animals were separated, as appropriate, in large natural enclosures. Here she is, the moose, symbol of Sweden, resting right by the road where the cars go by, seemingly taking it all in stride. 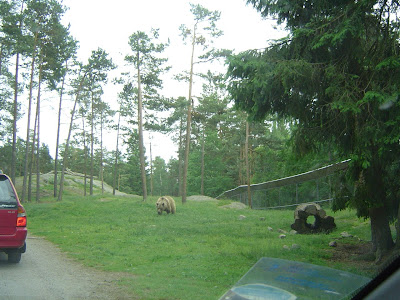 Look who decided to stroll on by: A Swedish brown bear! 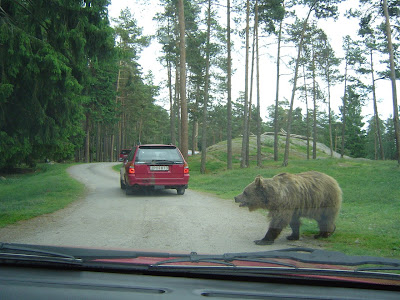 Not only that, the bear decided to cross the road right in front of our car. 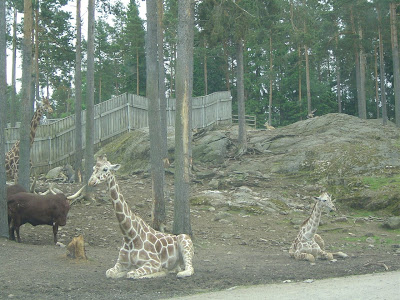 In the next enclosure, we came upon some giraffe taking a rest in the Swedish forest and a buffalo looking not too pleased to see us driving by.

Blogger friend ladyfi, who lives in Sweden, commented on my last post that things have now changed in the park:  "Wonderful memories! Kolmården has changed a lot - with cable cars rides over the fields so that now the animals can roam freely without cars driving through. And the tigers have a new enclosure."

And that, of course, is so much better for the animals. 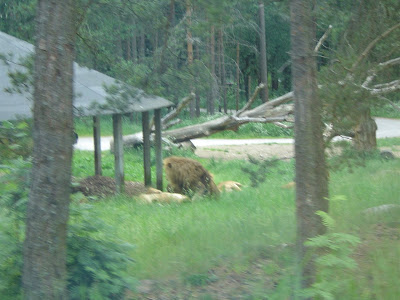 The lions were wonderful, playful, rolling around in the tall grass. I was so enthralled that I managed to mess up all the pictures I took of them. 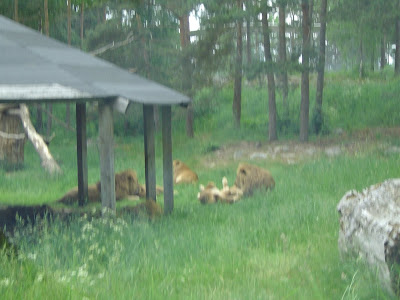 But I'm posting them anyway. Hope you can get an idea of how much fun it was to watch them having a such good time. 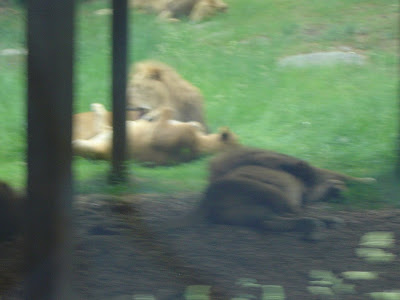 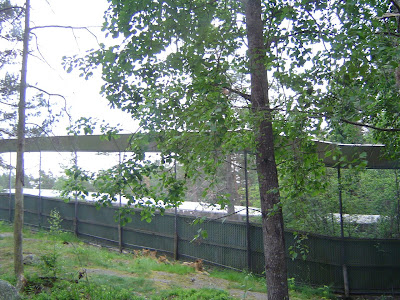 I don't know if you can see them, but lined up against the fence are about five lion cubs and they were the cutest of all in this animal park. 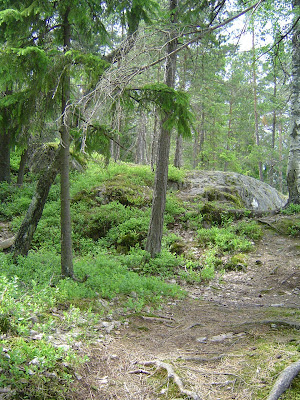 Let me end this visit in the Swedish forest. All the little bushes you see, growing close to the ground, are blueberries. I just had to take a picture.

A wonderful day with a good friend, who every time I come to Stockholm gives me a place to sleep and, with her sister, always makes sure I have the best of times there. Thank you Inga and Christina for all you do for me when I come to Stockholm.