A Changing of The Guard? 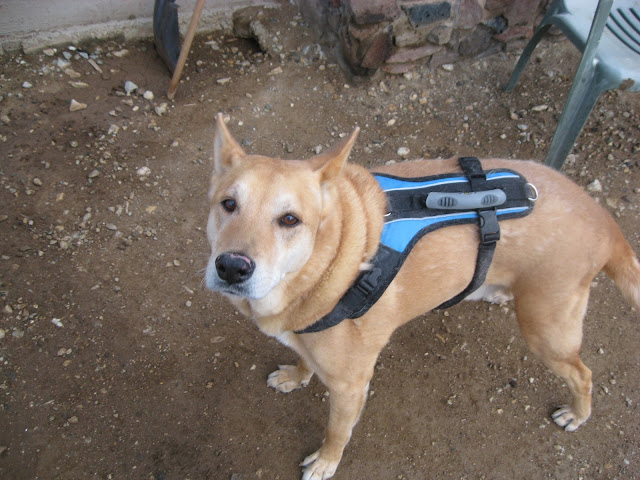 Many years ago when Samson was a young dog, he flipped Soldier (above) into a hole in the dog yard and injured him severely. We almost put Soldier out of his painful misery, but he proved to be a fighter. With the help of our vet, pain meds, and blogger friend Terry in Colorado, who sent the harness pictured here, Soldier fought on and lived for a couple of more years. 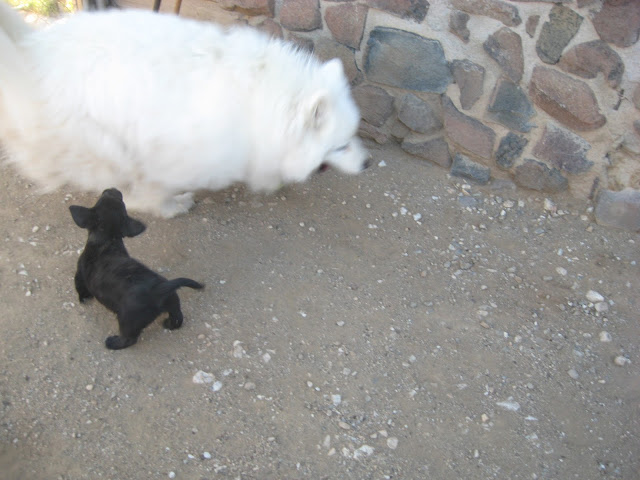 Faith, who once was this little, and now weighs around 52 lbs, (and is not just the sweet Lab she appears to be) has flipped 80 lb Samson several times.


The last time she did it, she injured him. A man came, heavens forbid, a man! Well it was the computer guy and I didn't realize a man would equal about one coyote or two dogs in her mind. So in a fit of misplaced agression, she flipped Samson and shoved him into the fence. 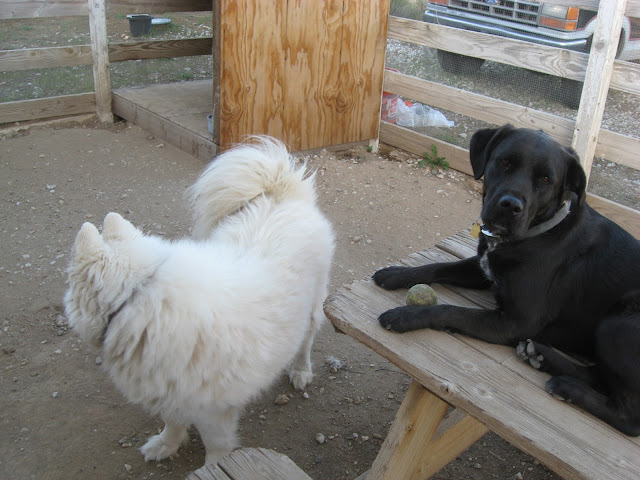 Samson is so kind, he never bites her, no matter what. Fortunately, by now, he has figured out he can take refuge in the dog house, seen in the corner above. She can't get to him there, so it is working out for now. 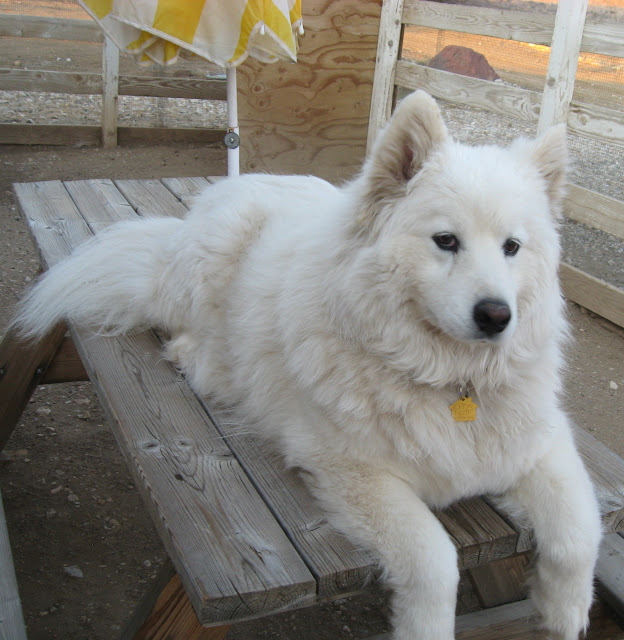 How young he was in this picture!  I guess Errol and I were supposed to use the table, but Samson took it over and we never argued with him about it. So to my mind, it has always been Samson's table. The table is a place from where he can see better, and, perhaps, feel more secure. 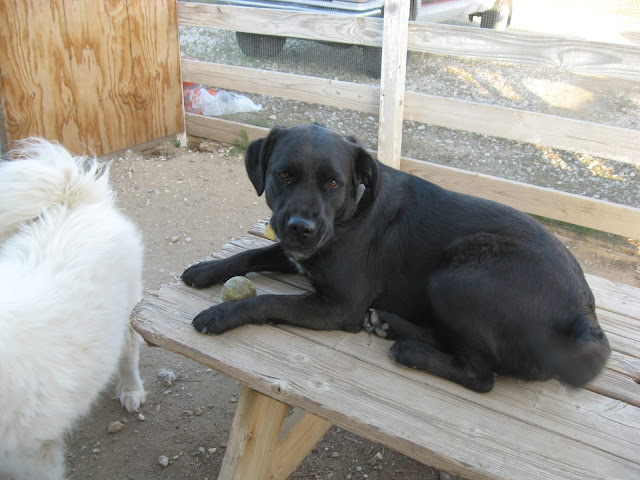 Well, not only did Samson get injured, he also became ill at the beginning of March. So for a while, he couldn't easily get up on the table.

And, as it does in nature, the instinct to take over, to become dominant kicked in; Faith saw her opportunity and took it. 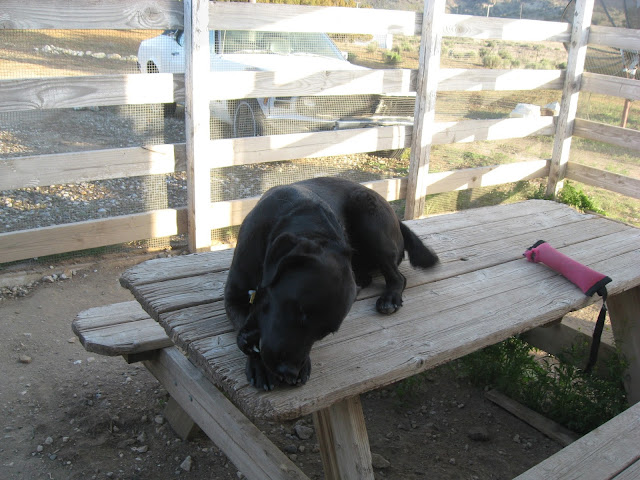 Not only is she on the table, she's bringing her balls and toys out and placing them on the table as well. And I have been so upset! I don't like this at all. As soon as Samson got better, I encouraged him to get up on the table again. And he has. No fights have taken place over the table, but I sense a changing of the guard. 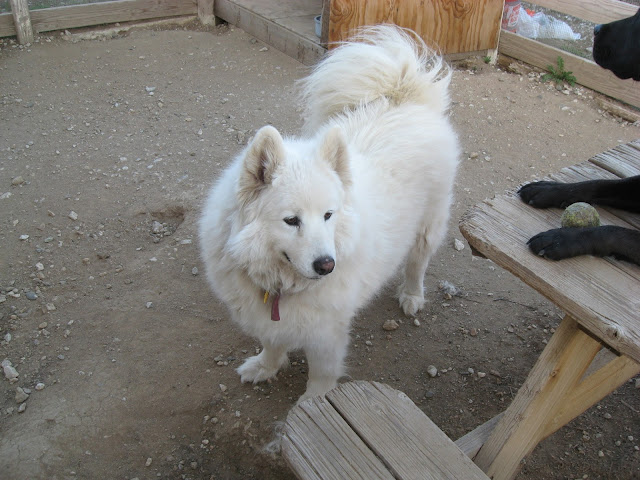 She's up there so much more than she used to be and he, sweet dog that he is, lets her have it. He doesn't seem to mind, the same way he didn't mind when she came here and promptly stole every last toy, every bone he used to chew on, even Gracie 2, the toy dog he loved so, she chewed her up too. Samson took it all in stride. He's probably wiser than I because I am a bit upset about it all. A changing of the guard. She will be three in a few weeks, he will be eight in July.