Appreciating My Husband So Much

As I write this, there is a blizzard outside, a fire in the fireplace, something good cooking on the stove. This is the end of a week where my pioneer woman idea has been tested a bit and where I ended up truly appreciating my husband for all he can do and fix and cook!

Earlier this week, I finally decided to bake the zucchini bread I had tried to get to for the past month. The recipe is an old family recipe I got from my friend Carol.

So early one morning I made a fire, put on a morning TV show to keep me company, told the dogs that I'd trade them a walk for some good zucchini bread, pre-heated the oven to 325, and got started. Here is all the stuff: 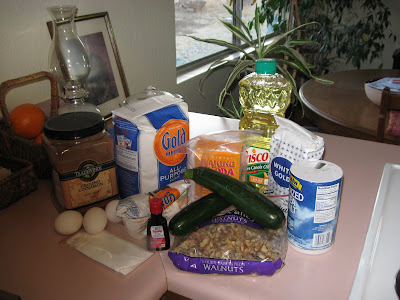 This bread took a long time and a lot of work to prepare. With no electric mixer, I stirred and stirred until my arm got numb. When I was finally done, I poured the mix into baking dishes, opened the oven door and was about to put the dishes in when I realized that the oven was cold. Ice cold! I fiddled with it, tried this and tried that, but nothing worked. I called my hubby in L.A. and he told me to do what I had just done. I tried it once more, but no luck.

How I missed my man. He told me he'd be up here ASAP and when he came home Friday, he fixed the oven first thing. "Just some wires," he said.

This is the zucchini bread (photo uploaded upside down). It was a bit thick and dry, probably from not being baked right away, but it tasted good. Thanks, Carol! Then my husband had the great idea to cut a slice, butter it, and put it in the microwave for one minute. And suddenly it was moist and delicious and so much fun to share with our friends who came over yesterday. 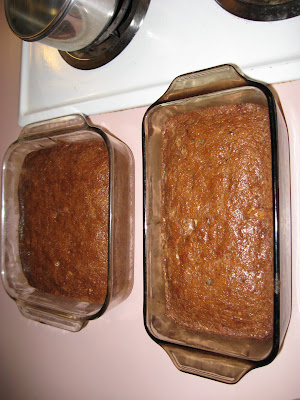 My first unfortunate event happened the day before Thanksgiving when the plumbing went. Before I had a chance to tell my husband, he arrived here to surprise me. So no tools!

Oh, well, just another test of my pioneer woman spirit, but not much fun, that's for sure.

On Friday, I got some of this to help clean the pipes: 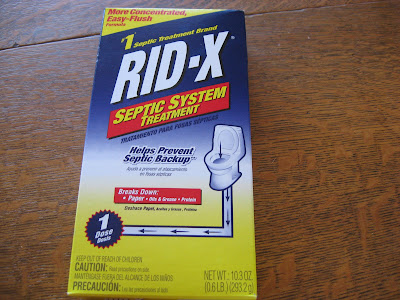 and my husband came back with his tools. He was able to borrow a snake from a friend out here, who brought it to us. Many thanks for that to our friend.

After a day and a half of hard work, my hubby got everything in working order.  I'm so grateful...some aspects of pioneer life get old pretty fast.

It snowed last night, melted during the day, then earlier this evening the next storm moved in: 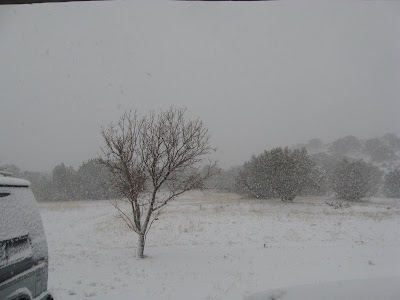 The dogs are loving it: 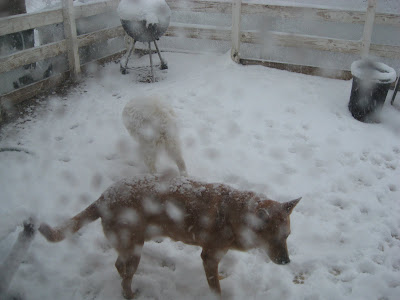 More about our adventures in the snow later.