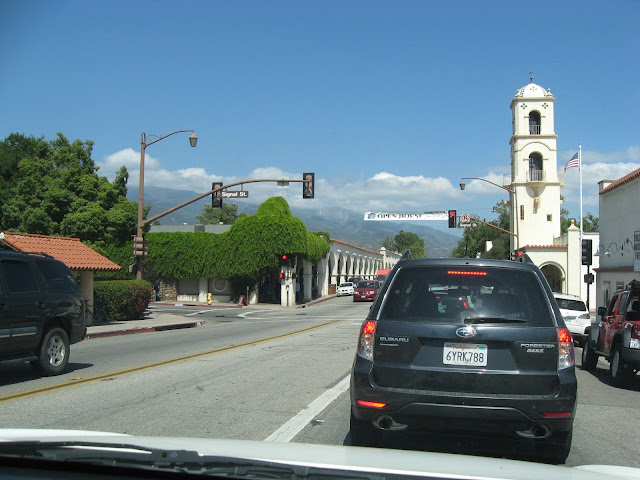 The Chumash Indians lived here early on and the town gets it name from a word for "moon" in their language. Later, the area became part of a Mexican land grant, Rancho Ojai, made to Fernando Tico in 1837. After he sold it, well, you know the history of California: Native Americans, Spanish settlers, Mexican settlers, and then the white folks arrive. And, for a change, we didn't ruin Ojai. Yes, it's a tourist attraction now. The town has fancy shops, spas, music festivals, wines and organic food. 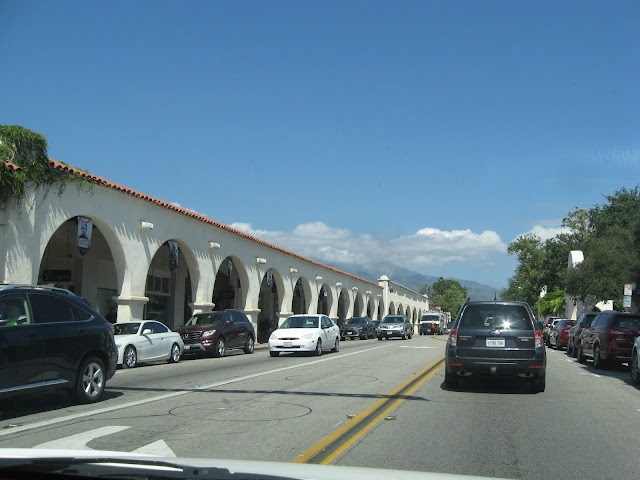 It is what it doesn't have that makes it so special. Chain stores, with the exception of a few gas stations, are prohibited by Ojai law; so no Walmarts here, no McDonalds or others like it; and no high rises. Local small businesses are encouraged and seem to thrive. 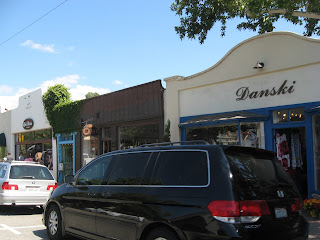 I first saw this town over 40 years ago and the last time I visited was in 2005, but then Errol and I were looking for a place to retire, so my impressions are from 40 years ago.

Of course, much has changed, the fancy store pictured above and many more like it were not here then. More cars and tourists are here, but the rich history of spirituality is very much alive. Ojai is still unique, I felt it in a few short hours, a city unlike any other I have ever visited. 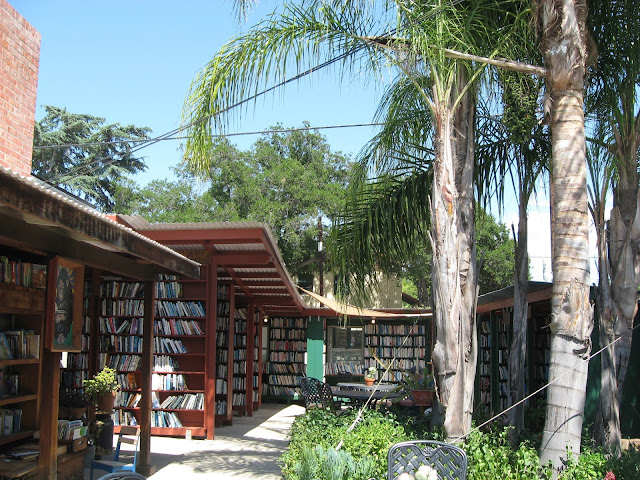 Bart's famous outdoor bookstore was nothing then, like it is now. I remember home-made bookshelves lining the sidewalk, coffee cans on top, where you left your payment. The coffee can system, in lieu of a cash register, began Bart's now famous honor system. It's still in place for books left on the sidewalk shelves during night-time hours. 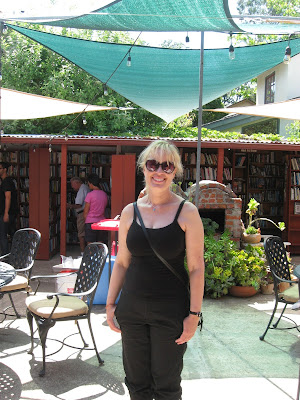 Bart's bookstore is a truly fabulous place, a book lovers paradise. I think I heard someone say they have more than 150,000 books there. 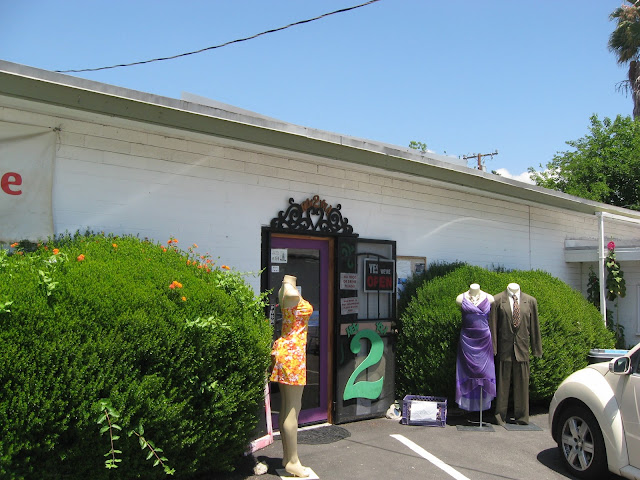 Rachael and I had lunch at a lovely vegan restaurant she discovered last year. Then it was time for some shopping, beginning with this thrift store. 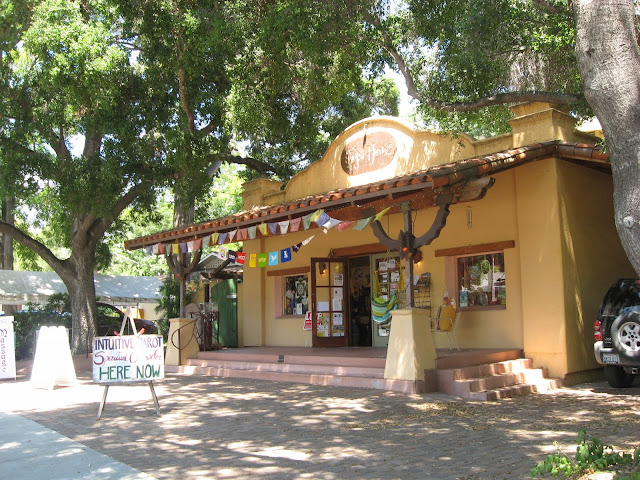 Continuing in this new age store, full of interesting things to peruse and buy. 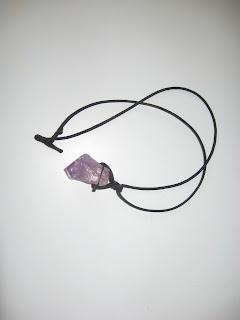 I bought this amethyst necklace and two stones, one for Rachael, with hearts on one side, and the text "You are loved" on the reverse. And for myself, this rock: 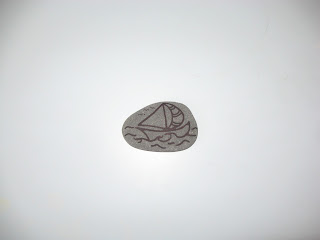 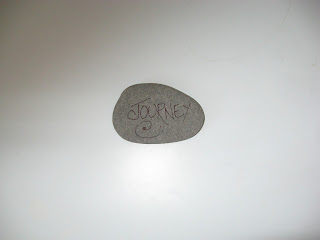 A sailboat with "Journey" painted on the back. A good way to look at life, I think. 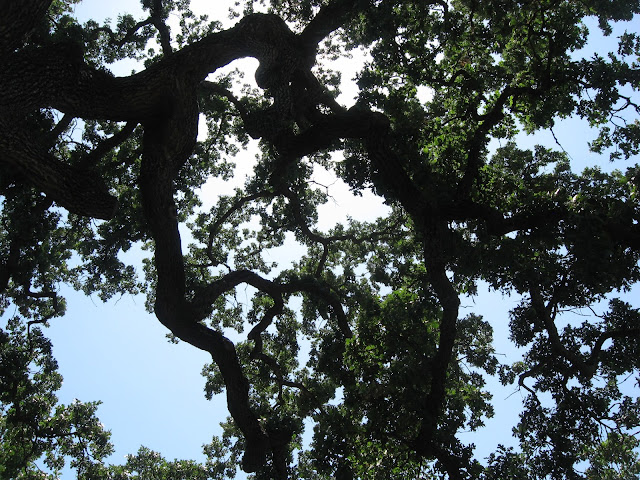 There was also an outdoor area under this old oak, where I found the rusty scales and old Coca Cola sign I posted earlier. 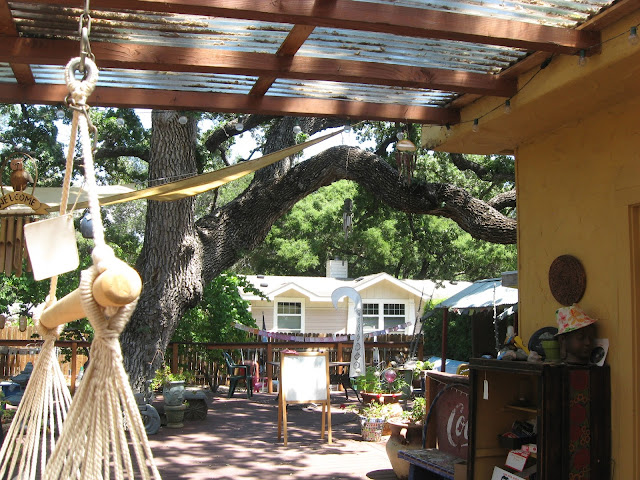 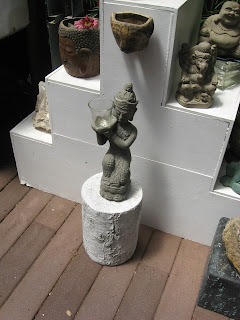 And many other interesting things to look at and perhaps buy. 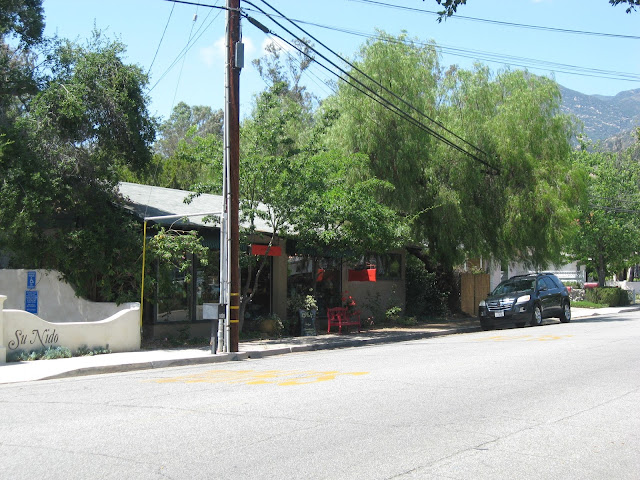 This house was across the street and Rachael noticed this 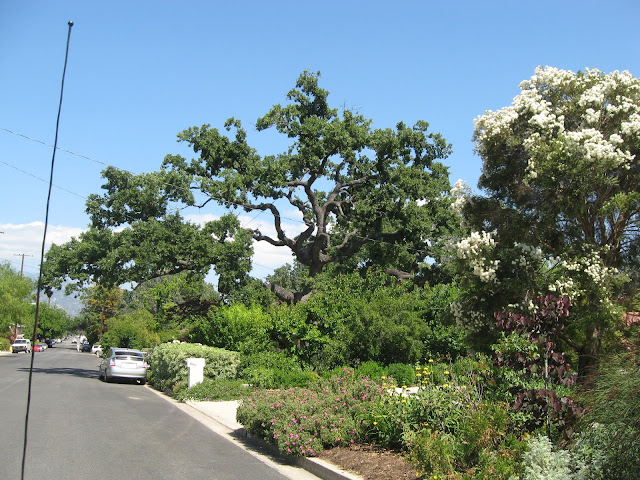 magnificent tree in the neighborhood. We had to turn the car around and take a picture. 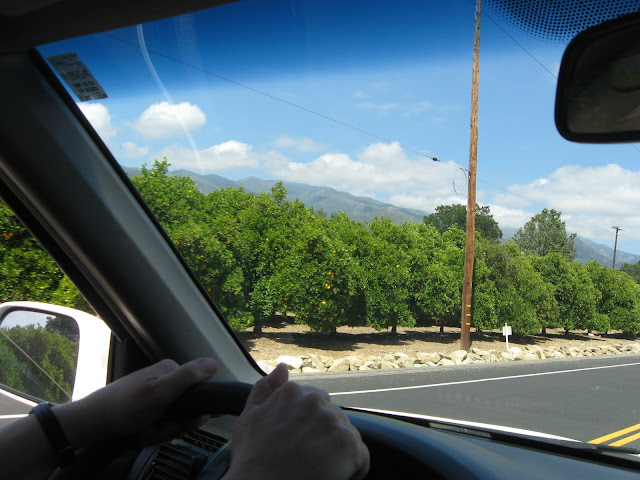 Then we headed out, past orange groves, to Meditation Mount. After our walk down the path through the gardens I wrote about earlier, it was time to leave. 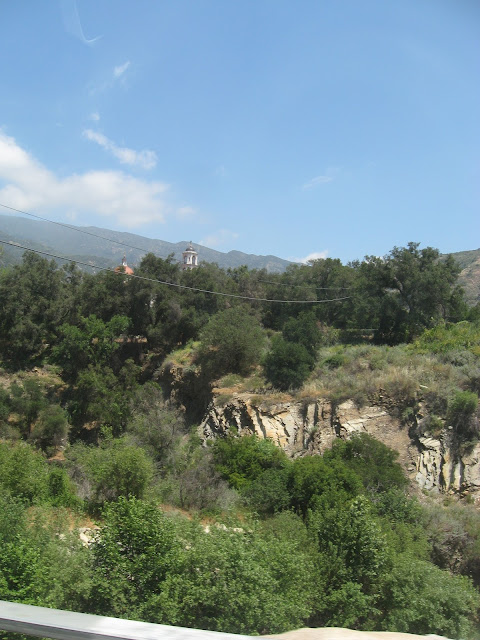 On our way home we pass this place, Thomas Aquinas Chapel and college close to the small agricultural town of Santa Paula. Then it's on toward busy highways and freeways and home.