Celebrating Friendships Across The World 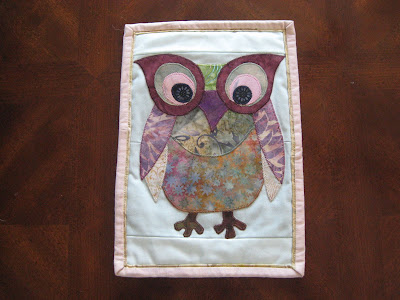 I met Jean from All Points of the Compass  through Majsan, a Swedish blogger friend, who told me about this wonderful video on youtube, called Wild Sweden, that Jean had posted. Majsan has since stopped blogging, but Jean and I have become friends. 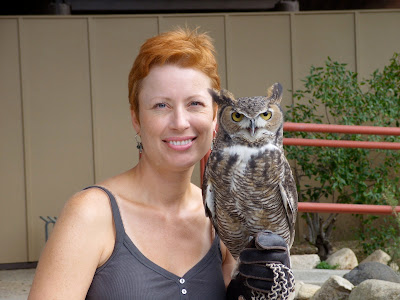 Rachael with Orion, the Great Horned owl, some years ago.

I sometimes write posts about my friend Rachael and the good things she does for animals. She has volunteered at many, if not most, of the animal rescues in the Los Angeles area, working with lions, tigers, and other big cats; birds of prey, and many other animals. I met her when we both worked at the donkey rescue, some eleven years ago now. 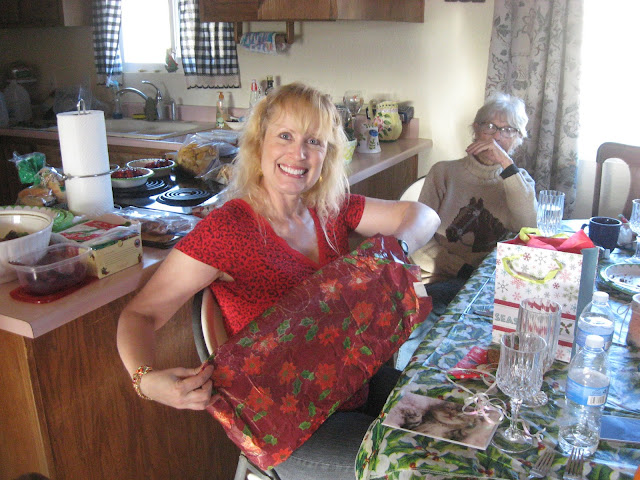 Since I have have known Rachael, she has done so many kind things for animals. And when I know about it, I usually write about it. One time, in the dark, she searched a large shopping mall parking area for an injured hawk, not giving up until she found it. A couple of years ago, Rachael and another woman rescued several horses from a wildfire; and last spring, she and her boss drove down a road, while a wildfire was burning on one side of it, to help move animals from one rescue center, threatened by the fire, to a safe place at another rescue. Writing this makes me smile, because there was this squirrel she rescued, I just remembered, large and small makes no difference. Knowing Rachael has empowered me to remove spiders from my bathtub and put them outside instead of flushing them down the drain. 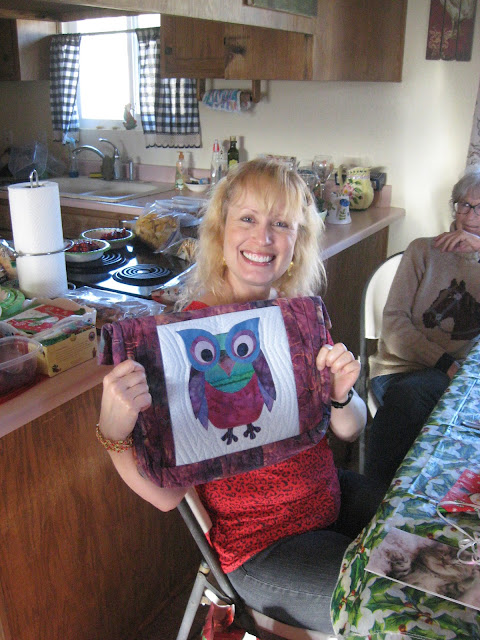 Jean, another animal lover, read about Rachael on my blog. Rachael must have touched her heart because Jean told me she wanted to make a present for her. A quilted bag. Jean makes quilts, incredibly beautiful quilts. She posts them on her blog, so please look them and Jean up here. I was so thrilled to learn this. And when Jean asked about the material choice for the bag, I told her that, in addition to the owl Jean wanted to put on the front of the bag, it would be good if she had something that included cats. This she did, and, as you can see above, Rachael was thrilled with the bag and the thoughtfulness and love it represents. 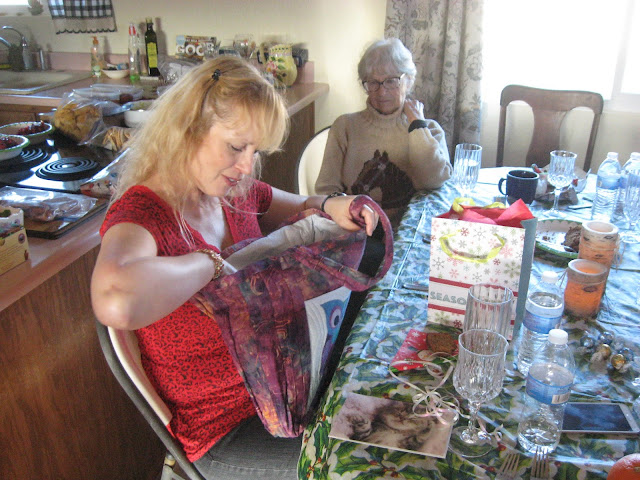 Oh, this is becoming a long post, a bit out of order. This is what happened with the gift: We had an after Christmas party at my house with Mary, Rachael, Connie, Diana, and I. After we ate, I gave a little speech and handed Rachael the gift from Jean. 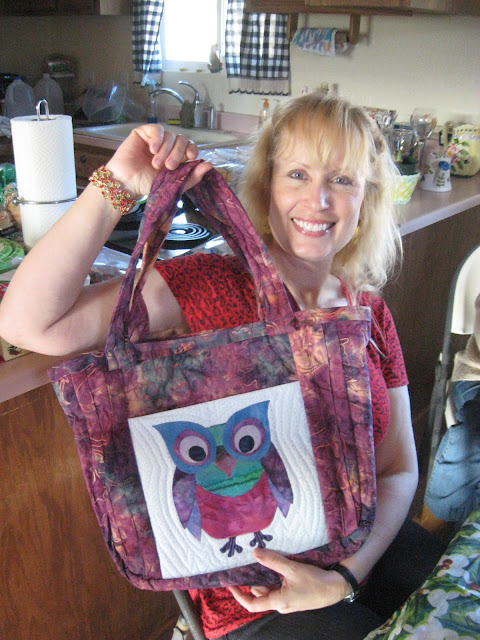 I love that it came all the way from New Zealand to California because two Swedish bloggers connected with each other, and then with a kind and talented woman in New Zealand. Truly an all points of the compass moment, I thought. 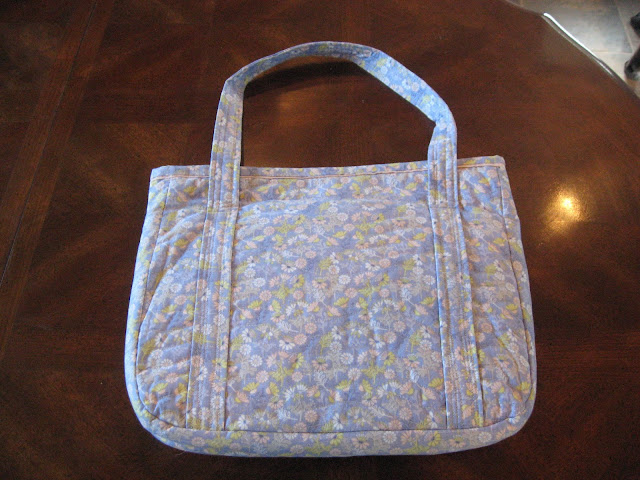 When the package from New Zealand arrived, I put it away. Then Jean said I had to open it at Christmas. This I did, and found a bag for me as well. I couldn't believe it. It's lovely, so Swedish looking, somehow. I have no idea how Jean could pick something so perfect for me. The inside has pockets for phone, tablet, and so on. 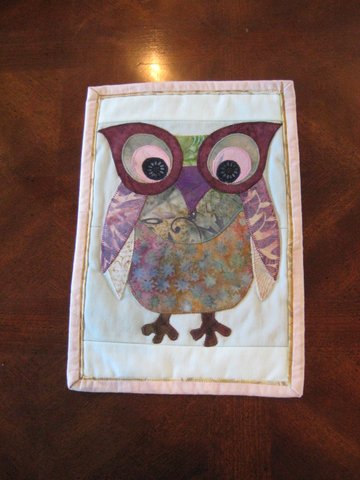 The love and generosity didn't end there, I too got an owl. The one above, an owl that will hang on my wall. Watching over me, Jean said. 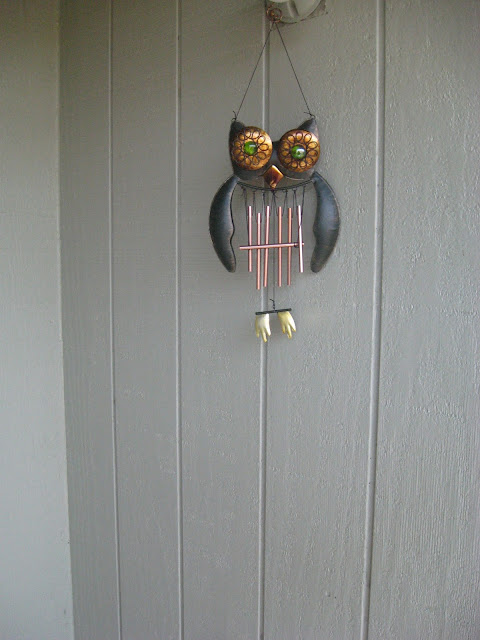 And the owls continued: After everyone left, Rachael and I exchanged Christmas gifts. I gave her a pair of owl socks and a little owl, just to have. And she gave me this gorgeous owl! 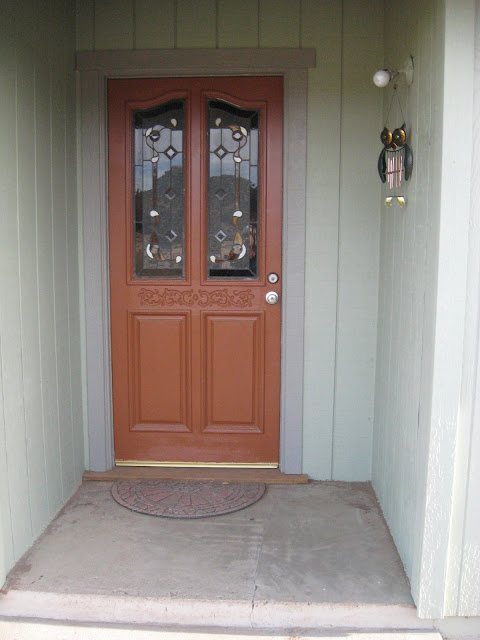 And now I must buy a cover for the light. Birds like to sleep on top of it in winter, feeling sheltered, no doubt, but leaving a mess behind. I think the owl will put a stop that.

Finally, these are the colors I picked for my house: Sage, with gray trim and rust red accents. The little porch stands out, looking unfinished, but Glenn will fix it come spring.