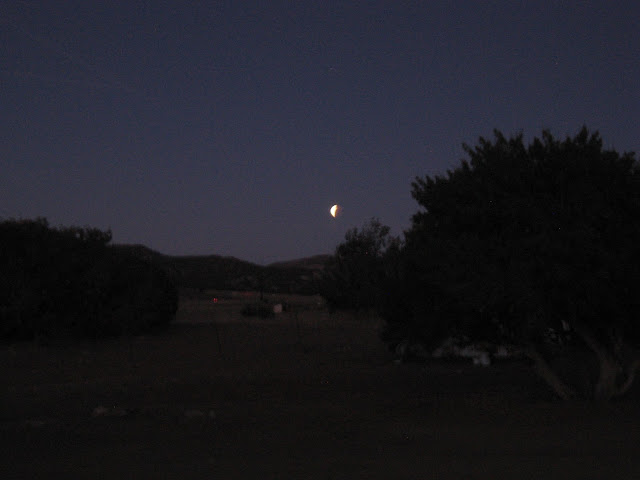 Since I don't have the lens needed for a good moon shot, I went out to watch the eclipse this morning without my camera. It was great to watch and sort of made up for the solar one I missed last summer. I know, not the same, but still -- is there anything better than being outside in the early morning, watching the sky? 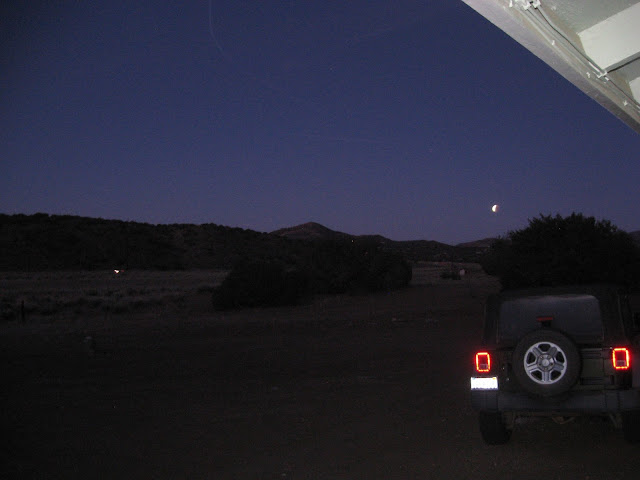 After a while, I decided to give a picture a chance and ran in the house, got my camera and took a few. Not the best, I know. The first shows the eclipse better, but I like the second one because of the unexpected effect of the bright red tail lights on the Jeep. I had no idea that would happen. Photo surprises like this happen frequently to me, and I just love them.
a 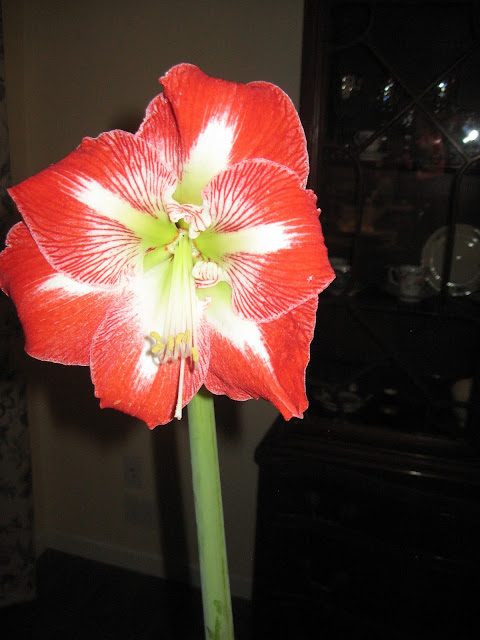 This has nothing to do with the moon, but I received an Amaryllis bulb for Christmas. I never had one before and wasn't sure what would happen. But it took off at an amazing speed, and grew, and grew, and just the other day the first flower burst out. There are about three more to come, I think. I never knew it could be so much fun to watch a plant grow, waiting for a flower to bloom.

And now I hear the coyote pack has arrived again, so I better go and let the dogs in the house, because there will be barking. Lots of it!