Angel and Bandit (AKA Bonnie and Clyde)

As it turned out, we never found Angel's owner. We lived in the middle of Los Angeles, one block south of Olympic, a very wide boulevard with, this being LA, continuous traffic. A few blocks away were two other wide streets full of cars, always. 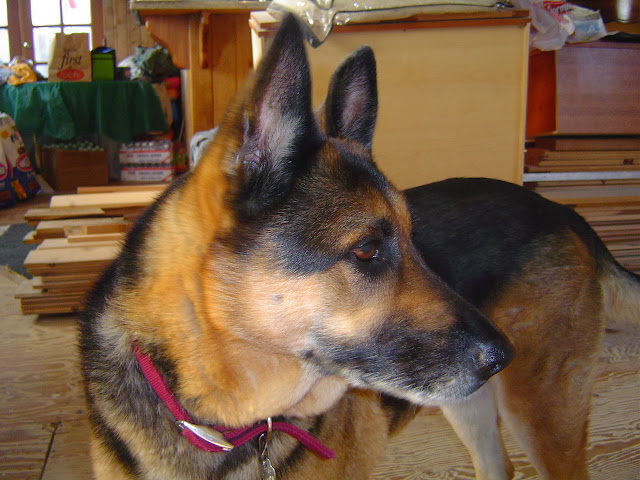 We took her picture and posted it all over the neighborhood, but never found an owner. So she stayed and became my Angel, also called Angel Cakes by me. She turned out to be the sweetest dog ever, so playful, so loving, so funny. It didn't take long for her and Bandit to team up to make our lives just so much more fun.

This is what Bandit had to say about her in those "poems" I wrote for him:

Angel was so much fun and she made me fall in love with the German shepherd breed. Of course, with all the dogs Errol kept finding, I would never have a chance to choose a specific breed, but still, I think they are just wonderful dogs.

Living in the Canyon

And when they run! Sheer beauty in motion. I loved to watch her run once we moved here to the canyon.

Angel was about eight when we moved. I'm so glad she got to spend her senior years here. 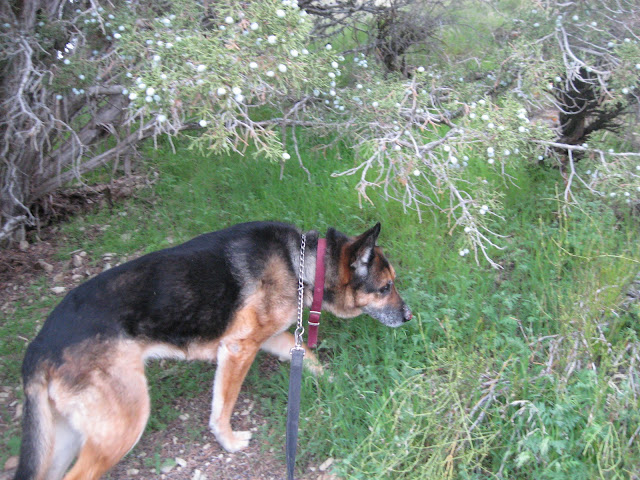 She was the sweetest, kindest dog who cared for everyone in our family. In addition to the other three dogs, we had two cats and two birds. Sindbad is the cat in the picture below. 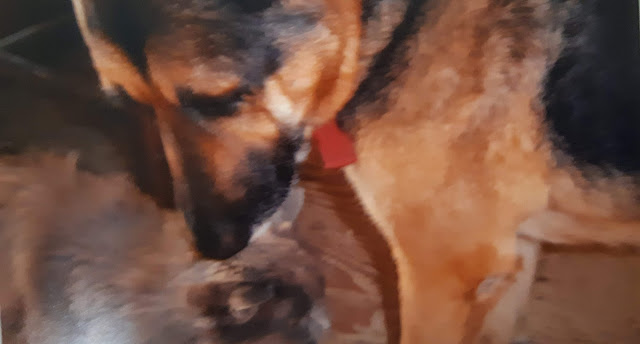 As she got older, she became the matriarch of her pack. She took good care of all the dogs that arrived after her and helped to raise Samson to be the dog he is today 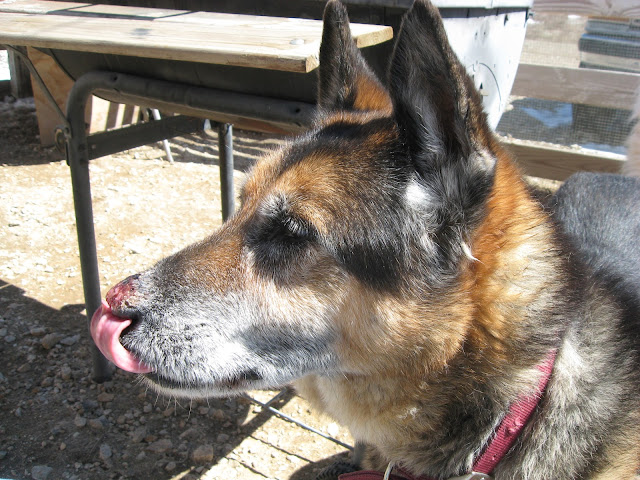 After a rough night, Angel died early this morning. We buried her in the yard next to her beloved Bandit, with the scent of lilacs floating through the air and turtle doves flying low above.

Angel was 13 years and approximately 7 months. She came to our Los Angeles house in July 1999, and refused to leave; she has taken care of all of us ever since. Angel had discoid lupus that only affected her nose. Other than that, she was never sick a day in her life, she didn't suffer from age-related arthritis, she could jump, run, play, and guard still. I am devastated and will take a few days off from blogging to take care of myself and spend time with Samson who was so attached to her. She raised him and taught him all he knows. 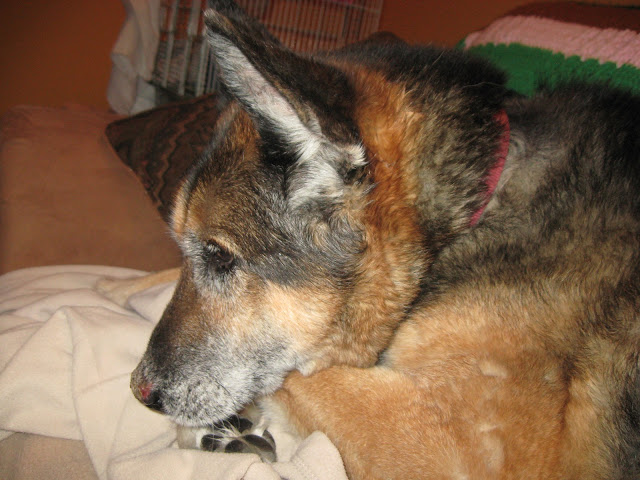 When we told our vet what had happened, he diagnosed her sudden illness as bloat. Something we were soon to experience again, but at that time had never known a dog to suffer from.

Angel was our vet's first patient at our Veterinary Hospital and I know she had a special place in his heart. He always tried to help her with her fears, her shaking and shivering every time she had to come to see him.

Angel was my love, my protector, my very, very special friend.