February 21st ~ How Could I Forget? 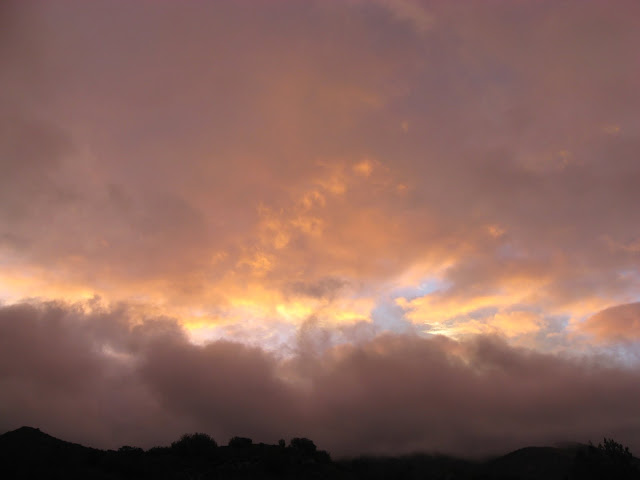 It was the 21st of February and my life was a bit of a temporary mess because my toilet was clogged.

It was supposed to snow today, the 22nd, and one has to prepare.

The 21st of February was also a Federal holiday and the local plumber I called, didn't return my call. So I called Roto Rooter in Bakersfield and within an hour a very nice young plumber guy was here to help.

The day went on, I still had that feeling there was something special about this day, but I just couldn't think of it.

One of my sisters-in-law called. We seldom talk, so it was really nice.

Then in the evening, Riley calls. Riley and Errol's aunt Dorothy were married with us, on the same day, in our house in Pasadena.

Riley always calls me on this day.

How could I forget?

I asked, how many years ago?

I have sort of, if not cried, felt teary-eyed ever since.

But Riley said, think of the good times you had together. And I'm pretty good at that.

But still, how could I forget?

I will not worry about why, but I just find it interesting.

Old age is very interesting to me.

And a sense of humor is definitely required.