Trash and Treasures in the Canyon

This is definitely a canyon treasure…ruins of small houses that were part of a sandstone quarry, one of several that existed in this canyon. 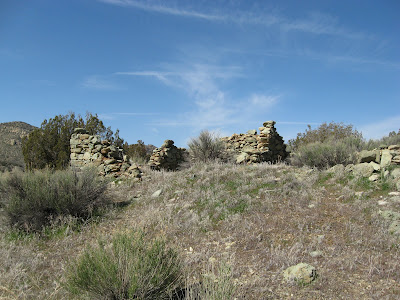 Many-colored sandstone was quarried here – and used for buildings around California, including the wonderful Pasadena, CA, library. 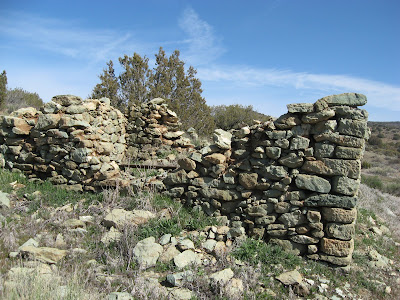 Personally, I imagine people lived here and wonder who, when and what it might have been like then. 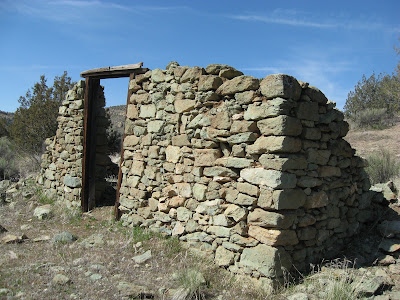 Treasures for the dogs abound, here there must be some excellent smells to get all of them so mesmerized. On our walk, Princess tried to dig up a critter from a hole and Angel scared a desert toad back into its hole. She also spotted a black-tailed Jack rabbit (yes, it's a hare, but here in the Western United States, they are known as Jack rabbits) and took off after it, dragging me behind for a short while until she realized it was a hopeless cause. 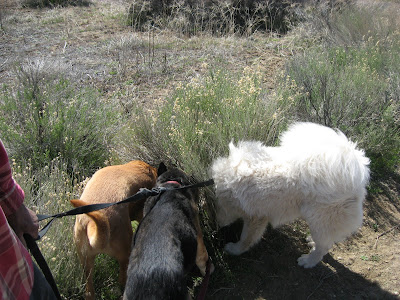 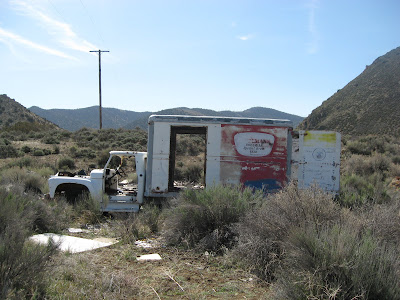 and dump an old beer truck and assorted other trash that I won't bother you with? 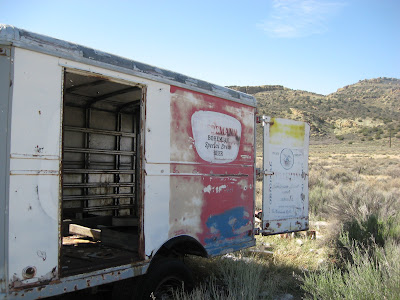 The white furry thing is the tail of a cottontail rabbit – we see them on our walks, they're all that the predators leave behind – this one next to one of the earliest wildflowers we've seen in the canyon this year. We saw many of them, clusters of small yellow flowers growing very close to the ground. 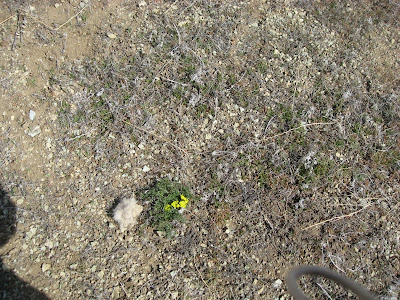 So who has the longest tongue? I thought it would be Samson, who definitely needs it to cool off with that coat of his, but it looks like it might be Soldier after all. He looks so tired, poor Soldier boy, as we take a break in the shade of a juniper bush – actually, I recently learned that junipers are trees, not bushes – so a juniper tree. We walked around the canyon for about an hour and a half then went home to rest. 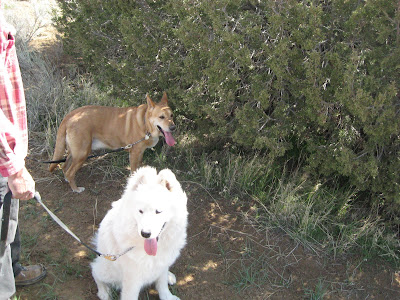 Wonderful smells drift from the kitchen as my equally wonderful husband prepares our Easter dinner. We're all pretty hungry after our long hike and looking forward to both eating and begging at the table.

Happy Easter Everyone!
Posted by Inger at 1:48 PM