This & That From The Canyon & Diabetes Support Group Meeting Notes 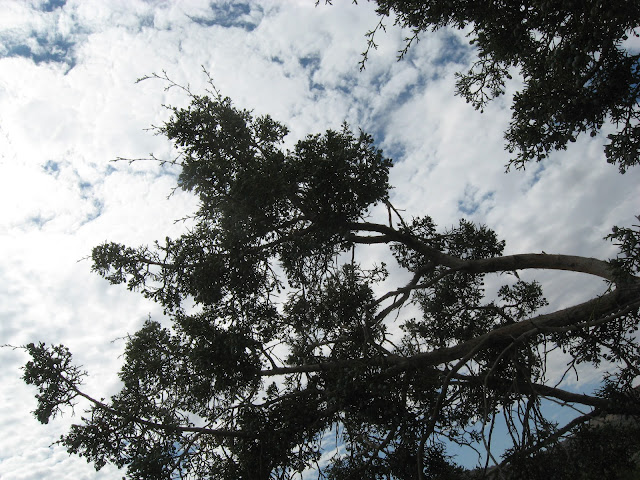 On Thursday, I went to the diabetes support group meeting to listen to a visiting podiatrist who talked about how to take care of our diabetic feet. He began by going over all the various foot problems that can develop in all of us, but are particularly difficult to deal with in people with diabetes. He also gave us some advice on how to best take care of our feet. 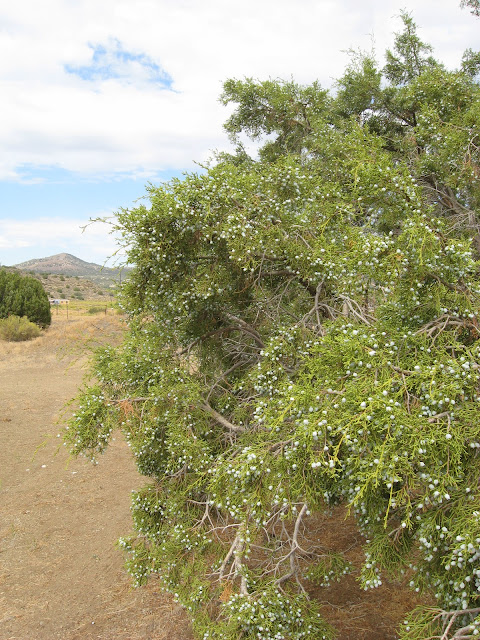 But the thing was, this doc wanted to scare us  straight! He said as much, then he followed through. First he provided some gruesome statistics: Every 6 seconds, someone gets a foot amputated somewhere in the world,  and diabetes is usually the culprit.  Plus this: There are two kinds of gangrene, wet and dry. Dry gangrene is not considered an emergency because the affected body part, say a toe, will eventually just break off! It’s the wet kind that will rush you in for emergency surgery. 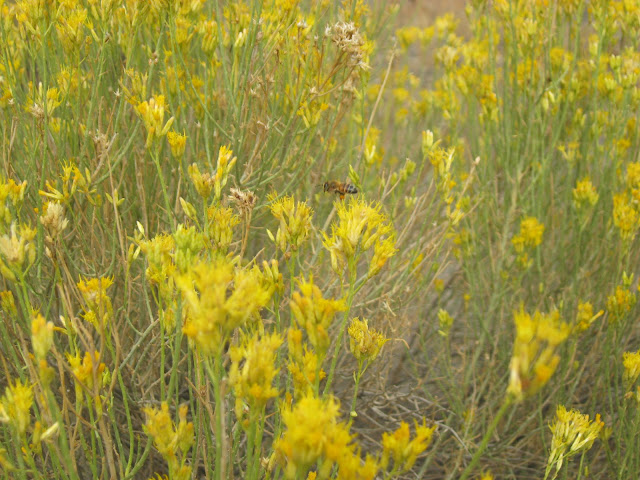 The first bee I ever managed to capture with my point and shoot camera. I am happy!

But it didn’t end there, he proceeded to show us photos of every kind of diseased foot you could possibly imagine. There was a parade of fungi, corns, callouses, hammer toes, bunions, and gangrene. There was a diabetic foot that had stepped on a nail and it’s person had no knowledge of this, but walked around with the nail in his foot, only to be discovered by this doctor in a routine foot exam. There was a poor foot, whose person had walked barefoot to his mailbox, in the Tucson, Arizona summer, no less. I imagine on very  hot asphalt or concrete. That poor foot was severely burned. Neither of these two guys felt a thing due to diabetic nerve and other damage to their feet. 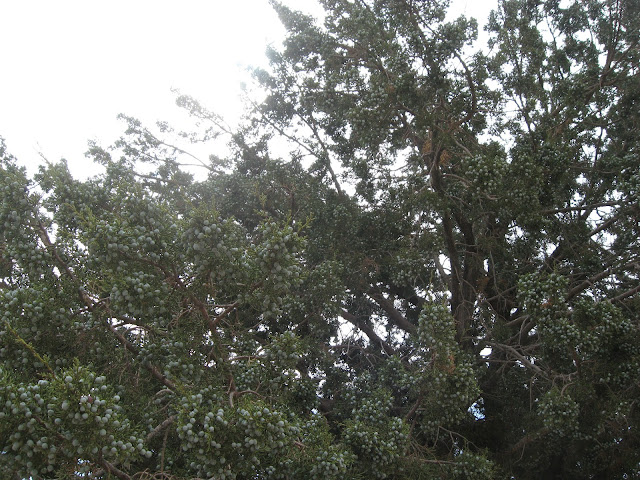 I can still feel my feet so I don't pay too much attention to them. I never walk barefoot and I never wear open toed shoes or sandals. I fear injuring my feet too much. After this, I believe I will pay a bit more attention. The best advice he gave was for us to check our feet every day, use a mirror if you can't see your feet properly. If you have diabetes, you must see your doctor for any little thing that happens to your feet. Just to be safe.

I was worried, but I was able to sleep without nightmare images of these terrible feet showing up in my dreams. For that I'm grateful! 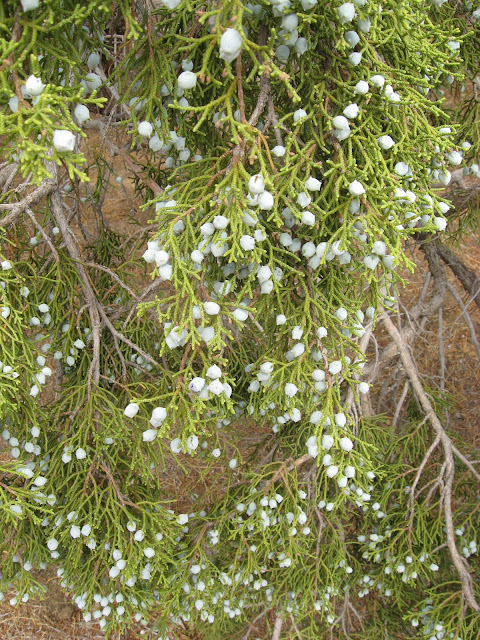 A canyon update: First, the weather -- it's around 42 - 46F when I wake up at five a.m., so it's pleasant for a few hours. Just right for walking the dogs and working outside. But when the afternoon comes around, it gets hot again. I heard it may change by next week. I hope so. 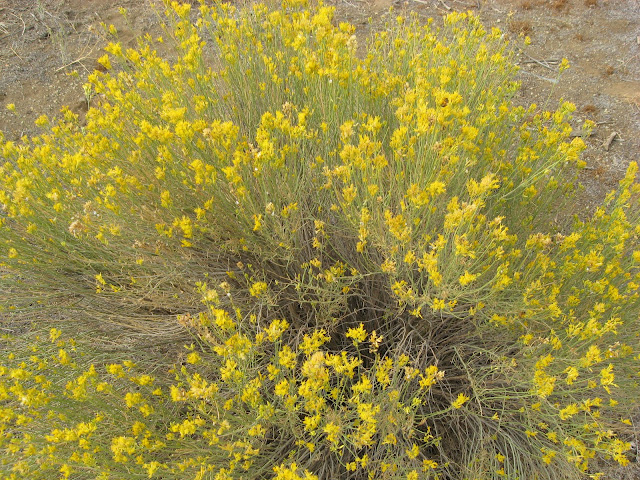 As you can see, the gray rabbit brush is in full bloom. Native Americans in this area made tea from the rabbit brush and used it for medicinal purposes. While pretty for a few weeks each fall, it's a fast spreading weed. Being busy with other things, we have let it get out of hand. Basically, you need some heavy machinery to remove the bushes, which we don't have right now. What we do have though is me! See below. 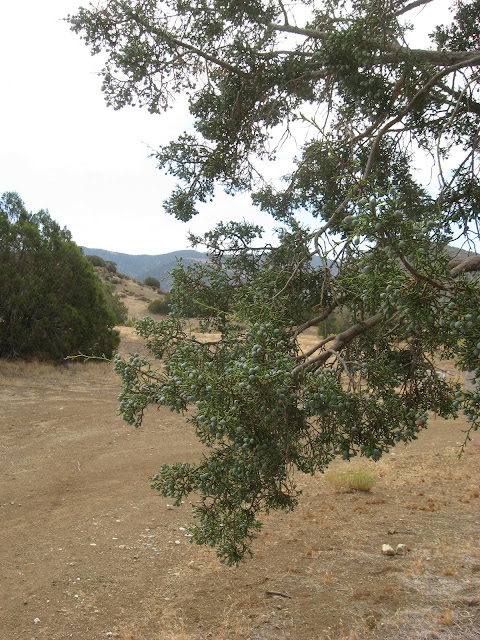 Our other predominant plant here in the canyon, the juniper tree is bearing fruit. The juniper tree is a tree that looks like a bush and it has berries that are not berries at all, but cones, like tiny pine cones, covered in blue skin. Go figure! Coyotes and other wild animals will come and feast on these cones after they fall to the ground. Bears like them too and we once had a bear strip a juniper of a lot of branches, eat the berries, and throw the stripped branches under the tree. 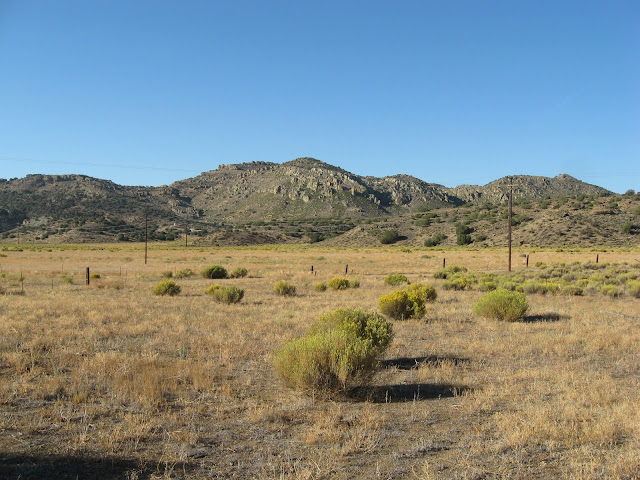 I have always wanted a field of my own and now I have this one, the near field in the picture. It's fenced, but not used for anything except for me to walk through, look at, or sit in. The rabbit brush has now spread into my field and I don't like it. So I have a new morning chore: Cutting back the rabbit brush. Too bad I'm doing it while it's flowering, thus spreading the seeds, but it can't be helped. They have to go. So far, I've cut back about 10 bushes and at last count I have another 13 to go in the field. It's slow going, these guys are big. They are sort of dried out at the bottom and break off easily, which is great. 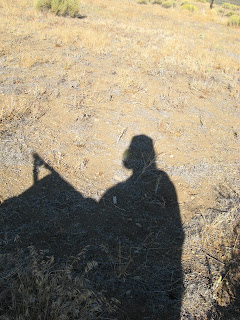 I can only do about one bush a morning. Then I sit back, rest, and enjoy the soft desert wind as it wraps itself around me. I watch the marvelous little birds that have been around all summer long. Huge flocks of them fly up from the field to perch on the wires, then one of two drop off, and soon they all fly down into the field again, twittering all along. Peace comes over me. How could it not?

Yesterday, as I opened the front door, I saw a huge plane flying over the canyon, very slowly and making a droning noise. At first I became concerned, what was it? Was it in trouble? Then I remembered the Endeavor, but I didn't know it was coming. They actually did a fly-over here, over our canyon! Then the plane turned, flew over Tehachapi, and on out over the San Joaquin valley to Sacramento and San Francisco before turning back to Los Angeles, where it will have a permanent home at the Science Center. It was wonderful that I just happened to see it and I'm still excited about it.

Have a great day everyone.