Many Native Americans viewed the Spanish padres as shamans and held them responsible for their diseases and misfortunes. Thus, the killing of a padre was in the eyes of the Indians a way of cleansing the land of the spiritual evil that was overtaking it.

The Mission Indians staged many revolts and uprisings during the Mission Period in California (1769 - 1833). Most of the revolts were local and short-lived because of the superiority of the Spanish military. 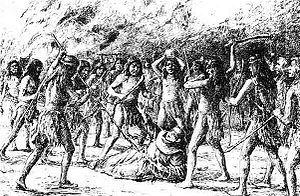 The death of Father Jayme

In San Diego, there was, from the beginning, strong opposition by the Kumeyaay Indians to the founding of the mission on land they had occupied for thousands of years. In November 1775, between 600 and 800 Indians gathered and attacked the mission. All records and manuscripts were lost in a fire that burned the mission buildings. In the fighting that ensued, the Indians killed Father Luis Jayme, who became "the first Christian martyr of Alta California." The attackers then fled to the interior, followed by Spanish troops. From the Indian perspective, forced labor and the rape of several women by the soldiers were the main reasons for this attack. 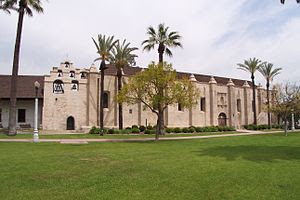 In 1771, two attacks on the San Gabriel mission, located outside Los Angeles, were triggered by the rape of an Indian woman by Spanish soldiers. 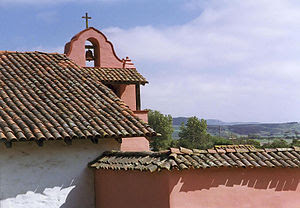 In 1824, after a beating of a La Purisima Indian neophyte by soldiers at the Santa Inez mission, Indians from the three Santa Barbara missions staged an armed revolt. At Santa Inez, several buildings were burned, but the soldiers were able to defend themselves until reinforcements from the Santa Barbara presidio arrived.

Runners carried news of the uprising to La Purisima, where the Indians immediately took control of the mission.
They were able to resist the local Spanish military for more than a month, after which Spanish soldiers from the Monterrey presidio were called in. Expecting a battle, the Indians had reinforced the mission and gathered supplies and ammunition. However, in the battle that ensued, the Indians found themselves with antiquated weapons, including a cannon that exploded, and lost the battle after only a few hours. Sixteen Indians were killed, many were wounded, but only one soldier was killed and a few others wounded. The leaders of the revolt were sentenced to hard labor at the presidio, however, a couple of them escaped to the hills before completing their sentences.

At Santa Barbara, the Indians sacked the mission and after a skirmish, where several soldiers were wounded and two neophytes killed, the Indians took to the hills. After several months of negotiations, a pardon by the Mexican government was issued and many Indians, but not all, returned to the mission.

These were some of the uprisings that took place during the mission period in California. I also learned that the American trapper, Kit Carson, became involved in 1830 after some runaways from Mission San Jose ended up living with the Miwok Indians in the Sierras. The trappers were recruited to aid in recapturing the runaways and battled for an entire day, killing many Indians and burning their village. Later the Miwok captured about 60 horses from the trappers, but Kit Carson and others chased them into the mountains and managed to recapture most of their horses after killing eight Indians in a skirmish.

Another point of interest for me was a story of a Chumash Indian village near Walker Pass, which is not that far from here. The village was found by fur trappers in 1833 and it turned out that these Indians had fled the missions after taking part in the 1824 revolt. The Indians had horses and were raising corn, according to the trappers.

The End of the Mission Period in California

Governor José  Figueroa, who took office in 1833, initially wanted to maintain the mission system. But in August of 1833, the Mexican congress passed an Act to Secularize the Missions of California. Quoting Wikipedia: The Act also provided for the colonization of both Alta and Baja California, the expense of this latter move to be borne by the proceeds gained from the sale of the mission properties to private interests. 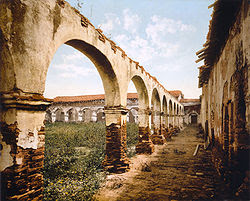 Mission San Juan Capistrano was the first to feel the effects of this legislation, when in 1834, Governor Figueroa issued his Decree of Confiscation. Nine other mission settlements followed that year with another six in 1835. Missions San Buenaventura and San Francisco were among the last missions to succumb in 1836.

After that, the Franciscans abandoned the missions, taking with them most of the valuables, with locals following them, stealing mostly wood and building materials. Some Indians were allowed to stay under a provision that allowed them to remain on parts of mission land.

During the Rancho period in California, between 1834 and 1849, the missions were further dissembled. Pio de Jesus Pico IV, the last Mexican governor of Alta California, found himself without the necessary funds to maintain power in the northern province. Thus, a decree was passed authorizing the sale or rental of all mission property, leaving only the church, a curate's house, and a building to be used as a court house. 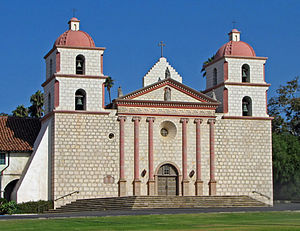 The Chapel at Mission Santa Barbara

Mission Santa Barbara became the headquarters and some 3,000 original documents from the other missions were transferred there. This mission archive is the oldest library in the State of California and remains in the care of the Franciscan founders. Mission Santa Barbara is the only mission where the Franciscans have maintained an uninterrupted presence to this day. All land, churches, and buildings were conveyed back to the church in 1853.

So what happened to the Indians? Well, during the confiscation of the missions between 1834 and 1838, some 15,000 neophytes lost their protection. After California became a state in 1850, the Indians were left without legal title to any lands. Later, treaty negotiations with the Indians took place and 402 Indian Chiefs and headsmen negotiated 18 treaties in 1851 and 1852. After a government investigation in 1873, a number of Indian reservations were assigned by executive proclamation in 1875.

Finally, and sadly, the commissioner of Indian Affairs reported in 1879 that the number of Mission Indians was down to around 3,000.

This adventure began with the photos I posted of Mission San Juan Capistrano. Originally, I intended to just provide a bit of background and history of the missions before I wrote about how I became interested in them and my impressions of the ones I visited. Little did I know that it would turn into six chapters.

I've learned a lot and worked pretty hard to research and gather information, so I think I can take a break next Sunday and then begin the trek up El Camino Real to write about these missions that I have visited the following Sunday:

There's only one mission in Southern California that I haven't visited: Mission San Fernando Rey, the one closest to me, located in the Los Angeles suburb of San Fernando Valley. We pass the exit when we take the 5 Freeway to L. A. Oh, well, maybe some day......

Wikipedia: http://en.wikipedia.org/wiki/Spanish_missions_in_California ~ Some text and all photos