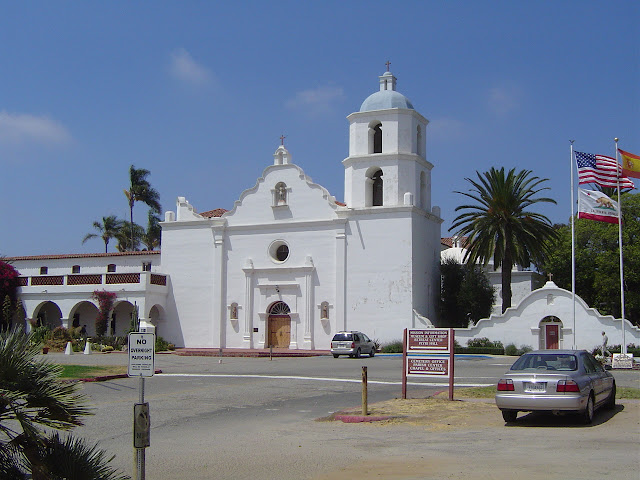 When I worked and lived in Los Angeles, I sometimes took off by myself on a mini-vacation. I would find a hotel along the coast and walk, read, go to the movies, shop, or just relax for a few days. I found this to be both invigorating and good for the soul. In 2004, I decided take some time and visit the two missions located between San Diego and Los Angeles, Mission San Luis Rey and Mission San Juan Capistrano. 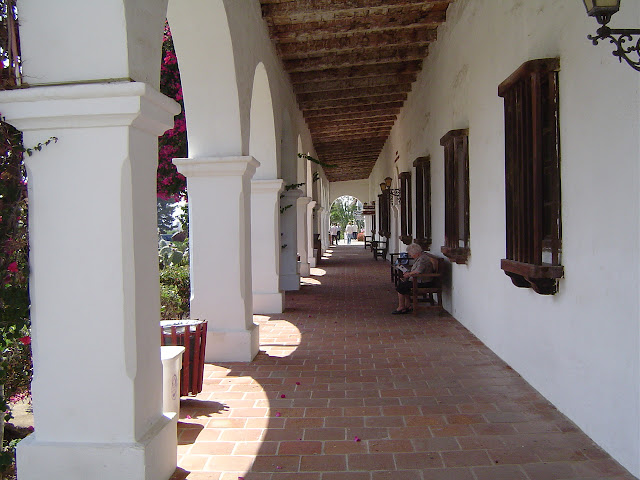 Mission San Luis Rey, located in Oceanside, is the one you reach first when traveling from south to north. By 2004 I had a digital camera, so the pictures are mine. Looking at them, I see how I could have done a better job of capturing the special features of the mission. This is interesting because the pictures from San Juan Capistrano that I visited on the same trip are among my best. I wonder if it depends on your mood on a particular day. 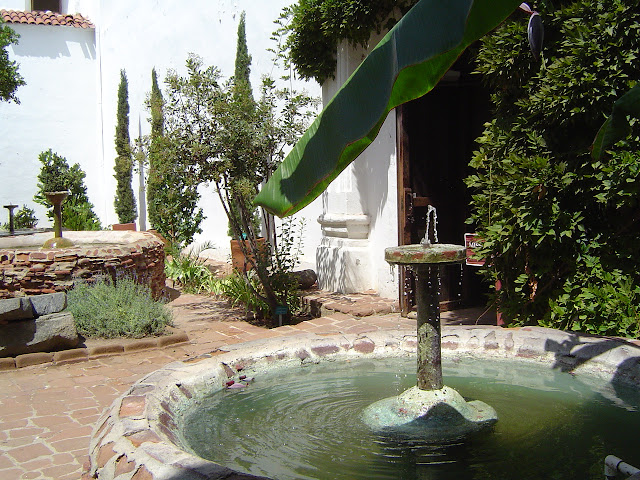 Mission San Luis Rey de Francia, named after King Louis IX of France (1215-1270), was founded on June 13, 1798 and is the eighteenth of the Spanish missions built in California. According to Wikipedia, the current church was built in 1811 and is the third church built on this location. Today, it is a parish church in the Diocese of San Diego, as well as a National Historic Landmark and museum. At its prime, this mission covered over 950,000 acres and was one of the largest in the mission system.

Mission San Luis Rey is impressive with its stark white buildings and large church built in the Moorish style mixed with Spanish Renaissance. Because of its large size the mission has been nicknamed "King of the Missions." 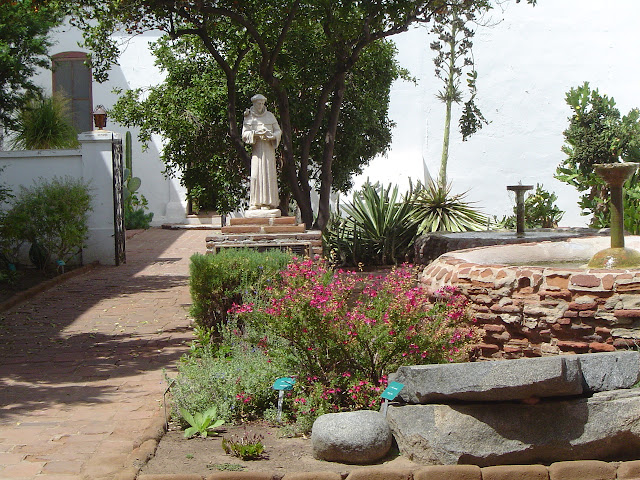 I sat on an old stone bench here and took this picture. I found some small, enclosed gardens like this one within this this large and massive mission. 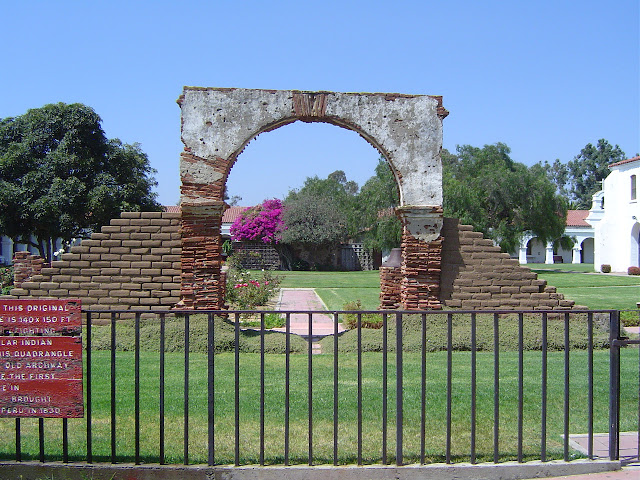 Looking at this photo of the courtyard at mission San Luis Rey, I wish I had captured the entire text of that plaque. What is interesting here is that in the background, to the right, is the oldest Peruvian pepper tree planted in California. It was planted in 1830. I can't tell which tree it is, but there you have it.

Next Sunday we will visit the beautiful Mission San Juan Capistrano.