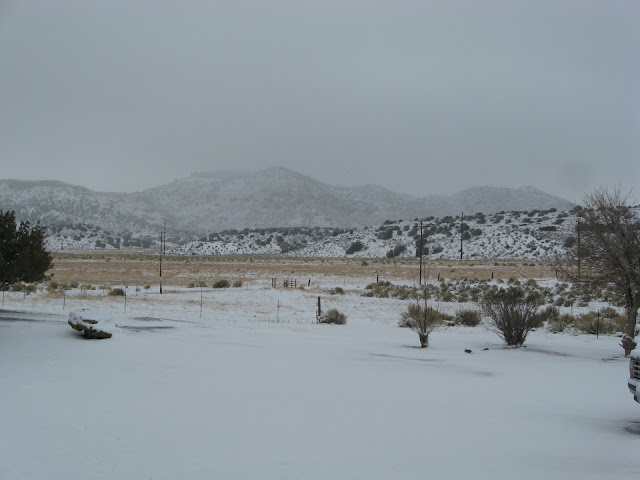 After two dry years, a real snowstorm finally came to the canyon. 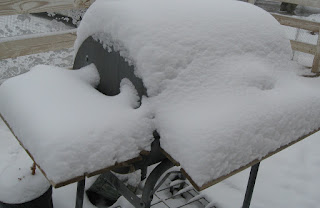 We got several inches of snow; it was difficult to tell how many because it was very windy, some places were bare, others a foot deep. 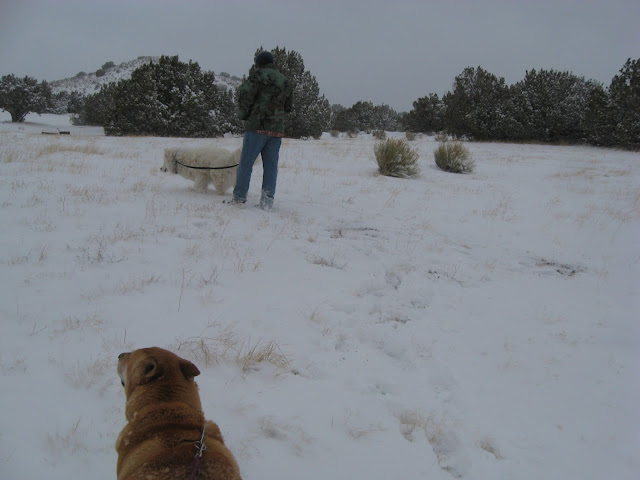 We took the dogs out early and played around in the snow. Soldier is so tough; he did amazingly well. I don't know how much he hurt, but he kept up with Samson, negotiated the snow, and climbed up a couple of hills. I know he had the best of times. 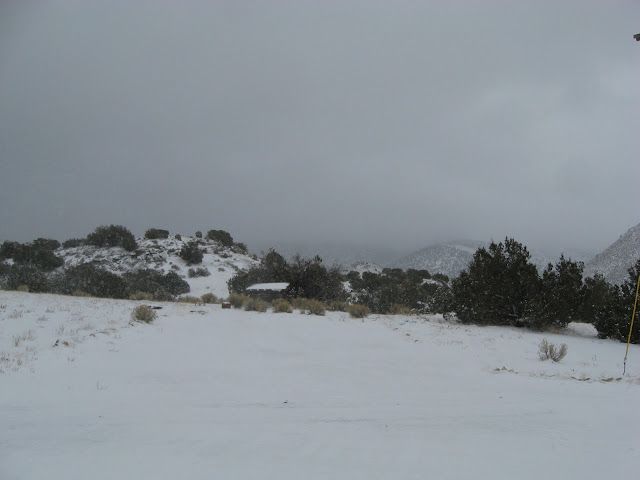 Samson was so full of joy, he jumped straight up in the air, several times. We saw tracks of a lone coyote and followed them for a while. Nothing else disturbed the pristine landscape.

A lone raven flew overhead, but too far away for me to really capture him.

The pictures are so dark because it was overcast with clouds low over the mountains. I guess I should have lightened them up a bit, but I didn't. 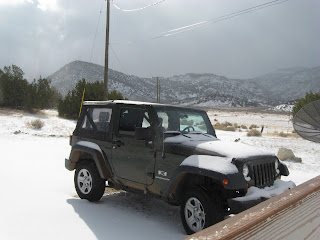 Yesterday, I drove to town in a terrible wind storm that made the Wrangler rock & roll like a sail boat tacking in the wind. I didn't like it and avoided the freeway. I have so many doctors' appointments in the next few weeks, some just check ups, like my diabetes doctor and my annual retina and eye checkup, but also some to find out what is wrong with me, if anything. Yesterday, I saw the doctor who bills himself as: "The High Desert Gut Doctor!" Seriously. But he was OK and gave me prescriptions for some stuff to help for the time being, a script for an x-ray, and an appointment on March 7 for a colonoscopy. I won't bore you with that, or maybe I will. 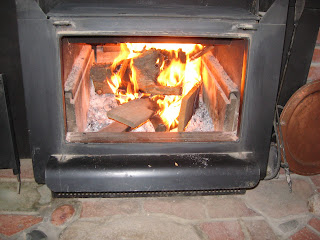 After our walk, my husband made a fire, and then he proceeded to go through some boxes of old papers, envelopes, and so on, that have accumulated over the years and started to burn them. Wow! My purging efforts around here are beginning to rub off and that's great. This house is so small and there's no garage, the sheds are filled to the brim, so we both have to get rid of old stuff we no longer need. 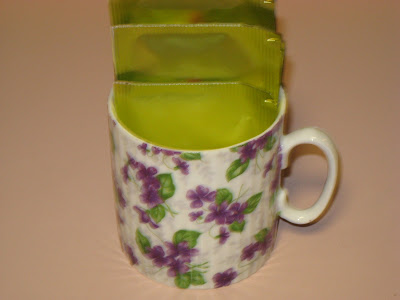 While he did that, I came in here with a cup of hot tea and wrote a blog post, similar to this one, but longer. Then I wanted to copy a picture I ran into on Picasa from here to a new post, got the message I would lose unsaved data, still clicked Yes, and proceeded to lose everything!!! So I had my lunch and then came back here and wrote this post.

Hope you all have a very nice rest of the day!