This & That From The Canyon

Yesterday, I went to town and found a lot more snow than we had here in the canyon. I ran my errands, including picking up my new partial, which is much more comfortable and works much better than the one I got from another dentist up here five years ago. So now I feel like I can trust this new dentist and, with teeth like mine, that's a very good feeling. 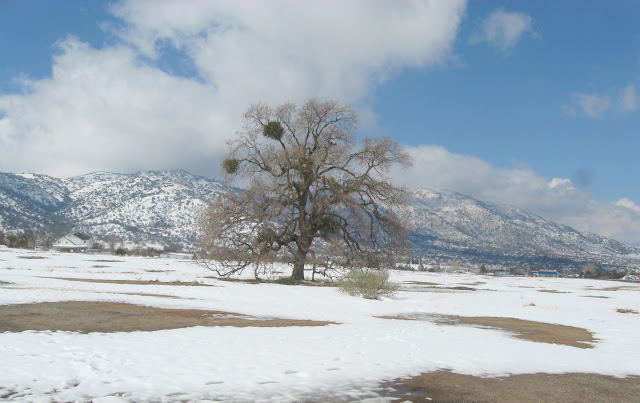 I also went to the hospital for an X-ray of the painful area. Our hospital is basically only for emergencies, but you can have X-rays and some other tests done there. I was a bit concerned that the waiting room would be full of flu victims, but it was empty, except for two other old folks who also needed X-rays. 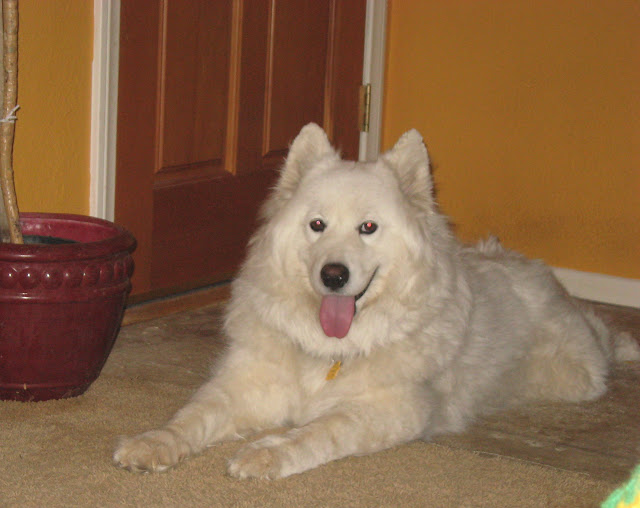 Then I went to the vet and found that waiting room empty as well. Probably a lot of people decided to stay home rather than drive in the snow. Except there was no snow on the larger roads and just a little on the city streets. But this is California, even if it's in the mountains, and people here can barely drive in the rain. OK, if you are from here, you know this is true, even if it doesn't apply to you. 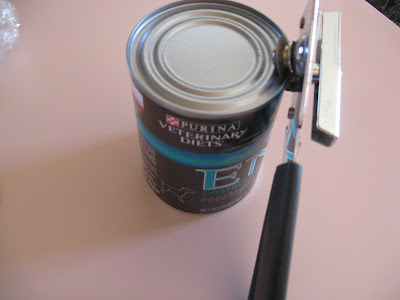 So why did I go to the vet? Because Samson is sick to his tummy again and I picked up a refill of his prescription. I also needed a new 12-pack of the cans pictures above, which not only cost $26.75, but are practically impossible to open. If I didn't have a husband, I would have to buy an electric can opener. As it is, I can barely afford Samson at this point. 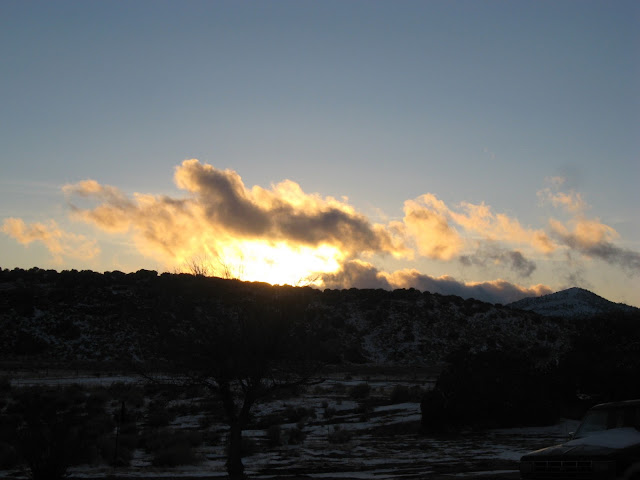 I so regret I didn't get vet insurance for him, but I never did for any of the other nine dogs we rescued during our years together (yesterday was our 26th wedding anniversary), some of them half-starved from the streets of Los Angeles, some of them mutts, some of them pure breeds. None of these dogs was ever sick before the age of 10 or 11. So I fully expected that the second puppy we raised would be healthy. Well, that was not to be. And if you can imagine a Samoyed in full winter plumage with an upset stomach and the runs, it is no fun at all. Love conquers all though and good books, long walks, and the peace of canyon living really help me take it a day at a time right now.

I have to go back to town in a bit and pick up Samson's canned food. Our town was truly snowed in as the freeway through the pass was closed during the storm, so the delivery was delayed.

I will read as many blogs as I can before lunch and then catch up over the weekend. Hope those of you in the path of this storm as it worked it's way east are doing OK.  Take care and have a good day.
Posted by Inger at 10:23 AM