Trains On Track And Off ~ Same With My Diabetes Control ~ Notes: My Dog & My Mom 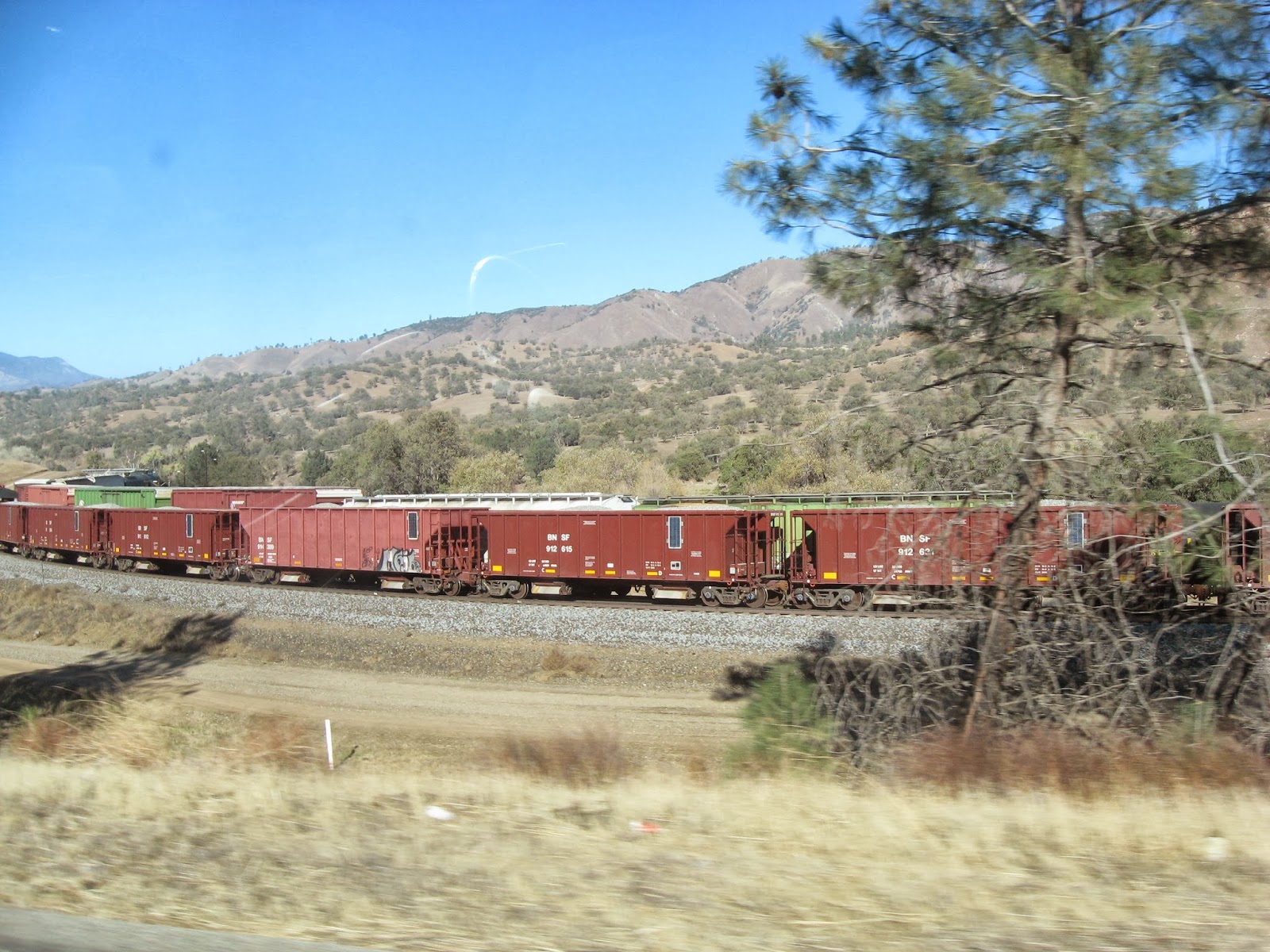 Driving down to Bakersfield to see my endocrinologist last week, we passed a derailed train, cars off the tracks and a couple down the side of the mountain. It was on the other side of the highway, so I had to wait until we were on our way home to get pictures. 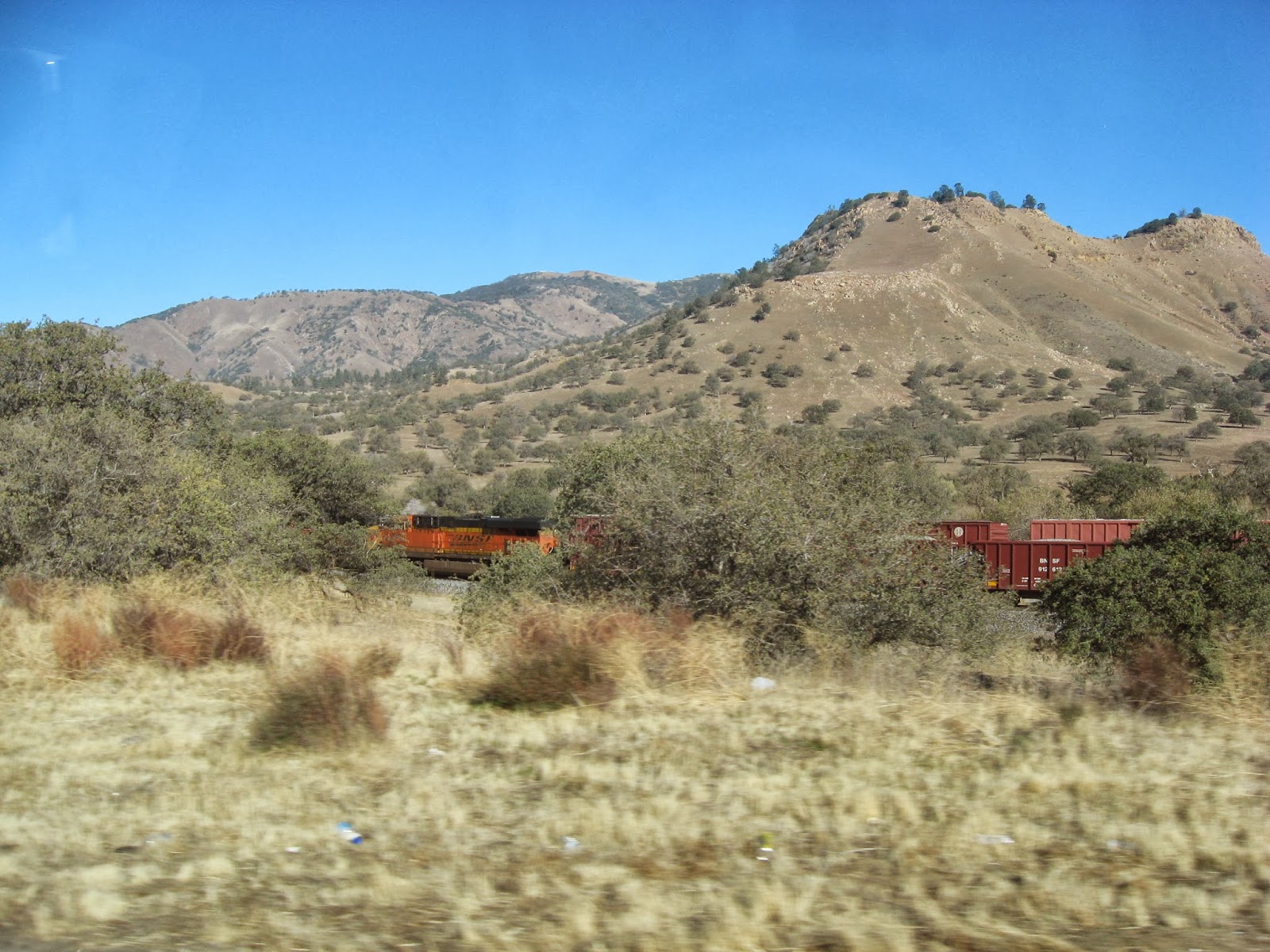 Ours is the busiest mountain railroad in the world, but still, this was the probably the third derailment in the past year. No wonder only freight trains go down these treacherous, winding tracks. As we drove along, we passed several trains standing still, just waiting for a train to come down so they could go up on the same tracks. Must be a bit difficult and certainly time-consuming for the engineers who drive the trains. 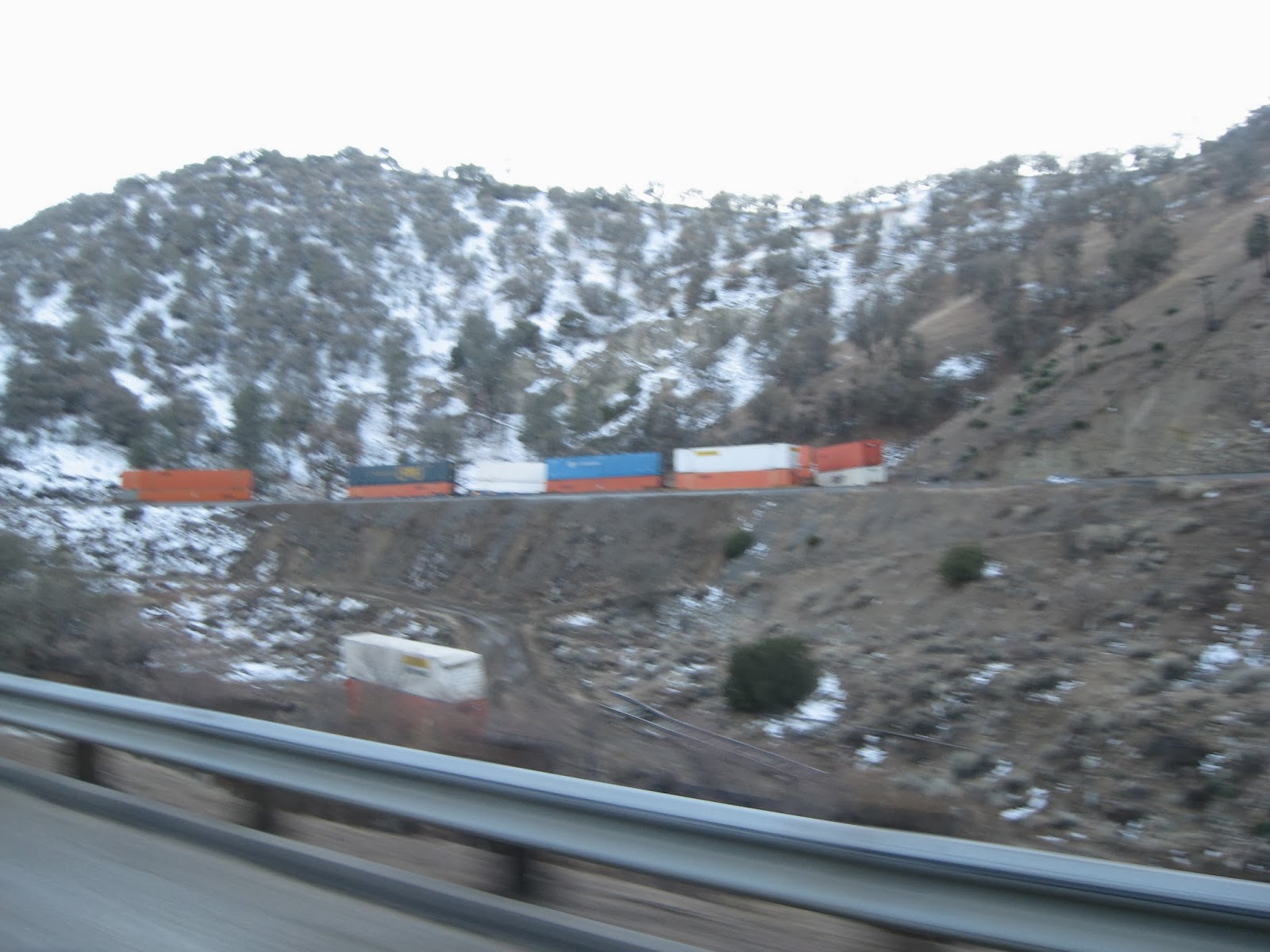 On our way home, I held my camera out the window and just clicked. 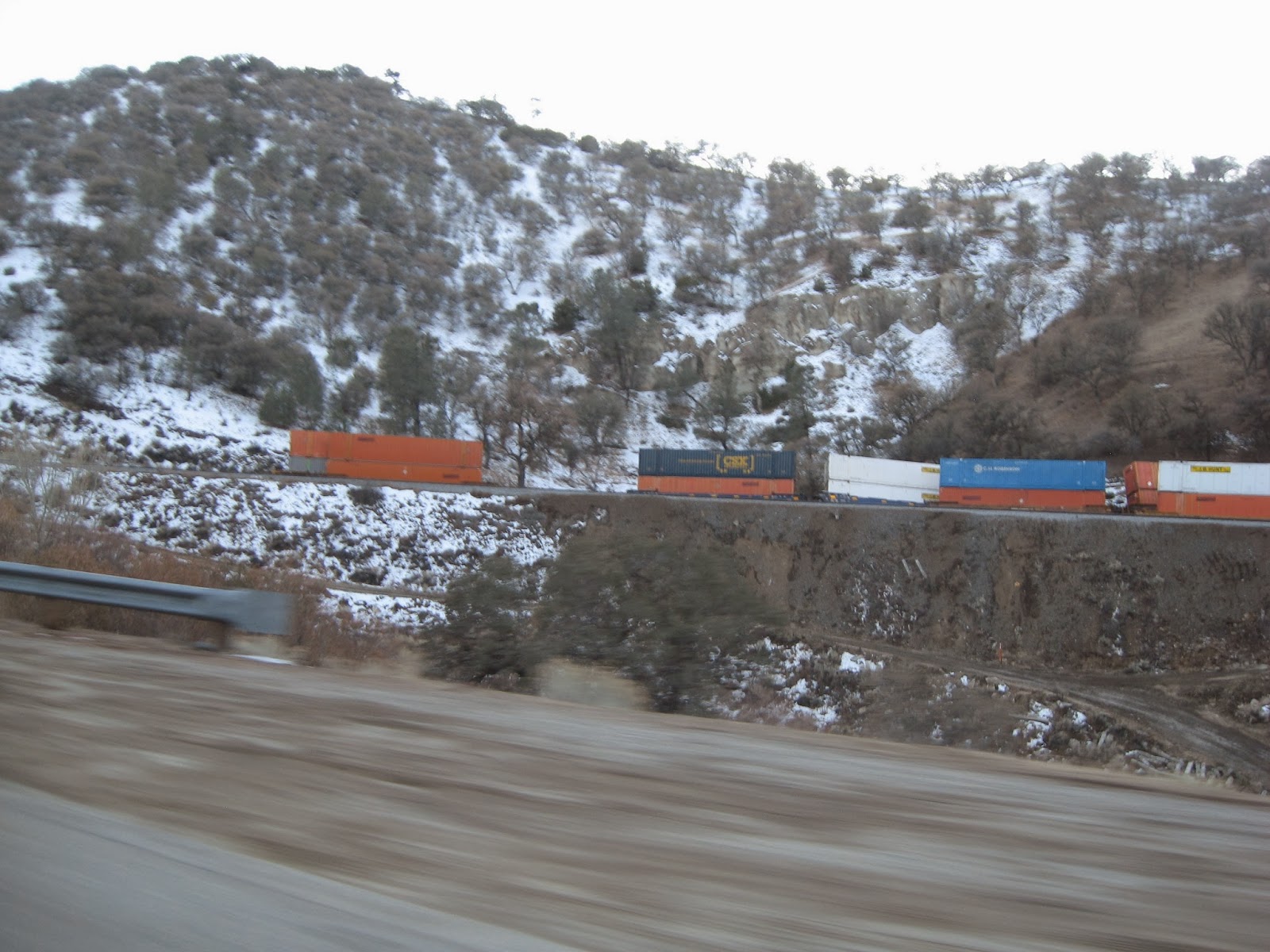 Hoping for some disaster pictures, I feel like a paparazzi on the hunt! 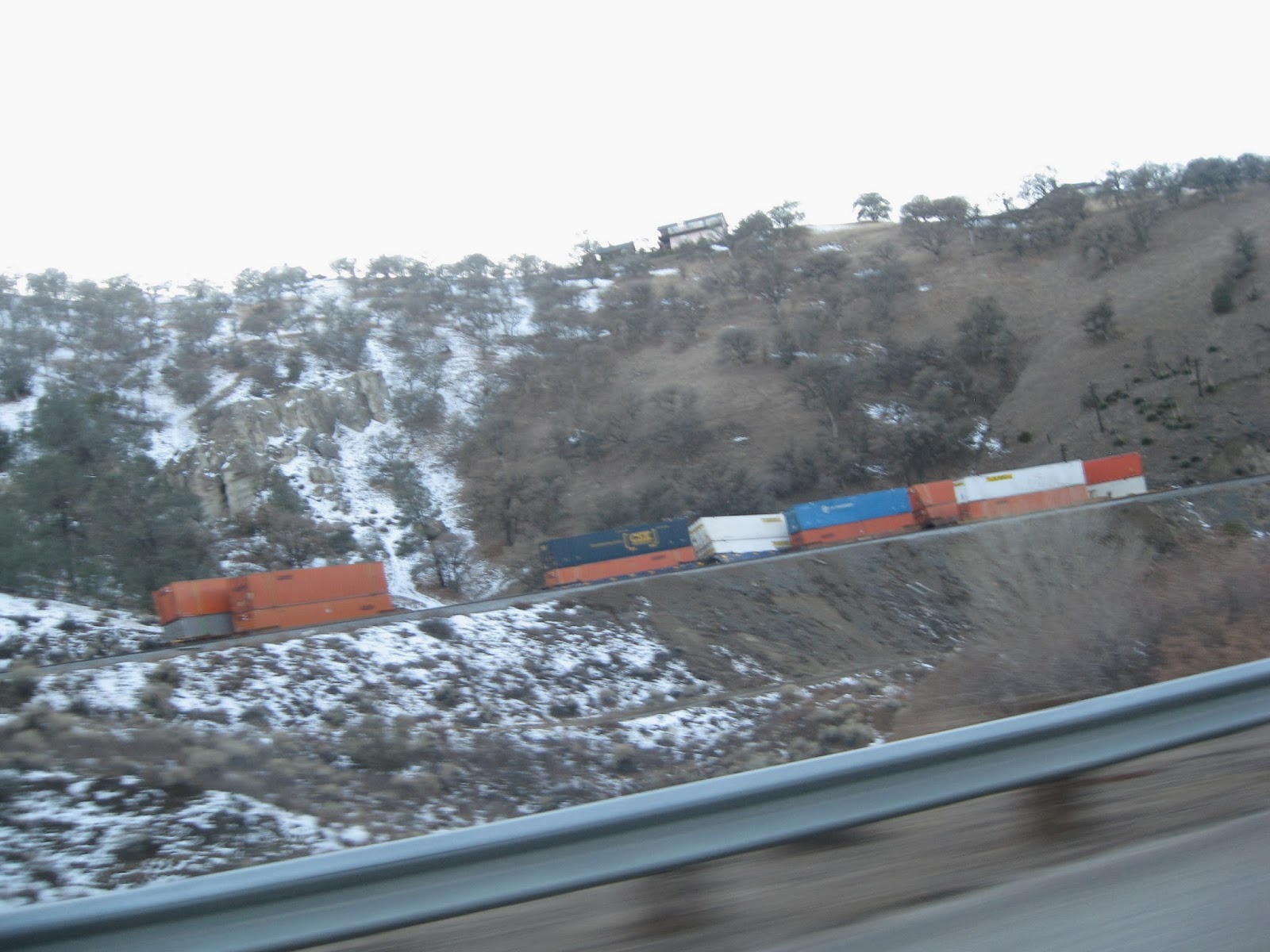 This one's from a crazy angle. Check out that house at the top. So many people build homes right at the edge of an abyss like this, as if they never heard the words earthquake, flooding, and erosion. 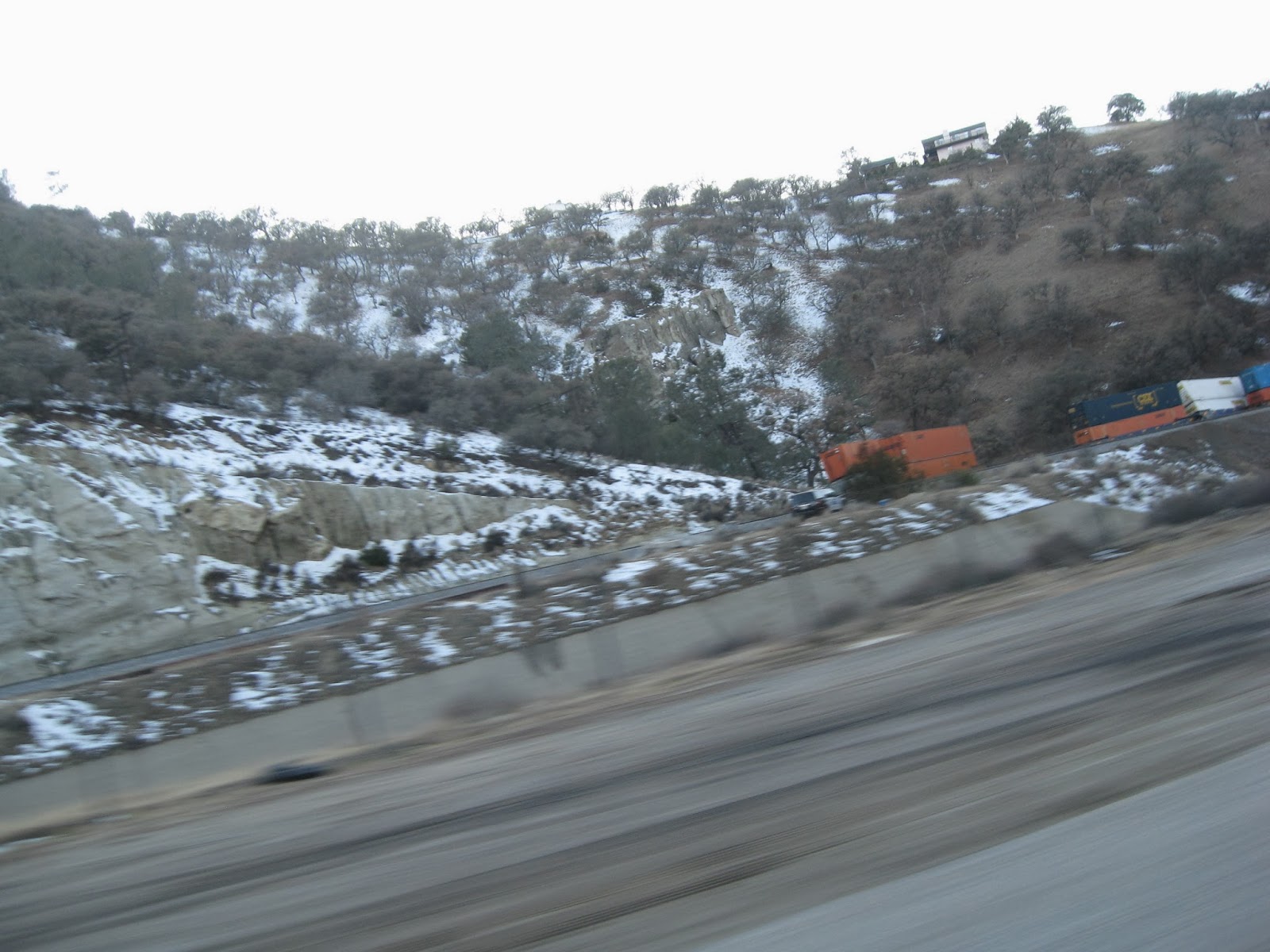 This one gives a sense of speed, but we went very slowly, behind a truck with its rear red lights flashing. Driving too close to a fully loaded truck on this steep mountain highway is a dangerous practice as their speed is as close to zero mph you can get and still move. 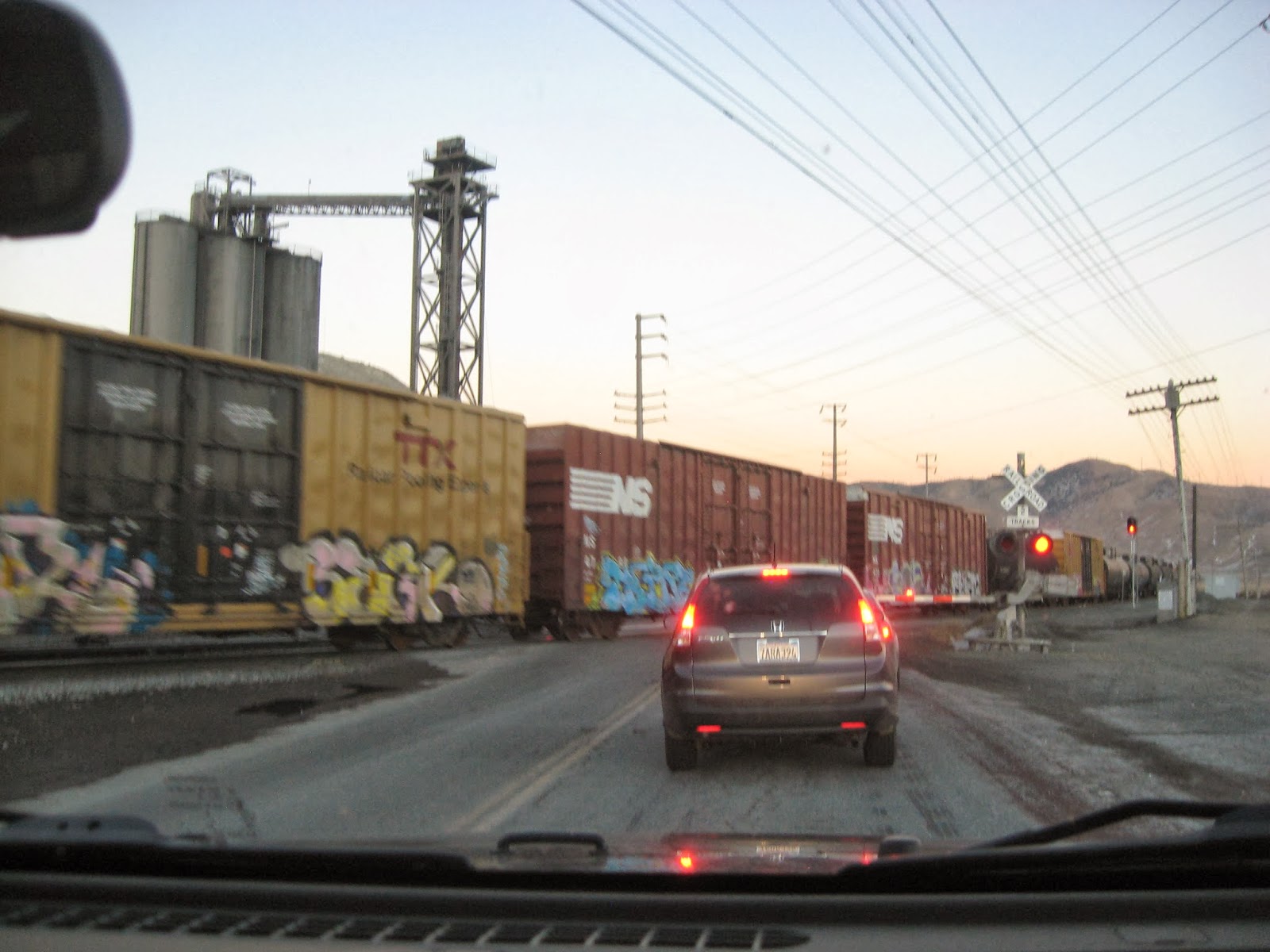 Then, when we were almost home, we had to stop and wait for this highly decorated train to go by. I love to watch the trains go by and never mind waiting. 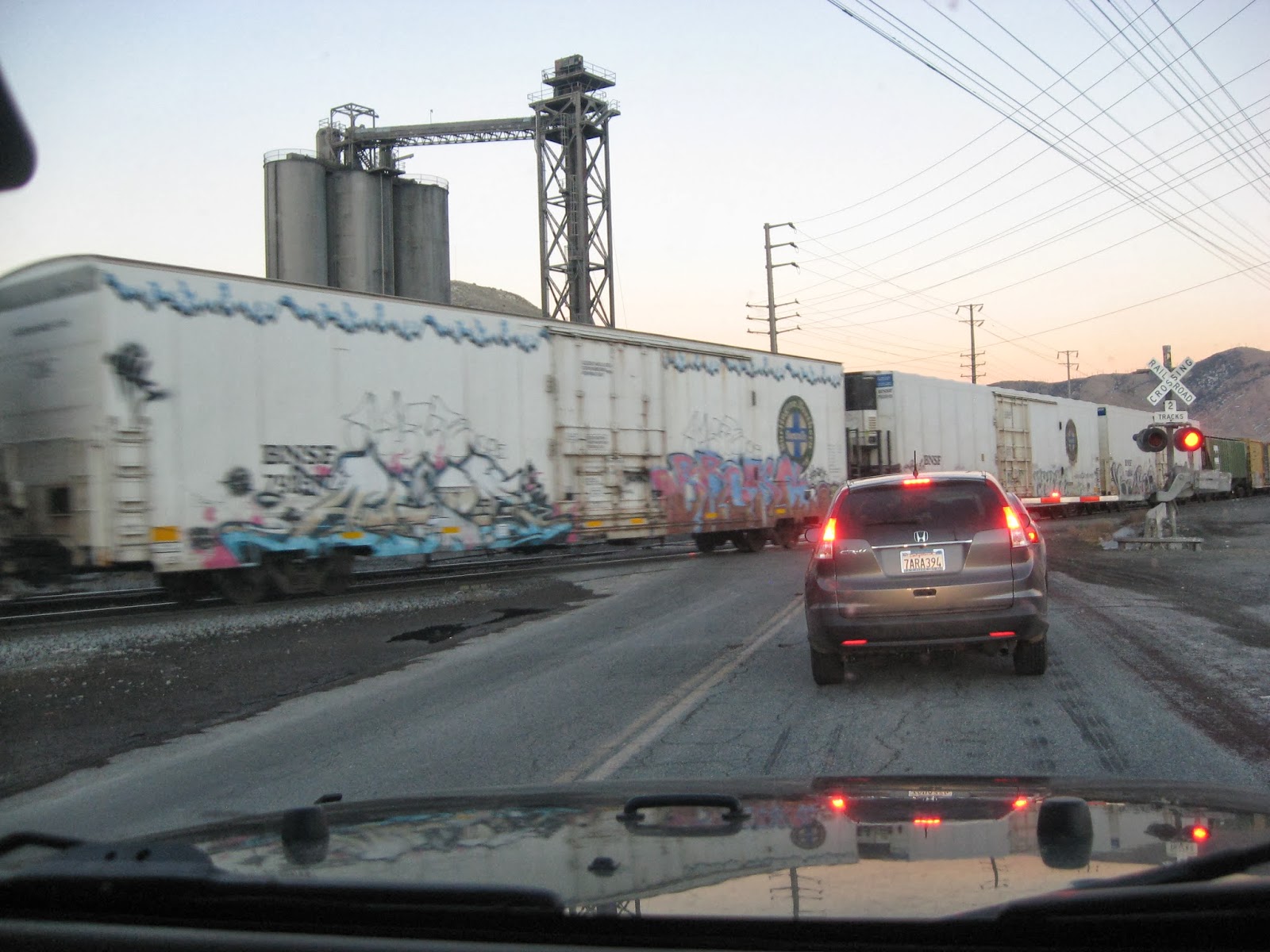 The doctor's visit went well, only two problems: my three month average blood sugars (A1c) were too high, and my feet are beginning to get affected. But my eyes and kidneys are still fine. "It gets harder to control this disease as you get older," says the doctor, sensing my concerns. (While I, of course, don't tell him about my chocolate addiction. ~ I think I see a New Year's resolution in the making here, because I know once you feet start to go, other complications may not be far behind.) 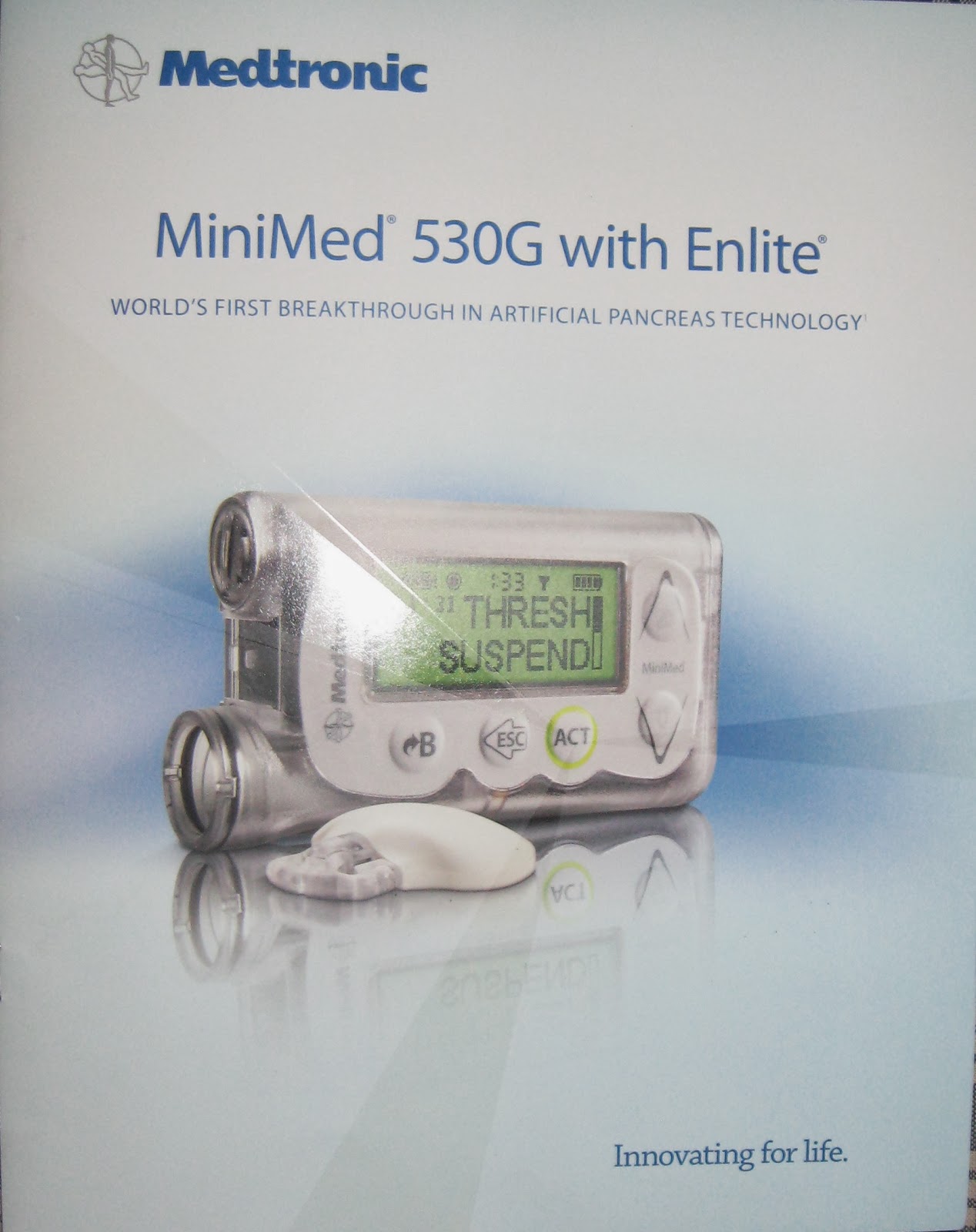 But then the doctor tells me of this new insulin pump, touted as the "World's first breakthrough in artificial pancreas technology." The pump has a sensor that senses when blood sugars go too low and automatically shuts down insulin delivery. This would be a huge help to me, as my fear of low sugars often overrides my desire for good control. I am Medicare eligible for a new pump and will pursue this one. 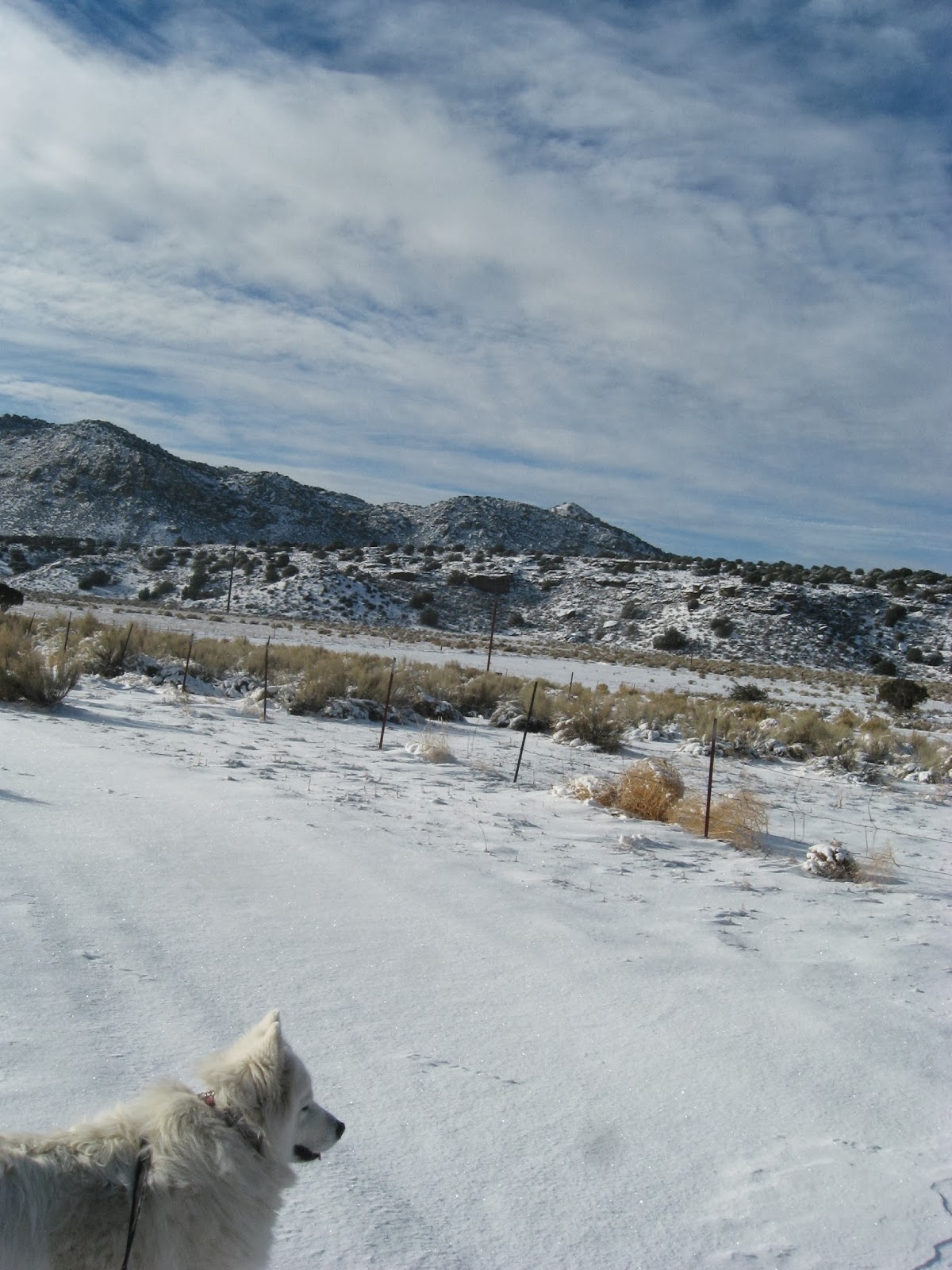 Samson Says: Enough already! Trains, pumps, so when do I get to tell everyone about my adventures tracking wild critters in the snow? And where's the snow anyway? WHERE'S MY SNOW? 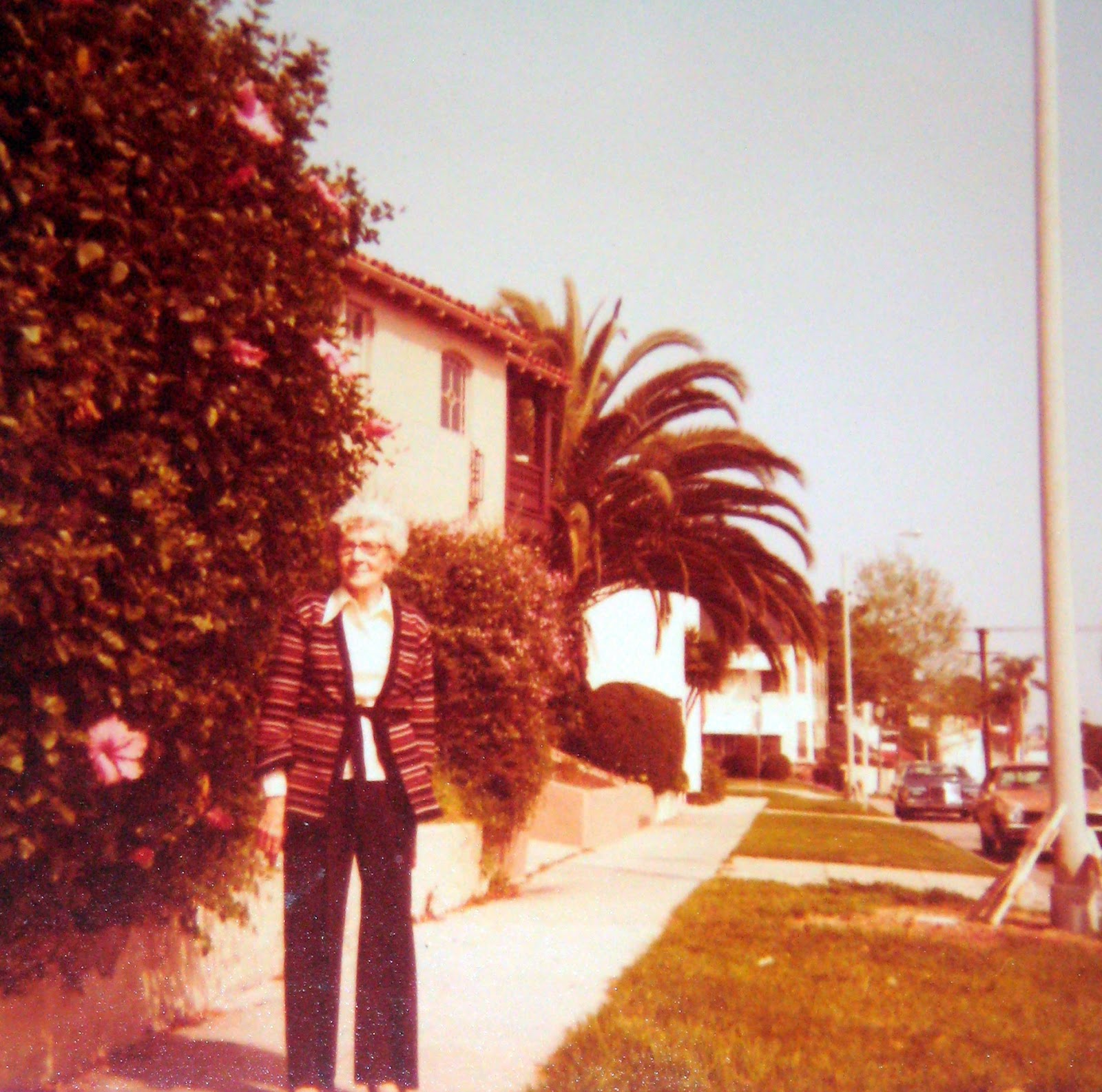 Today, December 18, is my mom's birthday. This picture is from her visit to Los Angeles in 1978, where she is actually standing outside the house that my husband would buy a year later. That's as close as they got to meeting each other. I still have daily conversations with with my mom, just like we did every day after school over hot chocolate and French rolls. As if she were alive, living in my heart somewhere.