Just a few of the many good books I read last year, in no particular order:

After reading Plainsong a few years back, I became very fond of the ageing McPherson brothers and their high-plains town of Holt, Colorado. And, again, Kent Haruf does not disappoint. The brothers return here in a wonderful story of life, death, and new beginnings. 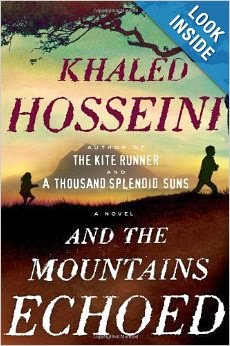 And the Mountains Echoed, by Khaled Hosseini

In this book the author of The Kite Runner takes you on a spectacular journey through time and place. The book is about family and loss, sadness and joy. In the end, the life stories of all who live in this book are beautifully tied together. 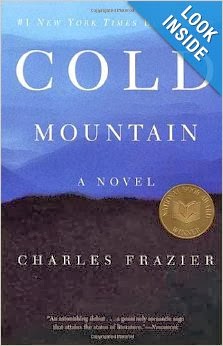 Women coping in times of war, a soldier leaving the civil war behind and making his way back home across blue mountains and misty woods, this lyrical masterpiece of a novel affected me deeply. 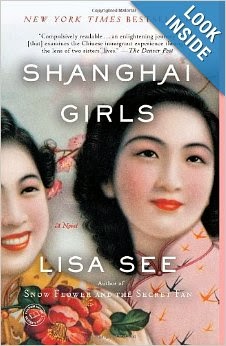 Two sisters flee a life of privilege in Shanghai during the Japanese invasion of China in 1937 and end up in Los Angeles, as bought wives of Chinese boys. A very interesting book about fate, hardship, entrepreneurship, family, fear, traditions, and enduring sisterly love. I found it fascinating and learned a lot about the lives of Chinese immigrants in mid-20th century Los Angeles. 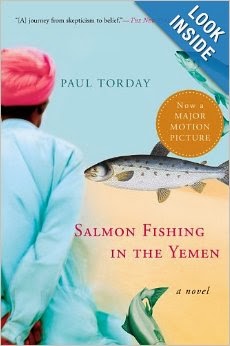 Salmon Fishing In the Yemen, by Paul Torday

A first-rate satire of most things British, this book is full of wonderful British characters and humor. I enjoyed the trip through the novel so much, it left me speechless. I guess this is OK since I'm not reviewing books here, just letting you know about the ones I liked. And this one I loved! 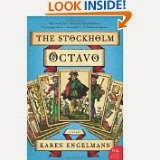 The Stockholm Octavo, by Karen Engelmann

In Stockholm, during the colorful reign of King Gustav III of Sweden, 1771 - 1792, life is full of intrigue, magic, mystery, romance, strange cards laid out to determine fates and politics in the golden age of Sweden. The Stockholm Octavo is unusual and fascinating. 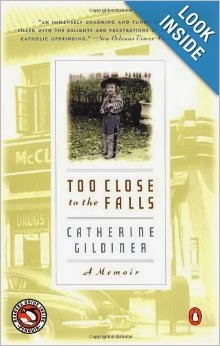 Too Close to the Falls, by  Catherine Gildiner

Written from a child's perspective of wisdom, wonder, surprise, and innocence this was my favorite of all books I read last year. A story of growing up in a most unusual way, encountering weird and wonderful characters in a 1950's small town close to Niagara Falls 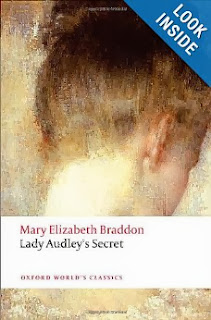 Written in the 19th century, this novel has a fabulous plot of deception, murder, bigamy, blackmail, class, madness, and the lady herself, who is not at all what she seems.  And through it all, Miss Bradden crafts beautiful scenes of the English countryside, complete with hedgerows and fields dotted with sheep and ancient trees. 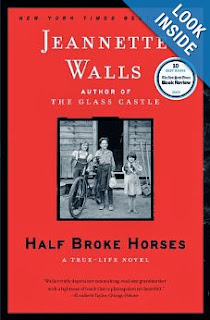 Half Broke Horses, by Jeanette Walls

Inspired by the life of the author's grandmother, this is a great book about a competent, and tough as nails, woman born at the beginning of the 20th century. She took her life into her own hands, not so easy in those days, and lived it fully. An interesting part of the novel describes what it took to run a large ranch in the harsh climate of the American Southwest while raising a spirited daughter, Ms. Wall's mother, an important character in her memoir, The Glass Castle. 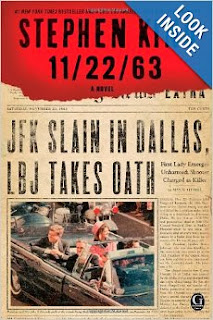 
A man travels back in time in an attempt to change history by preventing the Kennedy assassination. To await the day, he settles in a small Texas town, complete with Friday night football, high school kids, and a sweet grownup love story. Eventually, he arrives in Dallas, where he meets some of the main characters of that tragic November day. And, in the end, the man learns the consequences of messing with time and history.


Going over my list, I see that I read books from many different cultures, from cowboys to salmon fishers, and from countries as far apart as Afghanistan and Sweden. I read books from the points of view of a very young girl in Niagara Falls to those of an elderly man in Colorado. I enjoyed them all and learned some too.