I Have To Tell You This,

I fell on Sunday, while walking Samson. I had him on a double long leash and was practicing sit, stay, come. He came so promptly that I wanted to pet him. I transferred my walking stick (an old bamboo cross-country ski pole) from my left hand to my right, which also held the long leash, so I could bend down and pet him. Well, after that he took off, the pole got entangled in the leash, and I stumbled and fell on the pole. It got me in my ribs on the left side. 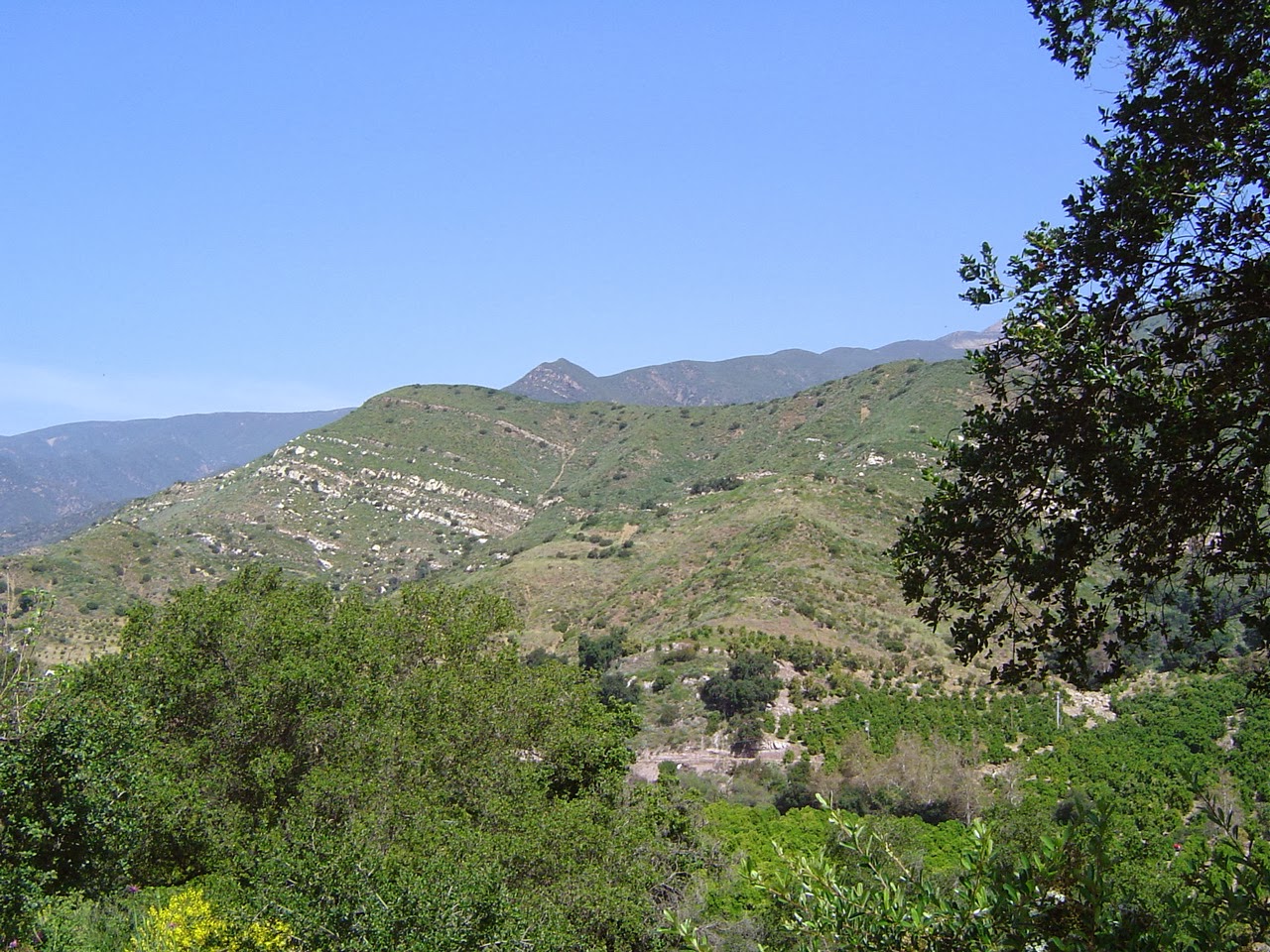 I'm posting some pictures from the beautiful Ojai Valley and the mountains above. We were looking for our retirement place there in 2005.

It happened by the barn, where the earth is a soft mix of dirt and sand. I was very lucky, with my brittle bones, that I didn't break a hip, or anything else. I was also lucky this didn't happen to my right rib cage, where I had radiation so many years ago now, but where it still hurts even without additional trauma. 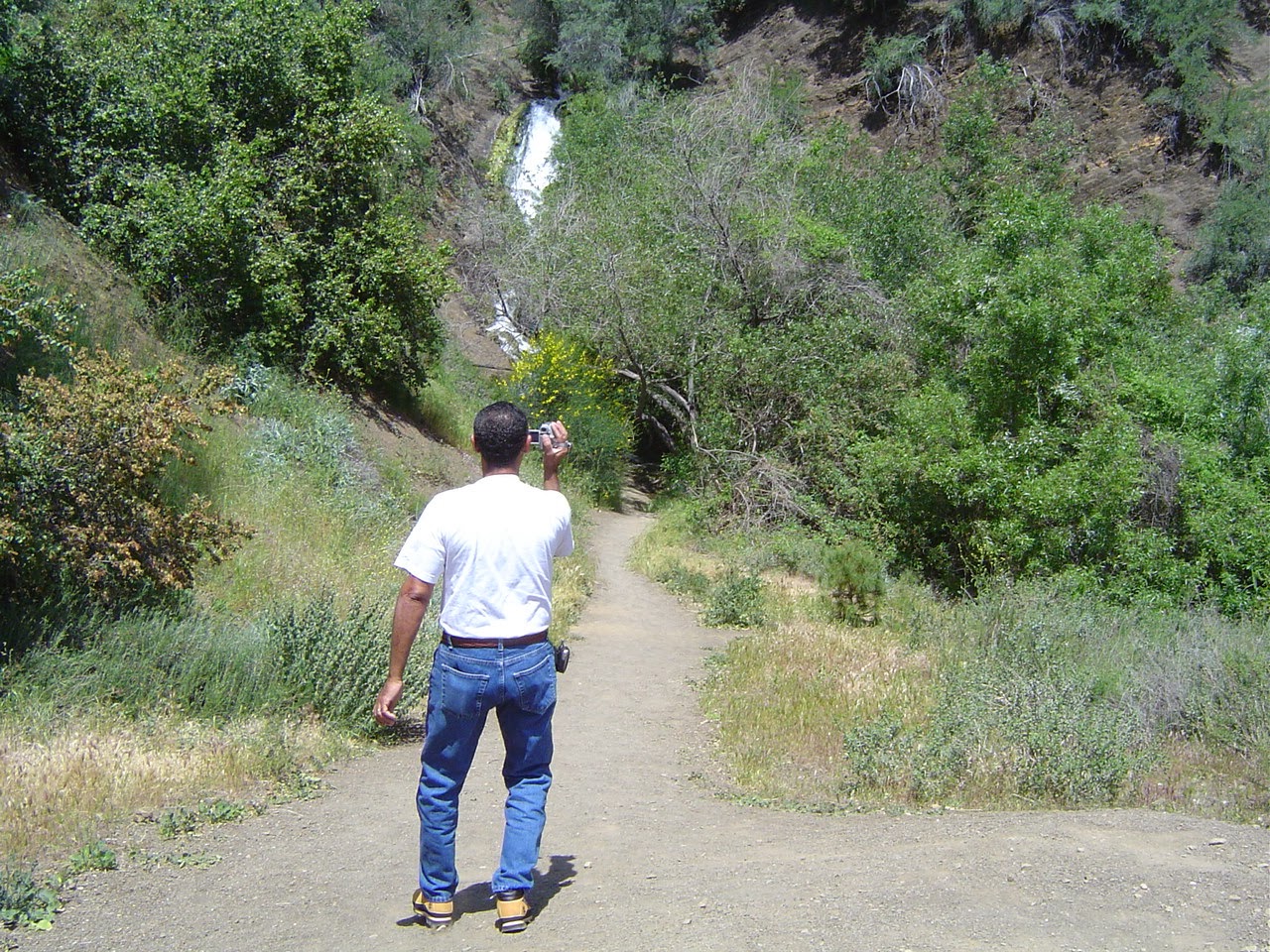 It hurt horribly though, I screamed, and Samson got extremely upset and came and stood over me, two paws on each side of my body. It was apparent that he would not have allowed any stranger to help me. Then he started digging a hole, which I think he does when he is worried or doesn't know what else to do. Poor thing, I know I scared him. 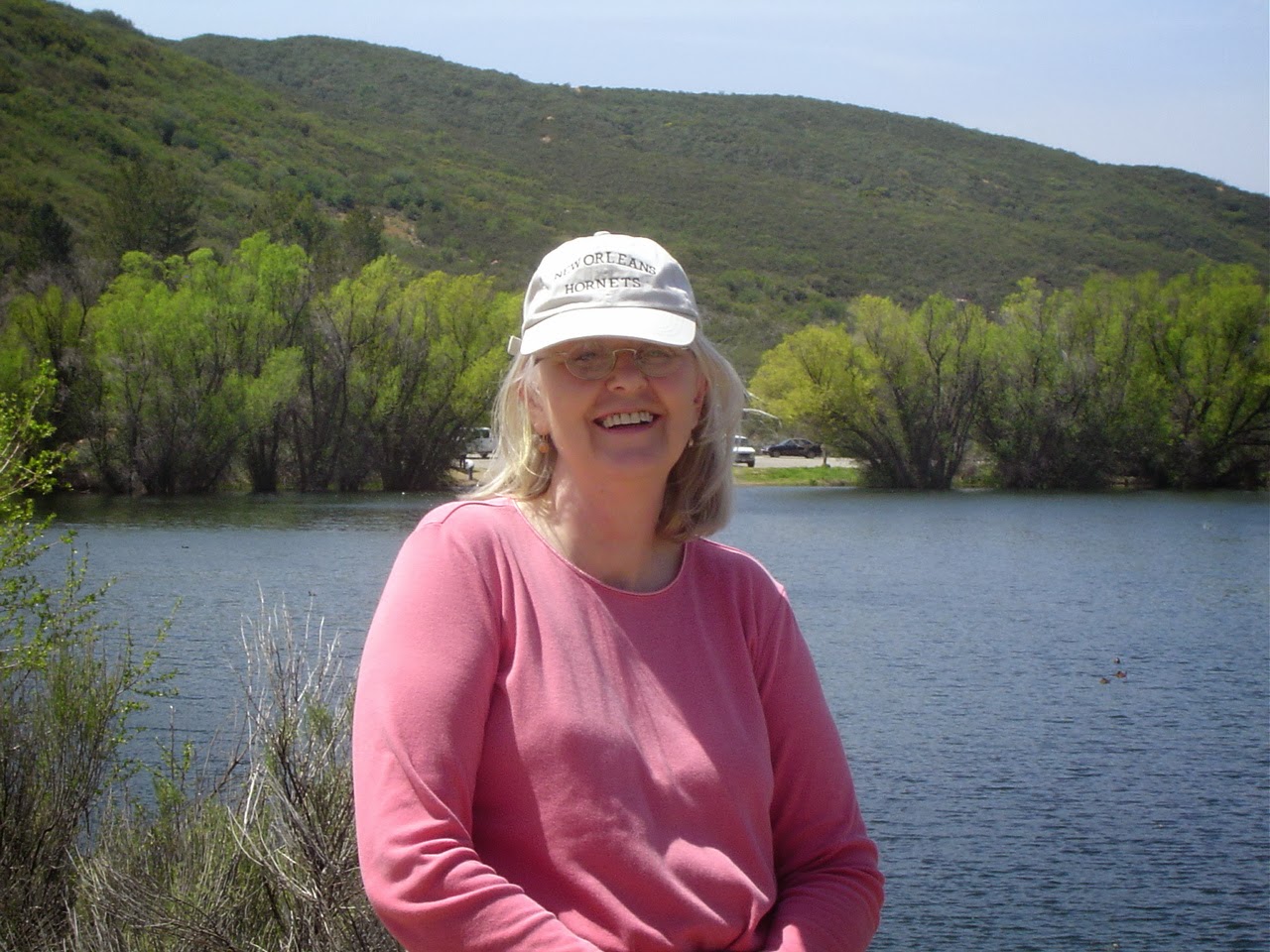 I called my husband and he came in the Jeep and helped me up. Since then I have been on pain meds, which didn't do much good. So instead, I decided to increase my dose of the medicine I take for diabetic nerve damage to my legs. (I had to skip those while taking regular pain pills.) And they helped. I feel loopy, but much, much better today. 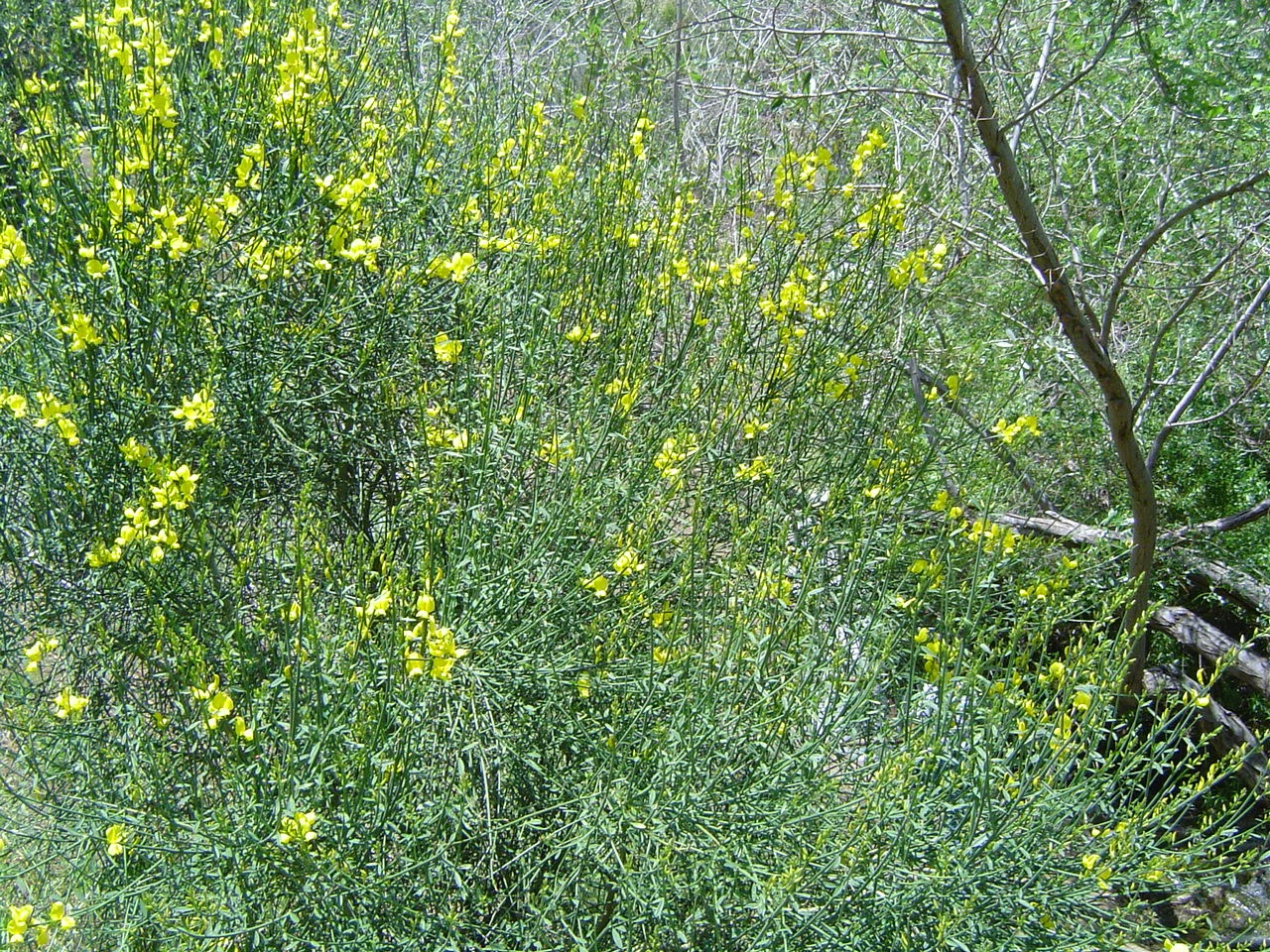 I will take some time off from my computer though. It's at times like this that a laptop would come in handy, but, alas, that I don't own. 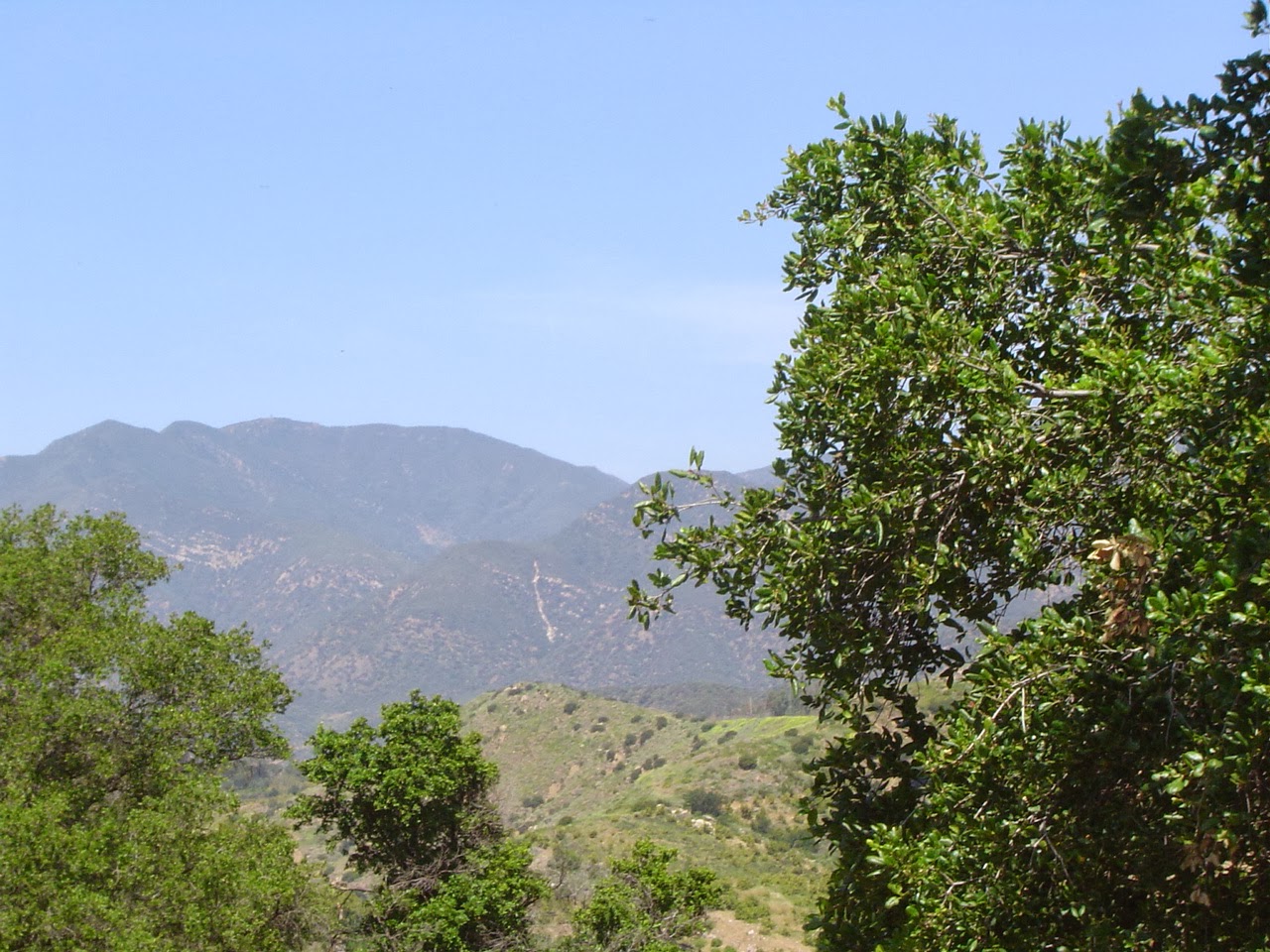 So I will see you later. 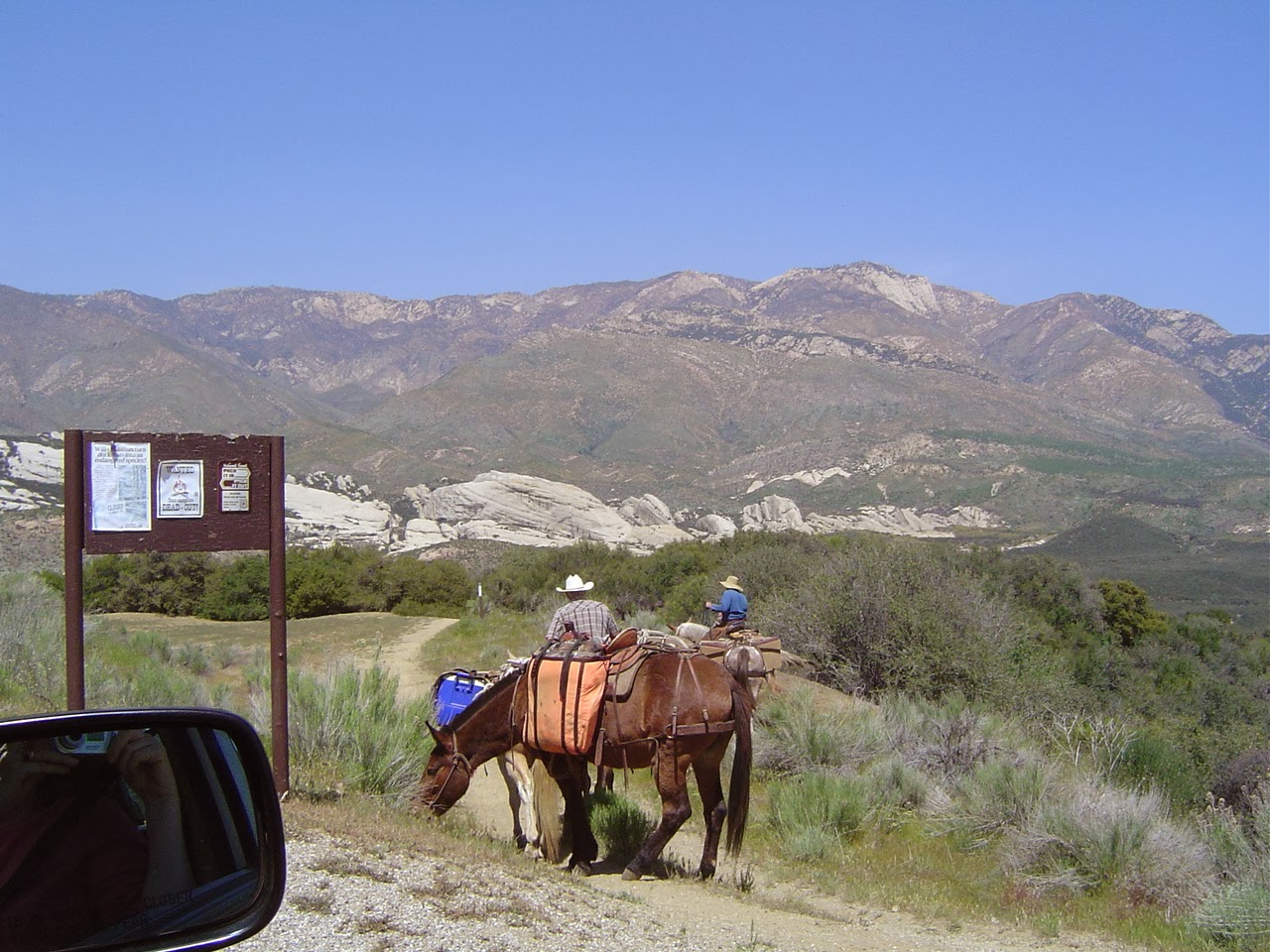 Up in the mountains, we came upon these guys, off on a horseback adventure with their dogs. It was a lovely day, one I will not forget.

Hope all is well with you, arctic freezes and all. It's amazing how much snow and cold so many of you have to endure. I wouldn't mind just a little of that here. Or some rain from the UK. Not a drop of anything has fallen here in January, which normally is the wettest month of the year in California. I should be back in a week or so. In the meantime, take care and stay warm!