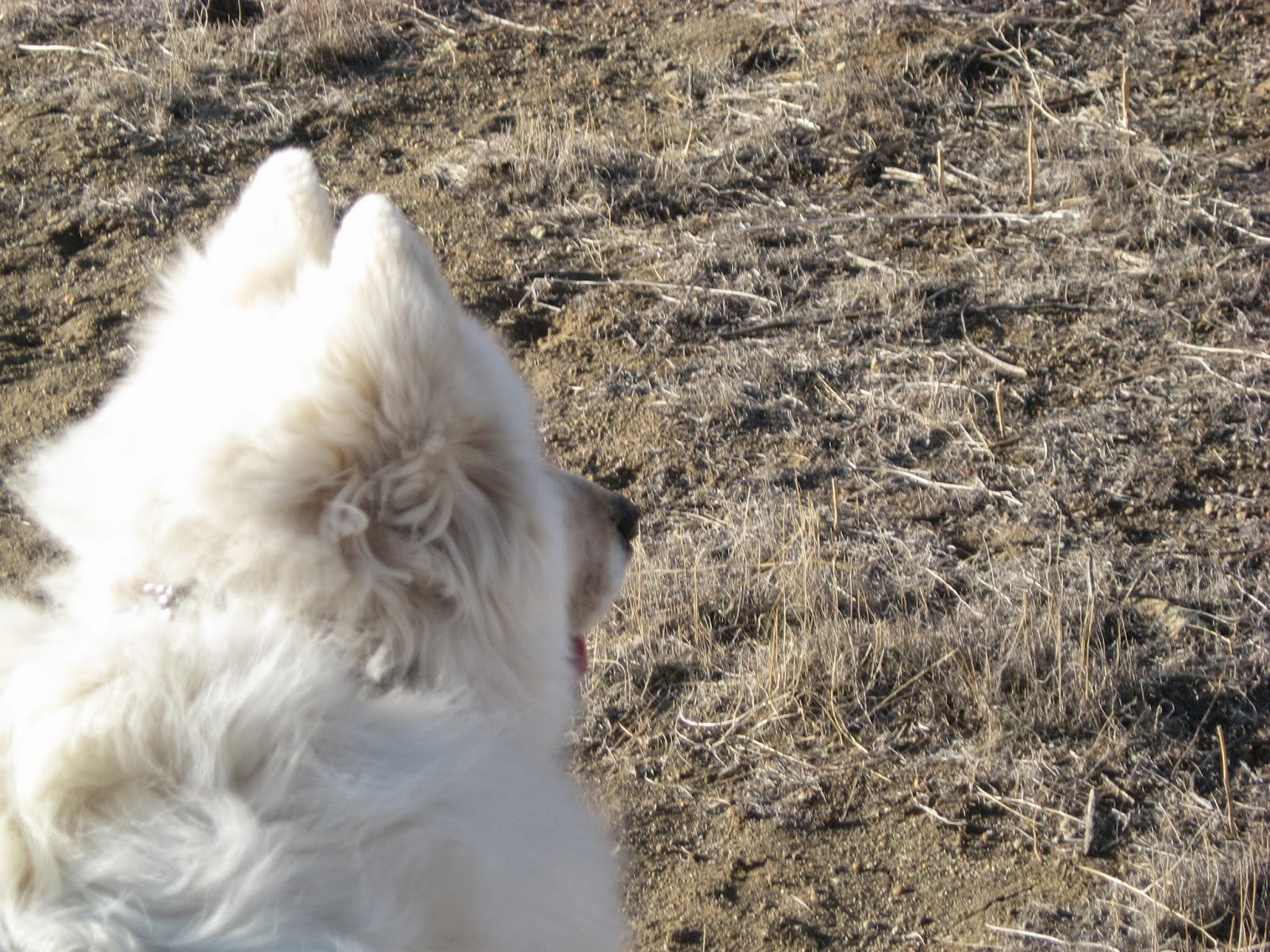 Samson sees them first, way off in the field. Ears up, nose twitching, he's not quite used to these large animals. 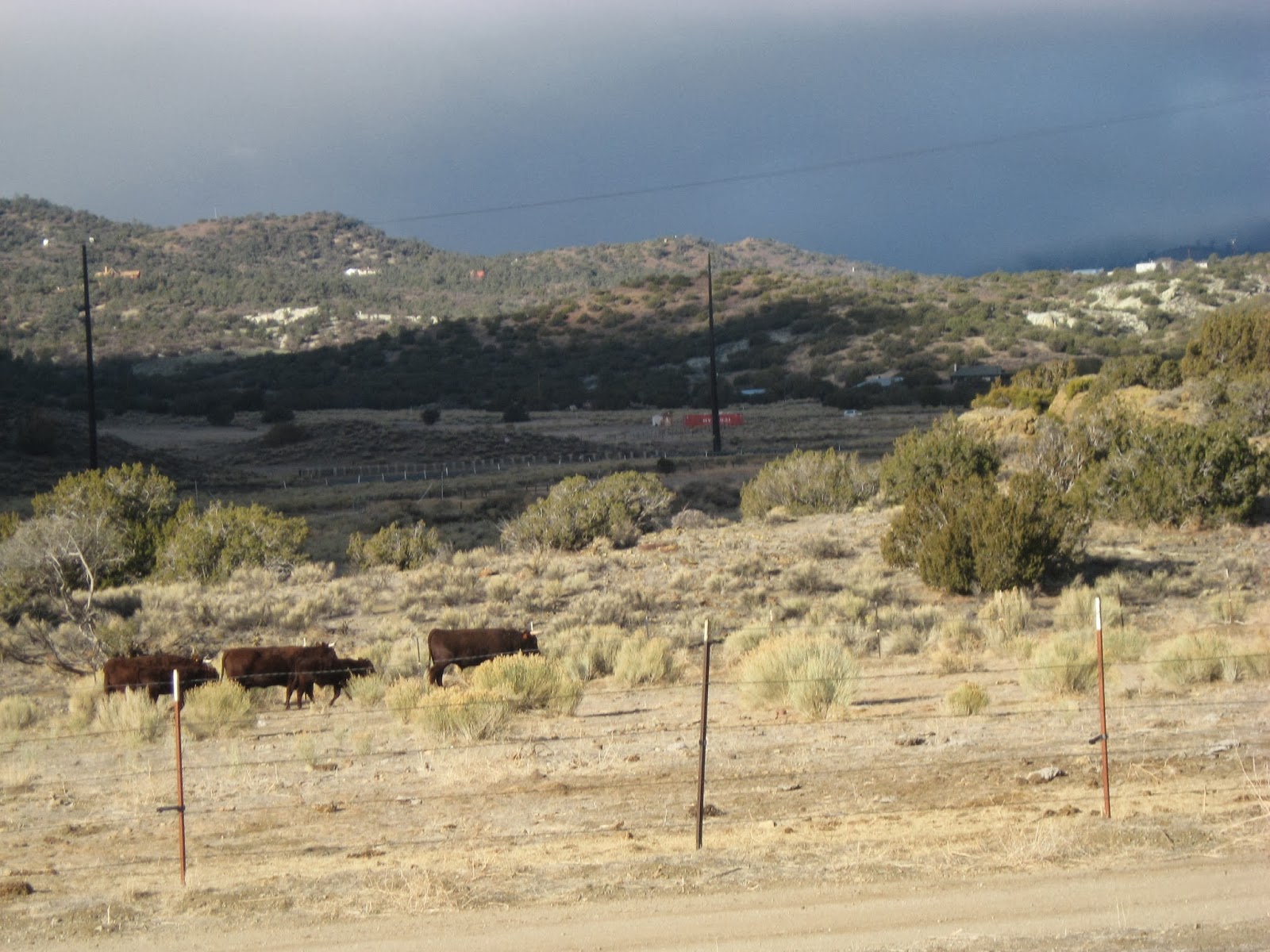 They march slowly toward home, the bull in the front, followed by the two cows, then the calves. No rain came from those dark clouds over the hills, not here anyway. 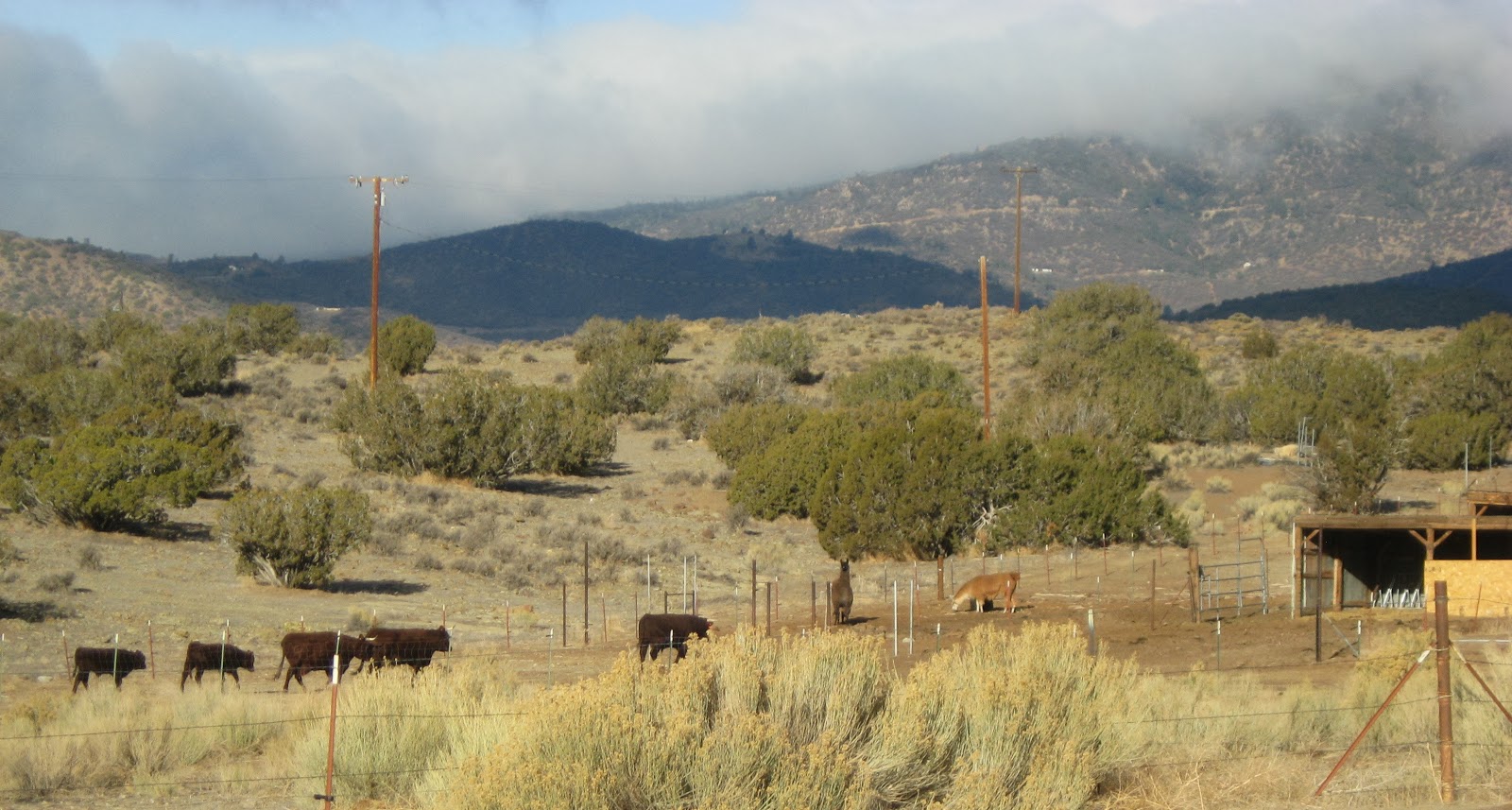 I hope you can see the two llamas. I need better lenses to spy on my neighbors' critters. 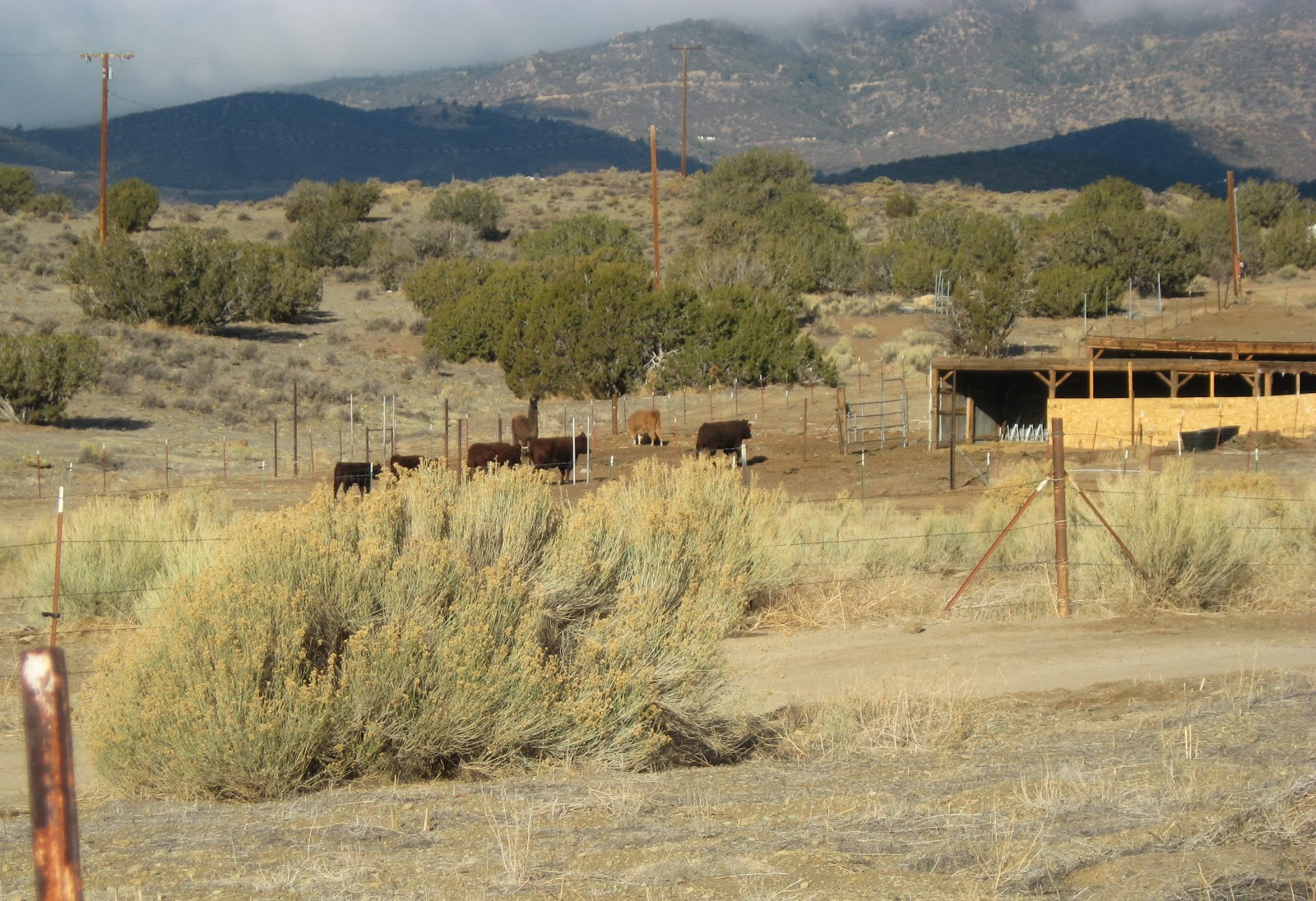 Once, when I worked at the donkey rescue, for some reason a newly arrived llama was put in with some horses they boarded. I was alone out on the ranch when a fight broke out between the llama and a large white horse. The llama started it and it was a horrific thing to see. Rachael was the only one around; I called her at the office, and she had to first calm me down, then find another corral for the angry llama. I don't quite trust them since that day. 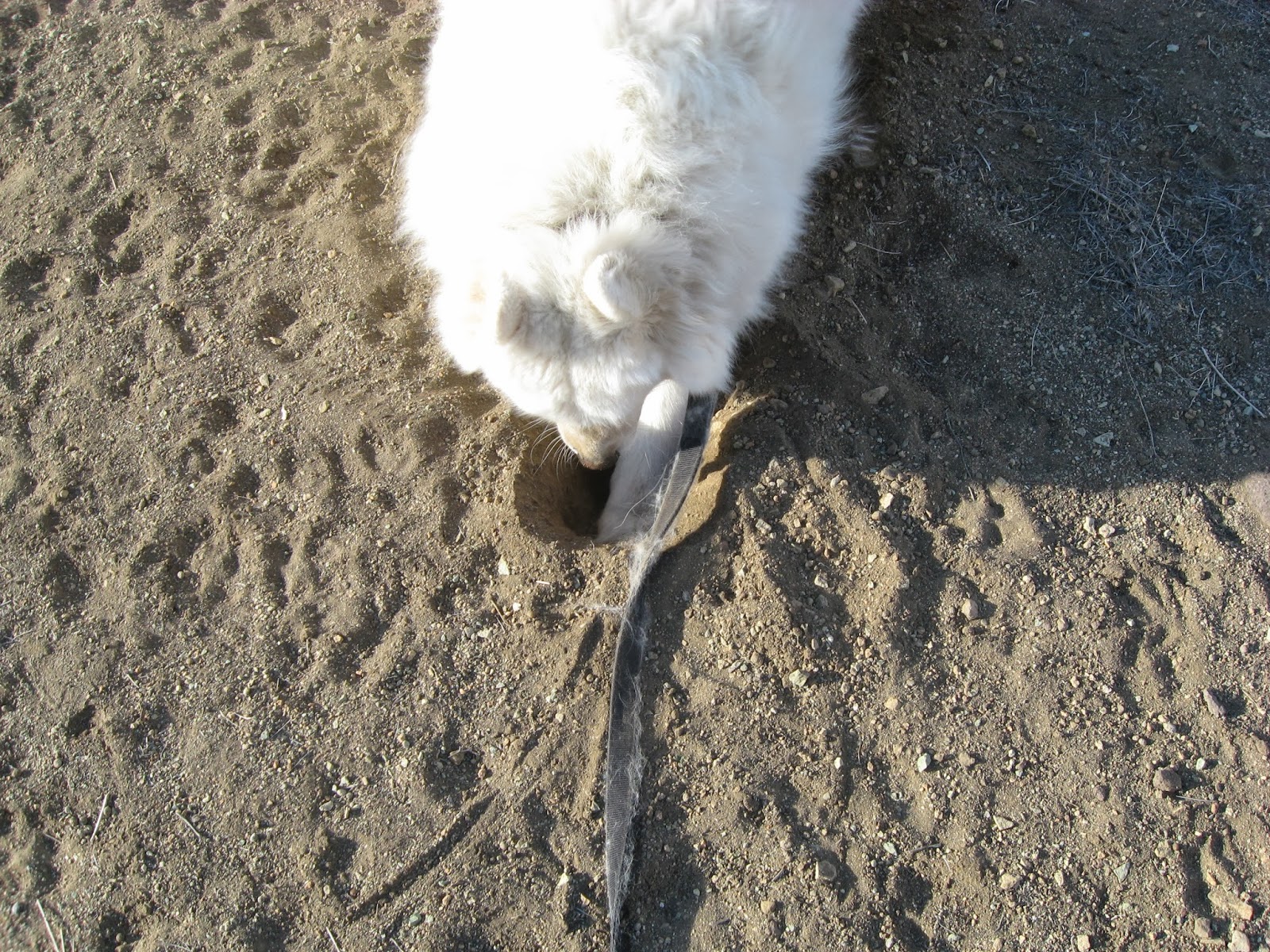 And Samson Says: All this activity, all these new large critters, I get so excited! I just don't know what to do with myself! I'm so excited, I dig a big, big hole! Earth flies everywhere, my face gets covered in dirt, 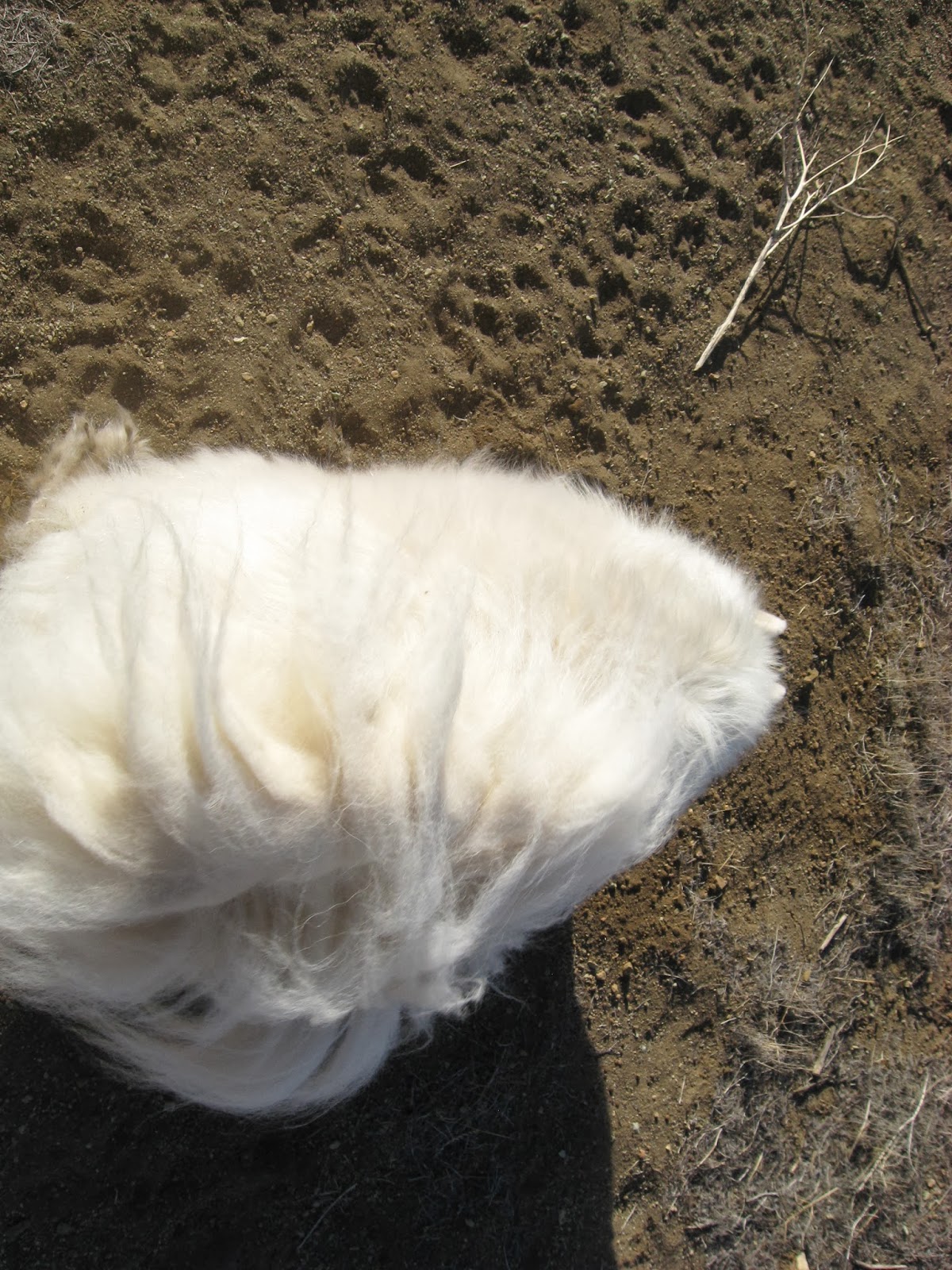 and I turn into a fluff monster!

Me: Thanks Tex for coming up with "fluff monster," I call him that all the time now. It's a perfect fit.

Finally, on Friday, Samson had his three-month eye check up. He behaves impeccably at the vet, he is calm and seems to enjoy all the attention he gets. As the vet puts green gook into his eyes, Samson licks his cheek. He gets a good report, his eyes are fine and he's doing well. And, he lost another two and a half pounds!

P. S.
I am so glad many of you like the header photo. My husband took it the first winter after we bought this place. The house was a horrible mess and he spent several months making it livable for us. He stayed here alone with Princess, a lost dog he took in. They would take long walks together all over our land and I have many great pictures that he took of her and the snowy landscape. I will post more as our snow-less winter progresses.