this photo on its own. 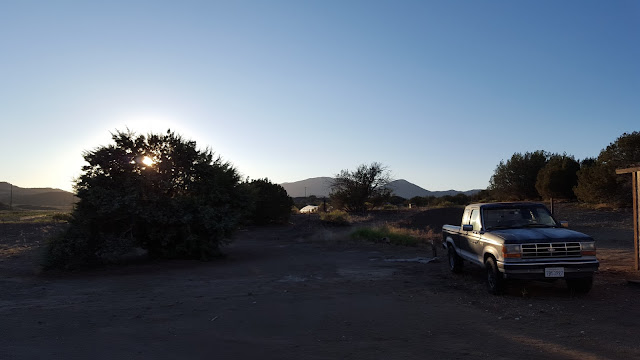 When I took this picture, it wasn't dark, the sun had not set, it was just hiding behind the juniper. I like the way my phone camera captured the old truck and the halo effect aroud the tree.

The S6 camera exposure setting is too dark. I haven't tried to correct it, but I have accidentally clicked something that resulted in much lighter pictures. So I know it can be done. Right now I have so much on my mind that I won't play around with it. I use Picmonkey when I need to lighten something. Later, I hope to learn a lot of new things. I just need to free up my mind, which is too old to do too many things ~ and I'm not talking about at the same time ~ more like in the same month!