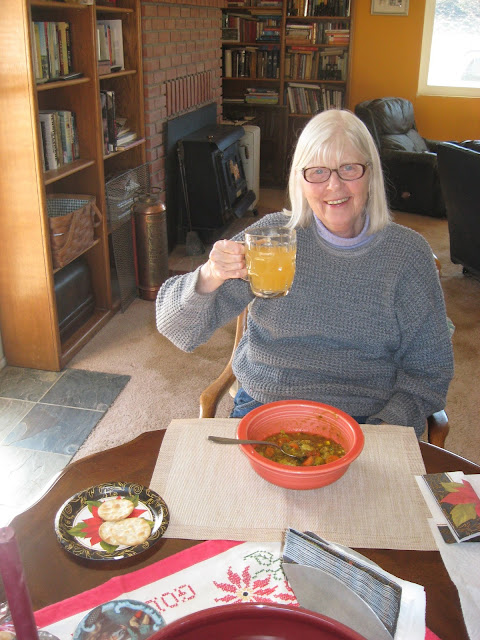 I know Rachael wanted to make sure I was OK over Christmas so, a long time ago, she booked herself for Christmas Eve. With friends like her, you just have to smile and go with it....
Since she's now a vegan, she had to make and bring our dinner, a lovely and spicy veggie soup. The drink is one of those pro-biotic ones that I never tried before. 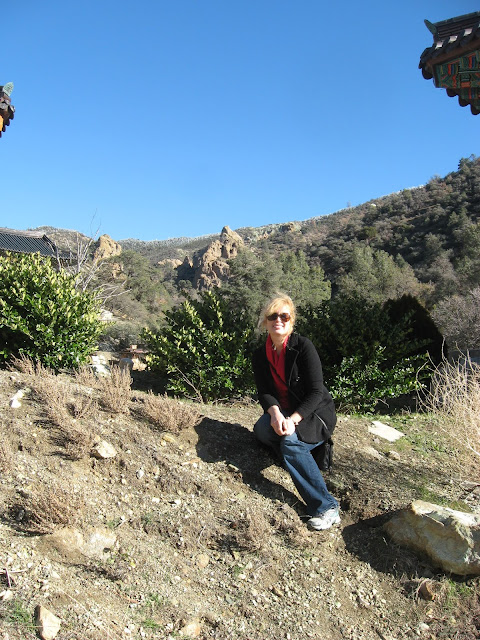 We stayed in for most of the day, but Rachael wanted to go to the Buddhist place so we drove over there. A cold wind was blowing, so we didn't stay long. 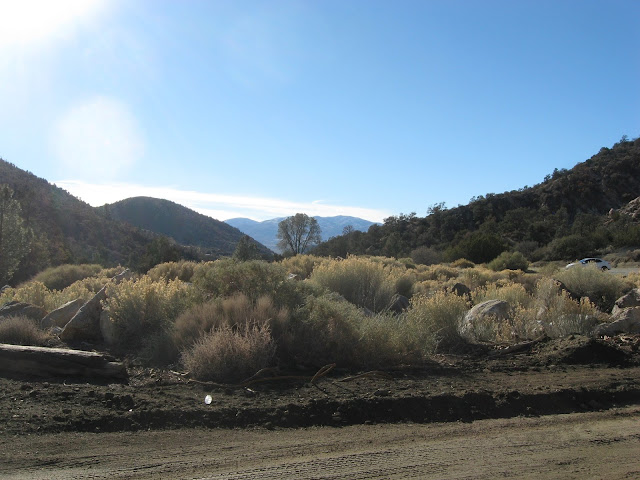 Rachael was amazed at all the mudslide damage in the canyon and it's true, the damage is everywhere around here. The views are beautiful though. 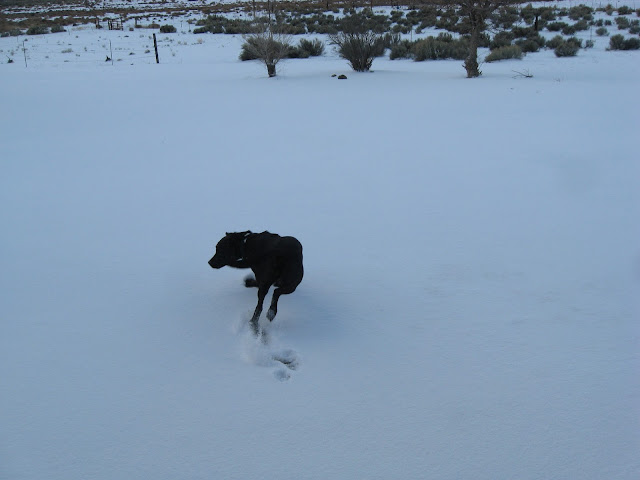 The promise (by TV weather people) of a white Christmas came true and the next morning found us with a couple of inches of snow on the ground. The dogs were delighted. This was Faith's first "real" snow. Snow that she could roll around in, jump and run in. 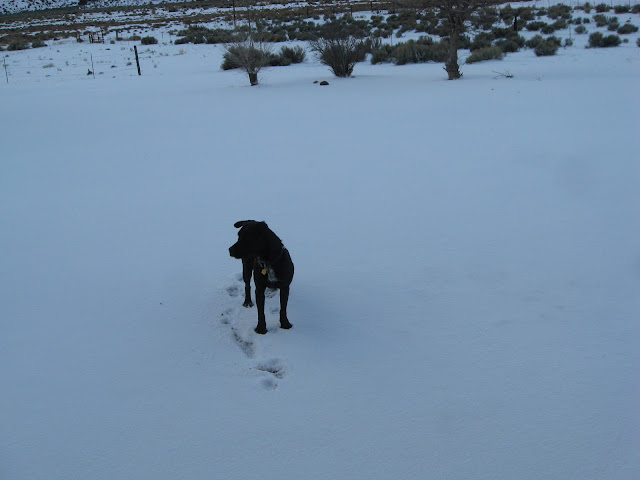 She was so happy! I think she's the happiest dog I have ever known, actually. She's so full of joy, she sometimes just doesn't know what to do with herself. 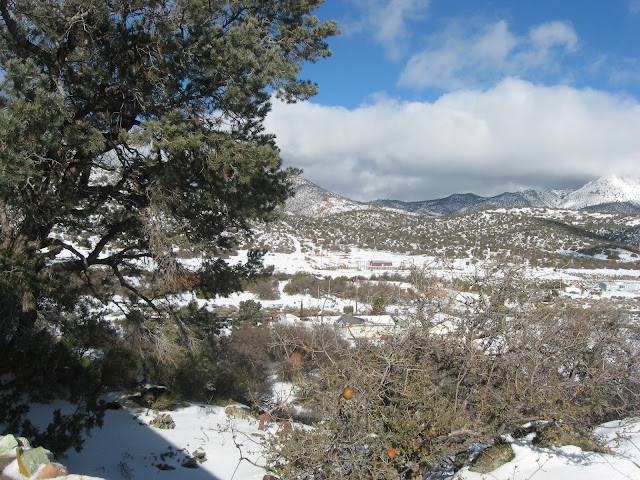 Later that morning, I went to Mary's house for Christmas lunch. Her son was there, a very nice man, and I had a lovely time with the two of them, Mary's cat and her two dogs. 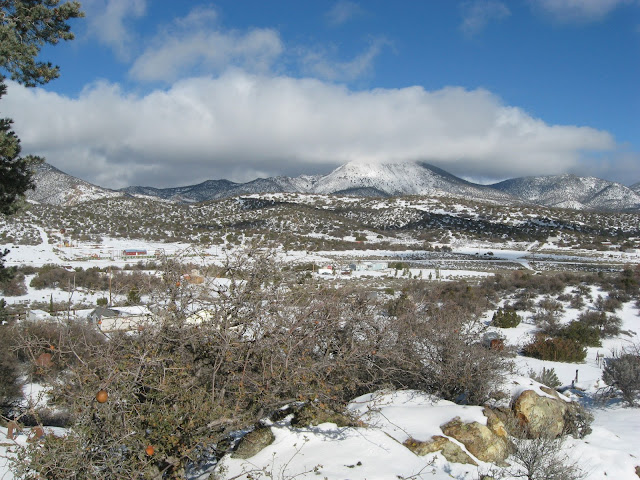 You drive up a steep mountain road to get to her house. No one else had driven there after the snowfall. I appreciated the Jeep and how great it is in snow and mud. 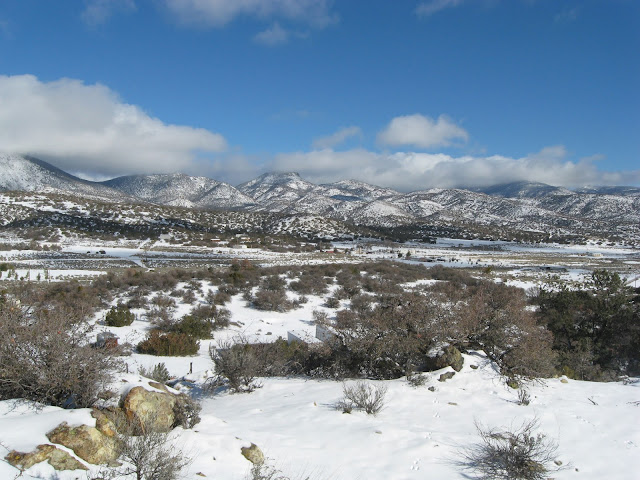 Mary has a panoramic views of the back end of our canyon. I wonder what it would feel like to live with these spectacular views every day of your life. I can't capture their splendour with my camera. On my way home, I stopped by my friend Lisa's house, where I just said hello to everyone and then spent a few moments with Lisa's mother-in-law, a wonderful woman, 88 years old, someone I would like to see again. 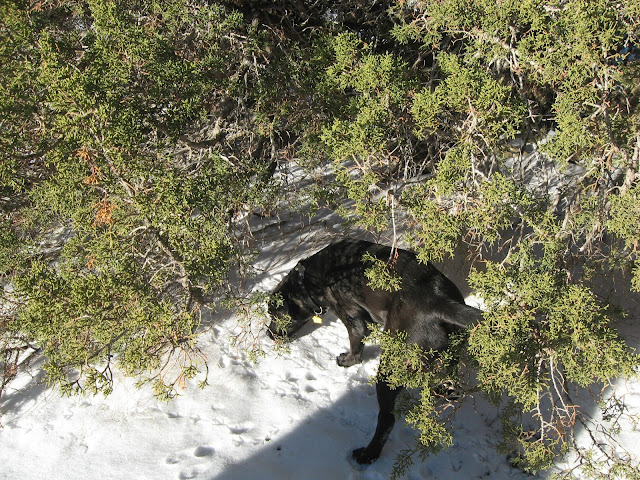 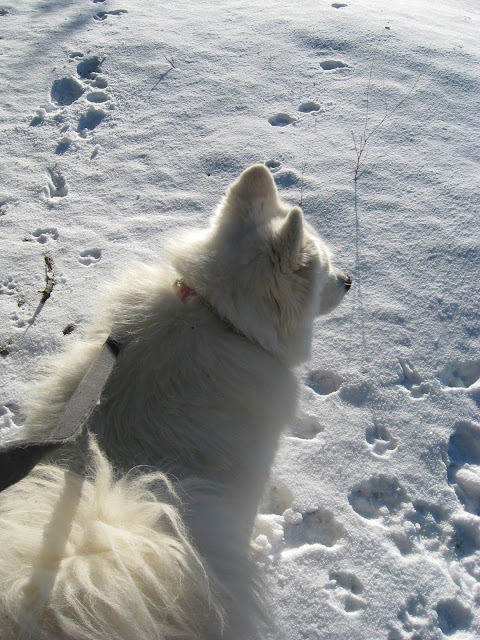 The day after Christmas, the dogs and I went hiking in the hills, checking out animal tracks, finding some unusual ones, and sniffing, sniffing, checking them out under the junipers. The dogs did the sniffing, 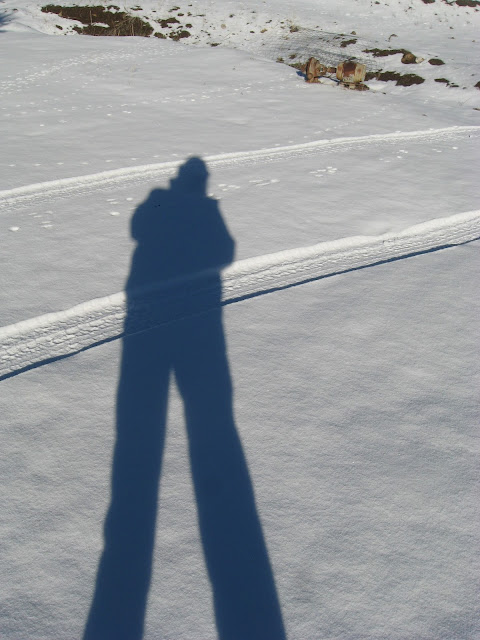 while I got busy snapping a shadow selfie, and 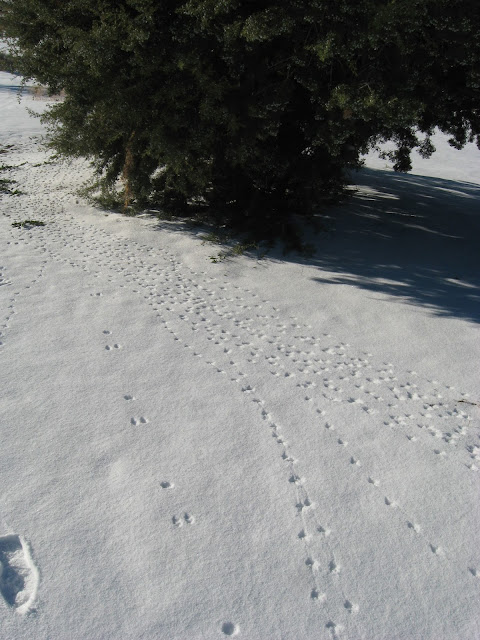 tracks of rabbit and quail and, finally, trying to 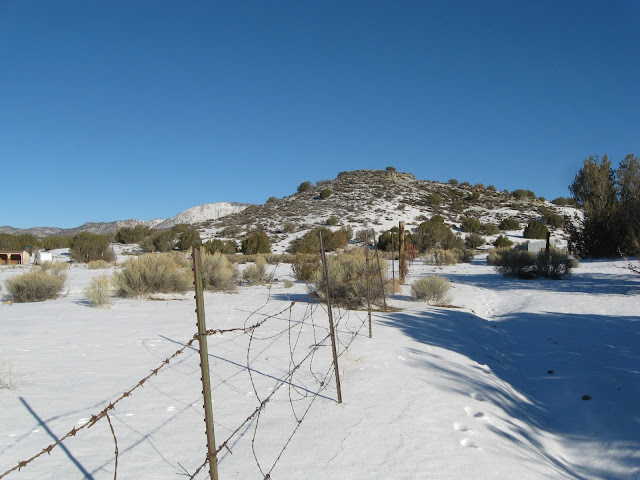 capture a snow clad Sugarloaf mountain. You can see a little of it in the middle of the picture. To get a full view of this guardian of the canyon, I have to go down the road a ways or climb up a hill, something I wasn't up to then.

So, A wonderful Christmas, celebrating life, friends, pets and nature.

Now, in case I don't post again, let me wish you all a very

AND THANK YOU ALL SO VERY MUCH FOR YOUR FRIENDSHIP AND SUPPORT DURING THE WORST YEAR OF MY LIFE. YOU HAVE TOUCHED MY HEART AND I WILL NEVER FORGET YOUR KINDNESS.