It's Been A While!

When I last blogged, I think I was on my way with my friend Mary, a new friend here in the canyon, to photograph a very interesting tree. 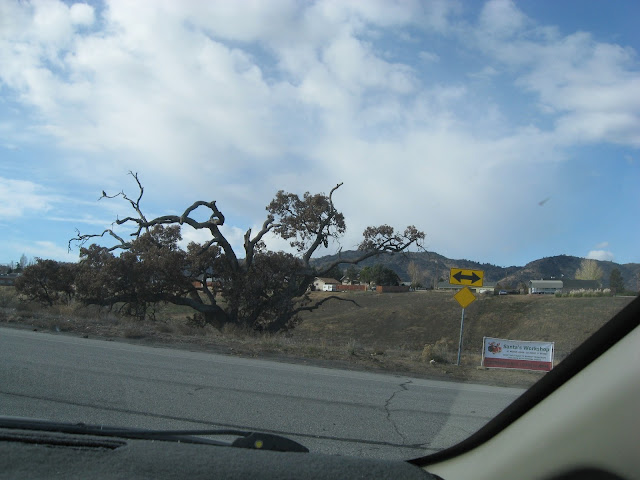 This is the tree, located at a dead end of a road as it intersects with another pretty busy road so all pictures had to be taken from inside Mary's car. 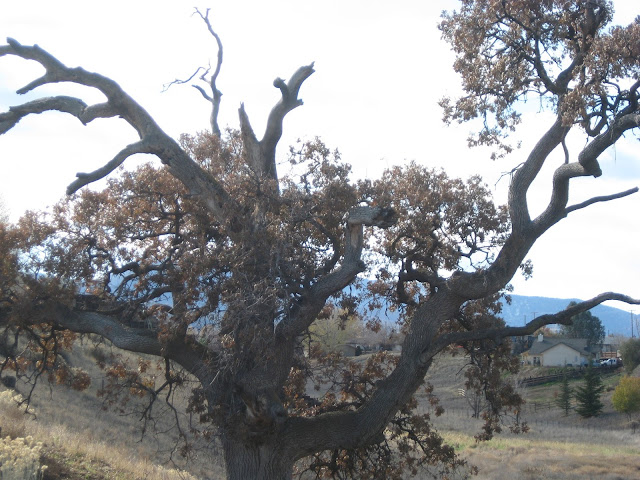 While I didn't get any good pictures of the entire tree, here are some of it's branches. To look at while I tell you about my computer issues, Jeep expenses, and the rest of what's going on in my life. 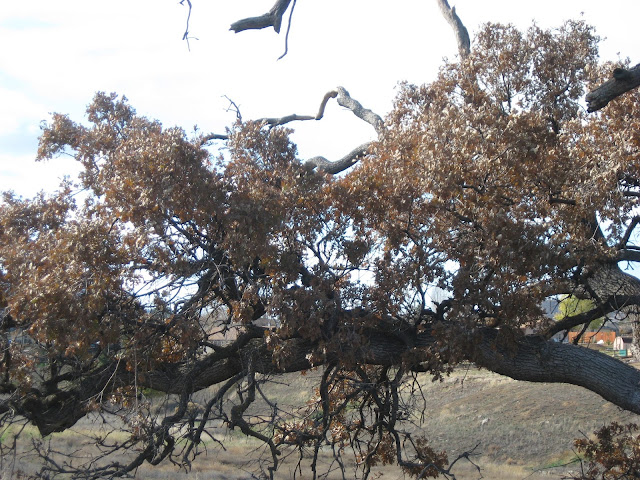 The Jeep ended up costing me $1,401 (don't you love that one dollar at the end?). However, two good things: I believe the local mechanics did an excellent job and I am so grateful to have had the money to pay for it. Moving on, I gave in to temptation and decided to treat myself during the online sales, and I saved a total of $65. What did I buy? A Kindle Fire TV stick. Love it, love watching movies and all kinds of TV shows for free! Should I want to pay, I get Netflix and all the other streaming channels too. I haven't tried any of those yet. 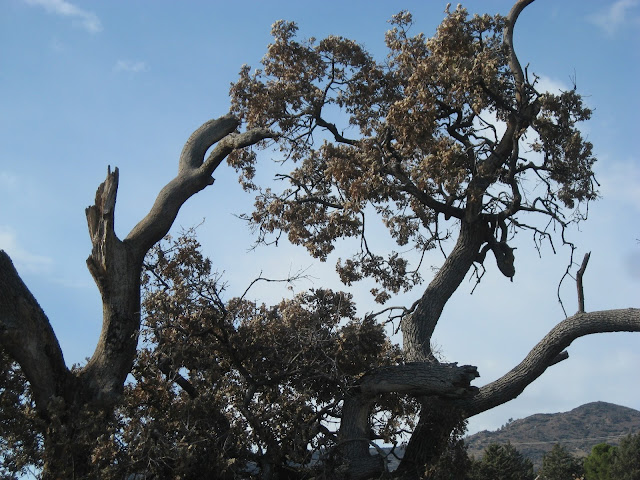 The other thing I bought was a new monitor for my computer. Looking at my old one from 2004, I wondered when it too would decide to break down, so I did it. It has taken me some time to get it working properly, but I think I've got it now. I got the least expensive one and was quite dismayed to see, when I read the instructions, that it is not compatible with Windows 10, but goes all the way back to XP!! I think it will be fine with Windows 10, but it seems to be a very old model, cheap though, so I guess you get what you pay for!! But so far, so good, I just have to figure out some more stuff. 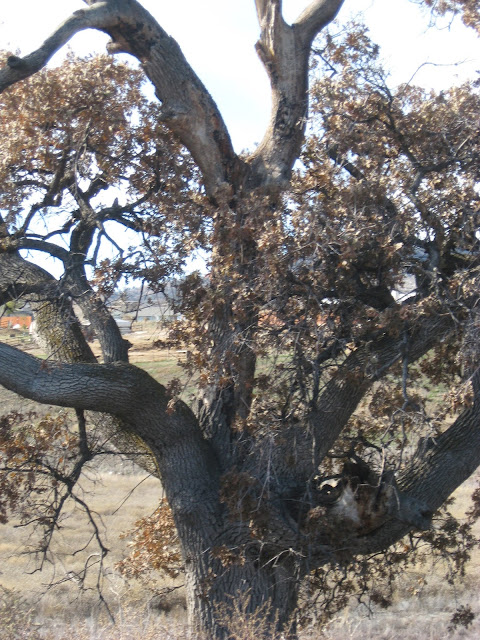 As far as my modem goes, there was nothing wrong with it. When Glenn hammered in some new wood on the eaves below the satellite, the roof shifted enough to make the satellite not work properly. So the guy fixed it and didn't charge me for it. 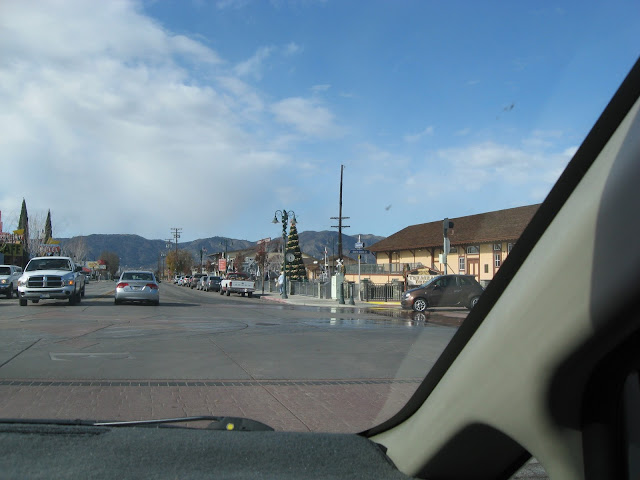 Mary and I had a nice time in Tehachapi, checking out some antique stores and a store where local artisans display and sell their goods. It's a co-op and it's very impressive to see work by so many talented artists, including Karen from our crochet group. Every possible thing you could think of, made by local people, was on display. I had never stopped by there before, but now I will go again and take my out of town friends too. 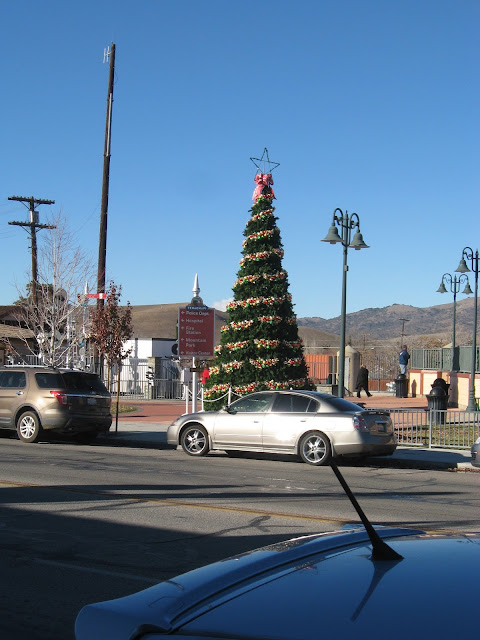 This past Monday, I drove the Jeep, without incident, to Palmdale, some 50 miles away to have lunch with Kenny and Monique, my nephew and niece-in-law, and drop off Christmas presents for their girls. They are coming up to see me on the Sunday after Christmas. I love them so much, so it will be fun. 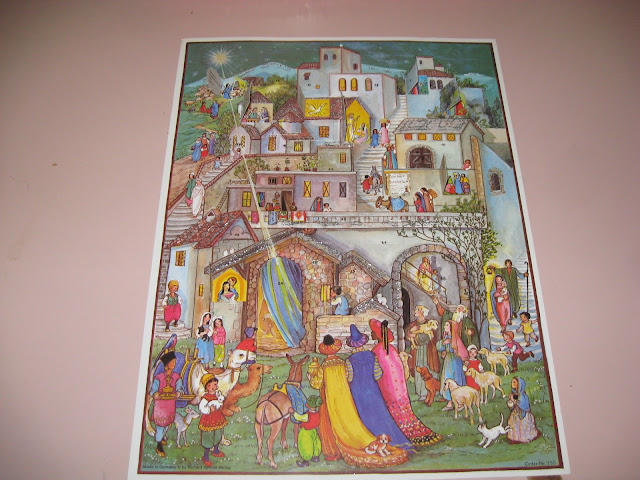 Many say that the first holidays after you lose a spouse will be very difficult. I can see that, of course, but Christmas has always been my one most favorite holiday. (Thanks mom and dad for making it so.) So I will go to Christmases past, very far in the past, all the way back to the magical Christmases of my  childhood. Beginning with Advent. I have received the Victorian Advent Calendar by Jacquie Lawson from my friend Dee. I also kept the two I received last year, and, if that's not enough, I bought one from the nuns' shop, when Rachael and I last visited there. See it above; each day has a picture and a Bible quote. It's all lovely. 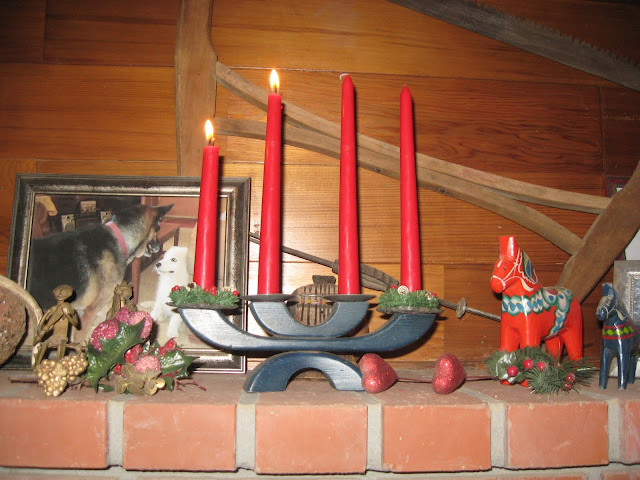 And, in the Swedish tradition, I will light a candle on each Sunday in Advent. I bought four red candles and dusted off my old advent candle holder. I won't have a tree, not with my high energy Faith around. Maybe a small one, up high. We'll see. 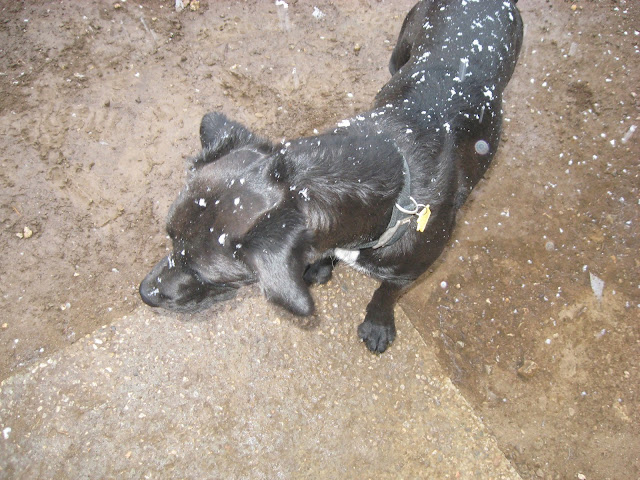 I also feel that giving is very important now. I even crocheted some small gifts to give to friends. While wrapping gifts today, it rained, it snowed, and the wind howled ~ sounds like the beginning of a ghost story, doesn't it? Now that it's dark outside, it feels a bit weird. Gusts up to 75 mph they said on the news for yesterday, but I think it is happening right now. So glad there are no tall trees around here. 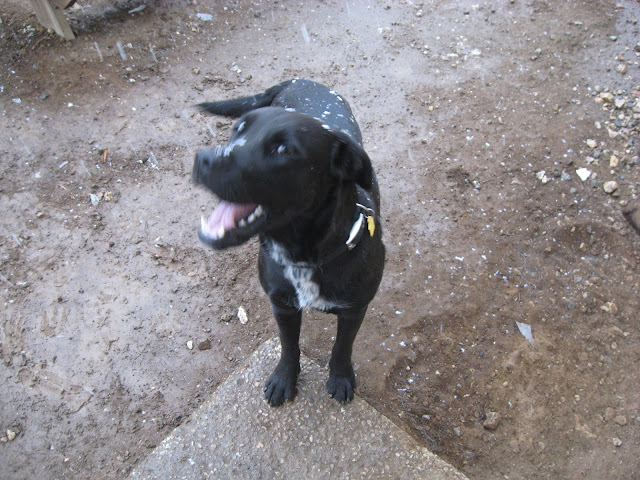 Seeing falling snow for the first time, Faith was a bit concerned. What's that white stuff falling from the sky? But, as you can see, she soon enjoyed it. 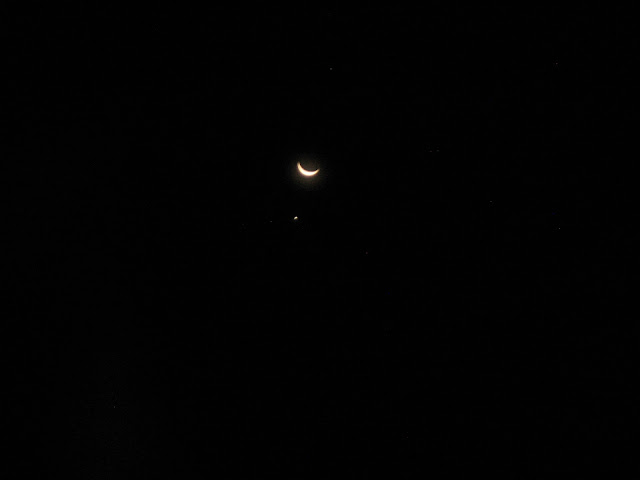 I guess that's all for now. Have a nice weekend everyone.