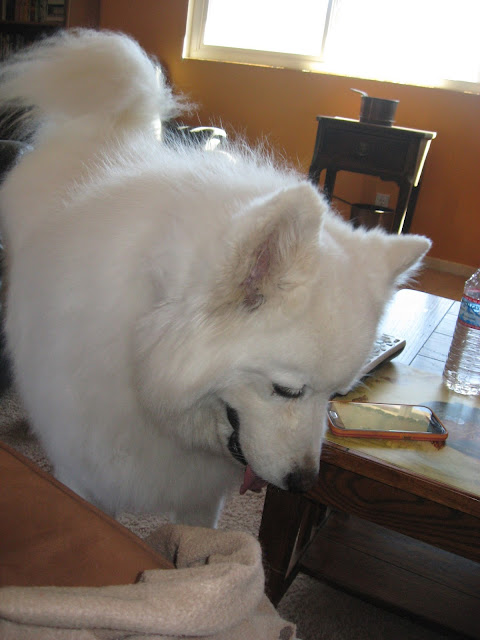 I really didn't mean to keep my sombrero picture up on the blogs for all to see for this long. But first the heatwave hit and then Samson got sick.

Of course he suffered the most from the heat. I even had to lock him in my one air conditioned room just to cool him off. Being a dog, of course he wanted to be with me, or at least to keep an eye on me. And I didn't have time to spend all day in there. But every afternoon though, we were all in there, watching movies and staying cool. It was over 80 degrees in the living room and that's just too much.

Feeling guilty, I talked to Samson about herding reindeer in the snows of Siberia, which is what he is supposed to be doing.

But then he got sick, really, really sick. He has a very sensitive stomach, but this went way beyond that. I thought he was going to die on Saturday, and the vet was very worried too and kept him over the weekend. In addition to his chronic illness, he had severe stomach issues and an enlarged liver. He vomited all of Saturday, but yesterday morning, he was much better. And interested in food. Don't know how that went, but he probably will come home today.

Faith has not minded being the only dog. But she will no doubt be happy to see him again. 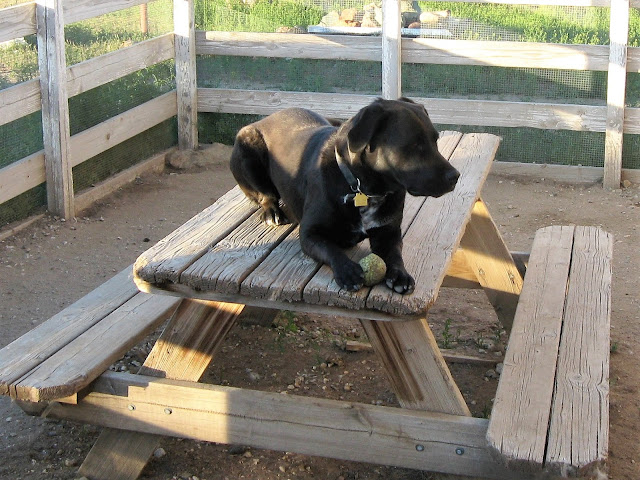