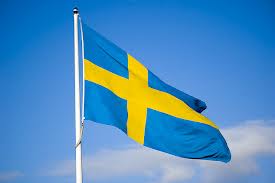 The following is an edited re-post from last year:

Today, Swedes are celebrating the National Day of Sweden, which commemorates the election of Gustav Vasa as King of Sweden on June 6, 1523.

Last year, someone asked if kings were elected in Sweden. No, they are not now, but at that time Sweden was under the rule of a Danish king. Gustav Vasa led the revolution against this king, Christian II of Denmark, and his victories resulted in the end of the Danish-ruled Kalmar Union, which comprised Denmark, Norway, and Sweden. King Gustav established the foundation of Sweden, as we know it today, including a hereditary monarchy.

When no heir existed, other solutions were sought. In the early 1800s, King Karl XIII was old and without heirs, so Sweden elected (or selected, not sure) Napoleon's Marshal of France, Jean-Baptiste Bernadotte, who first acted as regent and then became King Karl XIV Johan of Sweden when the old king died in 1818. The current king is a Bernadotte also, so the hereditary monarchy has continued since the French revolution gave Sweden their famous marshal, some 200 years ago.

I added the above paragraph this year, just to get you up-to-date on a little bit of the history of the hereditary monarchy in Sweden.

To honor my hometown of Stockholm, I thought today would be a good day to share some pictures from my last trip back in 2005. If you saw them last year, I hope you don't mind seeing them again. 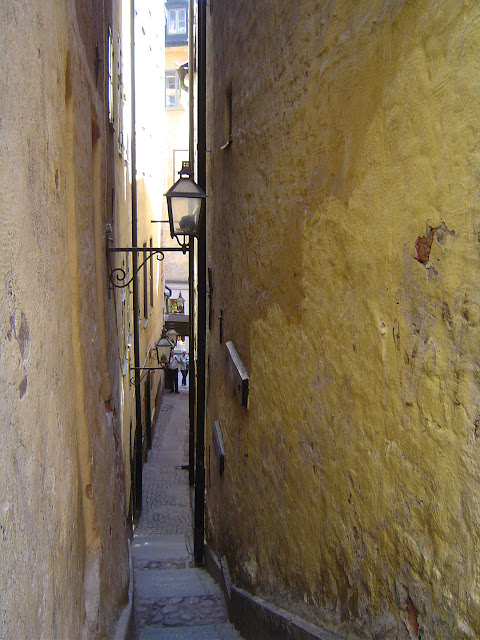 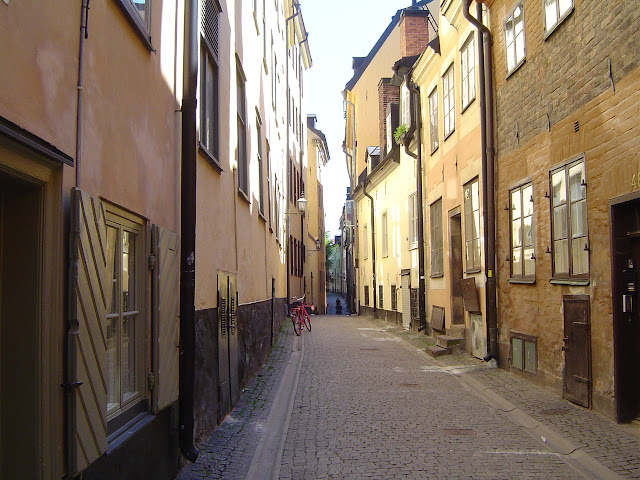 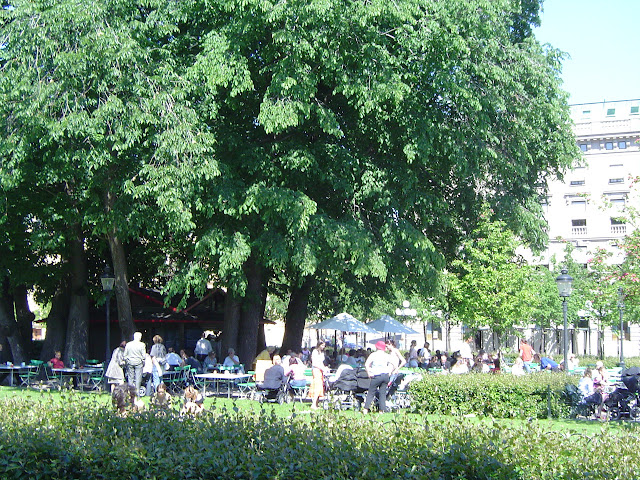 I spent many hours here, drank many cups of tea, met fascinating people from all over the world.  A long time ago. 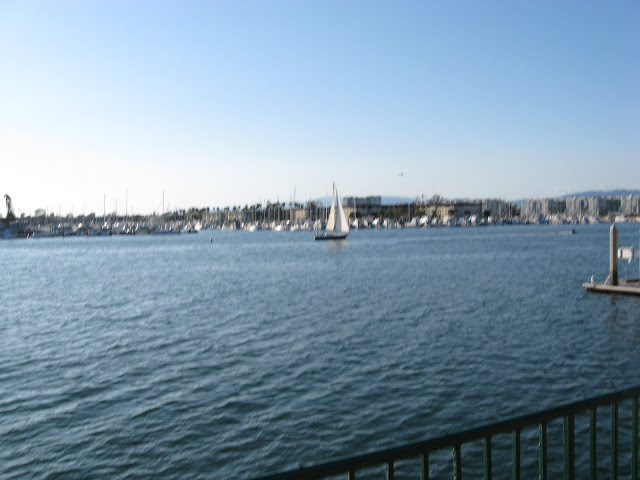 The original city of Stockholm is built on 14 islands. A city surrounded by water, with a large number of green spaces makes for quite a lovely place to live. 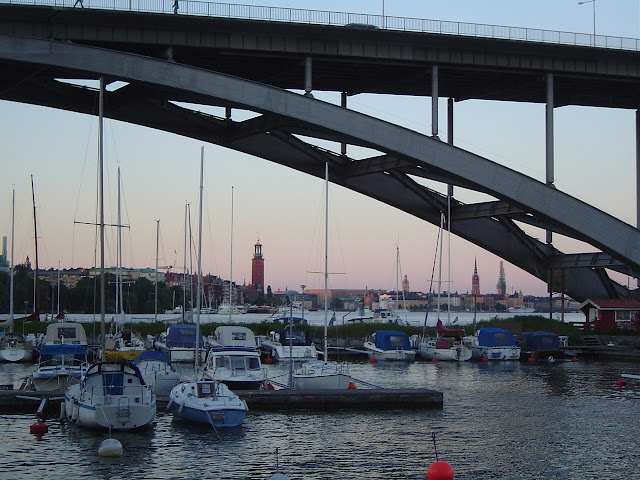 A June night in Stockholm with the tall tower of City Hall in center left, and the spires of the churches in Old Town to the right. This picture was taken around 10 p.m. 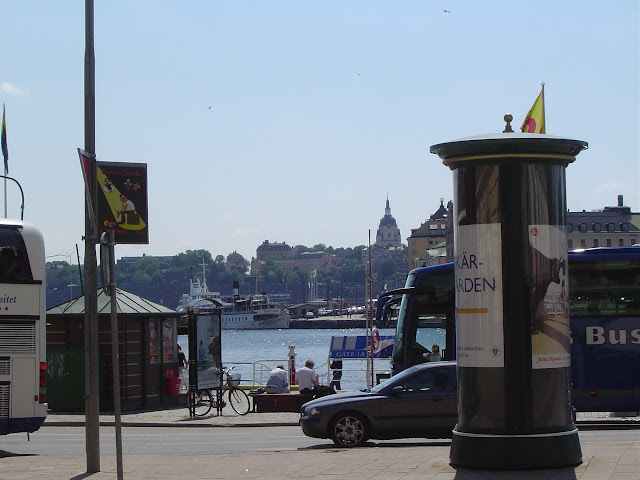 I was baptized in the church up on the cliffs, Katarina Church. 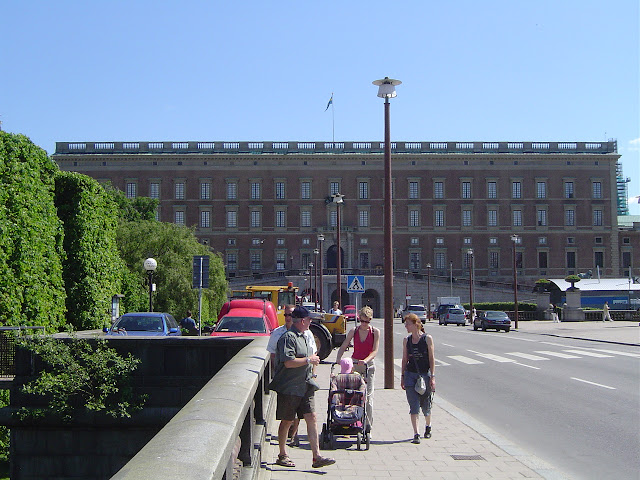 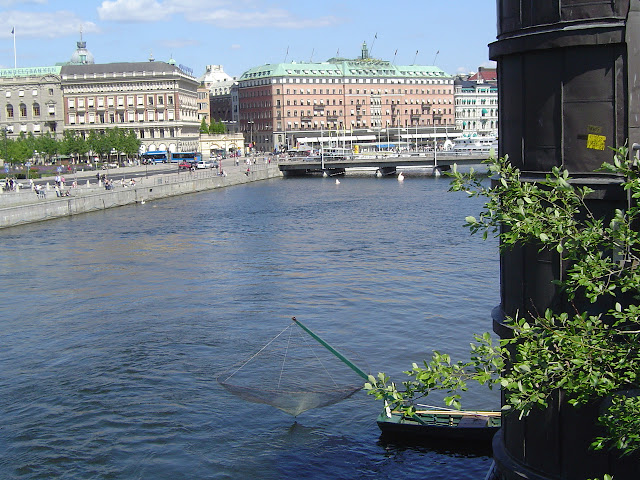 The pink building is the Grand Hotel. The water here is very turbulent and fishermen use boats with large nets attached, like the one in the foreground.  The current is so strong, you may think it must be difficult to control the boat and catch fish at the same time, but these traditional boats have been around for a long, long time and are manned by skilled fishermen. And there's plenty of fish in the clean waters of mid-city Stockholm. 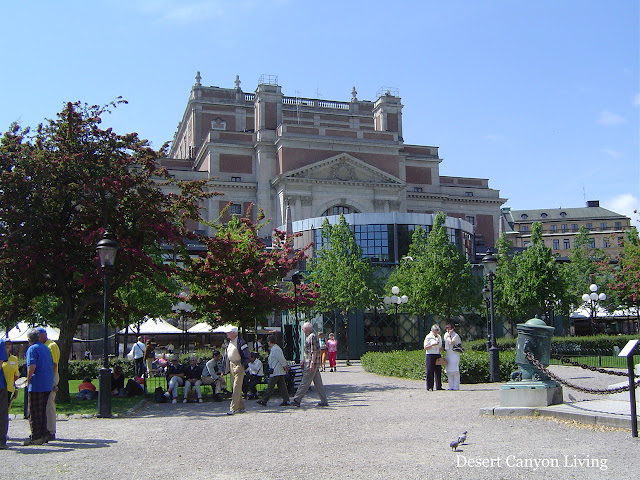 The rear of the Royal Opera House. 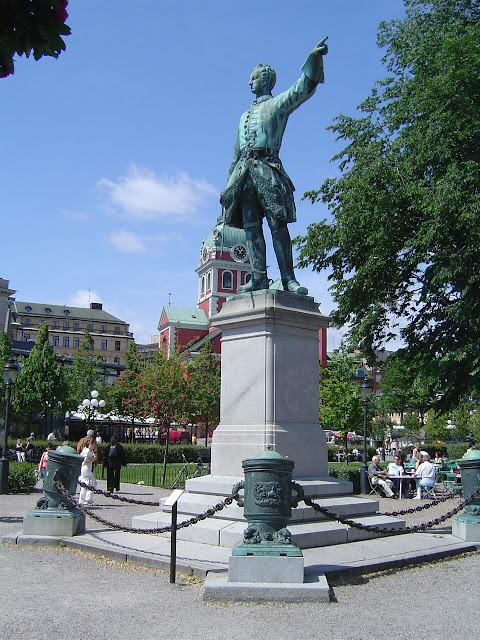 King Karl XII, a badass (read that online, so it must be true) king of Sweden, pointing East toward Russia. 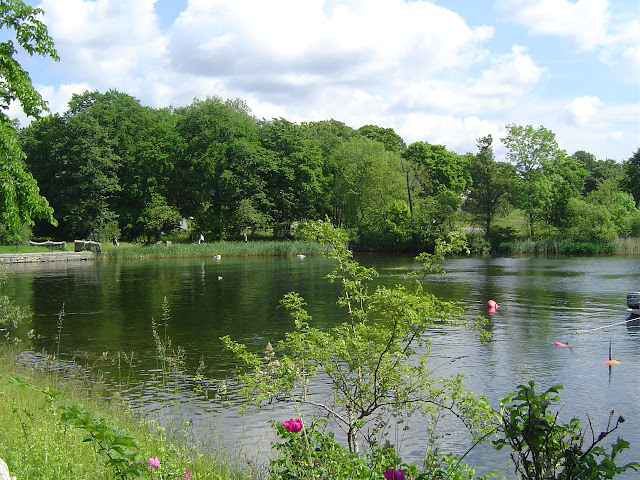 One of my favorite pictures from my visit in 2005. 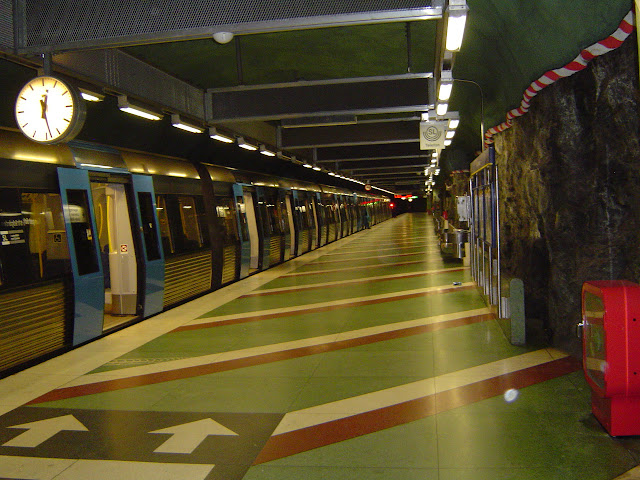 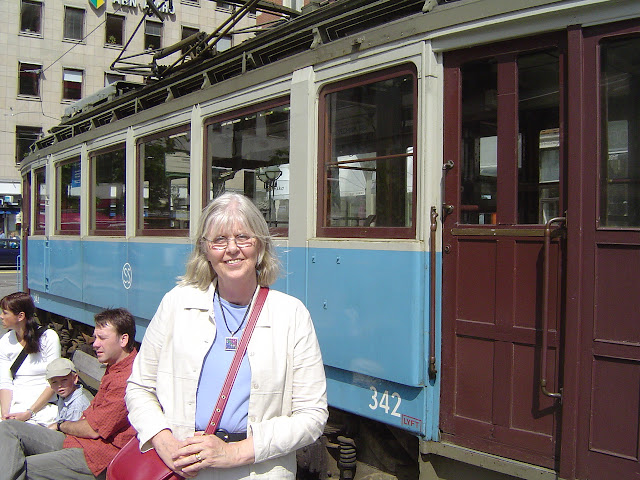 And the old fashioned kind.


And there I am, 12 years ago now. I will not be going back again. There's no way I could cope with airport lines, long flights, delays, and all that any longer. It's OK, I'm not sad or sentimental about it, it's just something I don't want to do because I feel it would be too much for me, physically.

Which brings this to mind:

I may write about it.

Here on my blog.

Hope you enjoyed my Stockholm pictures.