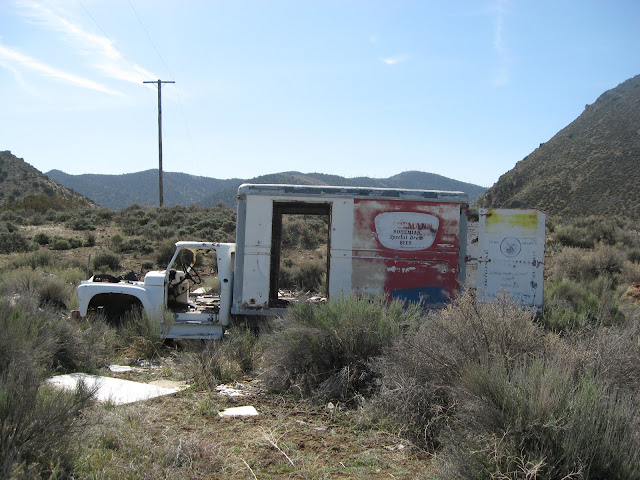 This old truck was at one point in time used to transport beer. I believe it says so on the side of it. It has been many years now since we used to hike to it with our dogs. The truck still sits out there, I can see it from the road. A very large piece of trash, far from everything, but trash nevertheless.

From our house, we first hiked up on our east-facing hill, then walked on an old road up there until we came to the end of the hills, where we had to climb down to the field below and then walk to the truck.

It was a horrible mess around it, broken glass and metal, so dogs had to be leashed. The hike itself was lovely, we saw horned toads, all kinds of lizards, and one time we saw a raven chasing a red tailed hawk. 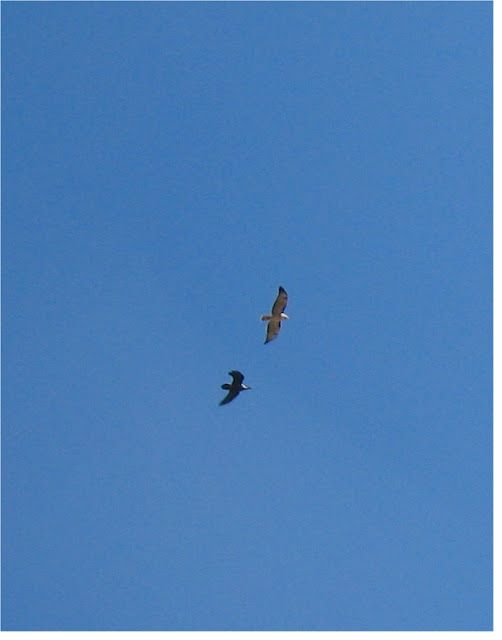 The raven was noisy, the chase went on for a while. I took blind shots with my camera with no idea if they would come out OK. 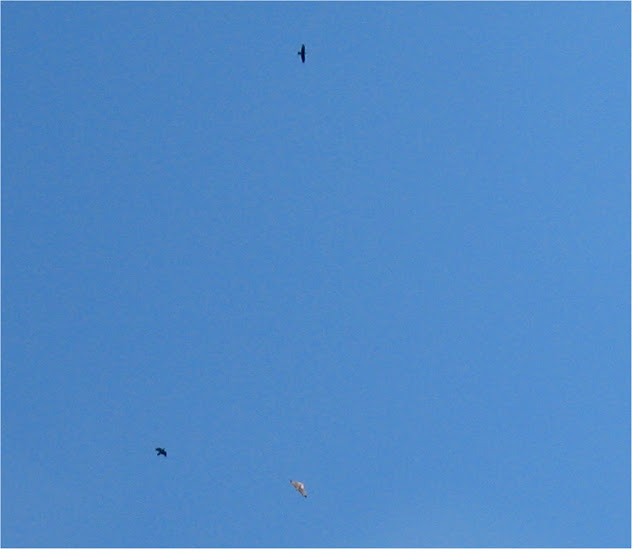 The encounter ended when the raven's calls for help were answered by another raven, approching at a great speed. Outnumbered, the hawk gave up and nosedived out of sight. 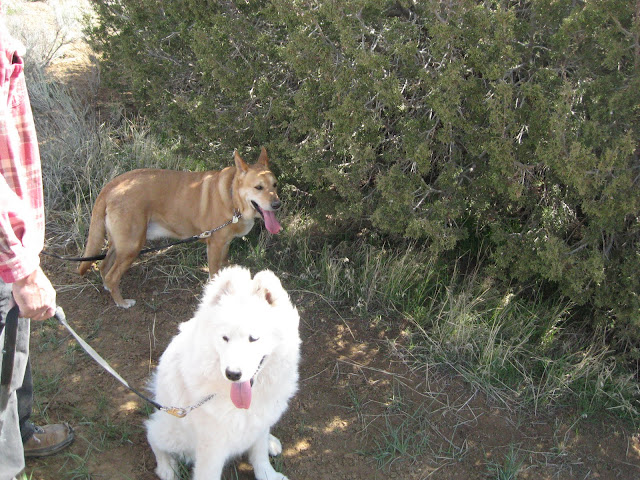 At the end of our hikes, Soldier and Samson would compare tongues to see who had the longest.

This post became more about good memories than rust. And I have come up with another new phrase. In addition to rust spotting, I now have sad smiling. I'm sure you know what I mean.