Backyard Photos And An Update I haven't felt well for a while and not inspired to take photos or post something here. Part of my feeling unwell may have had to do with a reaction to yet another medicine to lower my LDL cholesterol. My LDL is just fine, as is my HDL and all the rest. It's only because I have diabetes that the doctors insist I take something. They want the LDL to be half of what is OK for a healthy person. I looked it up online and the consensus among doctors is that all people with diabetes should be on a statin drug. That's how huge the risk of heart disease and strokes are among our population. 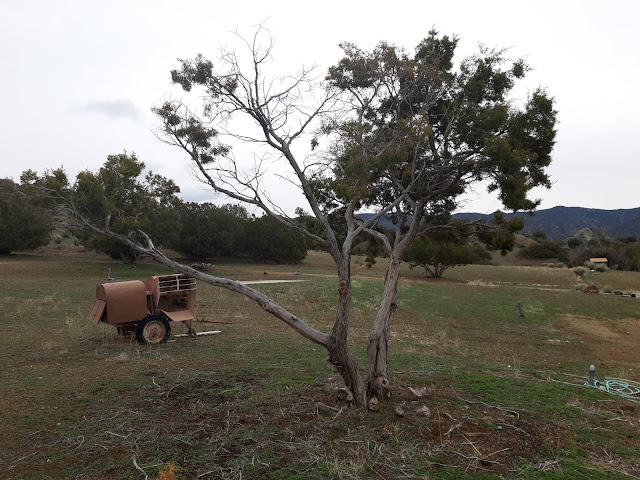 Since I can't take statins, Medicare approved something called Repatha. One day, a commercial for Repatha came on my TV. My ears perked up when they began to talk about the side effects. They were exactly the way I felt. Plus, they said this drug may raise your blood sugar. So now I think maybe that's why I suffered with high sugars for a couple of months. A very scary situation for me, since I have always been able to control them. So I stopped taking this drug and will discuss with my diabetes team when I see them next week. 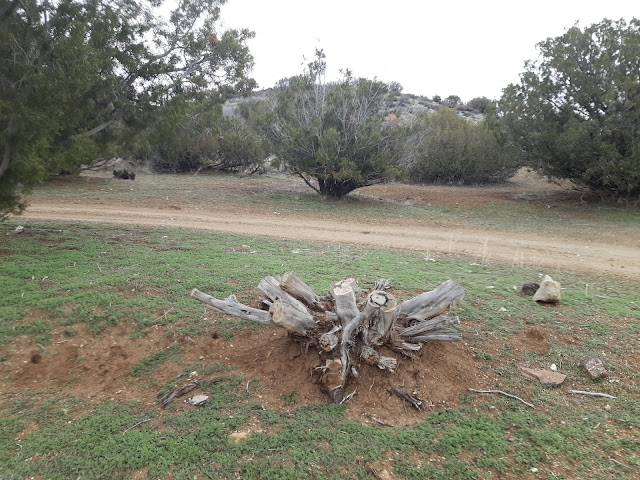 Other than that, I have a bit of a hard time breathing, so I will make an appointment with my pulmonary doctor. I haven't seen him for a long time and I haven't taken any medicine and felt fine until now.

I went outside and took some pictures the other day. After all the rain and snow, the land is getting green. This makes it look a lot better, but since my tractor guy has retired and left the canyon, I worry about fire abatement when the weeds get going later in the spring. My neighbor, Joyce, tells me we will figure it out, and to not worry. She's so calm about everything and is becoming such a good friend. We also need to fix our road, which is washed out in several spots. Hopefully, there will be wildflowers though, to make up for my worries. 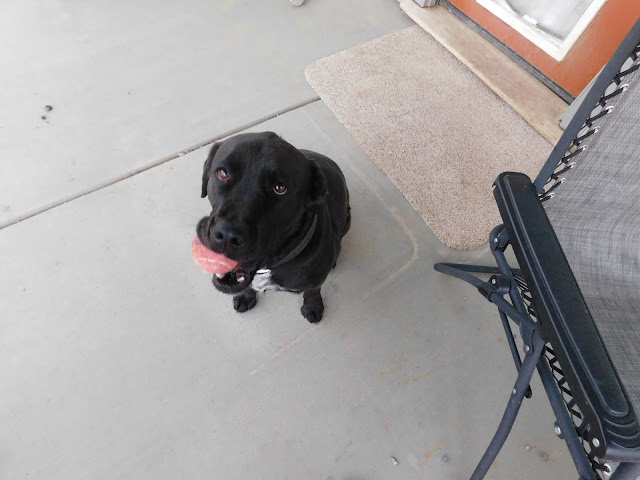 The dogs are fine. Samson is now running around loose outside and is so happy. I feel bad I didn't dare to do this earlier. He comes when called, smiling his happy Samoyed smile (a few treats in my pocket helps). 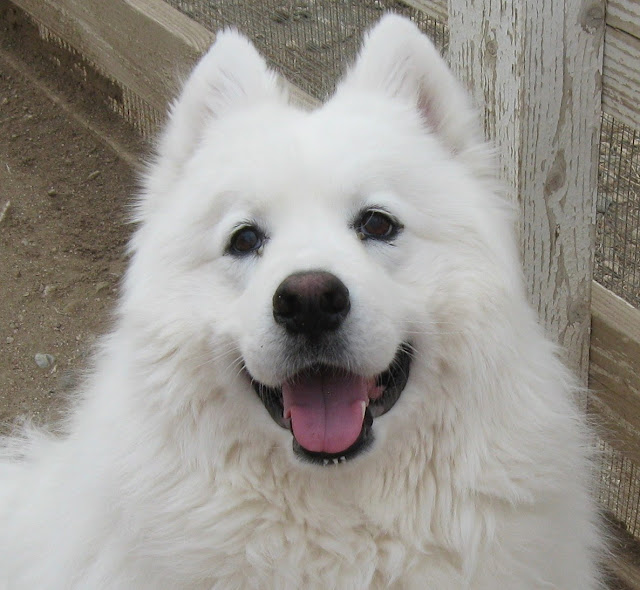 This is an old picture of him and my favorite. He was young here, this summer he will be ten. And Faith will be five next month.