This/That And An Earthquake 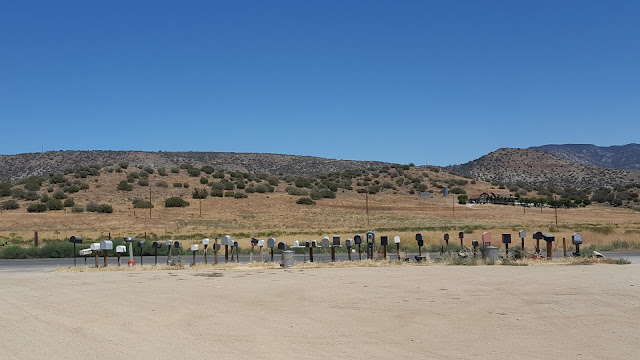 I was looking for some July pictures and came upon this one. Definitely a treasure from the archives. Good thing I took it because the mailboxes are gone now, replaced with the latest modern, locked boxes.

Yes, there was a 6.4 earthquake in Ridgecrest, a town out in the Mojave desert about 55 miles, straight, from here (longer if you drive). I was in the kitchen and all that happened to me was a rattling sound in my kitchen cabinets. I didn't feel the earth move or anything, so I thought it was a small quake somewhere.

Then my phone lit up like a Christmas tree of text messages, everyone worried. It was a large quake and I appreciate my friends being concerned. Of course, I feel bad for the people affected by this quake, I have been in a couple that really affected me, particularly the 6.7 Northridge quake back in 1994. Still, it became a good day for me, connecting with so many friends. I should really make the effort to call or text more. I prefer emails to all of that, but not everyone does these days. 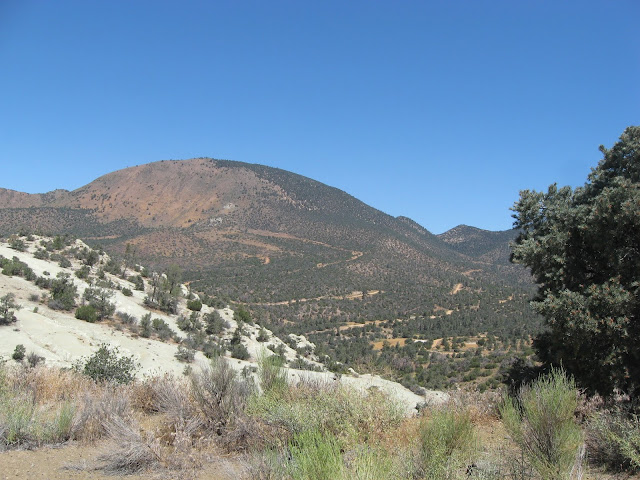 Then, and worse for me, I had a large brown spider in the bathroom. Not the first one this summer. I just looked at Google images, trying to identify it and it most closely resembled the Brown Recluse spider, which we don't have in California. This set me off on a Google image search that gave no answers and now that my head is full of spider images, I hope I won't dream about them.

I used to be so scared of spiders, but I have overcome that to a certain extent. Just don't come in my bedroom. When I first tried to catch the spider, it went in a tiny crack in my bathroom cabinet. When it appeared again the next day, I took my time, looked around my kitchen for a good box to put it in. The Tollhouse cookie tin was ideal, because it has a thin edge. A thick or slightly bent edge makes it more difficult to make a catch. The spider was on the wall, I lined up the tin, touched its legs and it fell right into it. I covered the tin and took the spider outside and left it by my rock collection, figuring it would have many places to hide there.

And I now have a good spider removal tool.

This summer, we have another pest that's worse than ever. Flies!! I can't do anything about the additional horses that now live close by, but I need to start rinsing off the dog yard every day. This was always part of my morning chores, but the winter was so wet and there were no flies, so I cut back. Now, I'm starting again and hope it will eliminate some of the problem. Drowning fly babies used to help a lot. 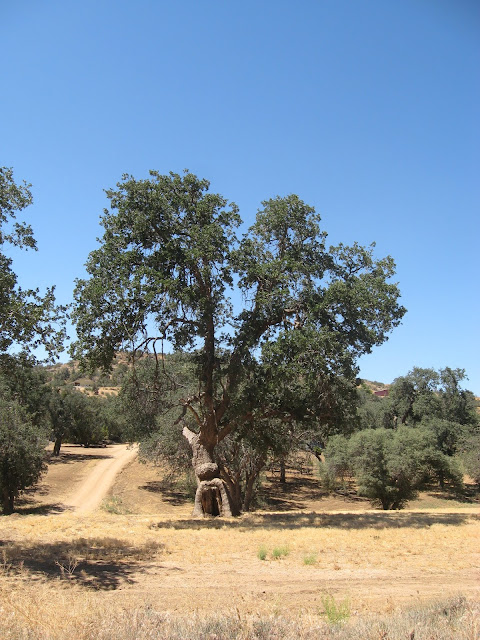 I feel much better and am now a bit embarrassed that I made a fuss on my blog. But last year, my friend Tom came to visit and, while here, came down with a cold. I got it, then I got bronchitis, and was ill for a good six weeks. This time, it was just a summer sniffle, combined with being tired.  So I rested, read, watched TV, and napped.

As far as TV goes, I don't watch much, but I was still dismayed when Nexstar and AT&T blacked out our local NBC station due to a money dispute, blaming each other. I only get local TV and HBO. I know I can watch on the internet, but I only watch some of the morning shows, which I record to watch while I eat lunch, so a bit difficult to do on my computer. Did this happen where you live also? It happened to a lot of markets around the country. 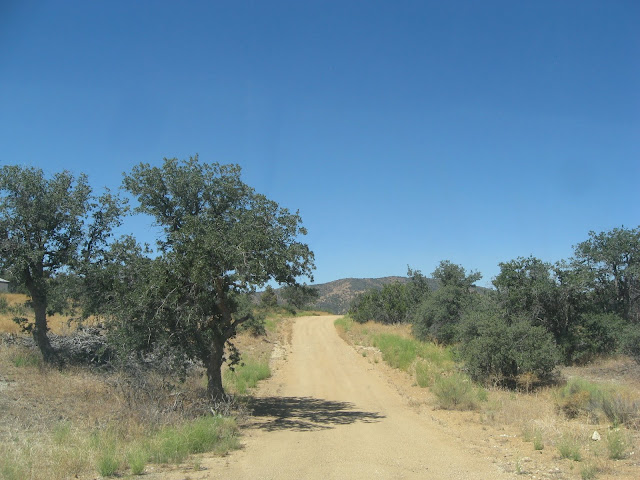 Feeling better, I walked the dogs, they were so happy. They felt the aftershocks yesterday and, when they were about to go to sleep, there came the fireworks. Samson barked at them, then came into the bedroom and fell asleep, so no panic among my dogs.

Today is a beautiful day in the canyon. The summer heat has not yet arrived and life is good.