Nothing gets between me and my ball.

Samson Says: Nothing stands between me and the couch. 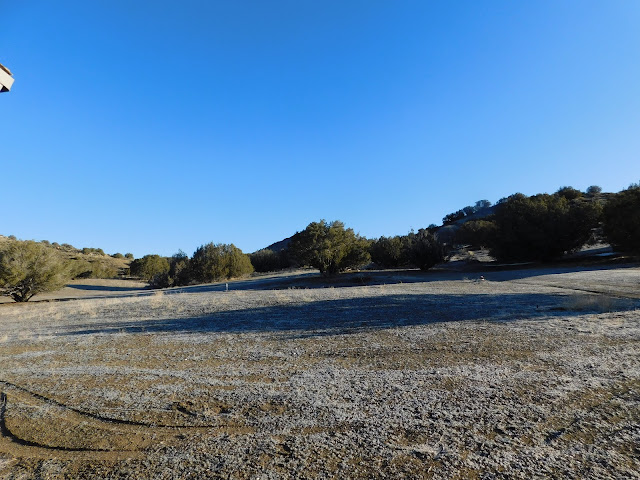 We woke up to a gorgeous morning, 14 degrees (-10C) so I went outside and took a picture of the sky, the frost, and the shadows.

When I went back inside, the drapes were still drawn and it was pretty dark. So the picture quality is bad, but the dogs are funny.

I moved my furniture together to protect my new rug from dirty paws. There's so much mud and water in the dog run and they drag it in. I have good rugs both outside and inside the doggie door, but they got wet and I had to hang them on the fence. 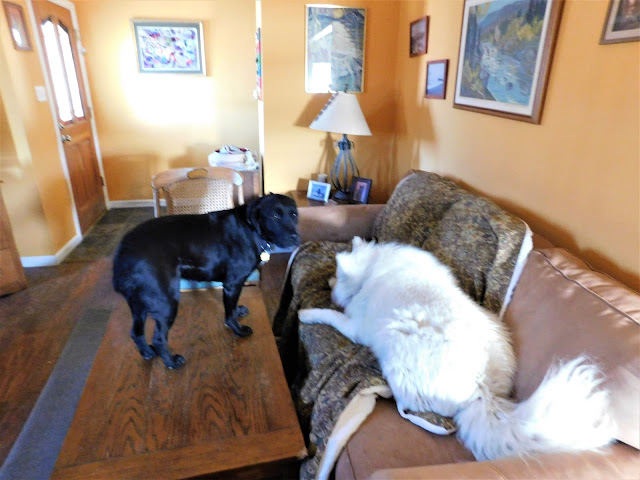 Well, nothing stops a determined dog, I guess, and this is what I walked in on. Samson stole Faith's ball (I should say one of her many balls, but the one she wanted NOW). He's chewing on it. Faith sees me and her tail goes between her legs as she must know she's so BUSTED! I never caught her on the table before, so I guess she just had a sense it wasn't OK. But you know Faith, she just had to have her ball. 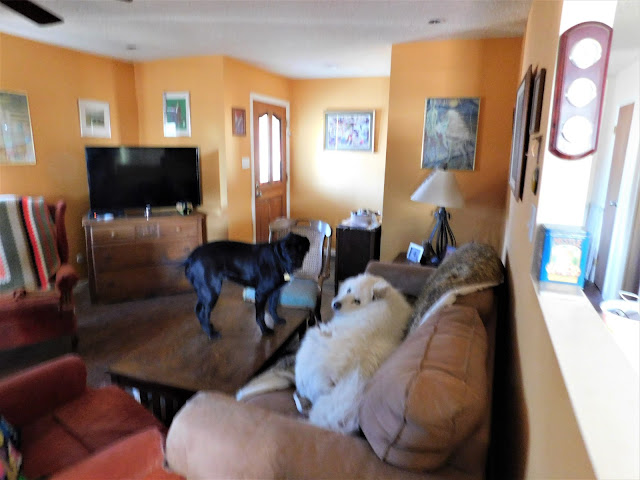 Here her tail is going  a guilty 100 miles an hour, but she stands her ground, and the minute Samson turns his head, she moves forward and grabs the ball. I missed that moment. 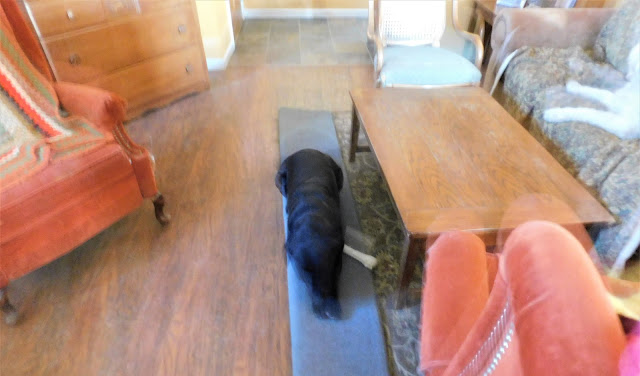 And here she is, on the folded up part of the rug with her ball. Life with dogs, what can I say?

The clothes on hangers in both bedroom closets and the hall closet are sorted: keep, donate, consignment, and toss. It wasn't too bad. I go through my closets quite often. The difference this time is that got inspired by my friend Christina, who told me she had gotten rid of practically all non-essential stuff.

This morning, I pulled down everything that was on the shelves above the clothes. There were bags, hats, caps, my CERT hard hat, scarves, and so on. I got so many gifts of bags from Rosemary after Errol died, her way of cheering me up, which has resulted in me having way more bags than at any other time in my life. I love them, I love what she did for me, so they will stay for now. Instead, I'm donating my older bags. I had all of them when I worked at UCLA, many years ago now, so time for them to go. 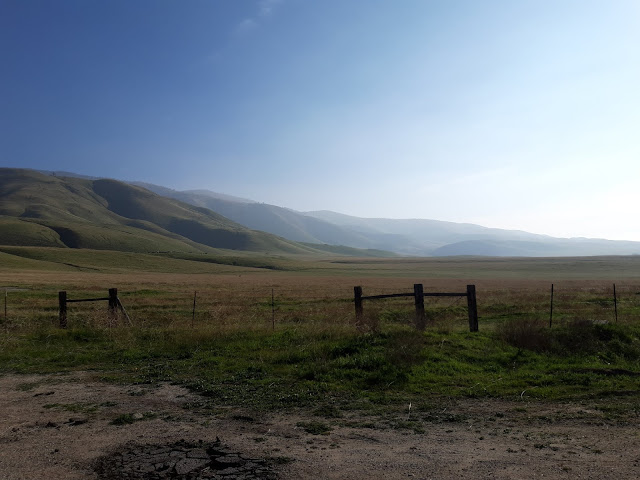 I took this picture on our way home from the DMV in Arvin, where Mary got her license renewed and Bob got his Real ID card. After all this rain, there should be gorgeous wildflowers growing up and down those hills pretty soon.