Snowflakes In The Dark 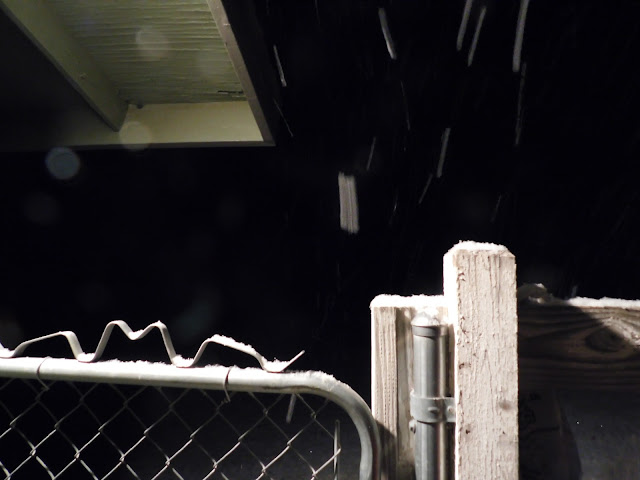 These are snowflakes falling in the dark. This really inspired me to finally begin to learn how to operate a camera again. There was a time, years ago, when I knew how. I even had a Leica with a lightmeter and all that. 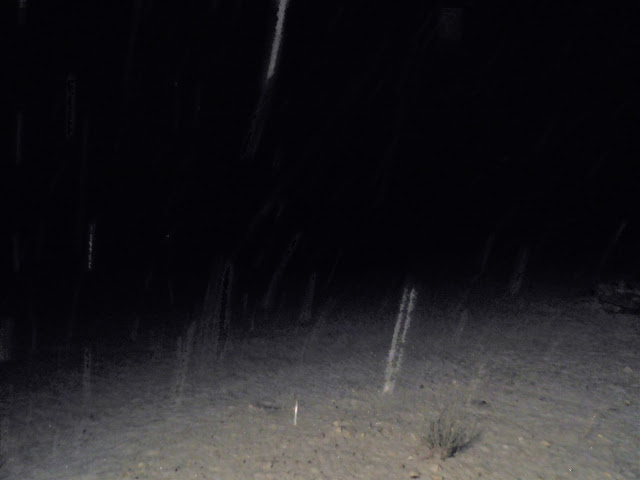 Then, as cameras became automatic, my laziness took over. The pictures usually came out OK and I never, until now, bought a camera I could actually do something with. I've had it for almost a year so it is time to begin to learn and understand what it can do. Snowflakes are hitting the ground in the above picture. 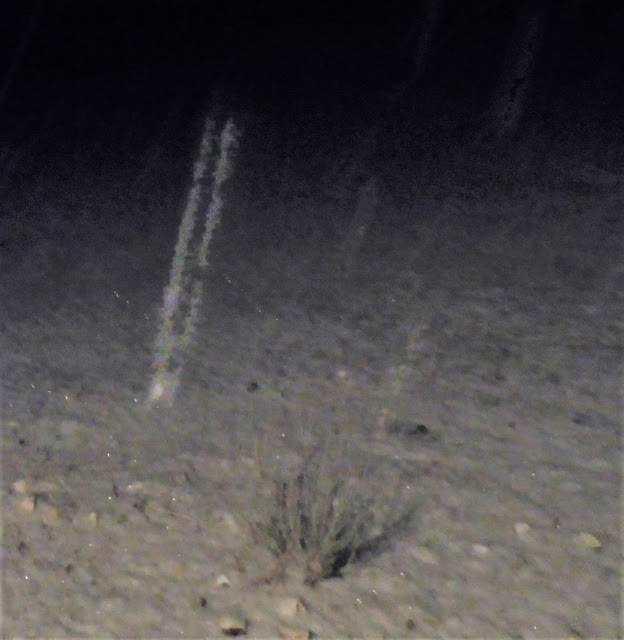 Snowflake or flakes hitting the ground. Just think how much better it would have been if I had understood the setting, the light and so on. And opportunities like this don't come often. 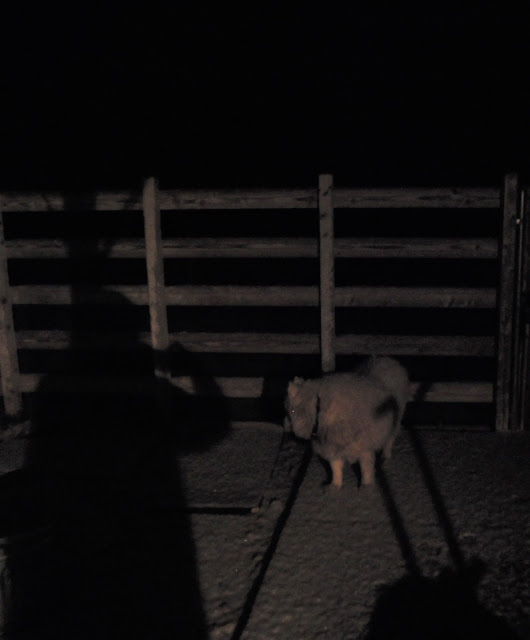 Then, just for fun, my ghostly shadow takes a picture of Samson, who perhaps thought he really saw a ghost and turned his head away.

I think this is a really interesting picture because that shadow looks so real, doesn't it?