A Strange Story Of Two Goats

After I posted the donkey picture the other day, and read your comments, I realized that these wonderful animals bring a lot of joy. I knew this of course, so I decided to tell more stories from the time I worked at the rescue.

After I retired from UCLA and we moved up here, the donkey rescue was located next door, on the property that Joyce later bought. As the rescue was just starting up, the owners asked if I would be interested in a part time job. I agreed and ended up managing the gift shop, writing thank you notes for donations, and writing stories for their news letter.

Of course I was also hanging out among the animals and, as I got to know them, learned how wonderful, loving, and smart donkeys really are.

But there were other animals there as well. This is the strange story of some goats, two of which ended up at the rescue. 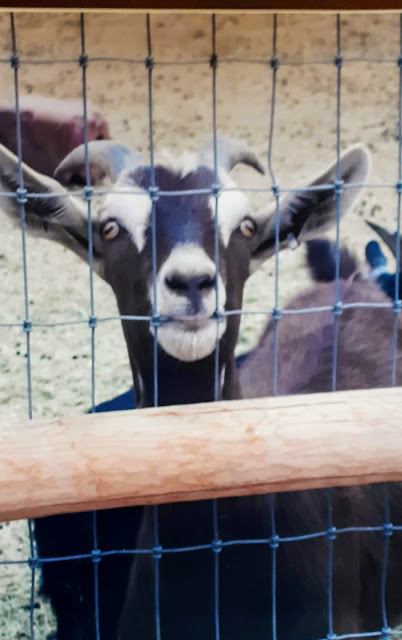 One day, the owners of the rescue got a call from the Highway Patrol, asking if they would accept two goats. It turned out the cops had stopped a guy and, as they were talking to him, they heard noises from the trunk. Not sure what was going on, they asked the guy to open the trunk. I'm sure they couldn't believe their eyes when they found several goats in there. A couple of them were dead, but two had survived. 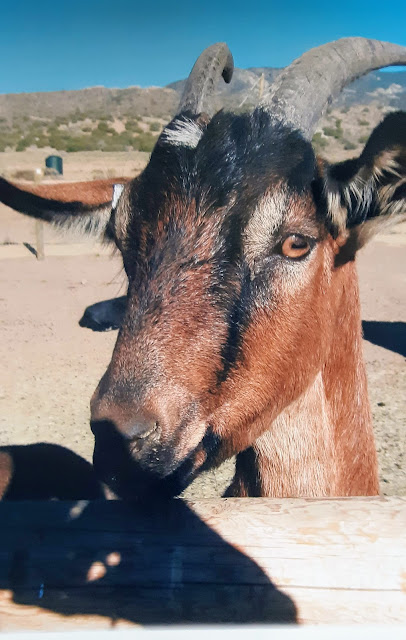 And they came to the rescue. We named them Eduardo and Manuel, as they were most likely Mexican goats. The driver of the car was Mexican, as it turned out. No idea what he was thinking or where he was going with them, but so glad that these two survived. They were a joy and among my favorites at the rescue. 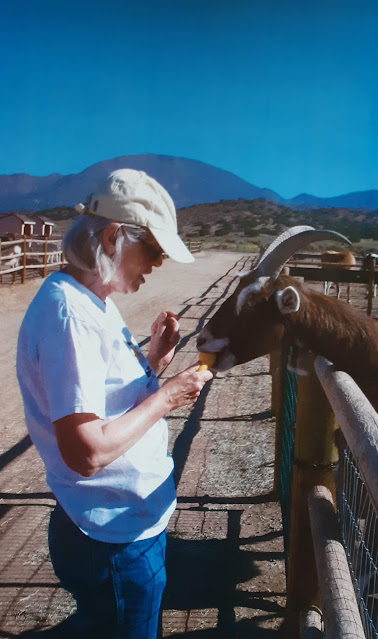 Here I am, feeding one of them a treat.

Playing chase, getting ready to butt horns, perhaps, but no doubt happy to be alive.