What Makes Us Eat?

This was the topic of yesterday's diabetes support group meeting. The answer may be that some people eat too much because it is addictive and the food industry is aware of this and plays into it big time.

This is a quote from the hand-out we received: 'Opioids are chemicals produced in the brain that have rewarding effects similar to morphine and heroin. Stimulating the opioid circuitry drives us to eat.'

We went over how all this works: From when we first put food in our mouths to how the sensory experience of taste travels through the midbrain reaching regions where the sensory signals of food are integrated. These signals are ultimately relayed to the nucleus accombens, an area of the brain that is the center of reward.

I won't cover all of it, but here are some points I found interesting:
I found all this interesting, but I couldn't relate to it because I just can't eat that much. I love good food, don't get me wrong, but I seem to have some built-in portion controls in my brain. Eve said I may have a surplus of dopamine and don't need a lot of food to stimulate the response. That sounded fascinating to me and I would like to find out more. Of course, it could be in my gene pool too. Or, I could simply be blessed, as one of the participants in the group said. Amen to that, I say.

Then we moved on to the food industry. I find the damage they do to all of us who have to eat deplorable.

Quoting again: 'Modern food processing techniques allow us to eat faster by eliminating the need to chew so much. Refined food melts in the mouth, so calories eaten go in much faster.'

On this, a woman in the group told us that she had broken two front teeth in an accident and this took a long time to heal. Because of her pain, she had to chew very slowly and carefully on the sides of her mouth. The result: She lost 15 lbs in a relatively short period of time, without even trying.

We also found out that the food industry is looking increasingly to chemical flavoring to drive up consumer desire.

Then we discussed how to beat overeating, how to deal with urges, and food rehab. I don't have room for all the suggestions here and I think everyone who is working on their overeating problems know them pretty well. If I had to, I think I would focus on these solutions:
To conclude, I just had to stick in some pictures of this very healthy bread.

In the old days in Sweden, they baked this bread and hung it on poles below the farm house ceiling, hence the hole in the middle. This is the prototype for the Wasa Rye Crisps and all the other crisp breads we eat today. 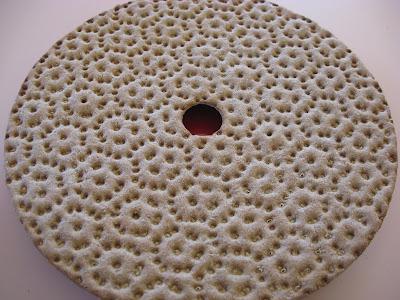 This is how it looks packaged. This bread has few calories and contains little more than rye flour and water. And it tastes absolutely wonderful. It is one kind of bread the Swedes of old found satisfying -- dopamine or not -- and I'm sure they still do over there. 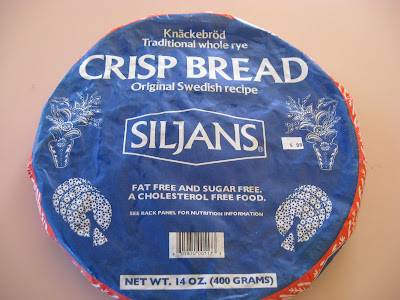 Yesterday's meeting was primarily geared to people with Type 2 diabetes and weight issues, but I enjoyed is because, as always, I learned something new. And I enjoy breaking away from my hermit ways and do a bit of socializing every now and then.

I remain in awe of Eve and the fact that, thanks to her, our small town has something this informative and helpful to offer its citizens with diabetes.