Stockholm -- Photos for a Sunday Afternoon

Yesterday, I took a lot of photos of our town here to post and show my friend Carol and anyone else, of course, what the town looks like. I felt I was doing really well with the autumn foliage last week, but yesterday's photos were just awful. I guess it's easier to take pictures of trees than of buildings and streets and such. At least for me. I will try again this coming week.
So I decided to instead post some photos from my hometown, Stockholm, Sweden. The photos are from June 2005.
The rose/beige building is the Grand Hotel. Fishing boats, like the one pictured with the large net, are still used on the waters around central Stockholm. 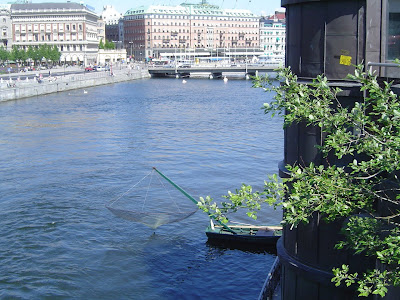 The Opera House, where I spent many an evening when I was young, listening to all the great operas. In those days, you could just walk in, buy a ticket, climb up to the highest balcony and enjoy some of the great singers of the day. 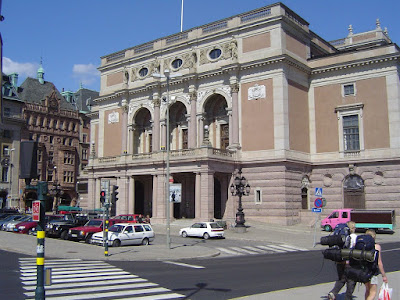 View of Old Town, the medieval part of Stockholm, with the royal castle in the foreground and Sofia church and the cliffs of the south side in the background. 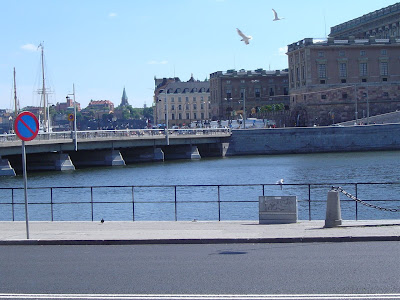 A pretty building, I thought, and that horse statue. It was gorgeous, but unfortunately you can barely see it in this photo. 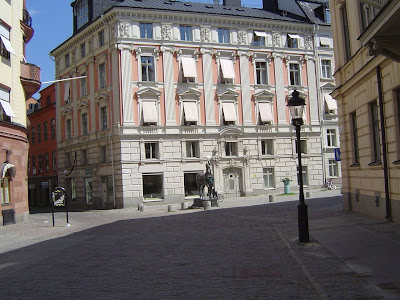 The King's Garden, a park in central Stockholm. On this day, people from all over gathered for a tournament of that French game of balls being tossed. See what do I know....is it boule? Sorry about that, I just stumbled on it and had a great time people watching. NK, an upscale Stockholm department store, is in the background. 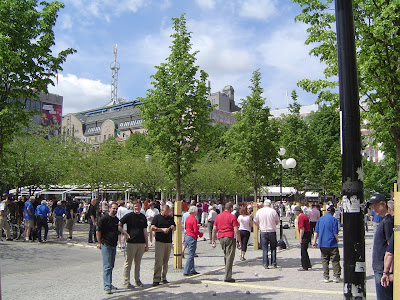 A party boat coming in from Finland. These boats go back and forth between Stockholm and Finnish ports, through one of the prettiest places on earth, the Stockholm archipelago. I have never been on one, but I bet you beer and aquavit flow freely on these trips. When I was young, I traveled on Russian ships between Stockholm and London, so I do have some experience with such things. 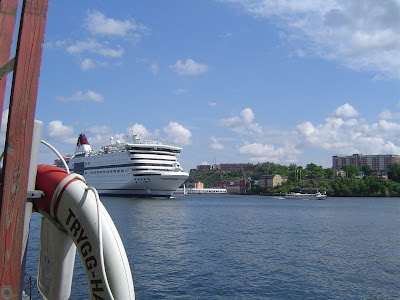 An inlet at Djurgarden, or Deer Garden in English, where I spent a lovely day with my cousin. 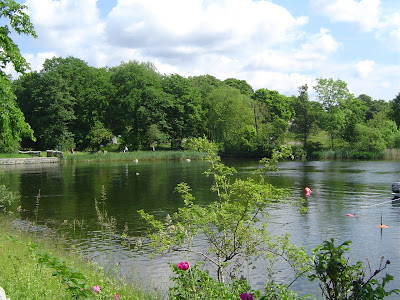 One of my absolute favorite things in Stockholm: The little ferry that takes you from Old Town to Djurgarden. 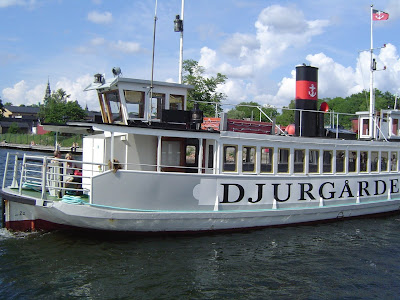 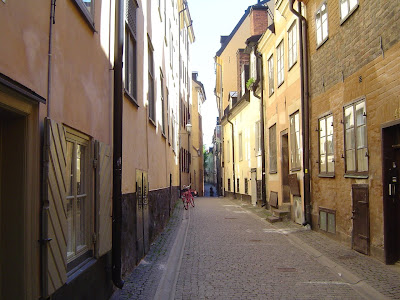 This is Marten Trotzig's Alley, the narrowest street in the city. 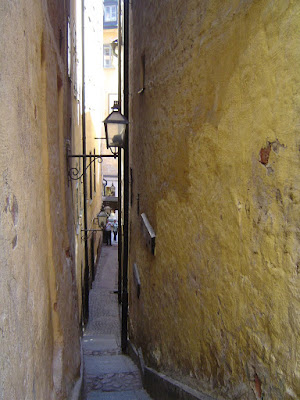 It never really gets dark in Stockholm in June, no real midnight sun, just a lovely twilight. I took this picture around ten in the evening. The spire to the left belongs to City Hall, a building famous for its design. The church spires to the right belong to the three churches in old town: Great Church, German Church, and Knight's Church. And yes, a lot of sailing takes place all around the city waters in the summertime. 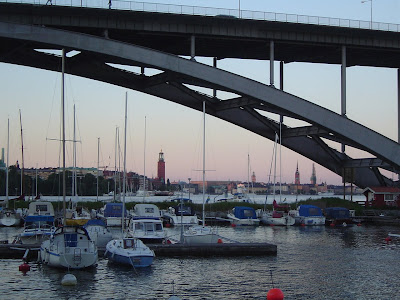 Go visit sometime in June, you will love it.
Posted by Inger at 1:48 PM