Welcome Manzanita, a new follower of my blog. And thank you all so much for your comments on Part 1 of my Childhood Christmas. I'm so happy to learn that this is of interest, both in a personal and general sense.
Today's treasure is the Yule goat or Julbocken in Swedish. To tell you the truth, I had no idea where this custom came from. So, Google came to the rescue once again.
My friend Rachael, who is part Finnish, said that she remembered the Finnish word for Santa in a comment to a post of mine. When I read it, I thought she meant the Yule goat. What she wrote looked much like the Swedish word for Julbocken ( is a bi-lingual country – Finnish and Swedish are both spoken there.) However, when I looked it up, I found that the Finnish word for Santa Claus is Joulupukki, also similar to what Rachael wrote. I learned that in pagan times, there lived an evil spirit in that appeared wearing goat skins and horns. Over time, and it said no one knows why or how, this evil spirit became a benevolent one that eventually turned into the Finnish version of Santa Claus.

Christmas folklore and traditions in and the other Nordic countries date back to pagan times. One explanation for the Swedish Yule goat stated that he originated with a goat that was a carrier for the god Thor. At first it seemed weird to me that the warrier god Thor, the god of thunder, a very powerful figure in our mythology, should have an important goat in his entourage. Then thinking about the scary goats of , I understood that in those days, goats were not the cute and adorable critters we see on the farms of today. Instead, there were some very scary aspects to them as they associated with the devil and represented evil spirits.
As I read on, I found out that in 17th century , the goat was also a symbol of the devil, but more for fun, as people would dress up in goat skins and horns to frighten their neighbors. Then in the 18th century, the goat figure in changed and for a time was the one that came bearing the gifts. I had no idea of any of this, but I'm glad that the adorable goat has by now been redeemed and taken his rightful place at the side of Santa in Swedish Christmas traditions. 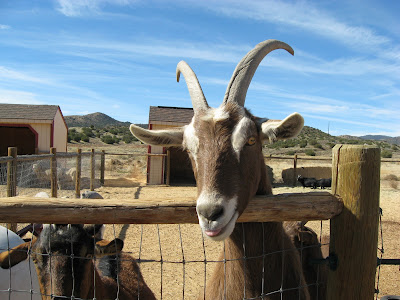