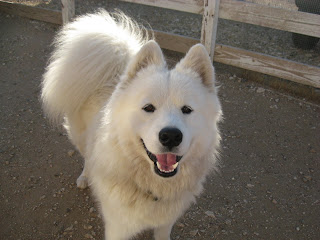 Samson Says:
Happy Halloween, everyone! Here are some creepy, crawly,  scary critters I saw last summer. I saved them up for you for Halloween: 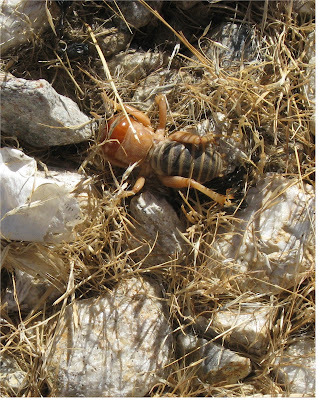 This one was so ugly, I didn't even want to chase him. Truth be told, he scared both me and Mommy -- she let out a big squeal and ran to fetch Daddy. He said it was just a potato bug, or if you like a better name: a Jerusalem Cricket. And that's where the bug should have stayed if you ask me, in Jerusalem, wherever that is, and I hope it's very far away. 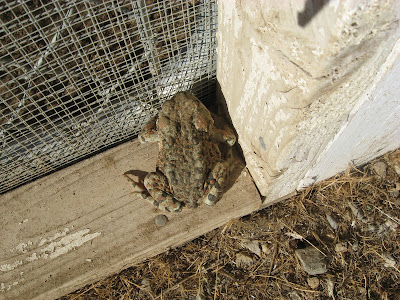 This one takes the prize for warts. And he has some poison he sprays in your mouth if you try to bite him. Soldier got it, but I learn fast and stayed far away. I think he's after us dogs because Mommy moved him to the garden where there is water and he kept coming back.....to torture and poison us, I bet. At least this time he couldn't get in, but he sure kept trying. 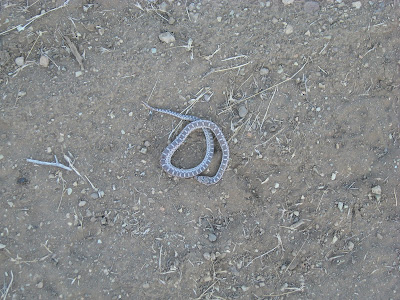 Then one morning we found this little snake and two others in the road, all three were dead. Good, I said to myself, but Mommy was sad because they were just babies. I sometimes don't understand the person race. Then the ravens came and ate the snakes! Personally, I'm glad my food comes in bags and cans! From the store. 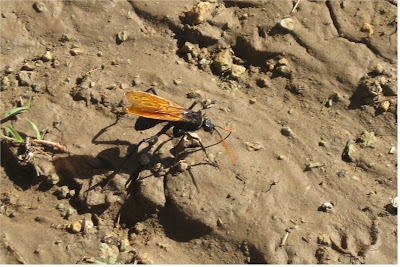 This last bug was the only pretty one. It was beautiful as it flew all over our yard, like a helicopter. It had a gorgeous blue body and orange wings. Mommy was running after it with her camera, trying to get a picture. Of course Mommy wasn't fast enough, but the critter was kind and sat down and posed so Mommy could get her picture. Then we rushed in the house and looked it up in Mommy's book: A Tarantula Hawk it's called. Persons are so strange: This is neither a tarantula nor a hawk... Well, guess I lucked out to be called a Samoyed, from the people my kind originally lived with. Called a Tribe. In Russia. On the Tundra. In Siberia. Yep, that's me. 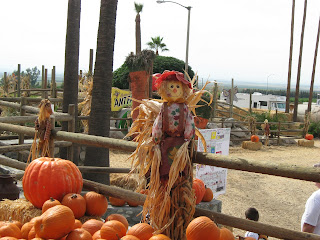 Bobbi, you better give Gracie lots of treats for Halloween or else I may send you a creepy crawly critter in the mail. He, he, he.... 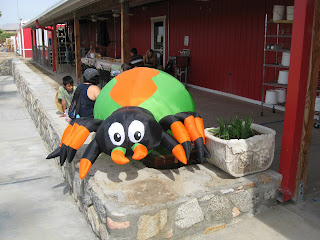 HAPPY HALLOWEEN, EVERYONE!
Posted by Samson, the Samoyed Pup
Posted by Inger at 7:35 AM