Looking For Bear Tracks In The First Snow 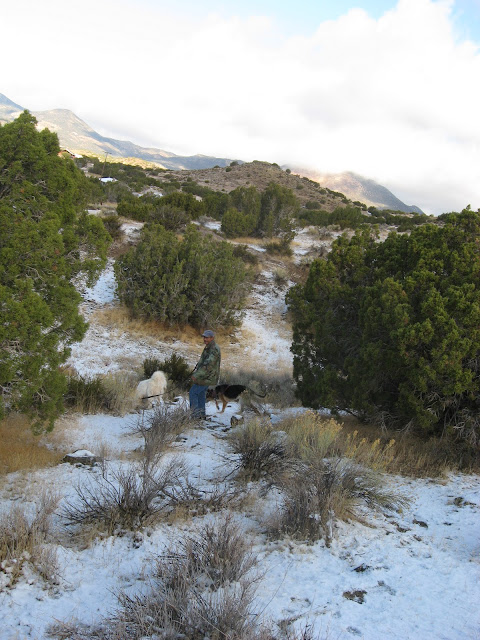 Yesterday, we woke up to the first snow, which cheered me up no end. As soon as I realized that it was really snow, that white stuff, I was up and out the door. My husband, Angel and Samson followed. 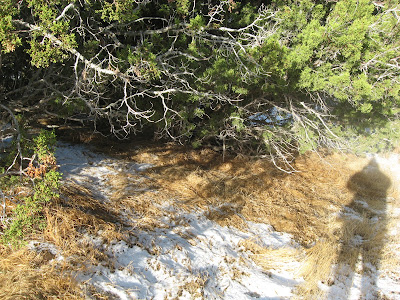 They had spotted bear tracks and scat a couple of times, so I wanted to see where. It turns out it was very close to the house. We saw no fresh tracks, but someone large had slept under this juniper tree and matted down the grass, 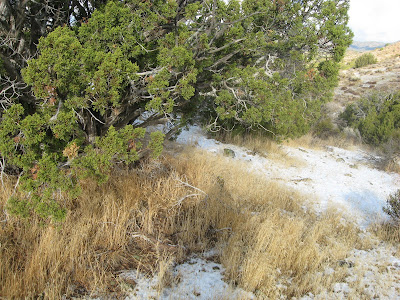 which looked like this when untouched under a neighboring tree. So someone slept there and I for one was glad the critter had moved on. 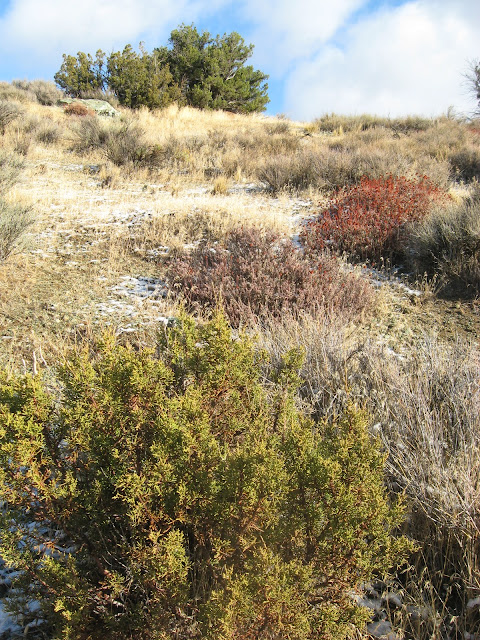 Beautiful colors of fall in the canyon. 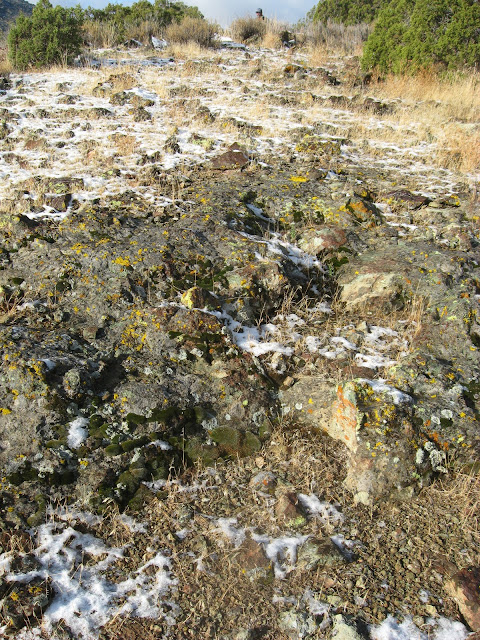 Lichen, moss, and snow on rocks. 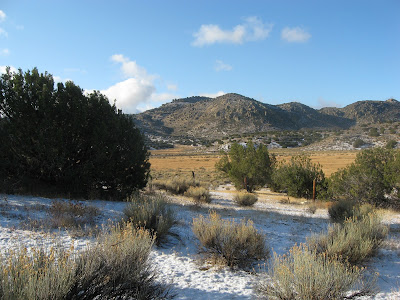 The short view was pretty nice too and 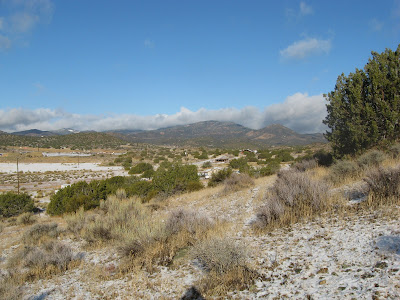 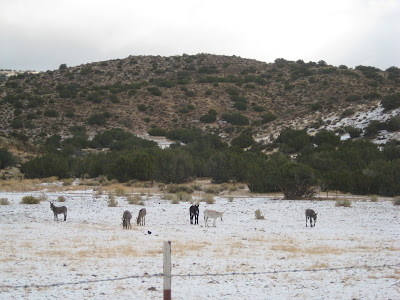 Donkeys in the snow. 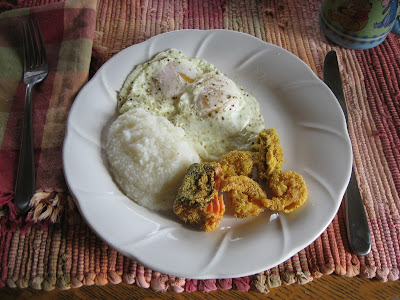 Back home, my husband fixed grits and eggs with left-over seafood for brunch.
Soldier was able to get up and go outside several times during the day. He negotiated all turns without that weak leg sliding underneath and making him sit down in an awkward position. And that, of course, was the best of all.
Posted by Inger at 6:48 AM