My Husband's Ancestor -- An American Inventor

My husband's father's family came from Germany in the late 1700s and settled in New Orleans, Louisiana. In the late 1800s, one of them became mayor of New Orleans and later governor of the state of Louisiana, but that's another story. The story I want to tell today, in honor of Black History Month, is of an ancestor on his mother's side, named Norbert Rillieux, 1806 - 1894.
To quote Wikipedia: 'Mr. Rillieux was an American inventor
and engineer who is most noted for his invention of the multiple-effect evaporator, en energy-efficient means of evaporating water. This invention was an important development in the growth of the sugar industry. Rillieux was a cousin of the painter Edgar Degas.' 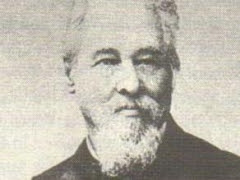 Norbert Rillieux's father was a wealthy white plantation owner, engineer, and inventor; his mother an African-American woman, who is sometimes is referred to as a slave, but in most accounts as a free person of color. His aunt, Marie Celeste Rillieux, was the grandmother of the painter Edgar Degas. Norbert was also related to Bernard Soulie, one of the wealthiest free black men in Louisiana at the time.

As a Creole, Norbert Rillieux was able to get a good education in Louisiana, where he was educated at private Catholic schools. He later traveled to France and studied physcis, mechanics, and engineering at the École Centrale. Fluent in French, he became an expert in steam engines and was also a skilled blacksmith and machinist.

The process of refining sugar was slow and expensive in the 1800s. While still in France, Norbert Rillieux began looking into ways of improving this process. He continued his work upon his return to New Orleans and patented his evaporator machine in 1843. I'm not going to describe this machine or what is has meant to the sugar industry, but if you are interested, please check Wikipedia here.  Suffice it to say that the new machine was so efficient that sugar makers soon covered the cost of the evaporators with the huge profits from the sugar produced by them. 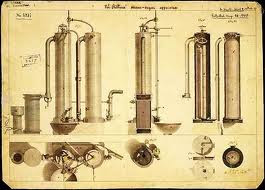 From the Internet
Norbert Rillieux also attempted to apply his engineering skills to dealing with an outbreak of Yellow Fever in New Orleans, presenting the city with a plan that would to a great extent eliminate mosquito breeding grounds. His plan was turned down by a state legislator, who had become his enemy. However, several years later the ongoing Yellow Fever problem was successfully addressed by white engineers, using a method very close to what Rillieux had proposed.

Norbert Rillieux spent his later years in Paris where began a study of Egyptology and hieroglyphics. He also created new inventions and spent time defending his patents.
Norbert Rillieux died in Paris in 1894 and is buried there. He left behind a legacy that revolutionized the sugar industry and thereby the way the world eats.
And I can testify to the fact that my mother-in-law was extremely fond of sugar, as is my husband to this day.
~~~~~~~~~~~~~~~~~~~~~~~~~~~~~~~~~~~~~
This time, the flu shot didn't protect me and I came down with this flu my husband has been fighting for several days. I haven't had a flu in over 20 years and I'm a huge fan of flu shots. But nothing is perfect and I feel really awful, so I wanted to let you know that I will not post anything here until I get better. Have a nice rest of the week everyone.
Posted by Inger at 9:26 AM