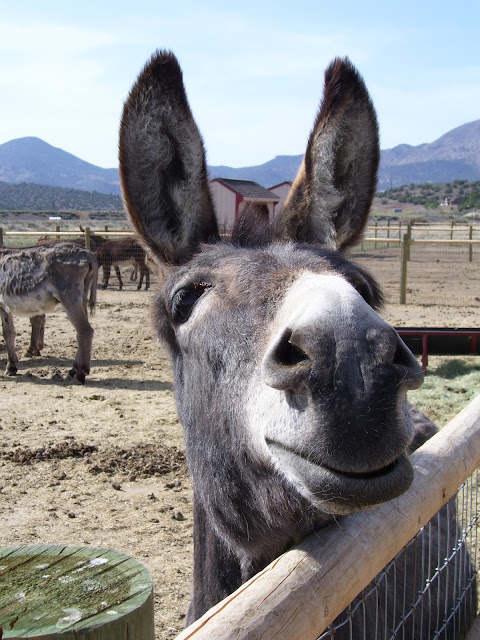 When I lived in the city, I didn't know much about donkeys. So if you read this in a city somewhere, I don't expect you to be particularly interested in this post, but I ask you to stick around for a moment. I will write a lot about donkeys in the weeks to come, but I will break it up and try not to bore you. You see, I have to write about donkeys because I need to ask as many people as possible to sign the petition at the top of my sidebar. 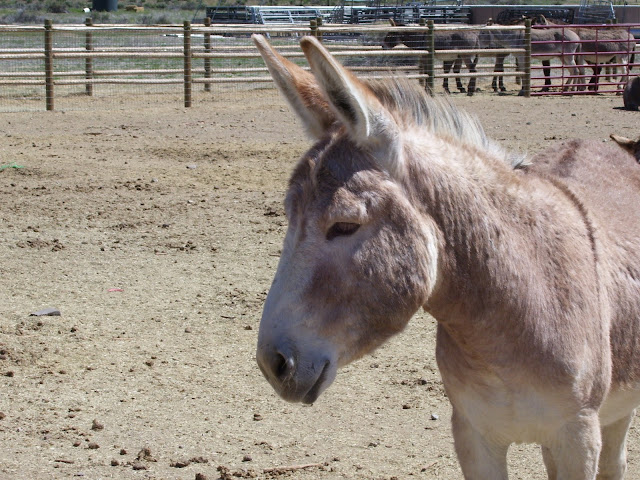 After I moved here, I worked at the donkey rescue next door for about a year and a half. I managed the gift shop, did office work, and wrote articles for a local paper and the rescue's newsletter. And that's where I learned that donkeys are the most misunderstood of animals. Some people think they are stupid, stubborn, obnoxious, and so on. This seems to give them a reason to abuse donkeys. 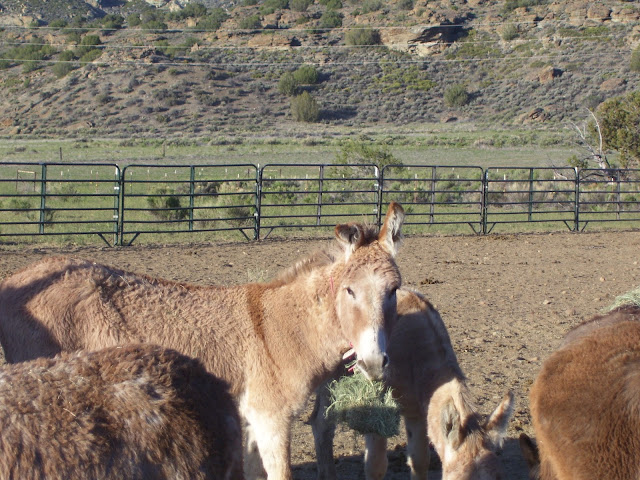 Donkeys were one of the first animals to be domesticated and throughout history has been one of man's best helpers. Donkeys trampled seed, turned millstones to grind grain, and pulled plows. They were the transport trucks of ancient times because, despite their small size, they can carry great loads. They need a fraction of what a horse needs to eat to sustain them, so they were economical. They are comfortable to ride and in ancient times, they were ridden by rich and poor alike. In the Bible, the donkey is the only animal God gives speech to (Numbers 22:28) and the animal that Jesus chose to ride into Jerusalem. In the Middle East, families care about their donkeys, and often decorate them with beads and ribbons. 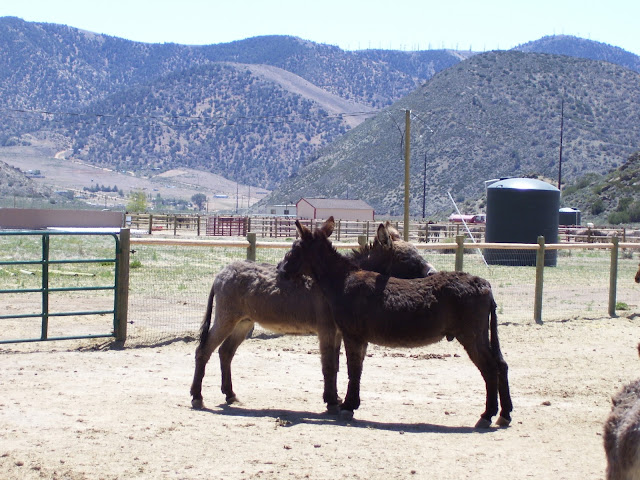 I learned that donkeys are highly intelligent, they are able to assess a situation, as Balaam's donkey did in the Bible, and if they feel it is not safe to proceed, nothing will make them move, thus they gained their stubborn reputation. Donkeys are also sensitive, loyal, and loving animals. They make best friends and if they lose their best friend, they mourn. Donkeys in the American West were abandoned when they were no longer needed, back in the late 1800s. They then formed herds and managed to survive and thrive in the harsh desert environment where they were left. Donkeys can dig four feet deep in the ground for water, they can kill mountain lions, and have no natural enemies here, but man. 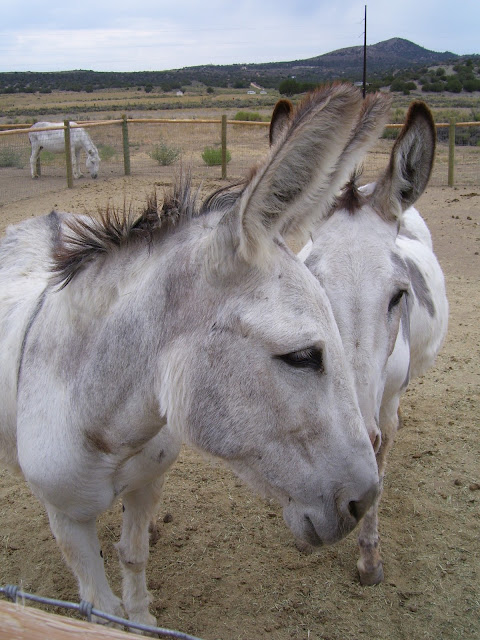 I learned about donkey roping while I worked at the rescue and was involved in whatever they were attempting to do to put a stop to it at the time. Most of the donkey rescue has moved to Texas, where unfortunately most of the practice of donkey roping takes place. Donkey roping has nothing to do with real cowboys, just with sick people who enjoy watching the torture and killing of innocent animals. 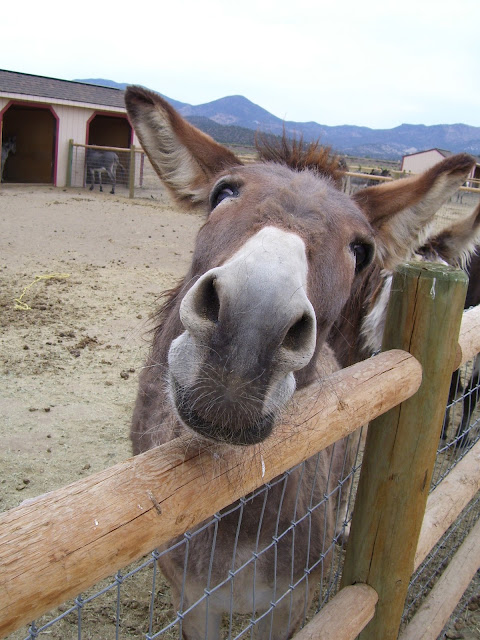 Thanks to social media, a "world championship" donkey roping event that was to take place this weekend was cancelled. Note that this has nothing to do with official rodeo events, which do not condone donkey roping. While this victory was wonderful, it was just one small battle won. Roping will continue and we need to put a stop to it NOW.  A petition is going around social media and the blogs right now to make donkey roping illegal. I posted it at the top of my sidebar and I ask you, my blogger friends, to please take a minute to fill in your name in support of the donkeys.


Tina in Canada and Dreaming in Colorado recently posted excellent posts about what donkeys can do -- one led her friends out of the Colorado fires to safety in a field where her  group of donkeys and horses were later rescued -- and also what donkey roping is all about. If you don't want to read these posts, let me tell you a little: Donkeys are not built like cattle and when roped their windpipes, which are more exposed than cattle's can get crushed and they suffocate, their legs break, their necks break, their backs break, they suffer incredible pain, while the audience sits there and laughs at them. They are frequently killed, which may be the best outcome for them since they will be permanently damaged, both physically and mentally from a donkey roping experience. Please sign the petition at the top of my sidebar.
Thank you so much.